Cande is a self-taught artist whose work reflects the style of the Rio Grande Valley. He began as a musician at the age of 10, and recorded his first album at 13. He traveled all over the U.S. and along the way gained knowledge and insight into the different regions of the country. He also works on a multimedia project called barrioPOP (barrioPOP.com) which explores his experience living in a Texas border town.

Lexi Ames is a student at Lawrence University in Appleton, WI where she studies biology. Art and science are closely related in her work, which generally involves highly detailed pen drawings that combine biological and folkloric aspects.

Olav’s work explores forms found in nature that have also been coopted in the visual culture of civilizations throughout the centuries. His practice exists in the intermediary between these two things. He primarily works in wood with the addition of other natural materials, and he lives and works in Appleton, WI.

Katy is a photographer and production designer from the Midwest who is currently pursuing a BFA in Art and Design for Photography at the University of Wisconsin-Milwaukee. Her work is often dramatically lit and explores emotional themes such as negotiating stressful periods in life or addressing the dual forces of discomfort and pleasure.

Donny’s practice involves the tension in the “in-betweens” or transitional spaces, and describes his work as being inspired by a “youth-stricken sense of adventure” which can lead to assemblages that have a “scene-of-the-crime aesthetic.” He earned an MFA in Sculpture from the Henry Radford Hope School of Art in 2014.

Maeve is an emerging artist who lives and works in Milwaukee, where she earned a BFA in Integrated Studio Arts from the Milwaukee Institute of Art and Design. Her work primarily utilizes the medium of video, which she has recently used to address the cultural codes and social constructs placed on women.

Heidi is a multimedia artist whose work is influenced by an interest in architecture and artistic outreach. From 2010-2014 she served as executive director of Visual Arts Minnesota and is currently pursuing a Masters in Arts and Cultural Leadership at the University of Minnesota.

Spencer is an artist and education who lives in Green Bay, WI. His work combines imaginative mechanical contraptions and photography that suggest a mysterious world with a throwback aesthetic.

Daniel works primarily in oil, dedicating his attention to the texture and richness of the paint itself on the surface. His paintings are usually mostly, if not entirely abstract, and take inspiration from nature. He lives and works in Green Bay.

Mel is an artist, curator, and arts advocate who works in a number of different kinds of media and is passionate about the power of creativity. She is based in Fond Du Lac, WI.

Elyse is an Appleton, WI-based artist whose work addresses themes of time as well as her own ephemeral existence. She is interested in the boundaries between waking life and dreams, and how our identities reflect these realms. She is currently undertaking an artist residency at Elsewhere Studios in Paonia, CO.

Sarah is a multimedia artist who very recently earned a BFA in 2-Dimensional Art from the University of Wisconsin-Oshkosh. Her work is primarily site-specific, responding to the environment it is in, by using bright hues and various kinds of paint and materials. She lives and works in Oshkosh.

Victor’s bright and occasionally comically unnerving work, he approaches the idea of humiliation — essentially, the awkwardness of being in the world. He holds a BFA  from the University of Florida.

Nicholas’ paintings assess the progression of painting using the 1990s as a turning point with the advent of more widely used digital tools. His pieces can be seen as presenting a journey of sorts from the initial (traditional) idea of painting, through its first digital modification, and finally the tactility of the paint on the canvas. Nicholas is based in Milwaukee, WI.

Mariana’s practice questions the very nature of questions — of uncertainty and its consequences. Her abstract works challenge the viewer to evaluate their own certainty or uncertainty in order to comprehend (or not) their existence in relation to the work. She lives and works in Appleton and holds a BFA in Studio Art from the University of Wisconsin-Stout.

Beth is a painter based in Appleton, with a studio in Oshkosh, WI, whose work explores emotional bonds and childhood memories. She is inspired by personal experiences in childhood, and her work, though often using a bright palette, often explores darker themes.

Shannon is currently a long-term artist-in-residence at Standard Projects in Hortonville, WI by way of New Orleans, LA. She studied sculpture at Savannah College of Art and Design and is interested in the crossover between craft and fine art, and how art responds to space. She is currently rehabbing an Airstream trailer.

Joni’s work explores the spiritual concept of dualism, in which each person consists of two separate yet connected parts: the body and the soul. The colors and shapes she employs in her work reflect florals, femininity and softness while at the same time resembling rotting meat, flesh, and the carnal. She lives and works in Minneapolis where she is also involved with Minneapolis Art Lending Library.

Calvin’s work centers around cultural preconceptions and misconceptions, and through the medium of collage, he attempts to break these down into parts. He earned a BFA in Integrated Studio Arts from the Milwaukee Institute of Art and Design and now lives and works in Scottsdale, AZ. 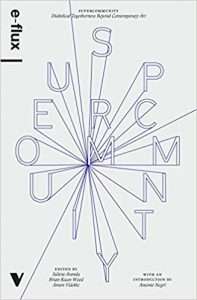