Here the in the Upper Midwest — otherwise known as the North (a stubbornly independent portion of the Midwest generally understood to include Wisconsin, Michigan’s Upper Peninsula – “da U.P.”– and Minnesota, and by extension: Iowa and the Dakotas)* we’re not exactly known for being a hotbed of contemporary art.  Other things that might come to mind: beer (which would be correct and is totally awesome), cheese (also awesome), dairy, corn, paper mills, deer hunting, musky and sturgeon fishing, the Green Bay Packers-Minnesota Vikings rivalry, buffalo plaid, snowmobiling, supper clubs, and the brandy Old Fashioned. So if I told you that I live in a mill town of 12,000 people in the semi-rural, semi-north of Wisconsin, would you believe how obsessed I am with global contemporary art?

I’m excited to start sharing some of my own thoughts on this site, which may range from practical info to straight-from-experience type of stuff. And I’m open to suggestions, so please take advantage of the comment section below, or shoot me an email. So I thought I’d start with something close to home by literally writing about home. And this is it: northeast Wisconsin. Although I was born in Oregon, I was raised here, and am currently here while I continue to develop projects. That’s really a lovely thing about it: it’s affordable, allowing room for travel, and it’s also full of genuinely nice people. A lot of places can say that, but they don’t call it “Midwest charm” for nothing.

So, back to Wisconsin not exactly being a center point of contemporary art…

Here, we have to drive pretty much everywhere. It feels pretty suburban. But like pretty much everywhere, if you know where to look, there are unique pockets of original artistic activity that are always shifting and redefining the landscape. There are a few small universities (the Wriston Galleries at Lawrence University in Appleton, WI, offer some pretty great shows), but no MFA programs unless you head south to Madison or Milwaukee. But in particular, the rural and semi-rural landscape has as much to offer as it does to gain from being open to new, creative developments. There are some amazing artist-led endeavors happening within a short hour or two drive from me – and all of them are pointedly non-urban, even if these projects have counterparts in larger cities elsewhere. And the rural nature of many of them allow for a distinctive radicalism that finds its home in seemingly the middle of nowhere – and that is kind of the point.

In some towns, you can be driving through what feels like downtown, but then there’s a corn field in the middle of it. Those downtowns are struggling to retain their businesses, and most small cities and towns have vacant main street spaces at unbelievably affordable prices. Some artists have sought out these tucked-away architectural gems in order to build workspaces, living spaces, and exhibition spaces that would be impossible in larger cities due to prohibitive costs.

My friend Claire Abitz, who is from here originally, but studied sculpture at Savannah College of Art and Design and did a stint as an exhibitions intern at MoMA in New York, decided to move home to a village called Hortonville that has a population of 3,000 people. She purchased an entire two-story former police station and turn it into a multi-use live-work space which now encompasses a large workshop, a retail shop, a sewing room with office space and studios, a music venue, a recording studio, spare rooms for visiting artists, and a private living area. It’s called Standard Projects (and it kicks ass).

Just twenty minutes up the road from that, outside of the tiny town of Manawa, is an unbelievably well-situated contemporary art space called Poor Farm, run by Milwaukee- and Chicago-based artists Michelle Grabner and Brad Killam. Every August, it is descended upon by artists and enthusiasts who pitch tents on the property and partake in a weekend of exhibitions, performances, and workshops. Initially Poor Farm presented solo exhibitions in a three-story, 19th-century, brick-and-mortar county poor farm that has been converted into a multilevel exhibition space. The last couple of years have included curated exhibitions that showcase socially- and politically-conscious works in all media from artists around the world. 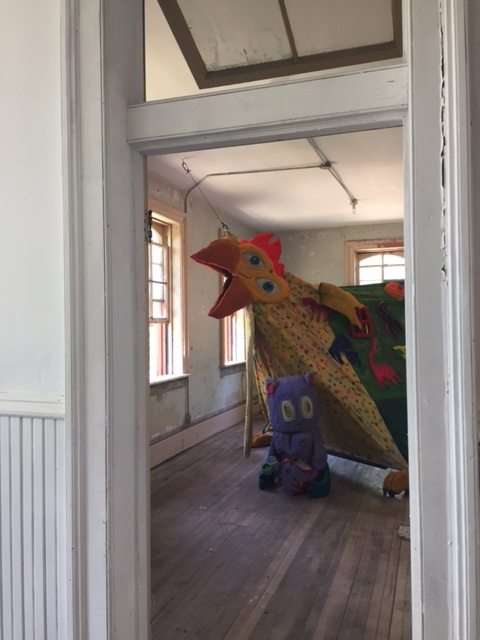 A bit further to the southwest, you can find the Farm/Art DTour, a rural contemporary art initiative that is connected to the Wormfarm Institute’s Fermentation Fest in Reedsburg, WI. Artists from around the country are commissioned to create original installations, performances, and interventions along 50 miles of country roads in Wisconsin’s so-called Driftless region (where the glacier never drifted during the last Ice Age), and visitors can follow via a map.

Wormfarm Institute is one of two major residency programs in Wisconsin situated on farms, the other being ACRE, which is connected to a program in Chicago. Both of them emphasize a connection to agriculture and their rural surroundings.

It does seem kind of weird to be based in a semi-rural area and focusing on activities that, at least most of the year, are not happening around here. But that’s the crux of it: if I can’t see it by hopping on a train and heading downtown to a gallery, I have to find it. Or make it myself. Or find like-minded folks, like Claire, who are also making it up as they go, and joining forces. It becomes a landscape dotted with do-it-yourself projects, occasionally avant-garde and progressive enough, like Poor Farm, to make international art news. And then it becomes a matter of embracing the rural as a space of development, of experimentation, of the alternative. Also, by being nowhere in terms of the art world, one can also sort of be everywhere. It’s both maddening and liberating at the same time.

Of course, there are several artist-run spaces in the cities, often subsidized by rent from studios in converted warehouses, such as The Pitch Project, After School Special, or Usable Space in Milwaukee. Other contemporary spaces like Portrait Society Gallery, Green Gallery and the Suburban (also run by Grabner and Killam) offer unique programming. And Chicago becomes a Midwestern cultural focal point because… well, it’s Chicago.

But it’s fascinating how often anything north of that is completely overlooked. When talking to people who aren’t from around here, it’s amusing how Wisconsin sort of exists as a concept, but a lot of folks can’t pinpoint exactly where it is. When I was in the UK recently, I encountered a conversation that has happened every time I’ve traveled, and it always goes something like: “Where are you from?” and I say, “Wisconsin – in the northern U.S.” If they look confused, I add, “North of Chicago,” and at least half the time I’m given a quizzical look and something along the lines of, “I’ve heard of it, but… north of Chicago? I thought that was just Canada!”

Northern geography is funny that way… Like I said, we’re stubbornly independent. I think the North wants to be left largely half-ignored, because those out-of-the-way places are usually the ones that offer the most unusual and idiosyncratic surprises.

*If you search the term “Upper Midwest” online, every map looks different. 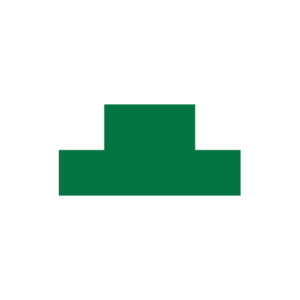 Battle the block: 9 ways to get out of a creative rut
Feeling at a creative loss? Creative block is pretty much inevitable. Whether…