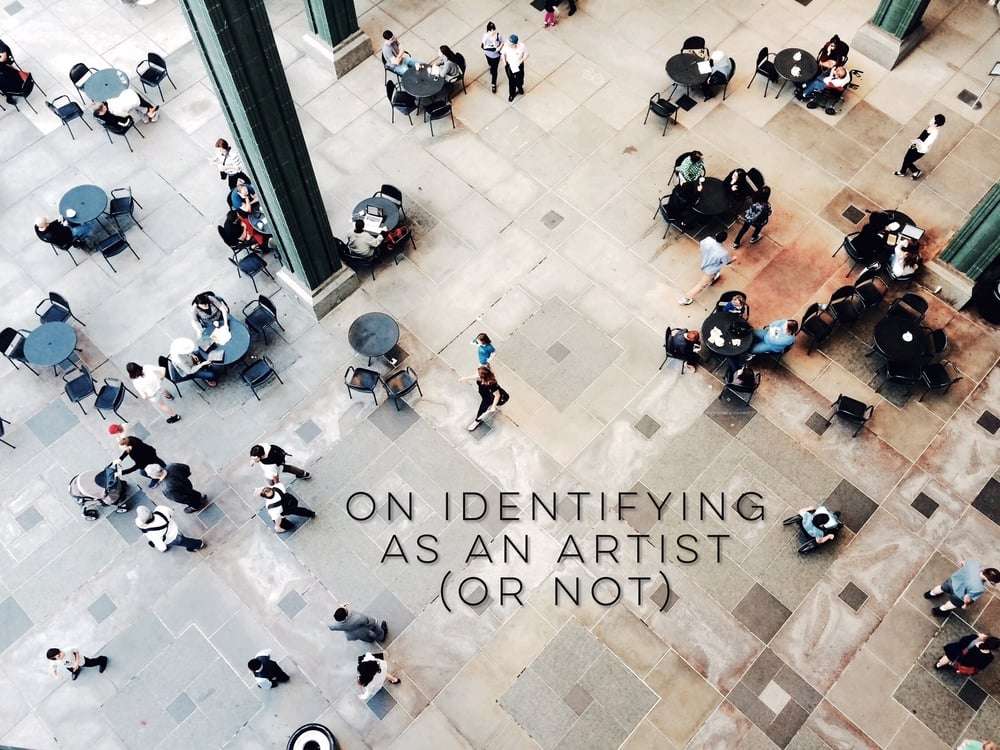 I began writing this while sitting at my kitchen table with a mason jar containing a rather strong g&t (how ever so hipster of you, Kate), and finding myself in rather a bit of a stupor of indecision about a Facebook update I received a couple of days ago. It’s fair to say that in the context of all of the global issues one could worry about, Kate Mothes’ pending Facebook requests aren’t what you’d call high on the list. Actually, you’d be right to wonder why the hell this even qualifies as something worthy of a blog post. Hopefully this will sound less trite by the end.

A lovely person who I met last winter for the first time, and also exhibited some artwork in a show I put together last spring, recently suggested via Facebook that I update my professional history to include that I am, or at least have been, an Artist. It’s one of those inane Wikipedia-via-Facebook pages that hundreds of thousands of people “like” (wow, I hate using quotations around social media terms), yet for some reason it’s been three days or so and I still can’t quite bring myself around to hit the “add to profile” button. The definition begins:

An artist a person engaged in one or more of any of a broad spectrum of activities related to creating art, practicing the arts, and/or demonstrating an art.

The phrase that begs the debate is “creating art, practicing the arts, and/or demonstrating an art.” In my line of work, or whatever you want to call all of this unpaid time and effort I put into organizing art exhibitions, writing a blog, and collaborating with artists, for some reason it feels like a big deal. Why do I hesitate to call myself an artist?

I touched on the subject very briefly in an earlier post about following art where it leads you, but the truth is that I’ve never felt comfortable describing or identifying myself as an artist, and I thought I might examine why that is.

I hold artists in the highest esteem. I unabashedly play into the centuries-old romantic notion of the artist. I embrace, giggle at, learn from, cherish, study, and by virtue of my interest propagate the persona of the artist. From the earliest childhood I have wanted to be an artist. My dad is an artist, and my mother works with textile. My sisters both draw and craft, and other relatives have worked in various intensive crafts like sewing, pottery, woodturning, glassblowing, and paper making. My family is full of creators. I went to art shows with my dad every summer as a teenager, traveling around the country in order to pitch a tent, hang some paintings, meet other artists, hopefully sell some work, and then do it all over again. I wanted the perceived lifestyle so badly that I never really understood what it meant to actually be an artist. The work that goes into it: the time, materials, cost, effort, competition, and vision.

Over the past year, a very good friend of mine reintroduced me to photography, and every time he brings up some recent discovery he has made, whether stylistically or mechanically, I actually envy him the bright and hyper energy that comes with creating something unique and all one’s own. It is beautifully pure, his desire; it is almost a compulsion to get out there and create, and in my estimation that alone makes him an artist. I have a feeling he wouldn’t necessarily warm to being called one, but it illustrates how different it feels to be called something as opposed to calling oneself something. Perhaps I’m wrong, but he’s probably less interested in finding a “style” than he is with documenting the world around him in a beautiful and compelling way, and preserving it for posterity, however within that goal there is a desire to create by means of practicing a skill. And he is, whether consciously or not, developing a style.

It is not necessarily remote from what I experience, but in my case, the work is not my own. I have described myself alternately as an organizer and a curator. I’ve heard the term artist-curator, and I believe there is a place for this distinction, but implies that these are two separate components or acts: one part is for the making of art, and the other part is for organizing it. I’m going to hazard that it should probably be heavier on the former, a solid ratio of 4:1 artist-to-curator, but of course I just made that up. This is a quasi-drunken opinion post after all!

I take issue with any curator who considers him or herself an artist if they don’t create original work outside of their curatorial projects. Unless they are actually involved in an artistic project as opposed to coordinating or exhibiting it, then they are not artists, and it’s pretentious to assume that because they create beautiful conceptual, artistic experiences that they are artists. The major problem with that is that all of the work within the project is not theirs, and claiming that by assembling it into a cohesive and interesting exhibition it becomes art, well… that’s just being silly.

It’s worth mentioning that the definition of a curator has changed quite a bit in the last few decades. For a very long time, a curator was someone who cared for museum collections, but in recent years it has begun to morph into a different kind of creative position, which can be independent or associated with an institution. Many curators are closely associated with and involved with the process of making art, seeing projects through from start to finish in order to realize a particular concept or theme.

Of course there is no judge of these things; if I called myself an artist, I doubt anyone would call me on it. But similar to being a writer, or a photographer, or a poet, or a dancer, or a comedian — one must actually earn the title. And the only way to earn it is by both being and doing it all the time. Calling oneself an artist is a privilege, and the same goes for being a curator, or any other label.

Every day I see the incredible amount of work that is invested in creating art, in sharing it with others, and trying to make a living from it. I’m on the fringes of that; I like to think that I am invested in others’ successes, and that my success is tied to those whom blog posts are about or whose work is shown in my shows. So no, I don’t think I’m an artist, because it’s not fair to say that I create work by using others’ work in order to do so. But I am a curator (a developing one at least), and I am an organizer. And importantly, I do identify as maker, a creator — but I’ll let the artists do their thing. Perhaps someday I’ll win that role, but for now I’m happy as can be to work with them every day. 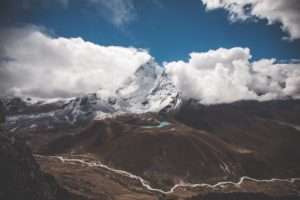