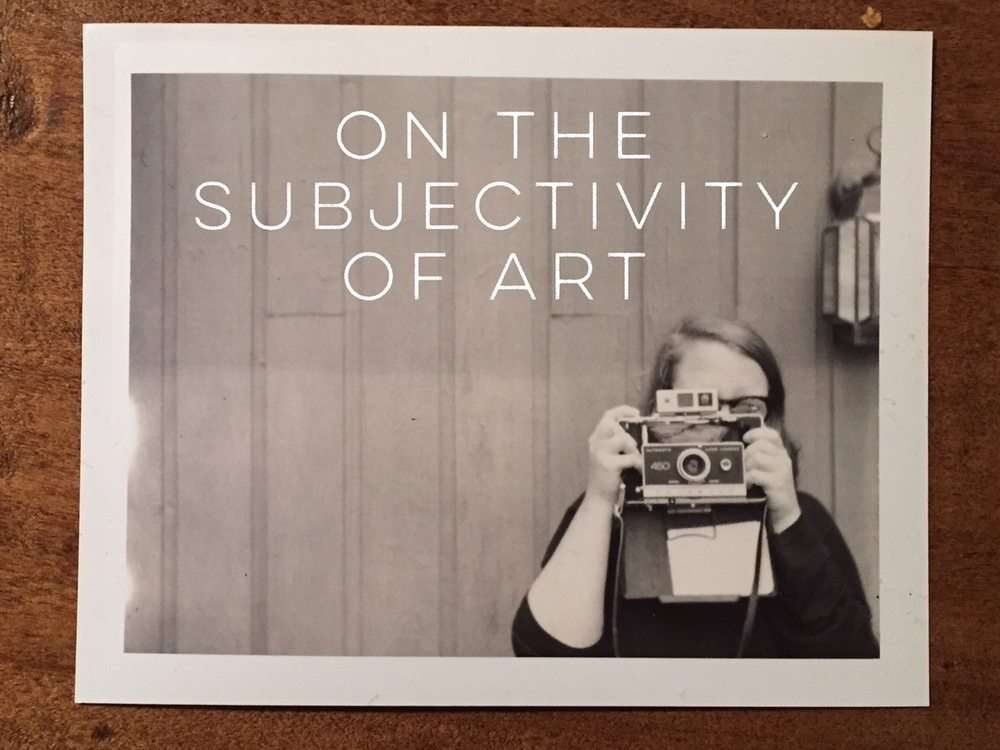 So I’m having a grad school flashback: just about every student researching the history of art has at some point found Clive Bell’s theory of aesthetics. (Bear with me.) I see the title Significant Form and get an automatic twist in my stomach. Yet I’m drawn to this theory, because even though Bell’s “Art and Significant Form,” a treatise on aesthetics, was written over a hundred years ago, it is still a benchmark for art historians. It begins: “It is improbable that more nonsense has been written about aesthetics than about anything else: the literature of the subject is not large enough for that.”

True that, Bell. True that.

In short, Bell maps a theory in which the experience of art is entirely subjective. “Significant form” is Bell’s terminology for the otherwise inexplicable quality that sets art apart from other objects and causes one to experience it, or to feel an emotion because of it. He claims that while an intellectual and logical person might be able to try to argue that a utilitarian object like a handsaw is a piece of art, what they lack is the ability to feel something aesthetically for that handsaw. So Bell deduces that the handsaw cannot be art. On the other hand, an aesthetically/emotionally sensitive person, who lacks the ability to logically argue what is art and what is not, will not be able to differentiate between good or bad art. So Bell makes clear that someone who theorizes most correctly about aesthetics possesses both “artistic sensibility and a turn for clear thinking.” But what this ultimately leads to is that a well-informed person is still subjective about art. And herein lies one of the many half-truths of art: it is all so goddamn subjective.

You’re probably starting to get the picture. I’m not implying that the powers that be of the art world are trying to pull the wool over our eyes (am I?), but the art world is a difficult space to navigate. It’s like a game–a sometimes not-so-fun, occasionally boring, seemingly endless Monopoly game. There are things that we (the artists and individuals) understand as truth, such as the “fact” that Vincent Van Gogh was a hella good painter. On the other hand, perhaps Renoir was not. We are constantly being measured against what has already been done, while simultaneously trying to bring something new to the table. This puts us in a precarious position of allowing our work to be presented to the very same powers that be (the gallerists, the curators, the collectors, etc.) and they, essentially, decide whether we belong in the good bin or the bad bin.

Bring it on, subjectivity.

The Amateur and the Seasoned Artist

You’re nineteen years old and in your first year of art school. You’re studying hard, attending all of your courses, and getting involved in the practice of art-making. You receive good grades; your professors tell you that you are making great progress. You decided to submit a painting to a juried exhibition. It is rejected, and you are a bit stunned by this. A few years pass. You have found a style, or an artistic language that you have settled into, and you continue to paint. One day, you stumbled upon the painting you submitted as a nineteen year-old and you laugh/wince/scoff, remembering how good you thought it was. And yet how amateurish and unpracticed it appears to you now. The emotional impact of your own work is changed by your own experience in art, both through the practice of making and through seeing other art and gaining a knowledge base. But what is good art and what is bad?

Some might argue that some sort of objectivity should be applied to our appreciation of art. This is so that we can talk about good and bad art in a practical and meaningful way, where improvements can be made and feelings won’t get hurt. The imaginary nineteen year-old art student in the above scenario could have been so negatively influenced by the rejection of his/her amateur painting that the pursuit of art was given up entirely. Or it could alternatively have spurred much more work, perhaps in a different direction. On the other hand, that very same painting, at once rejected from a juried art show, might have been spotted by an art collector with cash to blow and a particular taste in painting. By virtue of this collector adding this painting to his collection, it has now been elevated to a new strata of art, putting it among other “high art” contenders, and rightly or wrongly, the artist might continue to make amateurish paintings because it was what happened to be attractive to a select few people at a particularly time, in a particular place. So, does that make it good? Or is it still bad art that happens to find itself appreciated by the right person at the right time?

The Good, the Bad, and the Just Don’t Know

Who decides what is good and what is bad art? How can we talk about bad art without causing personal affront, and how can we better explain the reasons that make good art so good? We know that art is innately valuable because humans have been creating it, whether on cave walls or stretched canvases, for thousands and thousands of years. But today we are often more concerned with the monetary value of an artwork, which often gives the misguided impression that because someone with apparently good taste paid a lot of cold, hard cash for a not-so-great painting, that there must be something about that painting worth paying attention to. This is an extreme example, but just who is doing all of the deciding about what is good and what is not?

Oh, wait, you think I know?

….just kidding! *winky* But seriously — I’ll cut it down to the lean meat. I could write a bulleted list of all of the factors that play into why we look at some art as good and some art as bad (things like cultural influences, museum walls, craftsmanship, training, and so on), but what I really mean to say is that there is no almighty Decider of Art Decisions. There’s a tacit understanding within a huge league of arts folks (curators, gallerists, artists, educators, collectors, and to some extent the general public) that when you know other people who have good taste, you simply trust them when they say something is good. Do I like this? Yes. Is it good? Maybe. Does someone else like this? Yes. Is it good? Probably. Do a lot of other people like this? Yep. Is it good? SURE.

On using subjectivity for good, not evil

Remembering how subjective our own appreciation of art is, and how subjective the entire art world is, is a double-sided coin. On one side, you can challenge any theory or norm if you can convincingly illustrate why a new or different method, perspective, or understanding makes as much (or more) sense. On the other side, you’re left with the unending and sometimes paralyzing fear that what you are doing, making, or hypothesizing is not correct. Because not only is an artist subjective in the making of an artwork, but the viewer is as well, and one can never full understand everyone else’s emotions, experiences, or intentions. A double-edged sword indeed!

Personally, as an an arts organizer (I prefer that term to “curator”) with a background in history, I take comfort in subjectivity, knowing that at any point, with the right resources, evidence, and gumption, I can make any assertion I damn well please. And I appreciate when an artist takes this tact with his/her practice–when understanding the how and why of art appreciation is just as important as simply giving it a go, and seeing if it sticks. Perhaps it’s luck. Perhaps it’s money. Perhaps it’s innate talent. Or it’s all of these and a little bit of some other mysterious thing. But the point is that subjectivity is subject to itself. That is, it is subject to change, and one simply never really knows what one’s self, let alone someone else, is going to think or feel until it happens.

Go with your gut

So, to sum up a bit, it makes more sense to make art and appreciate art only as you feel it most genuinely, rather than trying to calculate how someone else, or the competitive art market, is going to respond to it. Don’t worry about whether it’ll be acceptable or not–just do it. If you make it, own it. If you like it, you know why, even if you can’t explain it. That’s the thing about emotion–it’s often difficult to categorize with words, and that’s perfectly fine. 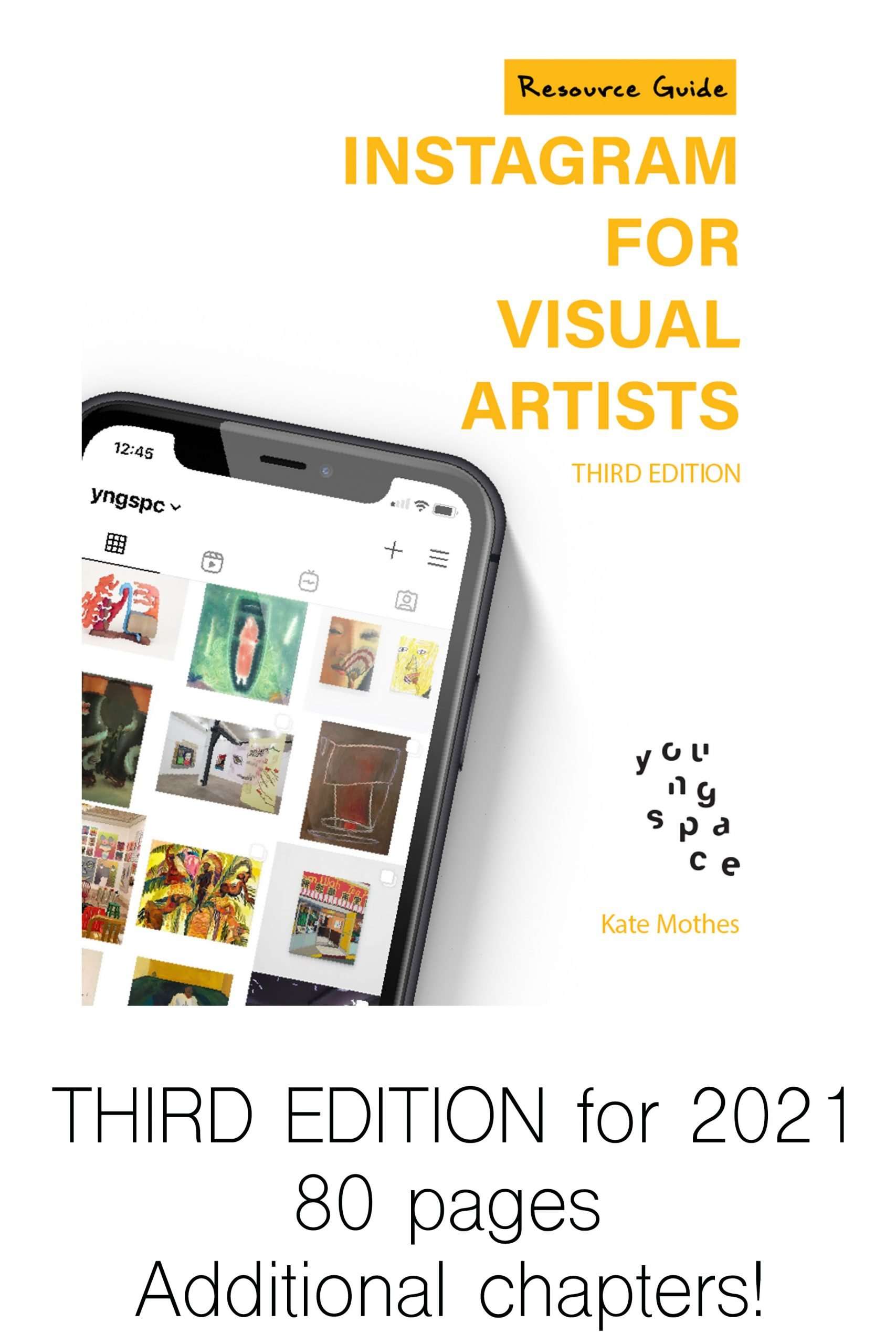 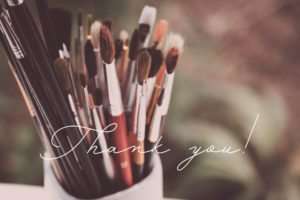 Thank you!
A very big thank you to all of the artists who submitted…