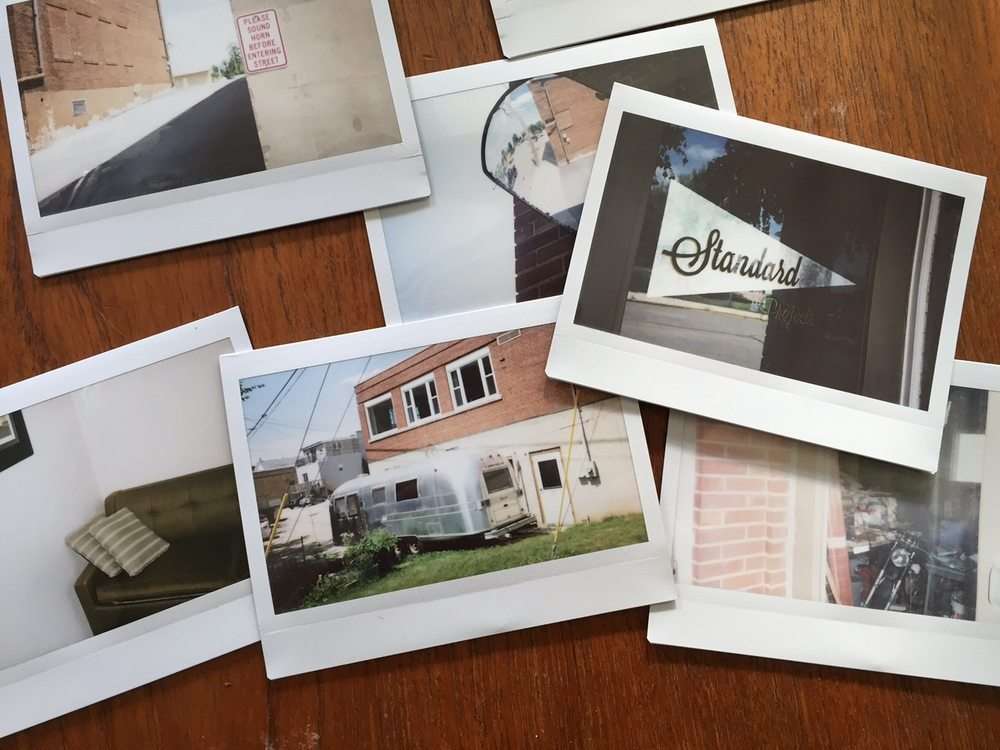 One of the best things about this summer is the trip I get to make out to Standard Projects every other week or so, to meet up with the friends and artists who have been gradually turning this space into a one-of-a-kind maker space.

That phrase, “maker space,” gets thrown around a lot these days in community art circles. It’s catchy, hip, and certainly romantic; artists make their art in order to share their experiences, beliefs, or selves, and one way to do that effectively is to make art in a shared space with other like minds. Realistically, this is much easier said than done. Much like related buzzwords “placemaking” or “creative economy,” it’s one thing to plan or design a space where creatives can mingle, but it’s another entirely to put one’s nose to the grindstone and organically construct a space, from the ground up, that is both conducive and inviting to artists who wish to share that space or community. I use the term “community” loosely here–less in the sense of an entire village, for example, and more like a loosely formed group of individuals who incidentally may also be part of the village. It’s a fine line, but the difference is paramount between the “build it and they will come” mentality, and the natural progression of artistic involvement and creative exchange that happens when likeminded creatives simply start creating near or with one another.

When I visited Standard Projects this past weekend to meet and visit with resident artist Robert Fraher, I felt that this little maker space had truly come into itself. It was certainly through Fraher’s project that I believe we all, and especially SP owner Claire Abitz, saw for the first time that it had culminated in what she had hoped it would be from the start: a community.

Robert is a professor at the University of Wisconsin-Stout. He was visiting for the week to work on a Standard Projects-focused interactive web project. Using digital photography as well as image editing technology and programming languages, he had set out to create a virtual experience of place and time, which emphasizes architecture, ideologies of space, and the Japanese philosophy of wabi sabi. The piece, in its very early stages, begins with images exploring four areas of Standard Projects and the work that is done there: Claire’s workshop filled with sewing machines; Standard Projects co-pilot Nic’s garage space where he creates fixtures and wearables from wood; long-term resident artist Shannon’s Airstream reconstruction project; and the communal spaces where artists and friends meet to share ideas and relax.

When I arrived on Friday evening, Nic was in the garage finishing up a new turntable shelf that would fit both the player and the receiver, built out of reclaimed pallet wood. Claire was taking a short break from dinner preparation, and showed me plans for the front space of the building, which had gradually filled with amazing garage sale finds and scraps taken from derelict buildings. Robert was in the process of setting up a shoot that would encapsulate the final portion of the project: a dinner party, of which I was to be a part! Although I play many roles in organizing and keeping up with Young Space projects, when it comes to blog-writing I’m used to being just on the perimeter of things. Somewhat like a journalist, I ask questions, observe, reflect, and respond to what I’ve seen, but it’s unusual to be involved in the work. It was an especially gratifying opportunity to witness Robert’s process first hand by being a part of the project, in addition to talking to him about the ideas behind it.

For better or worse, we encountered some serious weather when I first arrived in Hortonville that day. I met Robert for the first time while we all stood out on the sidewalk, oohing and ahhing at the clouds that rolled over, trying to keep the windblown dust from the road from getting in our eyes. While we waited out a small rainstorm, complete with a bit of hail, Robert patiently went through the premise of the project and shared the draft of the work he had accomplished during the week. It was beautiful.

Adapting text from book by architect and theorist Christopher Alexander, The Timeless Way of Building, he had begun to create an interactive online space in which text leads the visitor/observer, through digital manipulation, through the four previously mentioned spaces in the building. The project explores variations on impermanence, imperfection, and the passage of time. How does one introduce a sense of imperfection, or interpret a space or an experience as time passes? How does one interact with this information — how deep to dig, how much to figure out?

His project has months to go before completion, but the experience of Standard Projects during this visit, simply put into italics through the work of Robert Fraher, is the significance of this sort of communal creative space–not only in this part of Wisconsin, but in a general sense of the arts. Through art and the constant, almost obsessive flow of ideas in this place, original work is made, experience and networks are drawn on, and future plans are drafted. Between preparing veggies for tacos, Nic had installed the turntable shelf on the wall and was hanging reclaimed midcentury modern light fixtures in the kitchen — which had gotten a brand new marble tile floor since the last time I had visited. Shannon was flitting between helping Robert set up the photo shoot, and chatting about the future of the Airstream with friend and designer John. A couple of other friends made margaritas, plunked away on the piano, plans were made to get together to sew in the workshop. Standard Projects is always a work in progress, as it should be.

To seek the timeless way we must first know the quality without a name. There is a central quality which is the root criterion of life and spirit in a man, a town, a building, or a wilderness. This quality is objective and precise, but it cannot be named. — Christopher Alexander

More information can be found at robertfraher.com (currently getting a re-do) as well as stndrdprjcts.com. 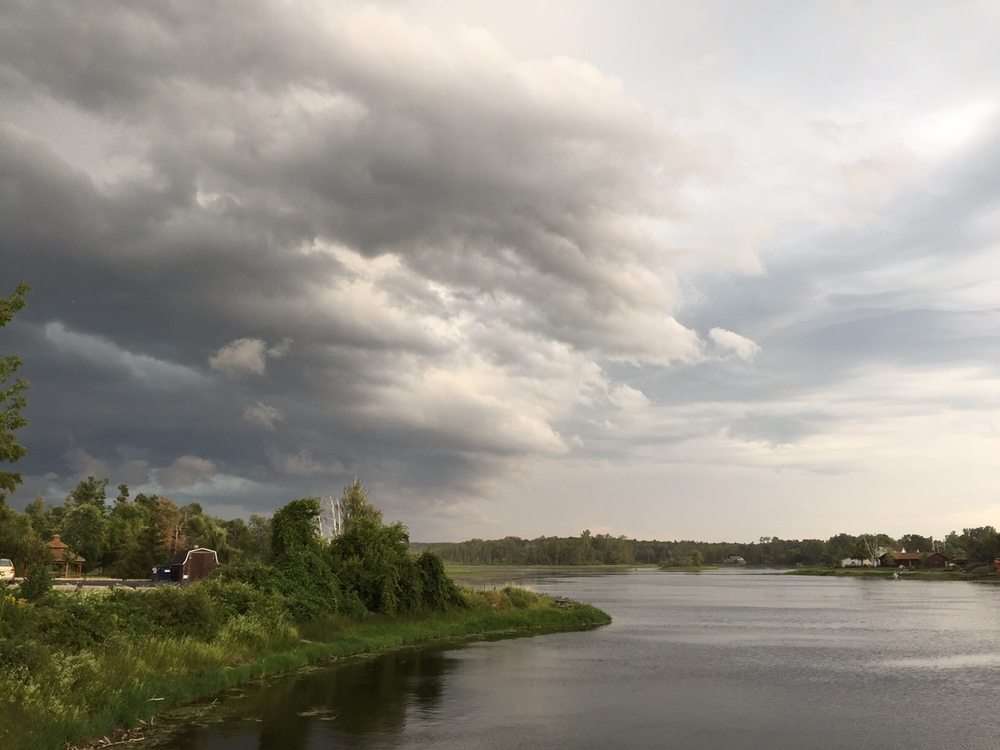 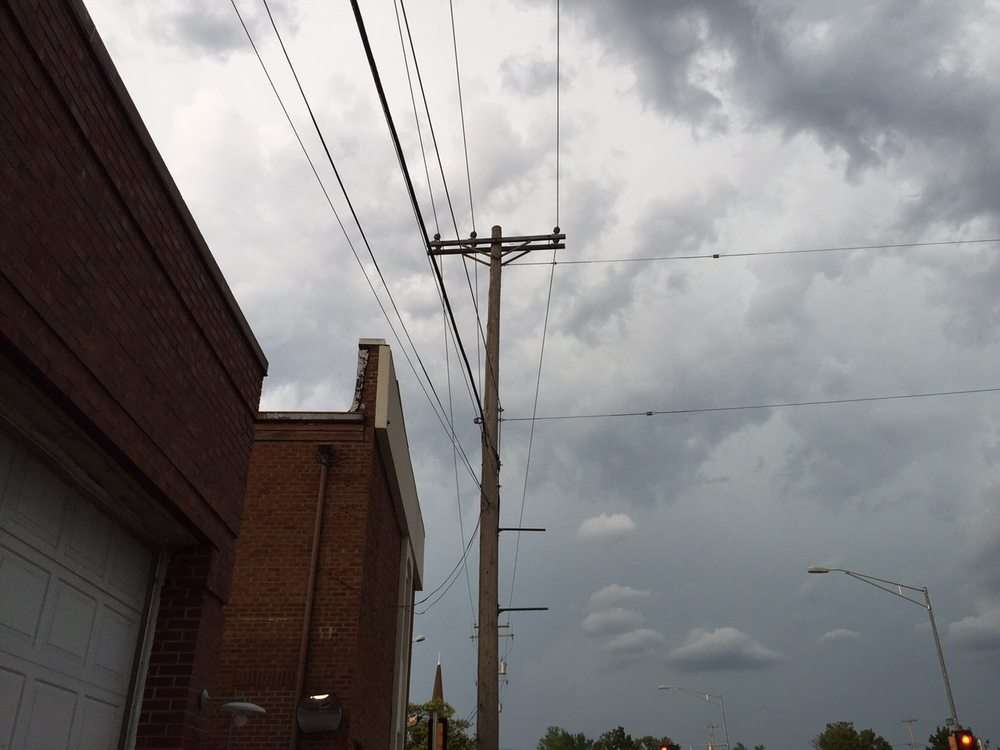 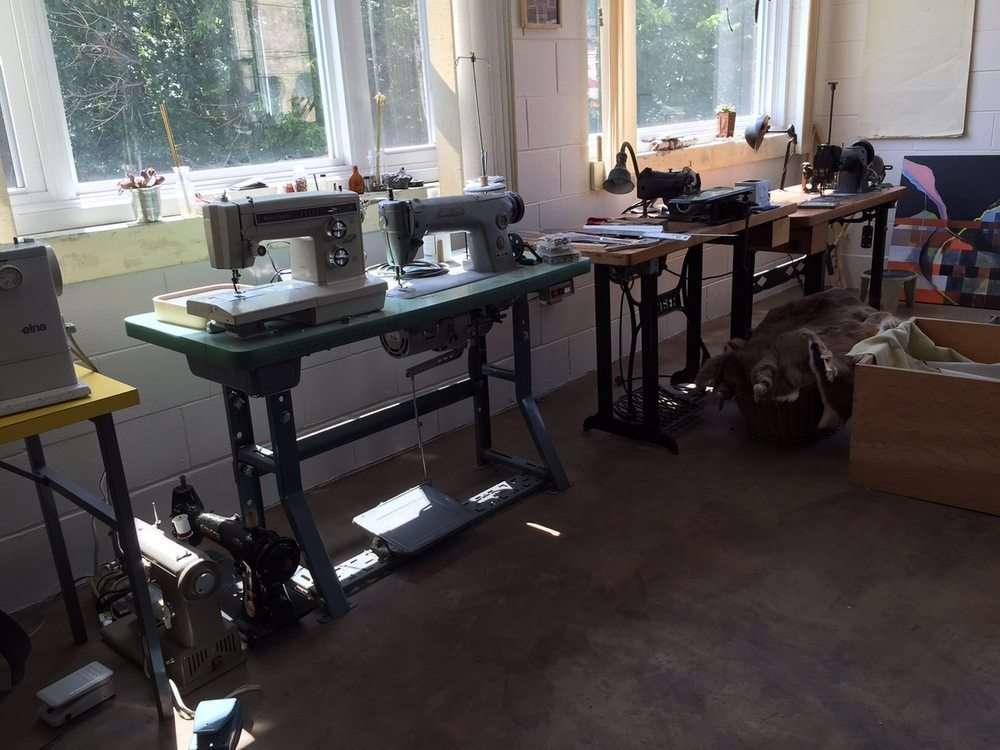 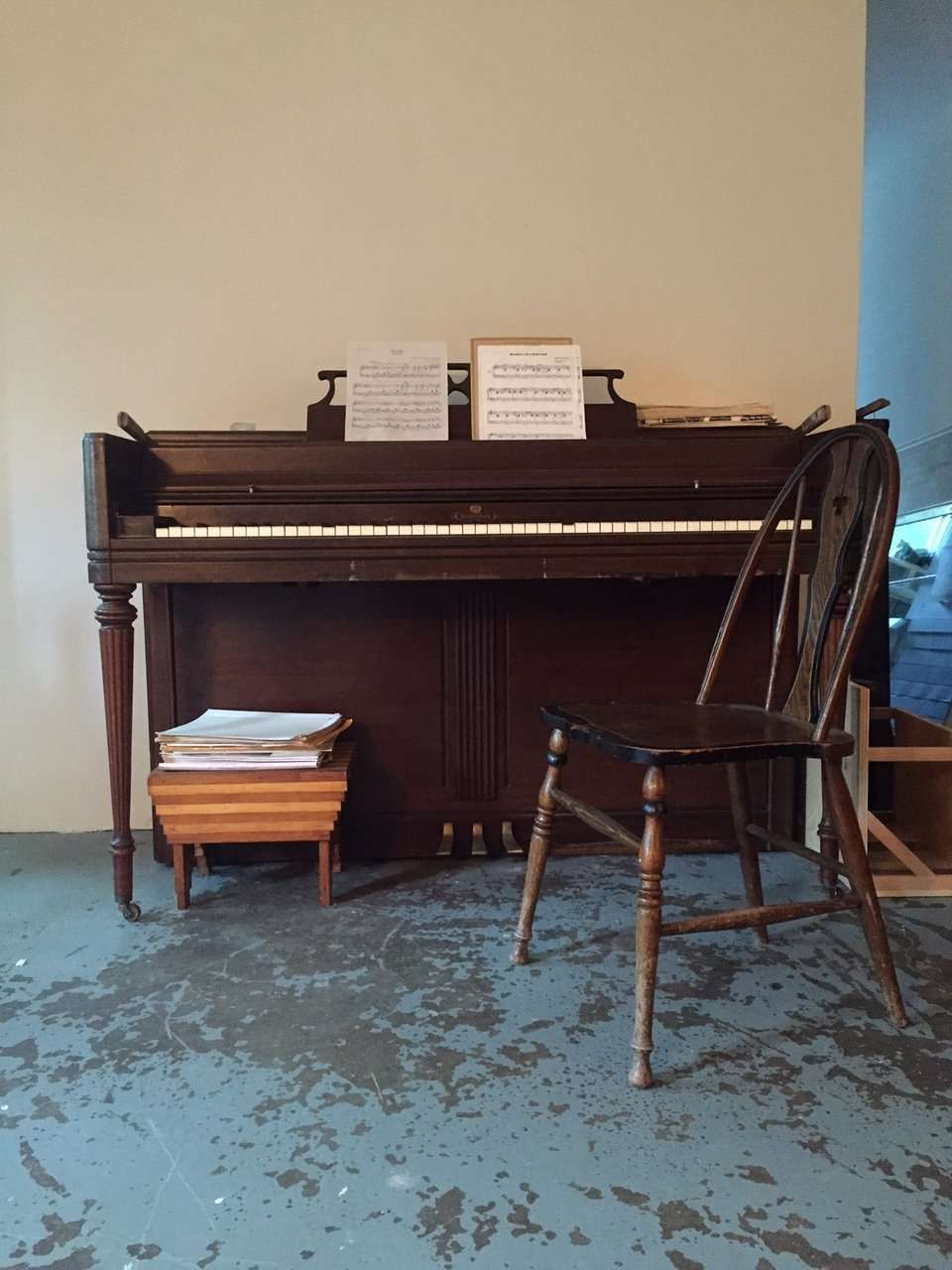 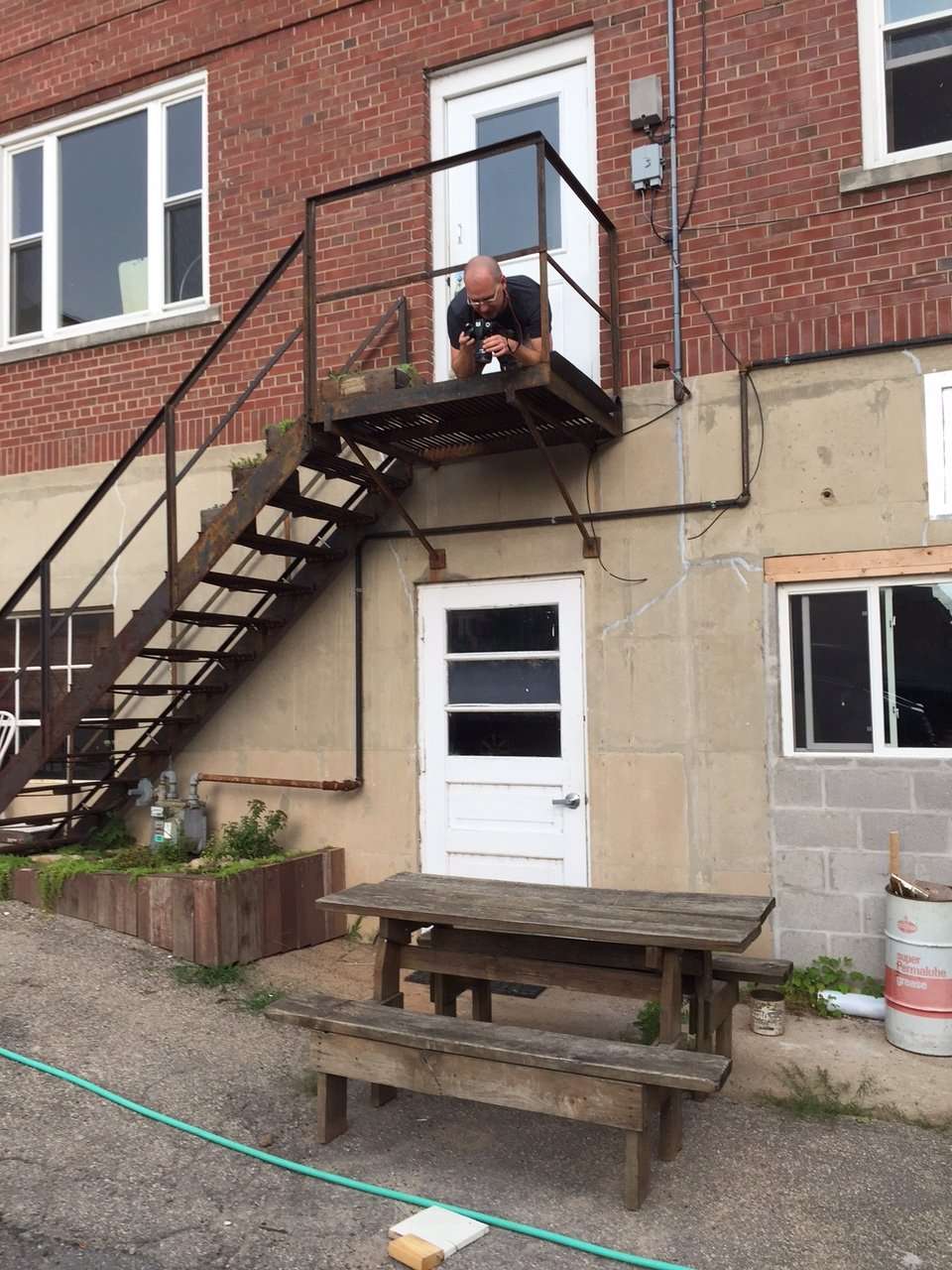 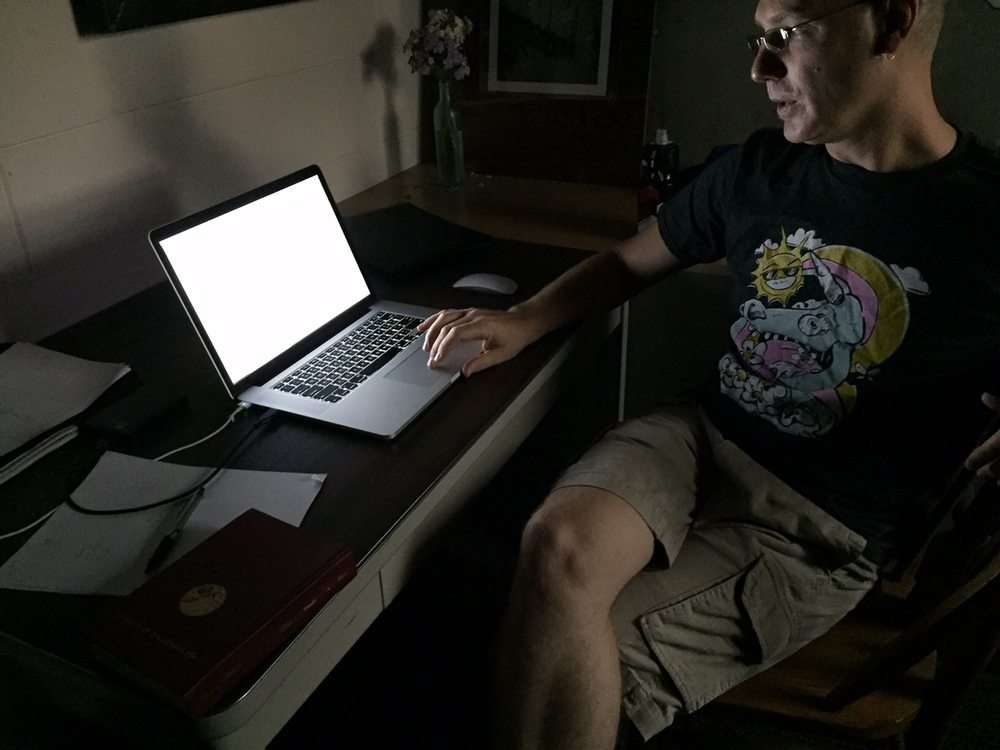 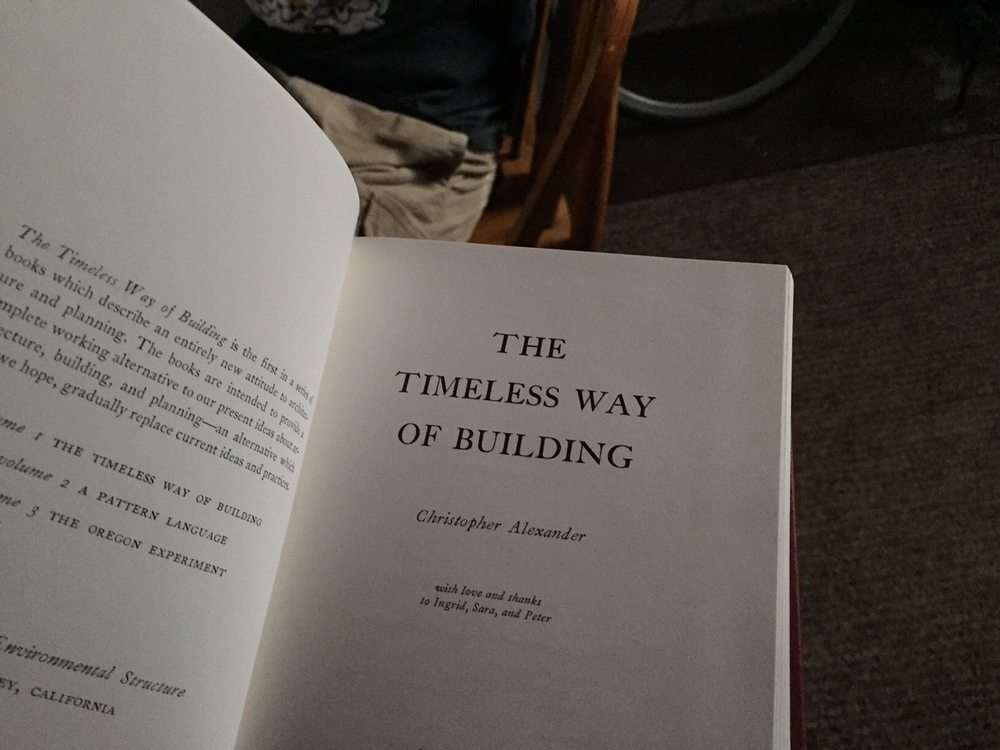 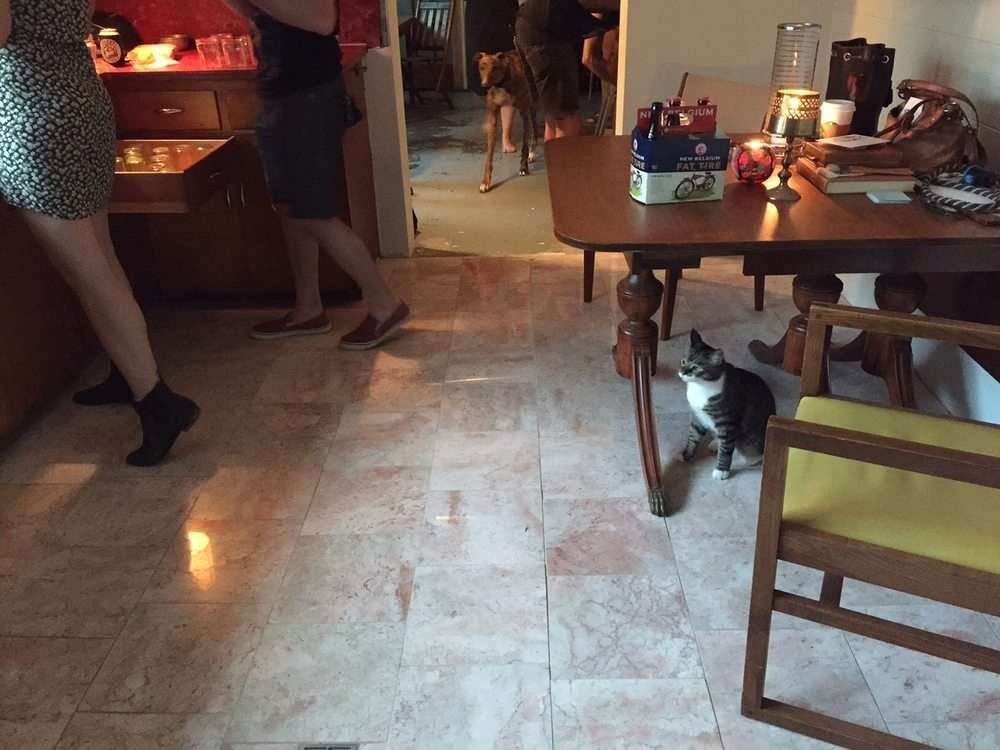 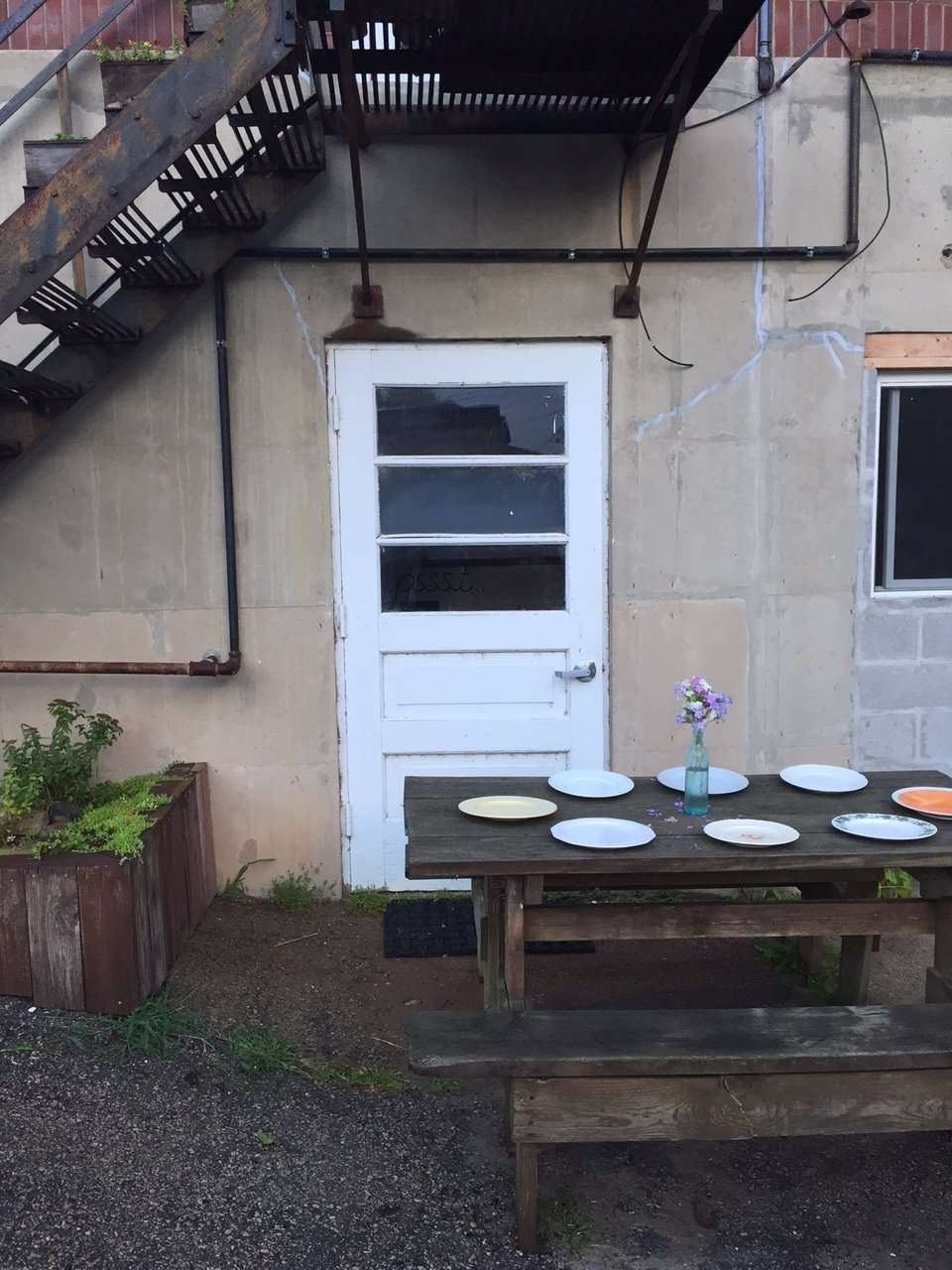 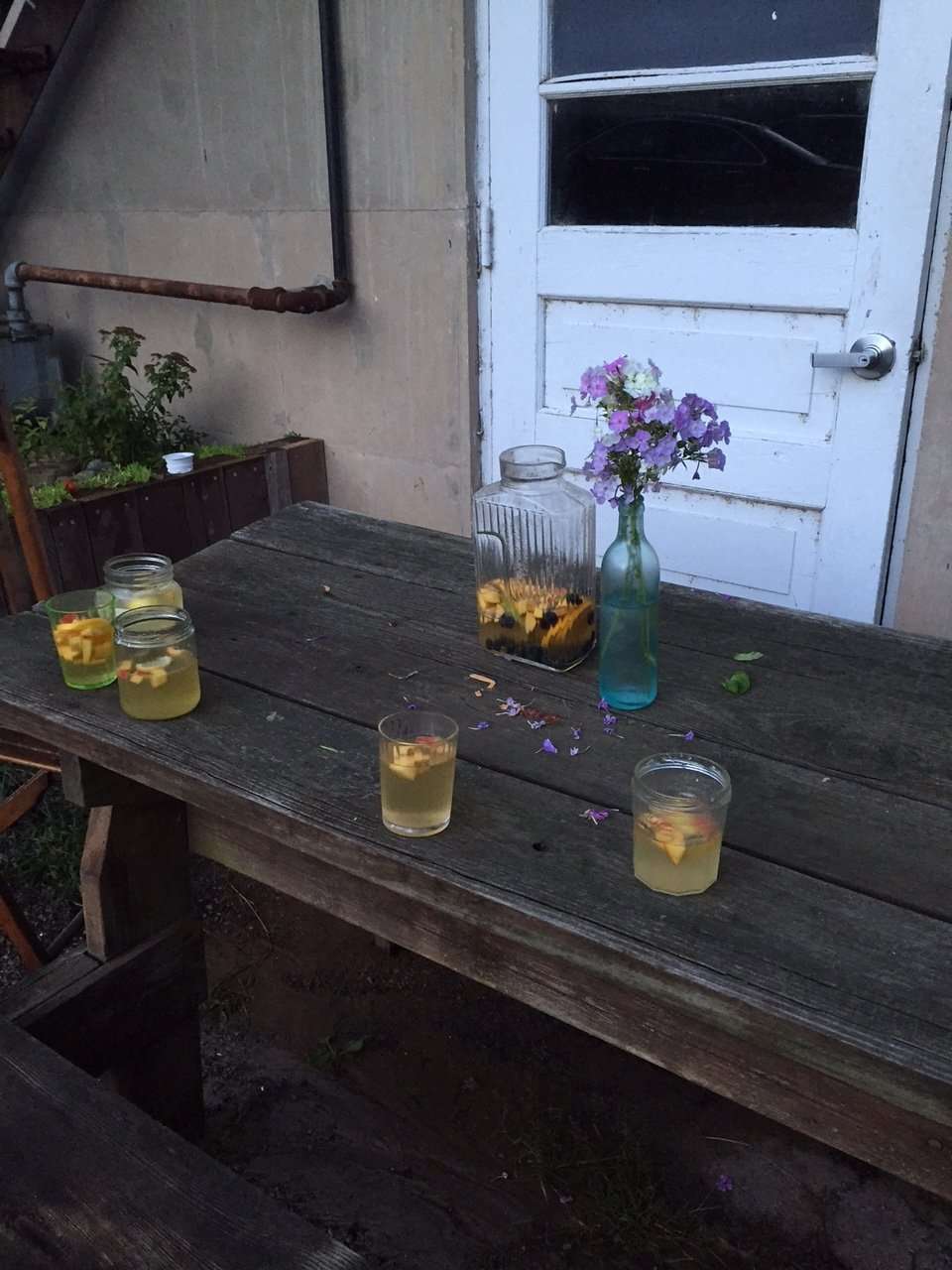 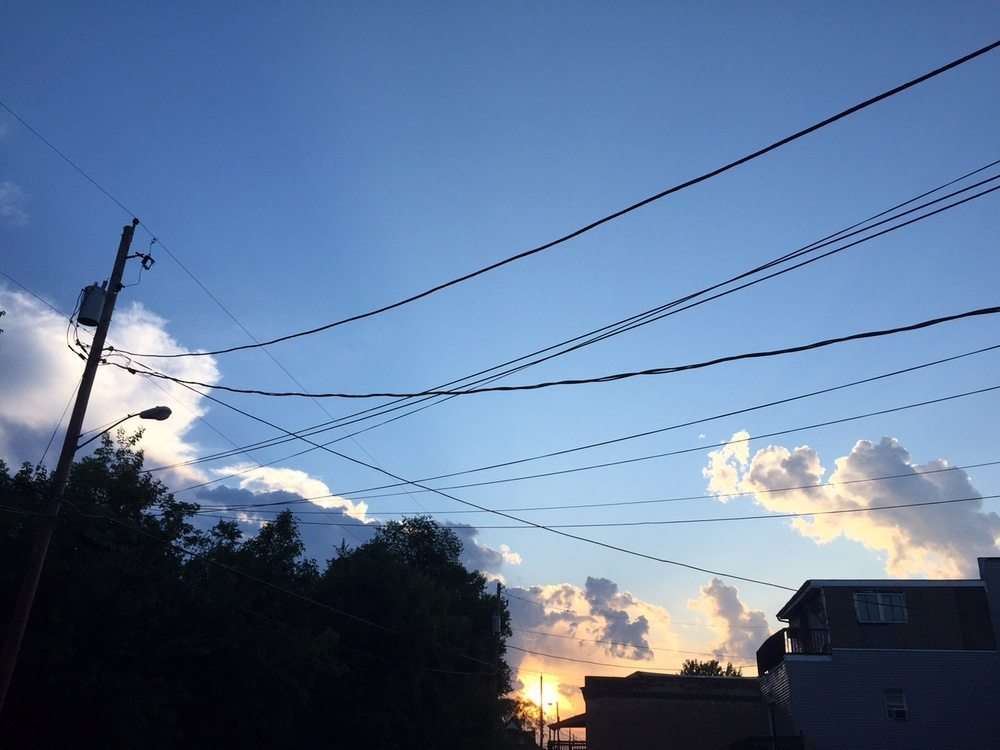 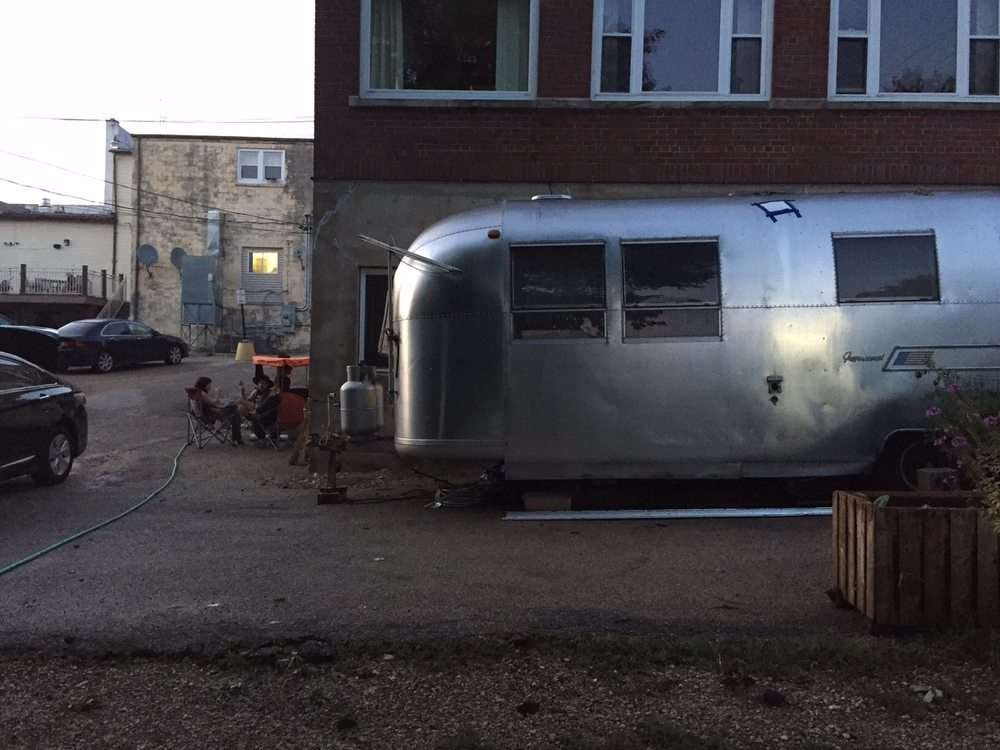 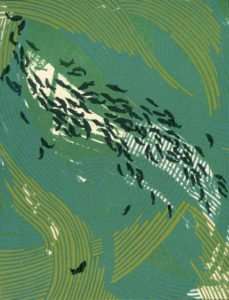