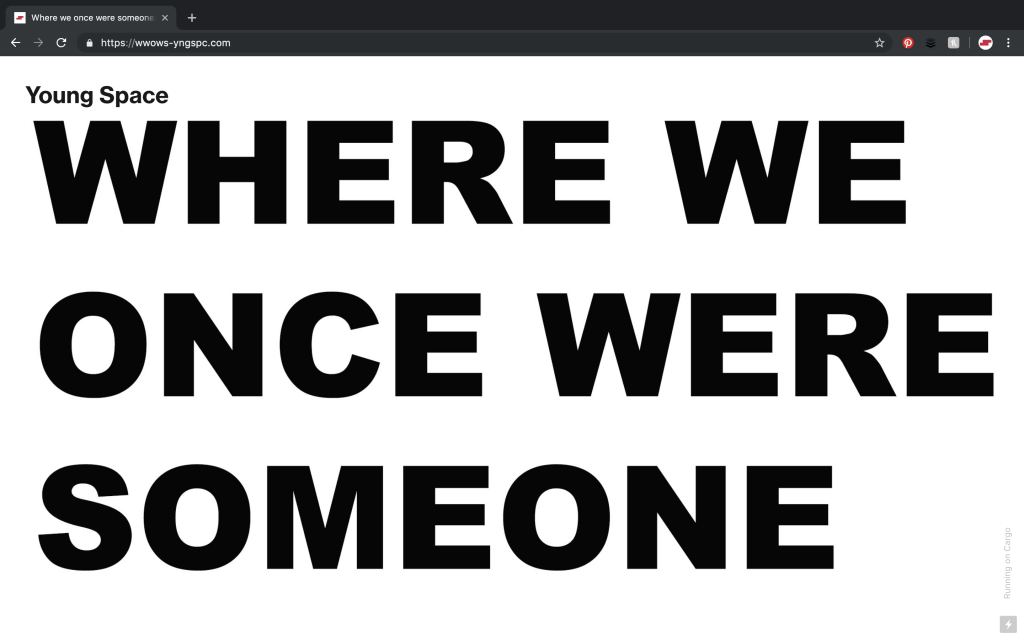 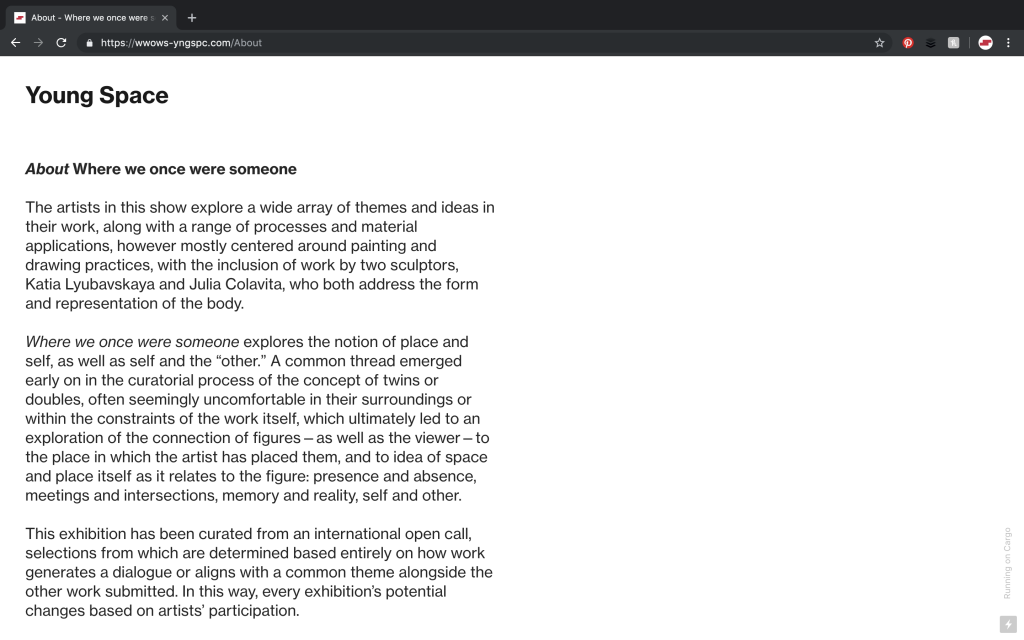 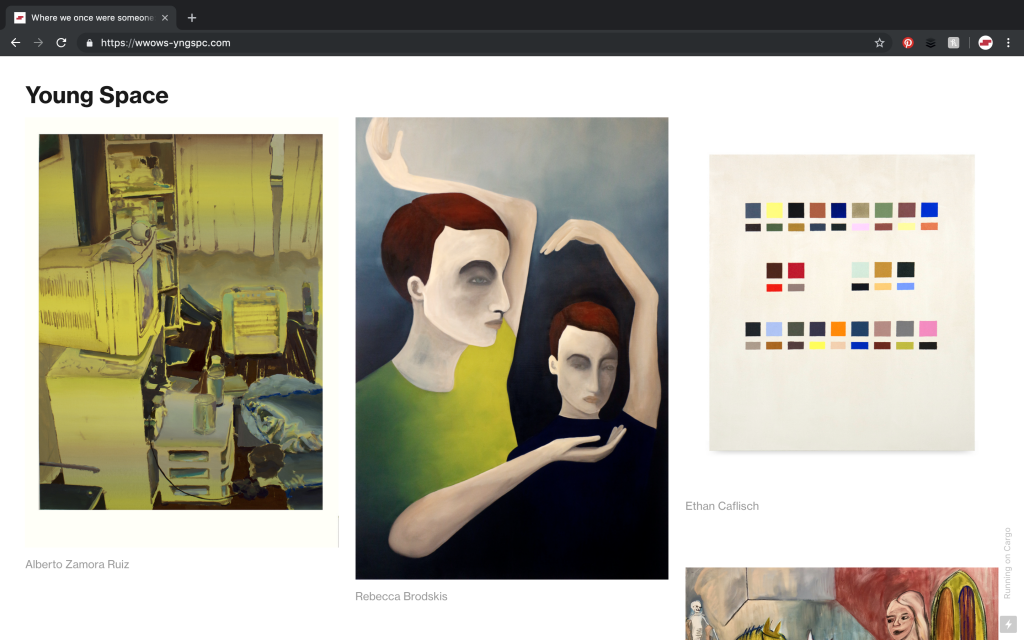 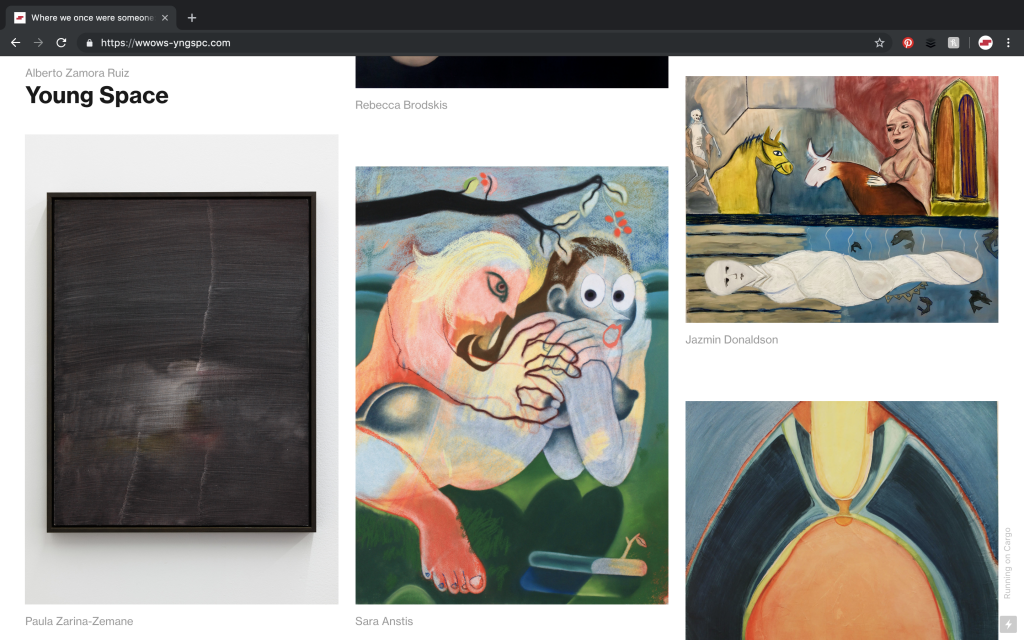 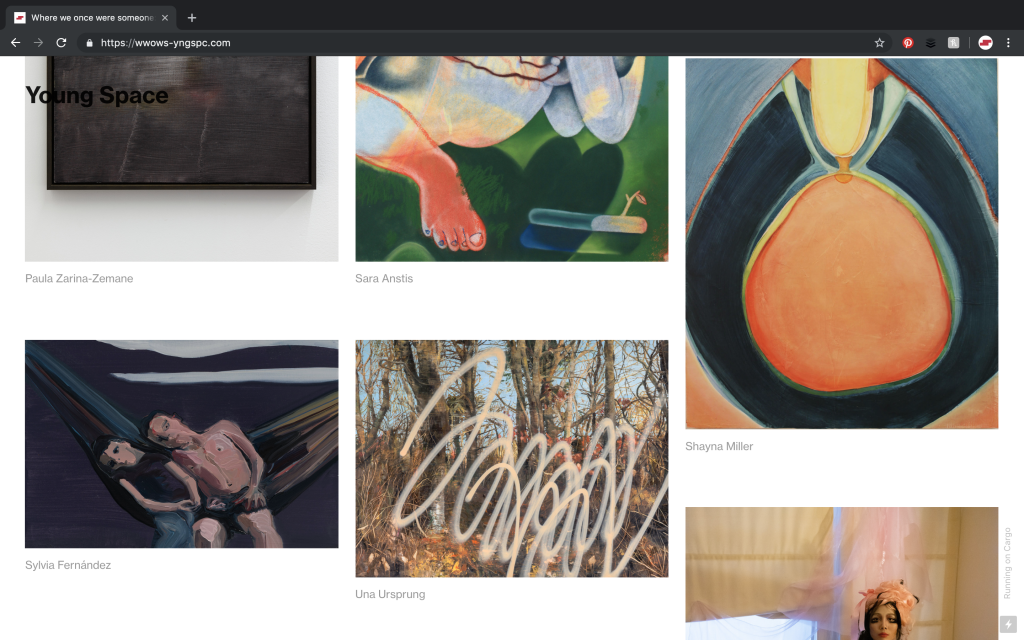 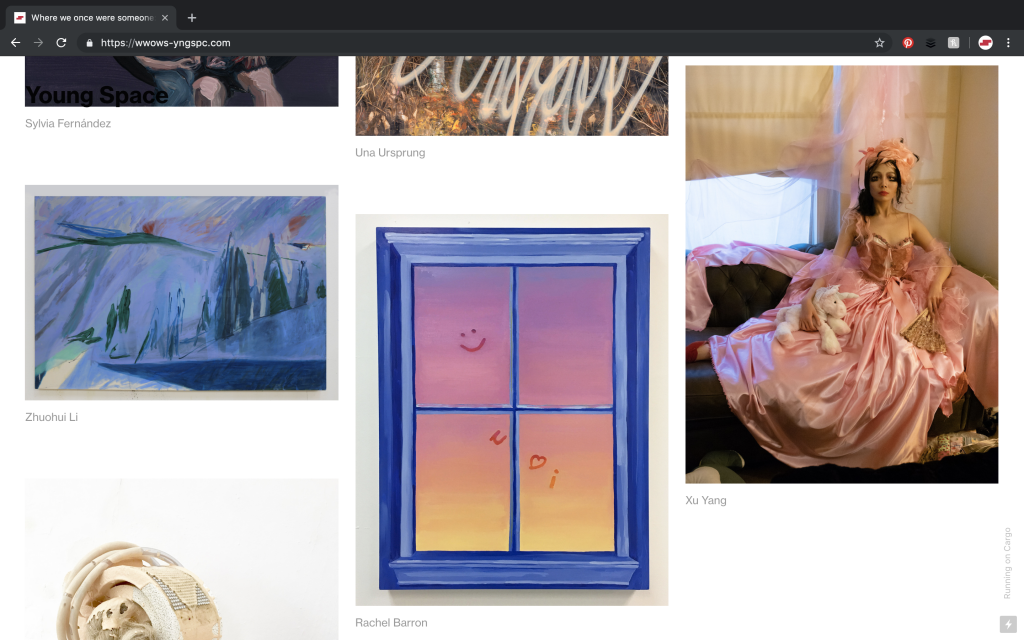 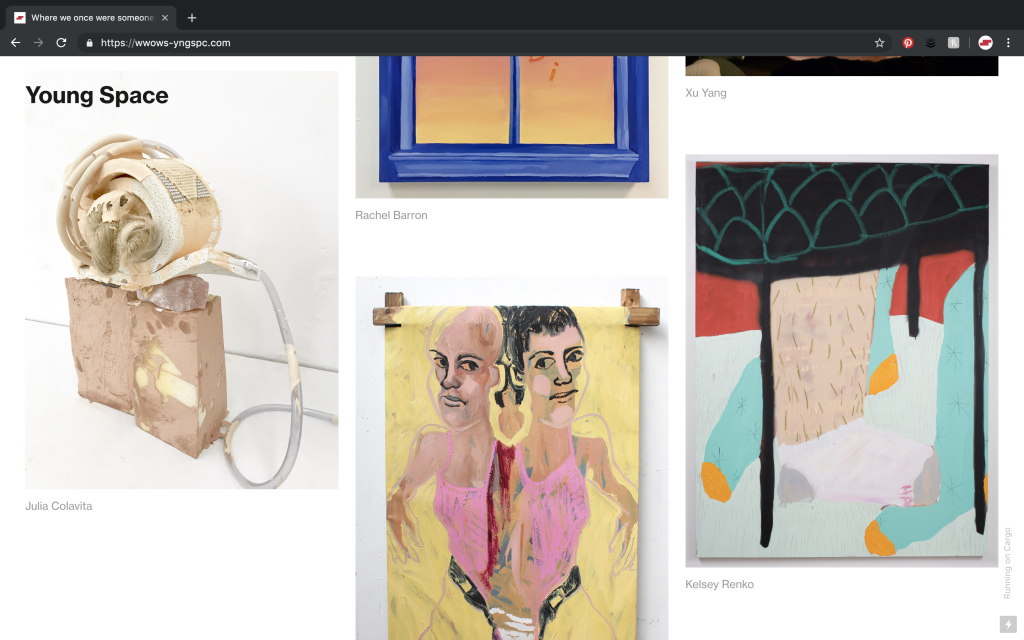 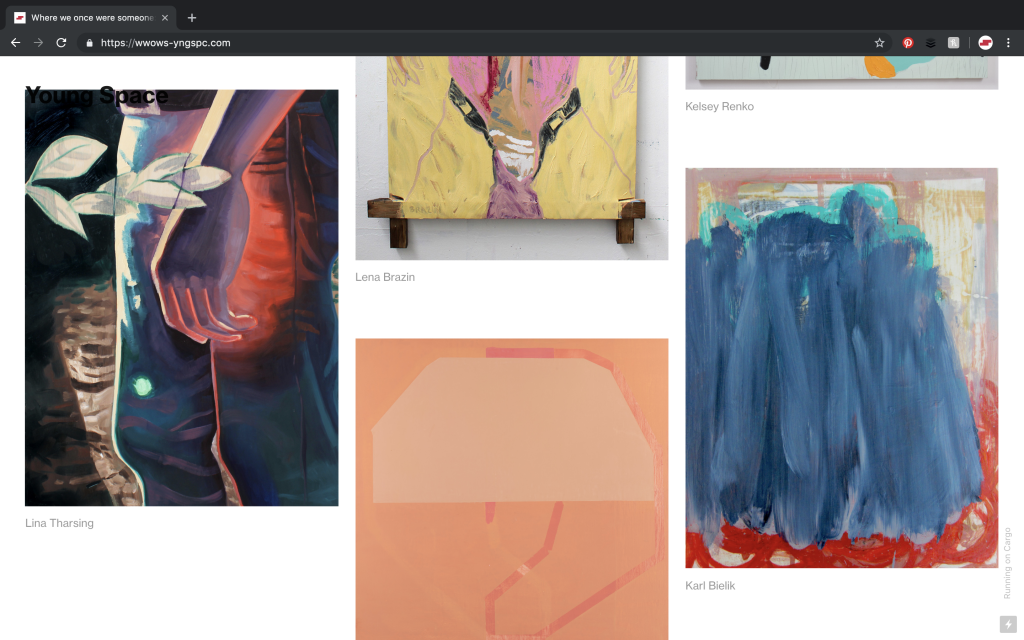 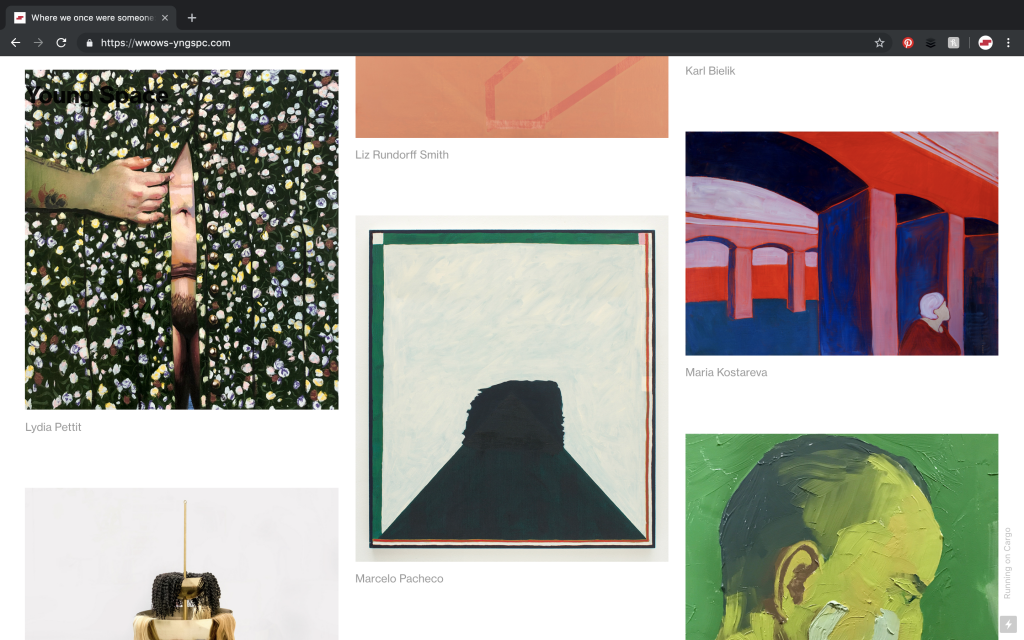 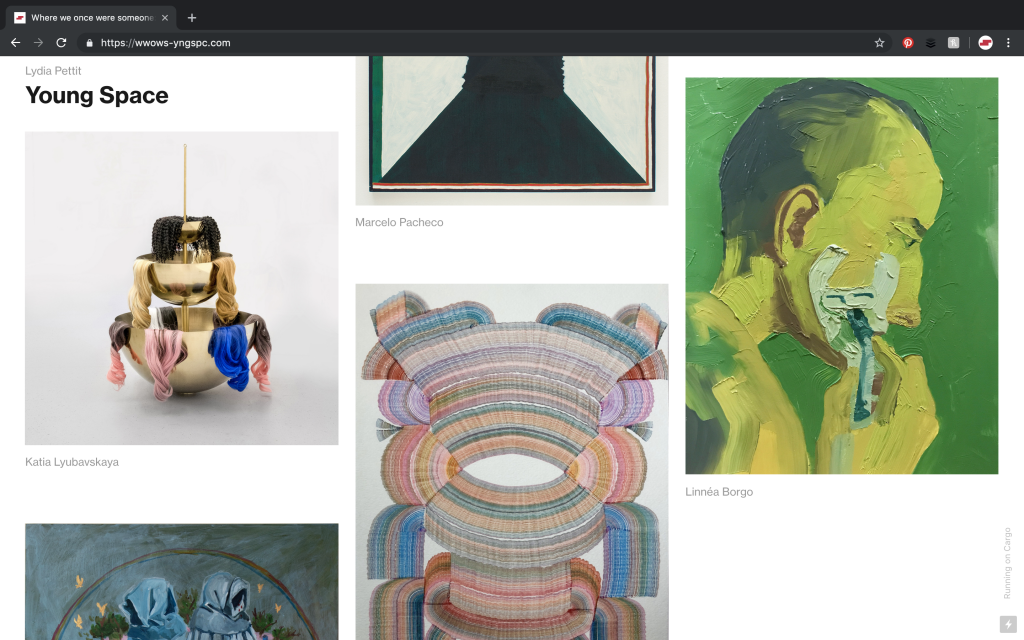 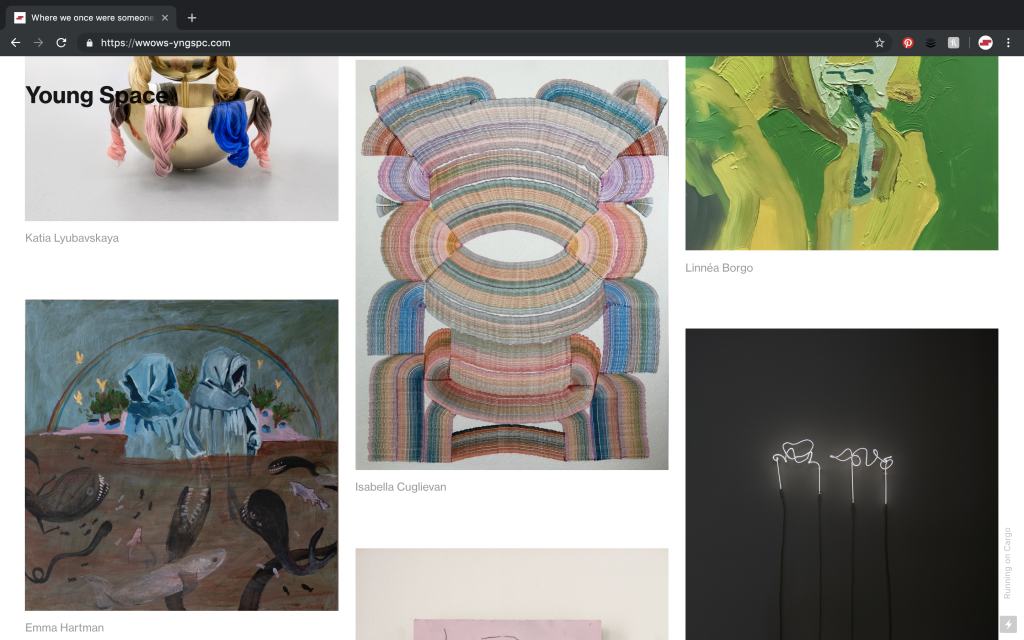 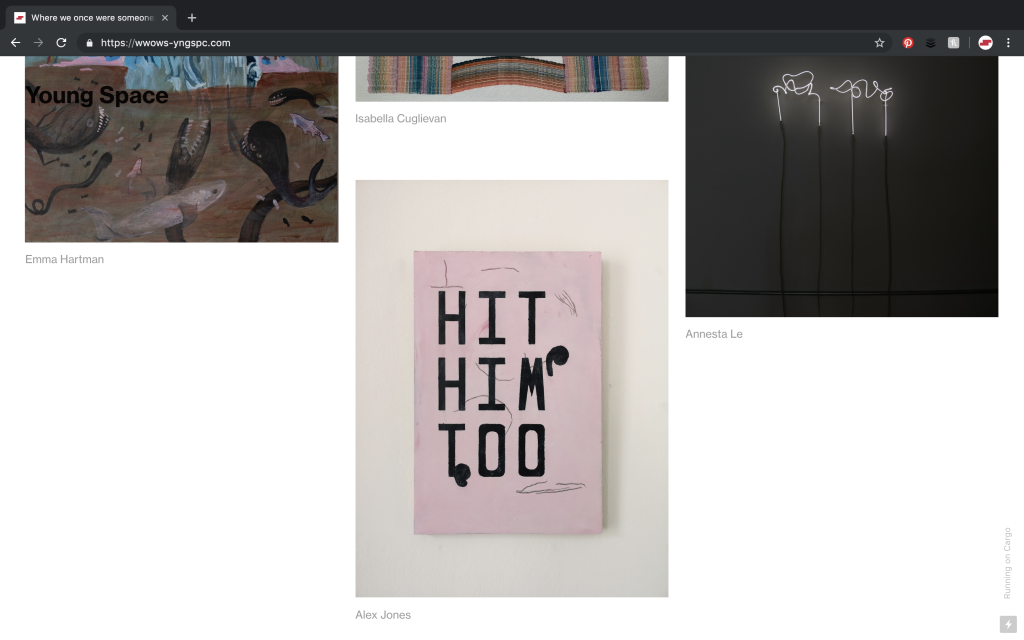 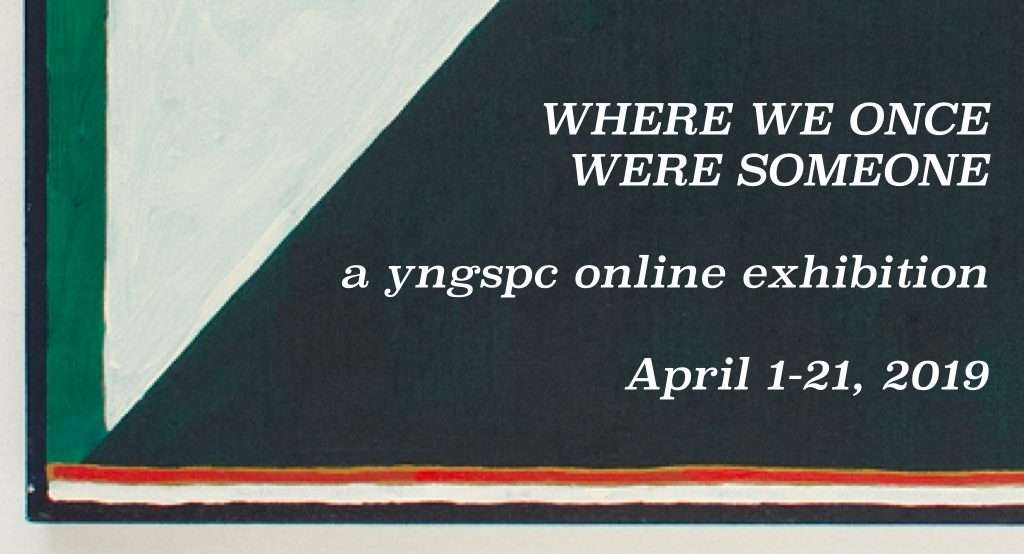 Following the success of the first iteration in January 2019, Young Space is pleased to present its second virtual exhibition, Where we once were someone, featuring the work of 26 contemporary emerging artists from around the world. April 1 – 21, 2019 at wwows-yngspc.com (link will activate on at 12am GMT on April 1, 2019).

The artists in this show explore a wide array of themes and ideas in their work, along with a range of processes and material applications, however mostly centered around painting and drawing practices, with the inclusion of work by two sculptors, Katia Lyubavskaya and Julia Colavita, who both address the form and representation of the body.

Where we once were someone explores the notion of place and self, as well as self and the “other.” A common thread emerged early on in the curatorial process of the concept of twins or doubles, often seemingly uncomfortable in their surroundings or within the constraints of the work itself, which ultimately led to an exploration of the connection of figures—as well as the viewer—to the place in which the artist has placed them, and to idea of space and place itself as it relates to the figure: presence and absence, meetings and intersections, memory and reality, self and other.

This exhibition has been curated from an international open call, selections from which are determined based entirely on how work generates a dialogue or aligns with a common theme alongside the other work submitted. In this way, every exhibition’s potential changes based on artists’ participation.

Where we once were someone runs from 12:00am GMT on April 1 through 11:59pm GMT on April 21. Young Space online shows aim to be internationally accessible, 24/7, curated, professional, virtual presentations of exciting contemporary work from around the world. Find more at yngspc.com/exhibitions and Instagram.com/yngspc. 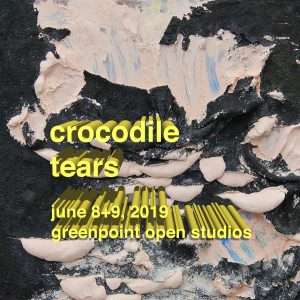