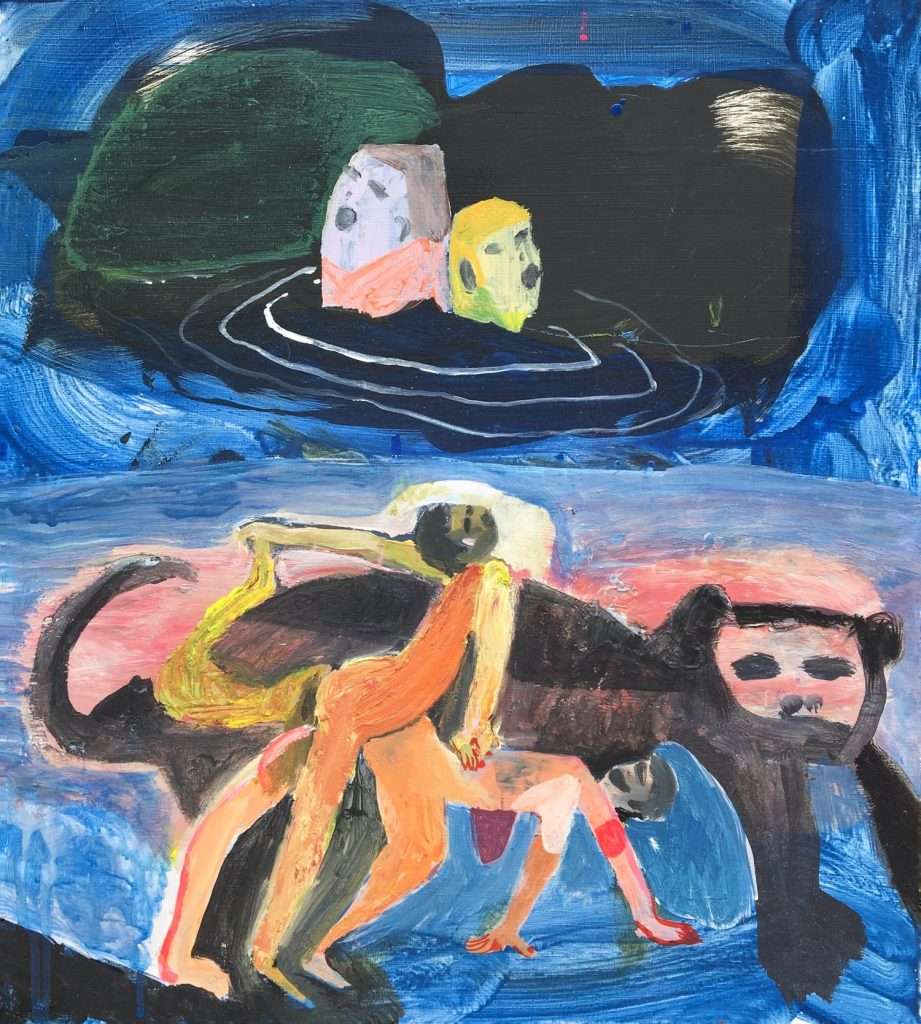 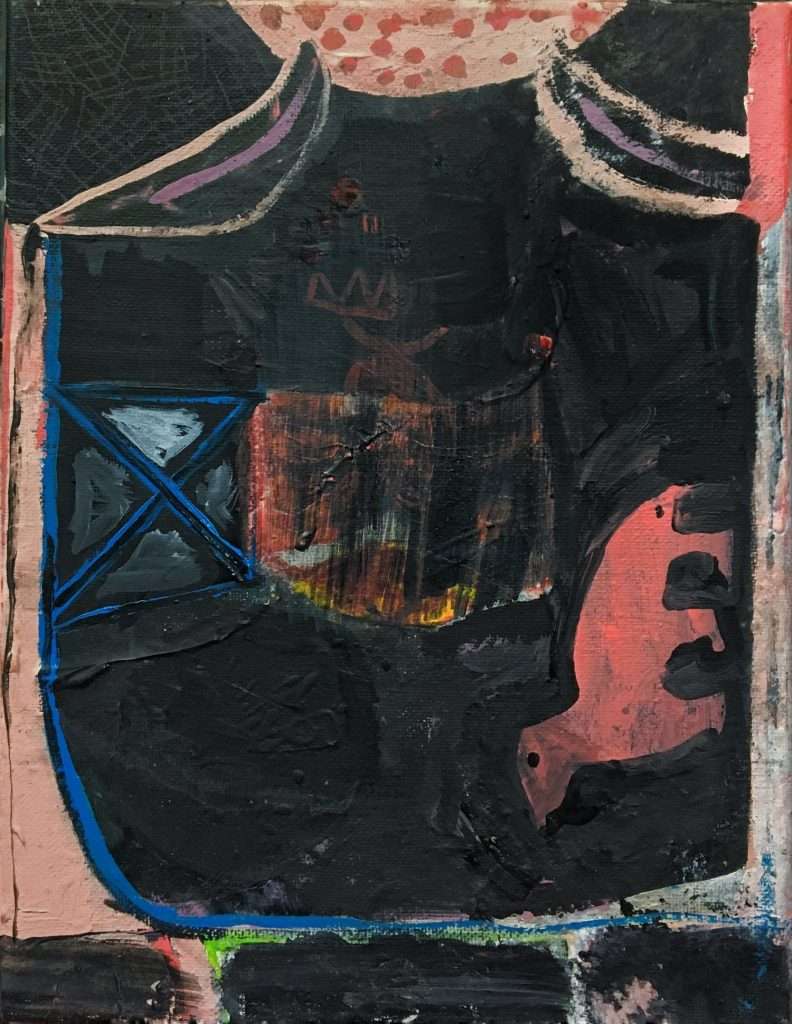 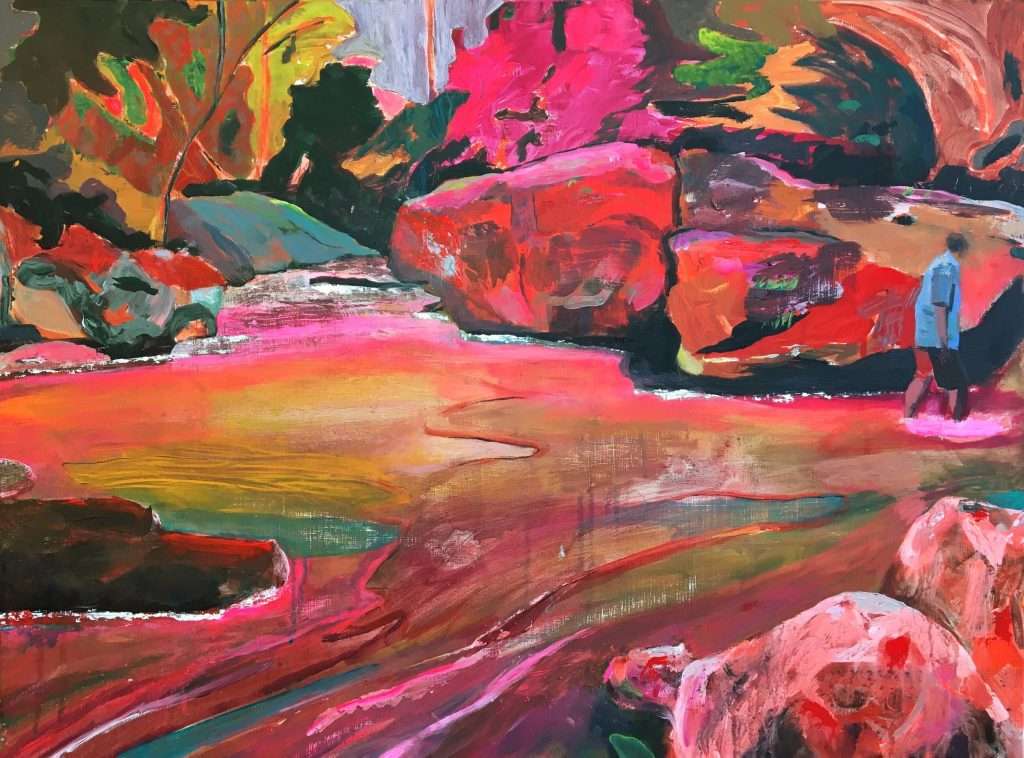 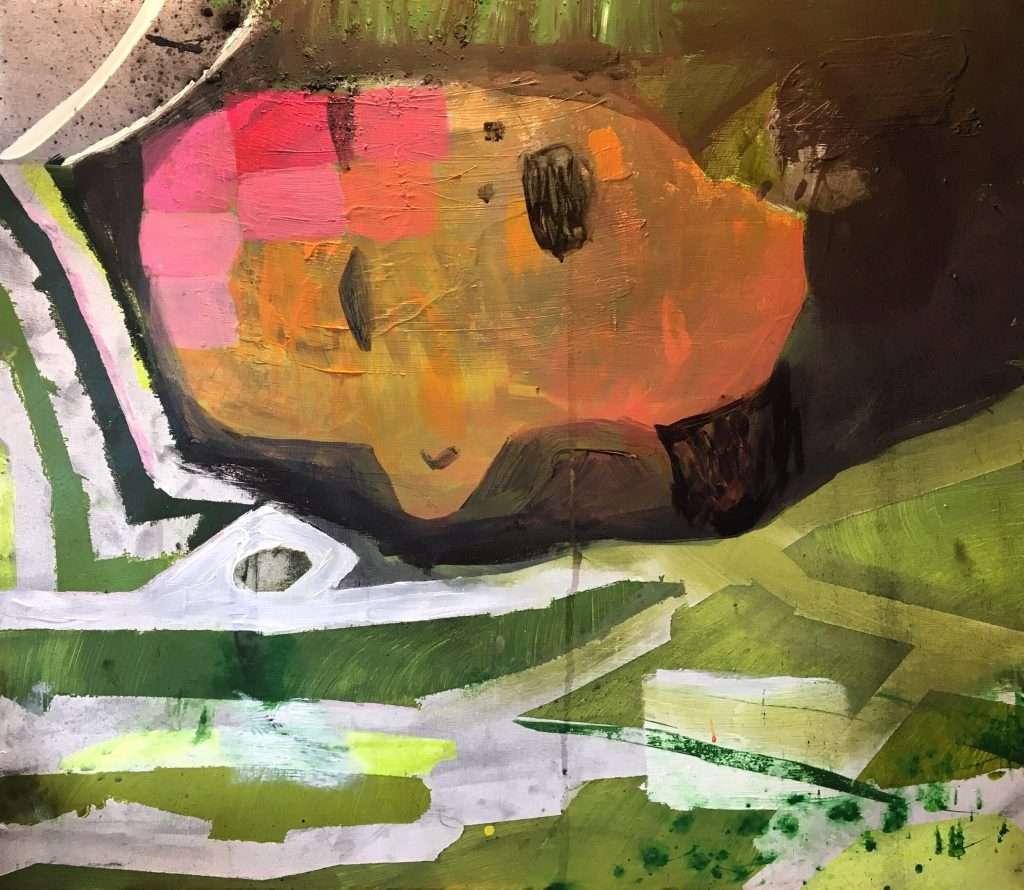 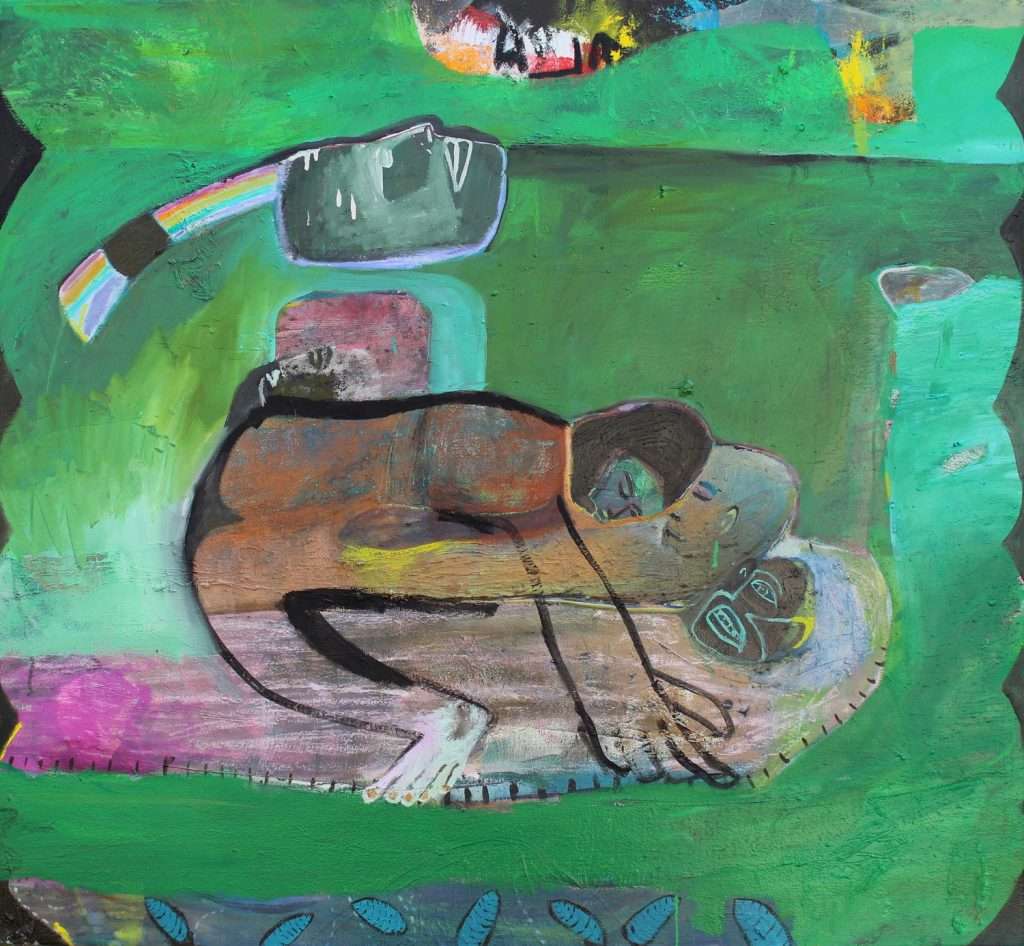 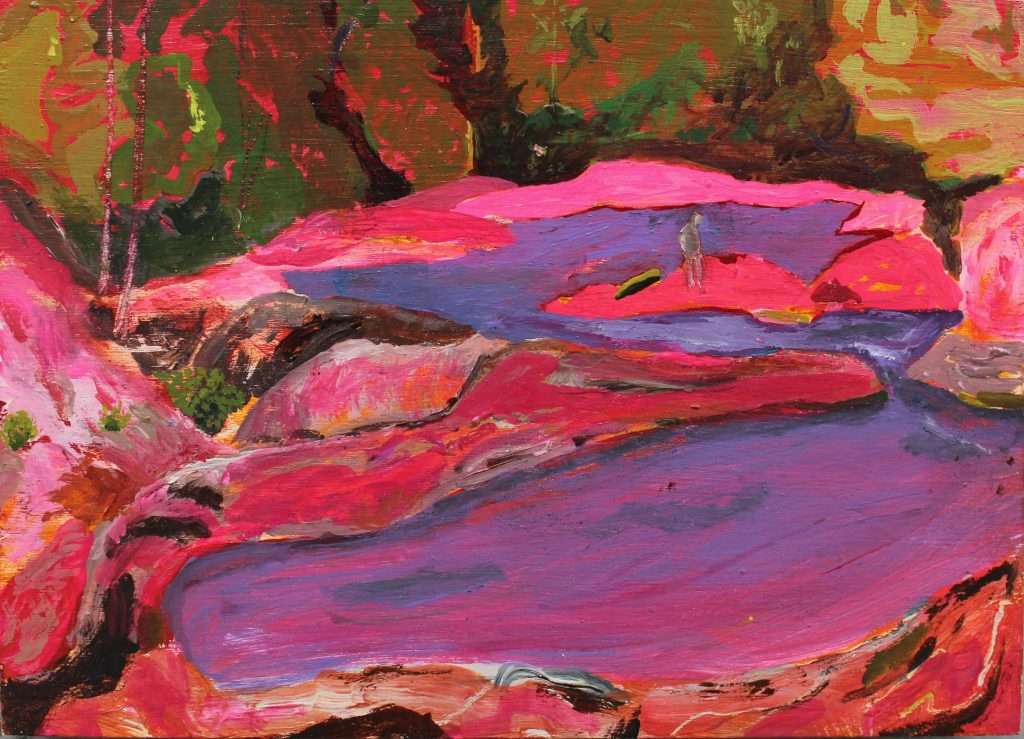 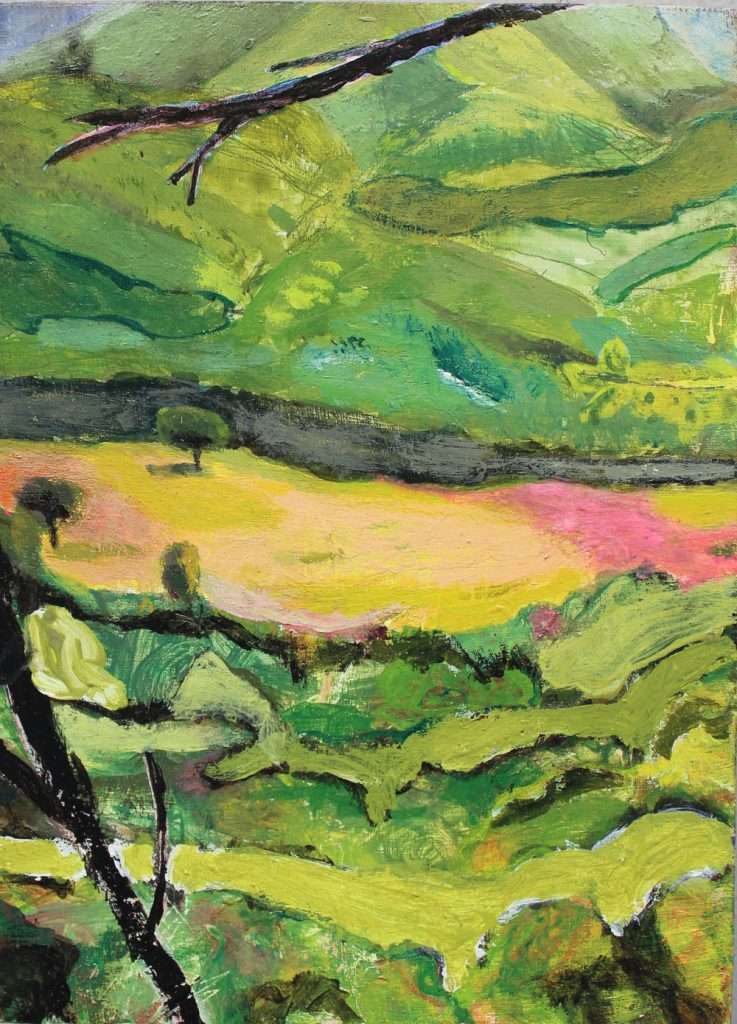 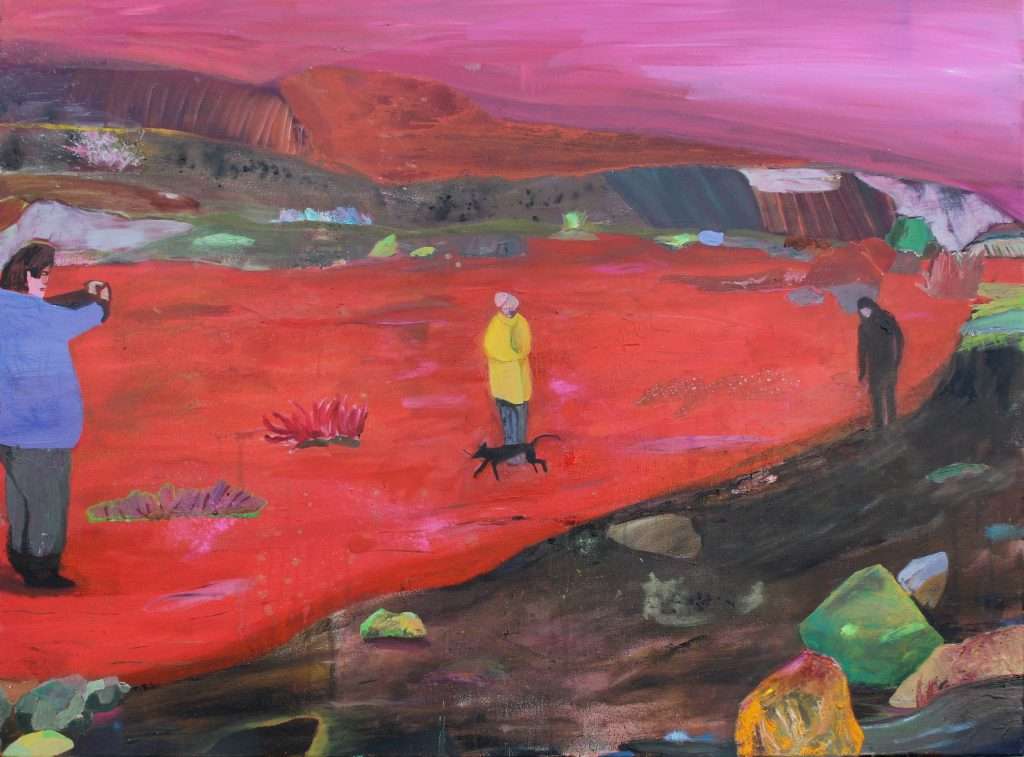 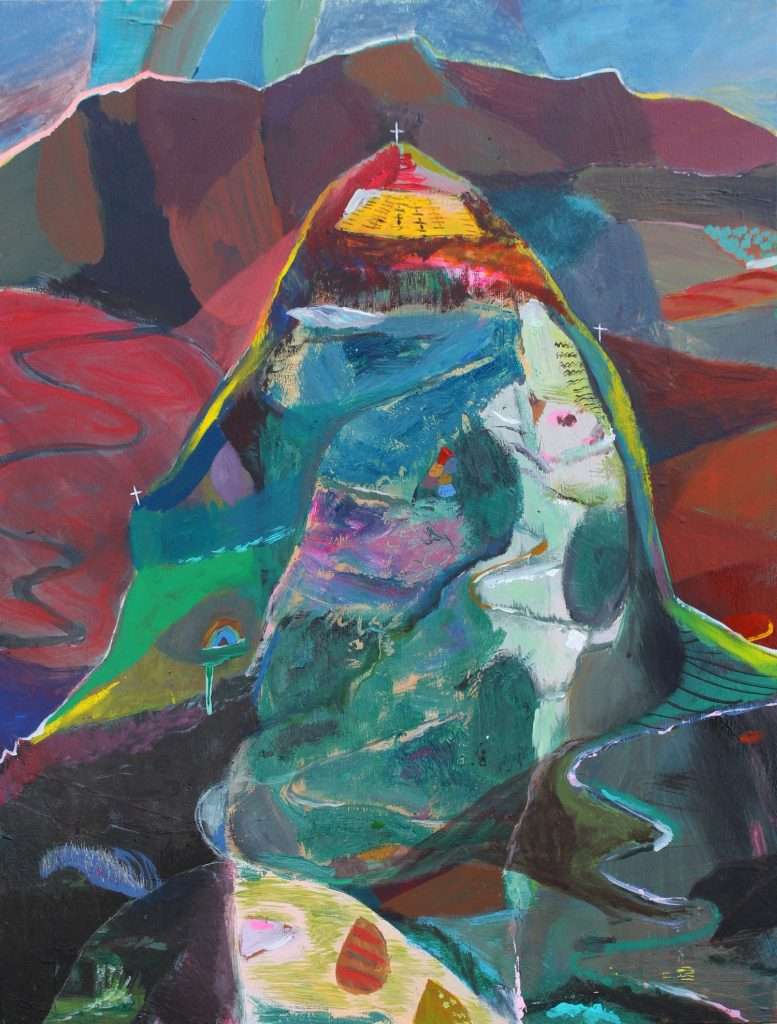 I grew up in Northeastern Kentucky on the banks of the Ohio River. I mean, I had a house and stuff and wasn’t literally on the banks of the river. You get it. I’m currently based in Nashville, TN. I attended Morehead State University in Morehead, KY for my BA in Art (emphasis in Painting) and went on to receive my MFA in Painting from The Savannah College of Art and Design (Savannah, GA) in 2011. I also studied art history in the summer of 2002 and realized how important art is to the history of us all. That’s something I hadn’t considered growing up in the coal country of Kentucky. After I finished at SCAD, I moved to Bushwick, Brooklyn and lived there for 6 years. I soaked up as much as possible but my studio practice struggled because I had multiple jobs to pay for renting a studio and apartment. I do value all of the amazing people, museums, galleries, and culture I was surrounded by. I often say that if I could have just used the money spent on school to pay for living in NYC, I would’ve gotten an equally fulfilling education (although I wouldn’t have read as many books).

In 2016 I attended the Vermont Studio Center as a resident and spent a month painting every day. That was a breakthrough. I then realized how important time and space were to my practice. Shortly afterwards, I moved from NYC to Nashville and it’s been amazing. My studio is a detached garage out back of our house. This is where I do all of the building of the frames, stretcher bars, and painting during most of the year. I feel very lucky to have it even though there’s no heat or AC. The roof doesn’t leak and it has a concrete floor and that’s all that matters. It has wasps, carpenter bees, brown-recluses and blue-tailed skinks in the summer and I’ve been visited by a mouse this winter. And when it’s too cold in the winter and the acrylics begin to freeze, I have a small room inside the house that I can retreat to and focus on smaller works. There’s a great freedom that comes with how casual the space feels.

My work has always been about whatever is going on in my life. I have lots of source material and anything can trigger a painting. From the seemingly mundane to the end of days, things are approached with the same level of importance. And as always, I’m trying to push myself as a painter. That’s very important to me and I hope it translates.

Hahaha process! Let’s just call it that. I just make sure I get into the studio and start mashing paint around till something happens. Sometimes nothing happens but that’s ok. I have many works going at once and have a shelving unit of unfinished paintings that I flip through and will never finish them all. I just now realized what that phrase “shelving it” means. Cool.

What is the last thing you read?

I’m about 12 pages into “A Movable Feast” by Hemingway. We’ll see how that goes.

What are you passionate about?

I have dreams of dunking a basketball and inline skating on halfpipes and handrails. I also really love my dog. I also get very excited about my vinyl records and listen to them while I paint so they’re all in terrible condition but I think they’re supposed to be that way.

How do you spend your time when you’re not making work?

I like to clean and organize my house and studio. I get pretty nerdy about that stuff and watch a lot of Youtube videos of people customizing their studio spaces. There’s a Youtube channel called “Tested” with Adam Savage from Mythbusters that I always return to. That guy’s enthusiasm is contagious and his talents are inspiring.

How has your work evolved over the last few years?

I’ve been must more productive and really feel like I’m making honest work. I’ve found that the more work I make, the more happiness I feel. That’s a lame thing to say but it’s true. I love making stuff and am more excited about it than ever.

I’ve been making larger work since moving to Nashville because I finally have the space. It’s been fun to spread out see how these things translate. Some of the newer work is 9 ft x 6 ft. I’ve also been working very small (4in x 6in”) and that’s been useful in different ways.

I work a couple of days a week as a bartender at a record store/bar called Vinyl Tap. It’s a great place with great people.

Being in Nashville and not Brooklyn, I’ve had to make an extra effort to find the community but it is here and it’s very supportive. There’s lots of folks here doing inspiring work.

Coffee and snacks. I’m usually doing online stuff (like this) in the morning and get to work in the studio in the afternoon. I listen to a lot of Motown, Tyler Childers, Eminem, Nick Drake and Fiona Apple. Podcasts: Comedy Bang Bang, Off Book (improvised musical podcast), I Like Your Work, Art and Cocktails.

I have two solo shows coming in the next couple of months so I’m just building frames during the day and painting at night. 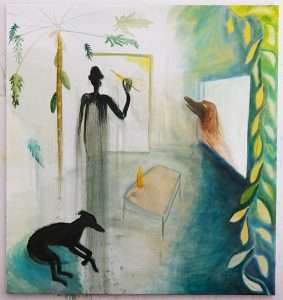 Nick Pont
Can you tell me a little bit about you? I am currently…