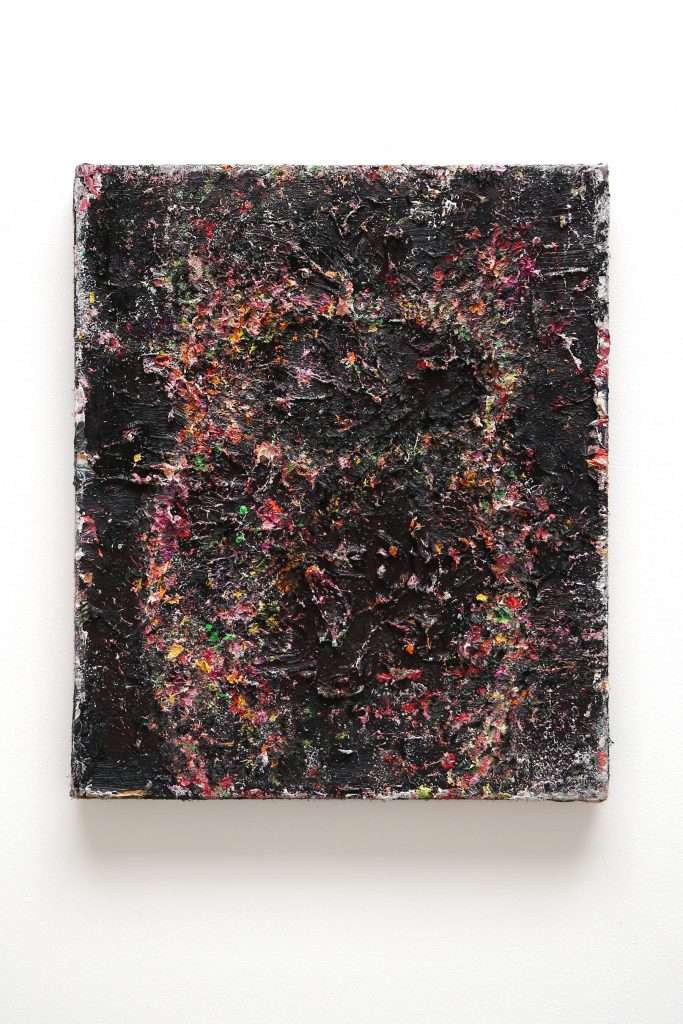 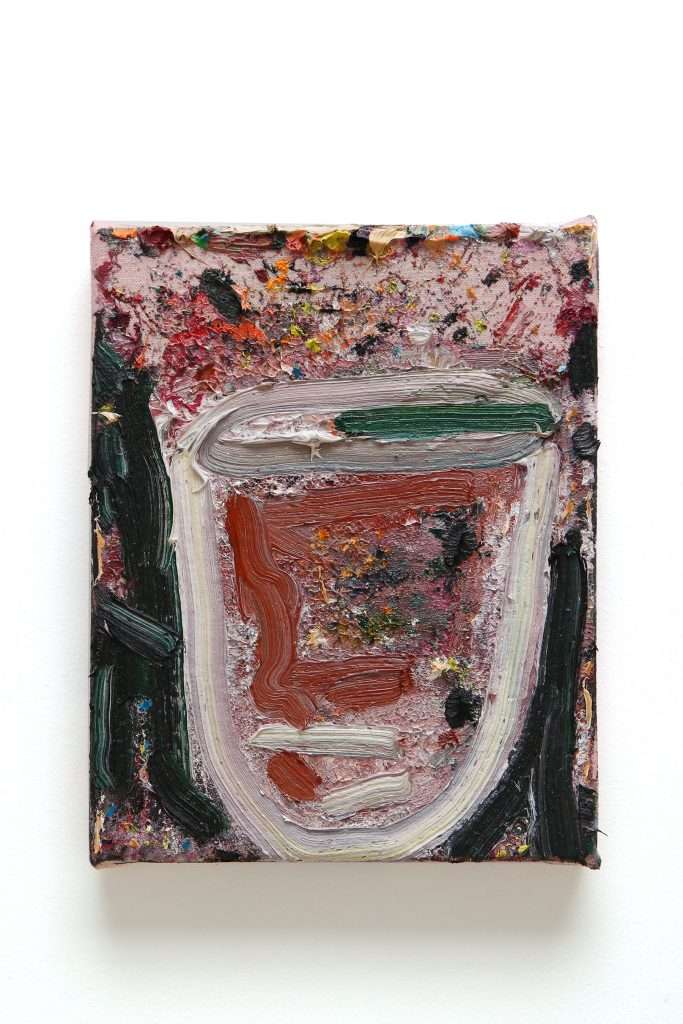 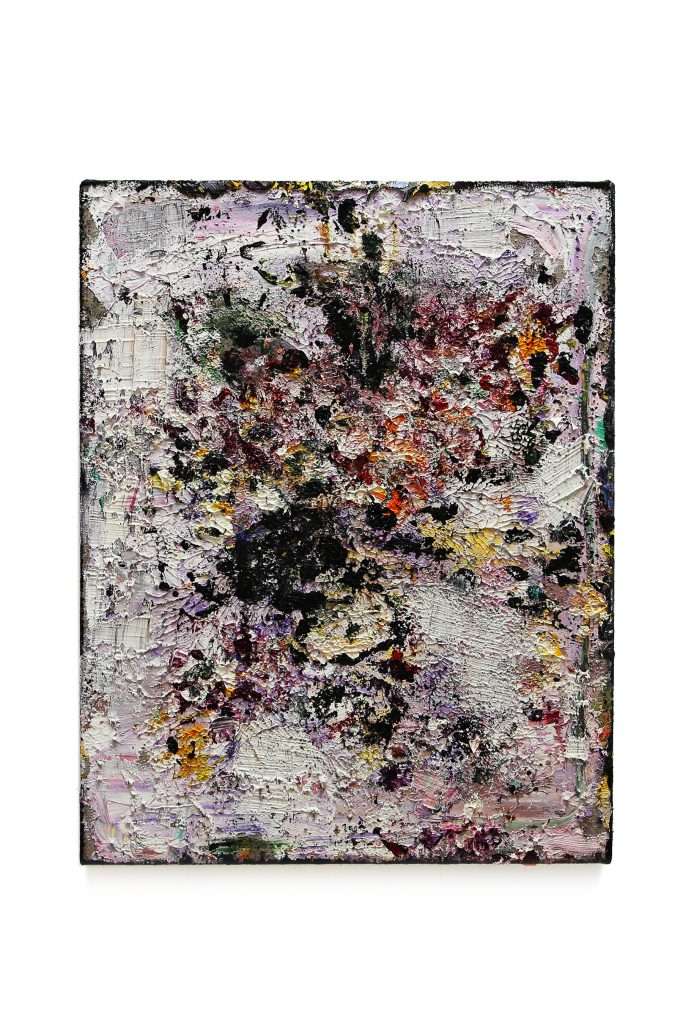 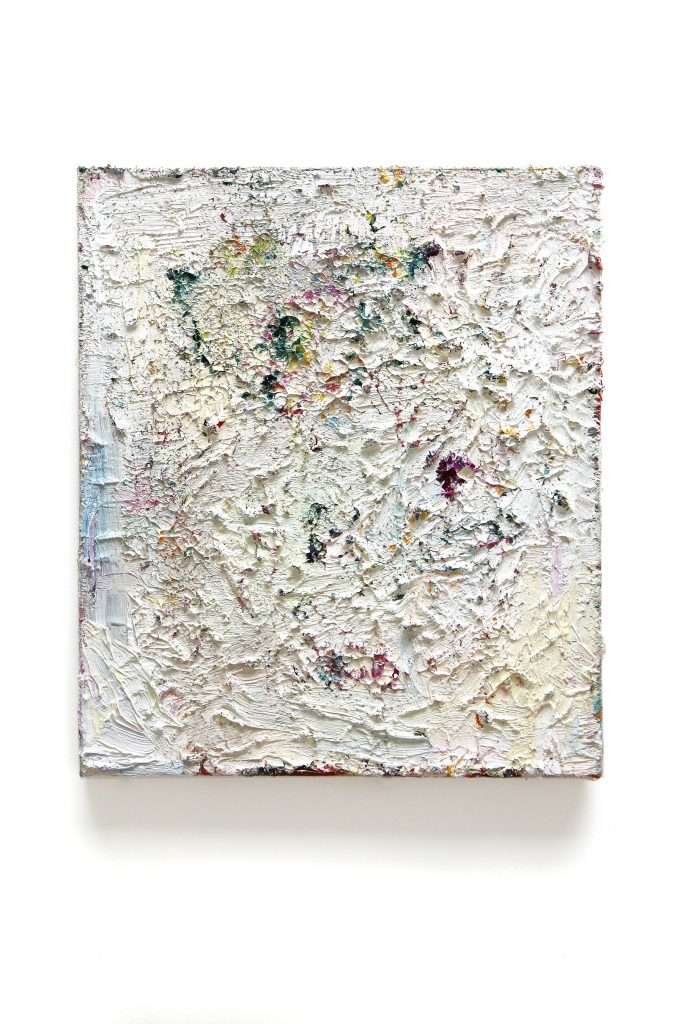 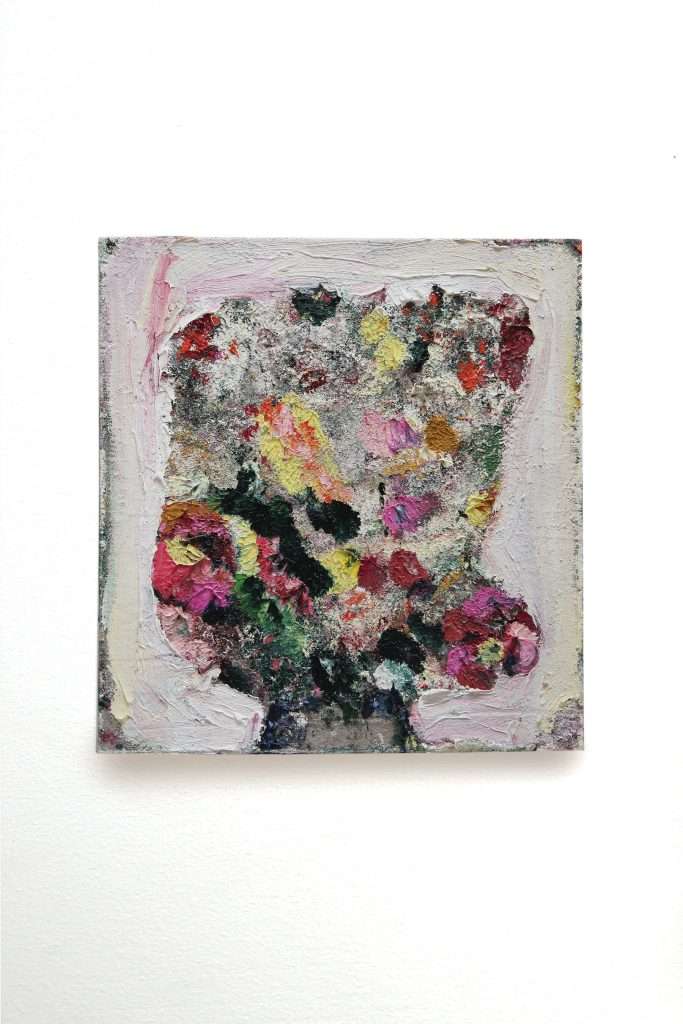 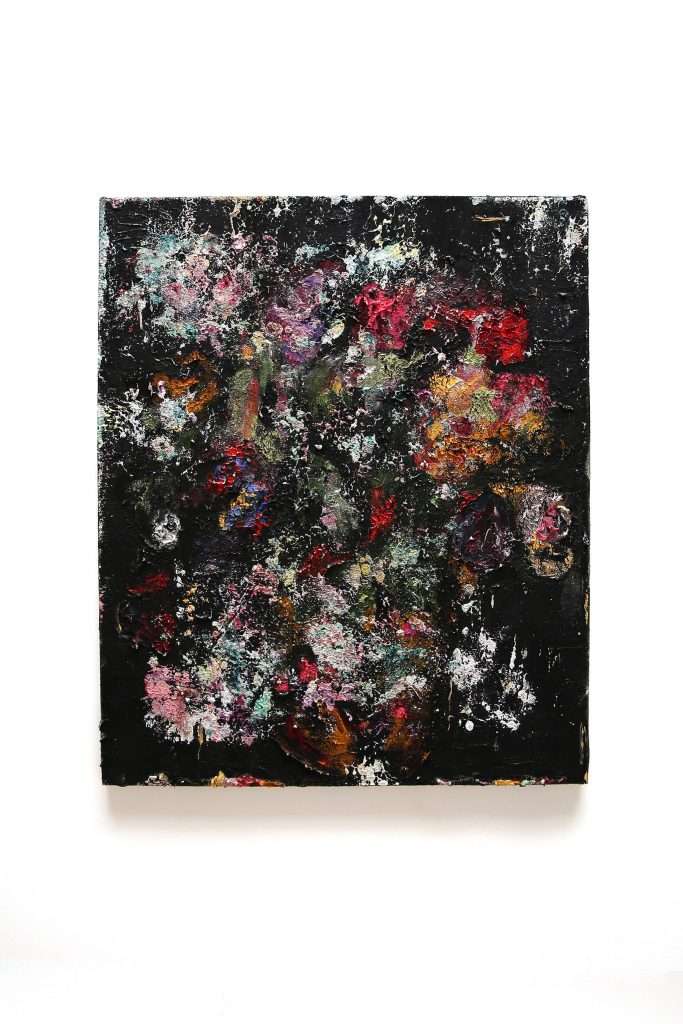 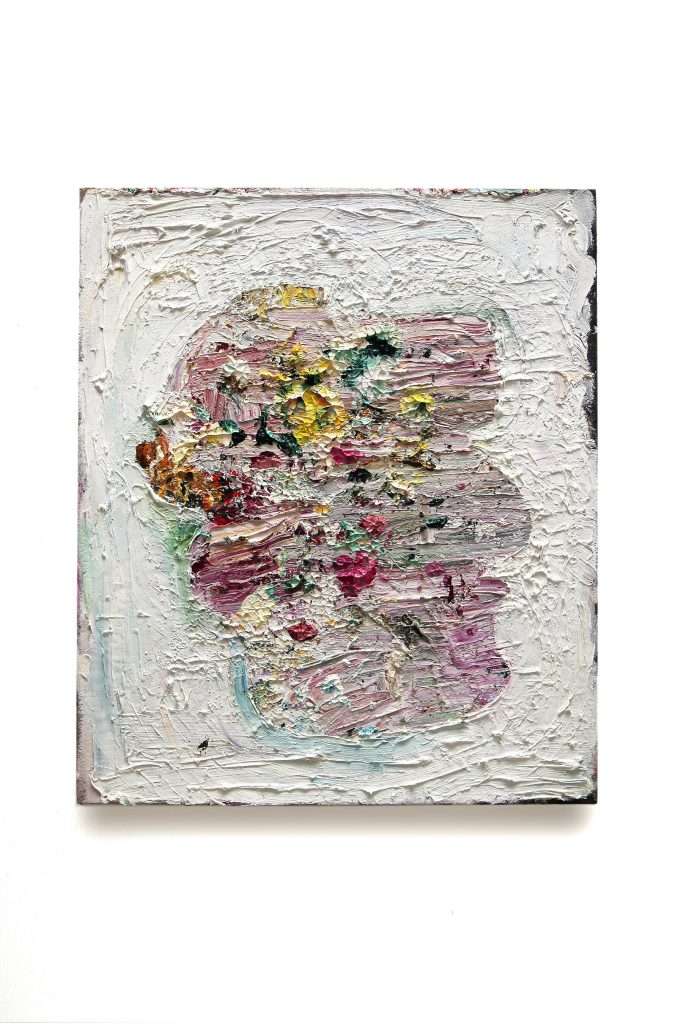 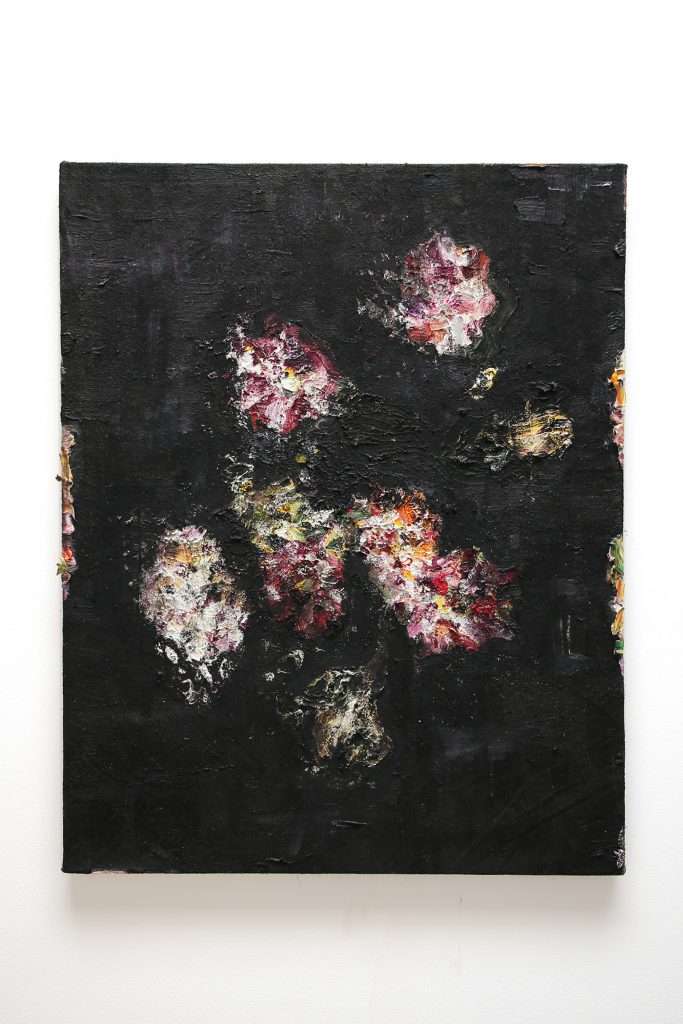 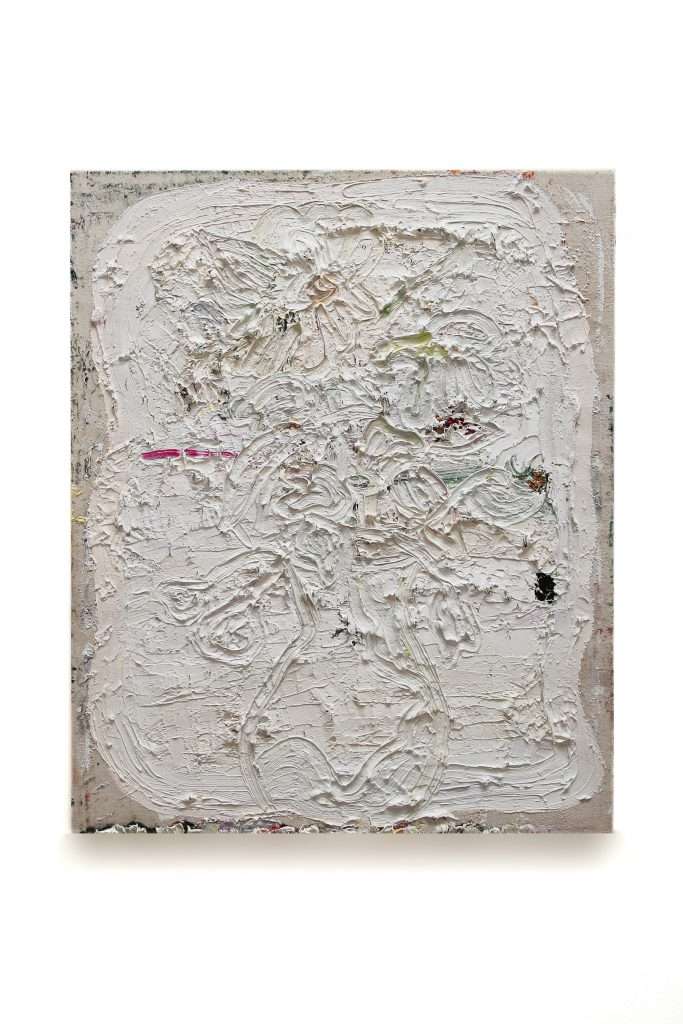 I live and work in Los Angeles, but I travel as much as I can. Formally I’ve had a very privileged education consisting of U.C. Berkeley, SAIC, and the Skowhegan School of Drawing and Sculpture. Informally, I’ve been equally as fortunate, having great mentors mainly in Chicago who have been kind enough to teach me a lot about being a person and a bit about building things.

Interestingly enough, a number of years back I went blind in my right eye for about a calendar year and the experience offered an entirely different kind of education. It was and continues to be personally reflective and inward. More than anything, I’ve learned a lot about humility and ways of seeing. It’s become a huge part of the way I approach my practice and life in general.

My mother is a painter and I grew up visiting museums and looking at a lot of work both domestically and internationally. So naturally, as child, I hated artwork.

My second year at Berkeley everything changed. I was studying rhetoric and was very unhappy, feeling like every subject, be it rhetoric, economics, or organic chemistry was very limited by language. My roommate invited me to take an art class and something clicked. It was then that I realized how wide-open art making actually is. I was excited to spend my life involved in a pursuit with no given rules or limitations. From then on it’s been art and I’ve never looked back.

My studio has a lot of volumetric space and I like that a lot. It also has concrete floors and a large roll up door that are enjoyable.

Beyond just the physical attributes, my building’s location in the city is pretty much an “anything goes” zone. You can literally run a chain saw on the street or char a bunch of huge oak panels with a roofing torch out in the open and literally no one will stop you.

I think that at its core, my practice has always been about the pursuit of beauty, be it through process, materials, or some combination of the two. I believe beauty can be an absolute.

Over the last couple of years my approach has taken a greater turn toward the romantic. I feel like I’m maybe a little less cynical, but that doesn’t mean the work is any less humorous or critical.

I spend a lot of time just observing and I feel like my practice is largely responsive.
The concepts in my work usually develop overtime and as a result the work itself is often fairly planned in advance.

I don’t know that I would classify the way I work as constituting hardcore “research,” at least not in a truly academic way, but I constantly have a sketchbook that I draw in as well as keep a running list of terms or words that I find interesting. When I see something like a term, word, or shape trending in my notes I’ll start to question whether it’s worth investigating. Eventually I look to see if there’s anything I think I can do with it. This can be anything from making loose associations to researching a word’s etymology. In this way, the words and drawings feel like a trail of crumbs that sometimes lead to something great or worthwhile.

I’ve always been really interested in unofficial lexicons that people or subcultures are developing. I like when something at first appears cryptic, but reveals itself with time or involvement. I’m not sure there’a anywhere in the world with more active subcultures than Los Angeles.

I also really like word play and Black/ Dark Humor in literature. Authors like Fonte and Vonnegut have been super influential for me. I’m a sucker for the clever and subversive.

If I’ve learned anything at all, it’s that everyone who is successful has their own story.

I think community can mean a number of things, but most importantly it’s about having a group or atleast a handful of people that you engage with regularly. It can be really important to have an active dialog with others who help you develop and push your ideas forward.

I don’t think these people have to be directly art related. In fact, I think the best influence often comes from people who think entirely differently than I do. But that being said, it’s equally important to have someone that speaks a common language and understands the way I work and what I’m trying to achieve. Most importantly it’s about support.

From a physical standpoint I think vertical cities like NY or Chicago can be a bit easier to have access to other people. The horizontal land mass of Los Angeles literally sets people apart and connecting can be a bit challenging. When I lived in Chicago I would run into my friends and other artists all the time. In LA, life can be a polarizing, and can require more planning to link up.

I really enjoy coffee. I could probably exist without, but I’d prefer not to.

Attending SAIC and pursuing an MFA was very important for me. I was a bit lost after undergrad, kinda just making work in my best friend’s garage, not being part of any real art community, and not really contributing to a larger discourse in any way. Going back to school was 100% an opportunity to be be part of a larger network of artists and to have access to larger conversations. For me personally, it was the absolute right decision. However, I think that an arts education is really a case by case thing. It’s important to think through why you’re really doing it and what your expectations are. I don’t feel like people should pursue MFA’s out of obligation or because they think there will be some reward at the end of it.

Defining success is dangerous territory and can lead to a world of disappointment. It can be a sliding term or pursuit depending on personal needs. What I’ve gathered is that success is usually some combination of how the work ultimately functions, how it is received, how challenging it is (personally) to make, what was learned in the process, how well it is executed, and financial reward. And again, I think all of these factors are on a sliding scale and specific to each piece.

That’s a work in progress.

I wouldn’t necessarily call it Art, but the last few years I’ve been involved in a small scale skateboarding project near my neighborhood. I’m not really sure what to say about it, so I’ll do my best. There’s a small crew of kids who are all super talented that I’m close with. I’ve been designing boards and having them made by a great manufacturer. I supply the crew with fresh gear as well as organize trips and filming sessions. It’s been an opportunity for me to feel like I’m contributing to the skate community while allowing the younger guys to have something that is their own.

Currently I’m developing a new body of work while continuing my recent paintings of flowers. Trying to work through some new materials as well as object based interests. Maybe it’s not necessarily a “now” thing as much as it’s an “always” thing. Constantly trying to add to my own lexicon. 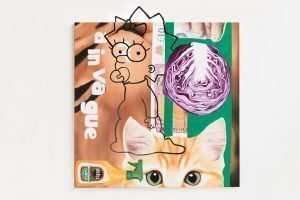 Bex Massey
Can you tell me a little bit about you? Hey Kate! I…