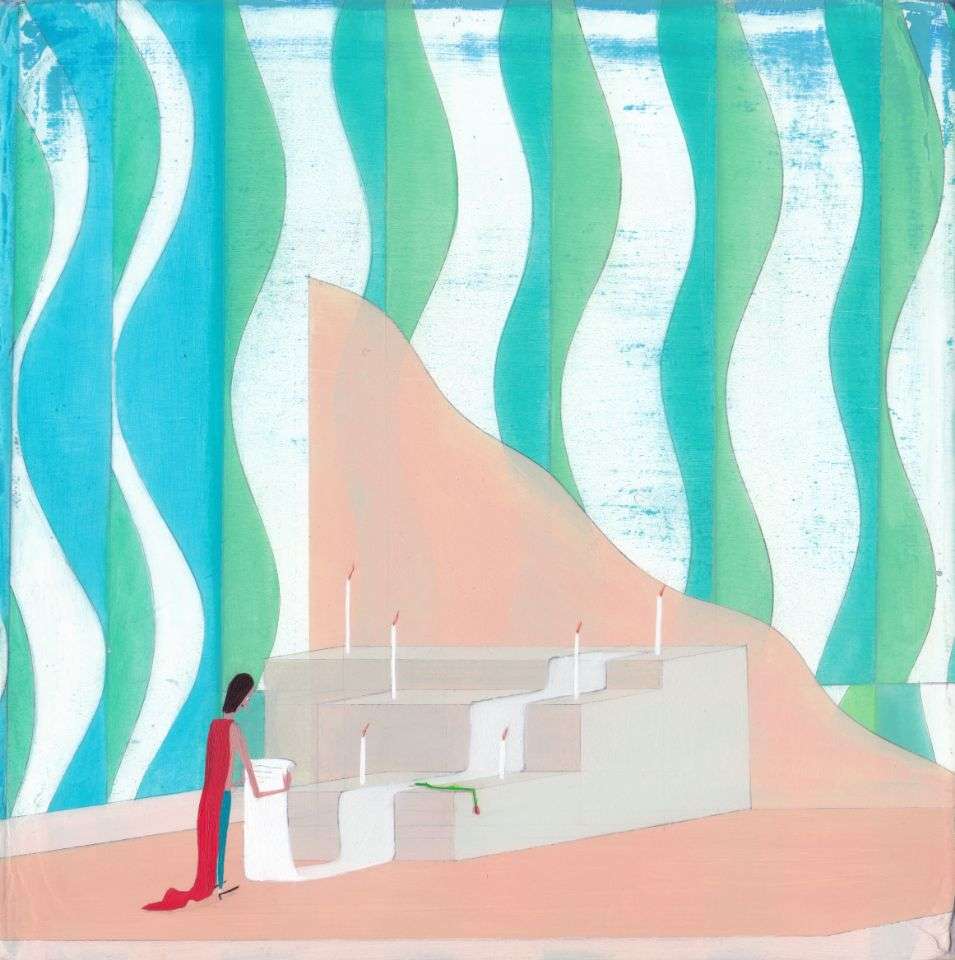 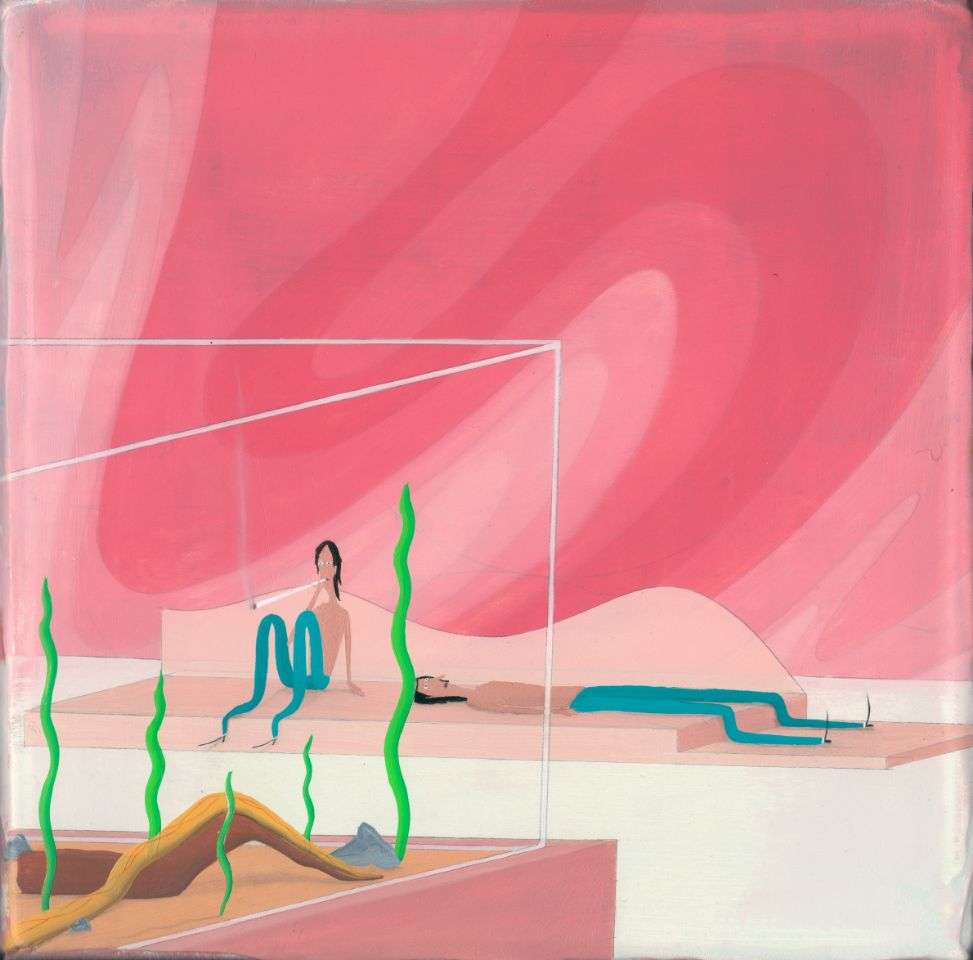 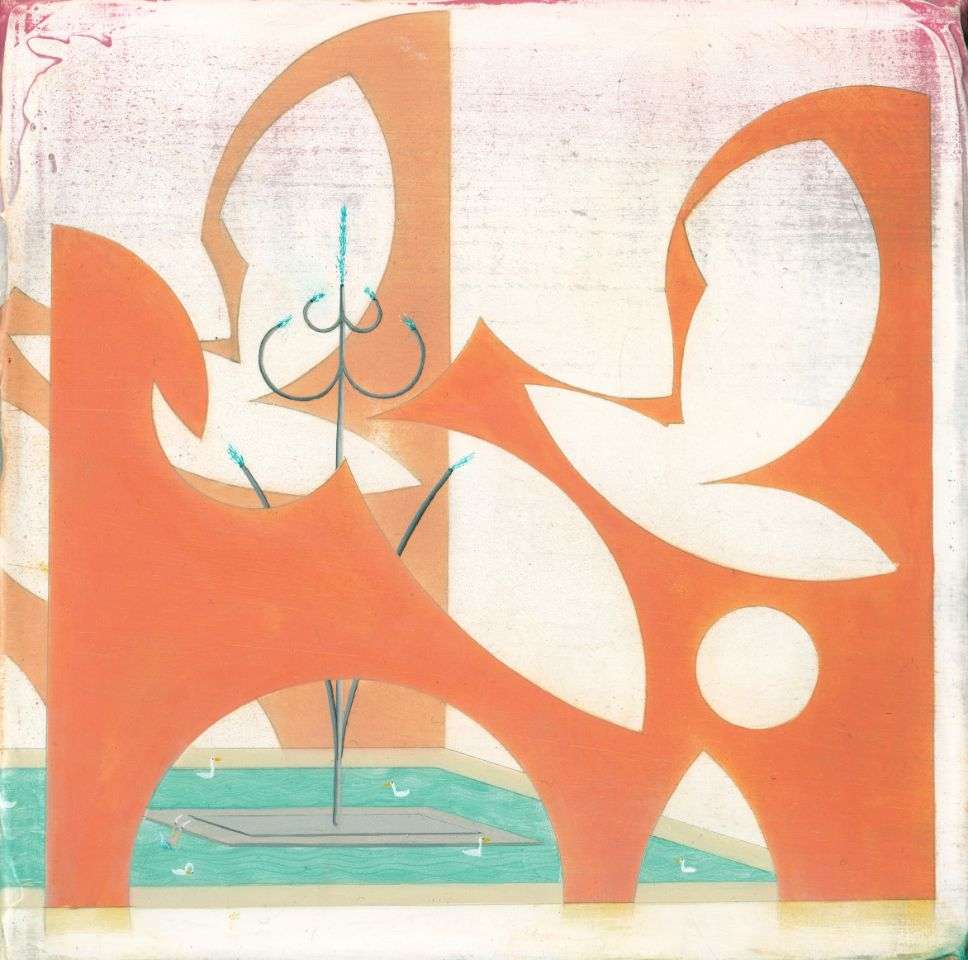 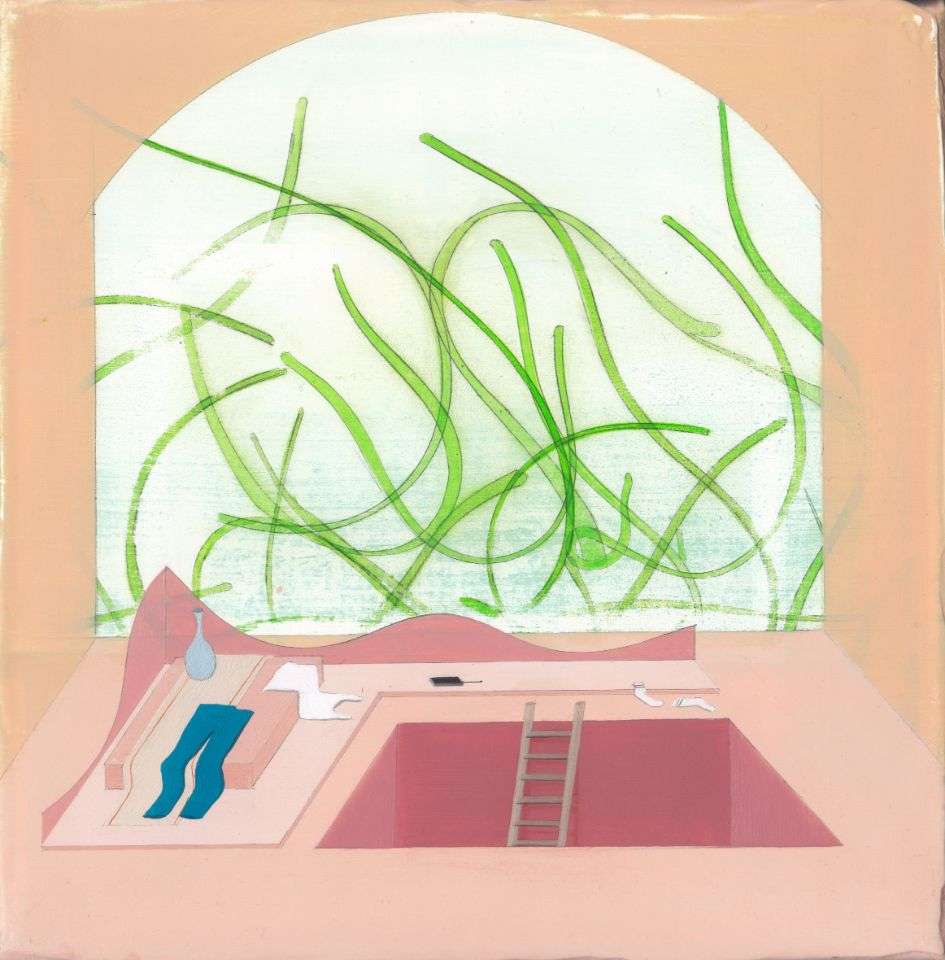 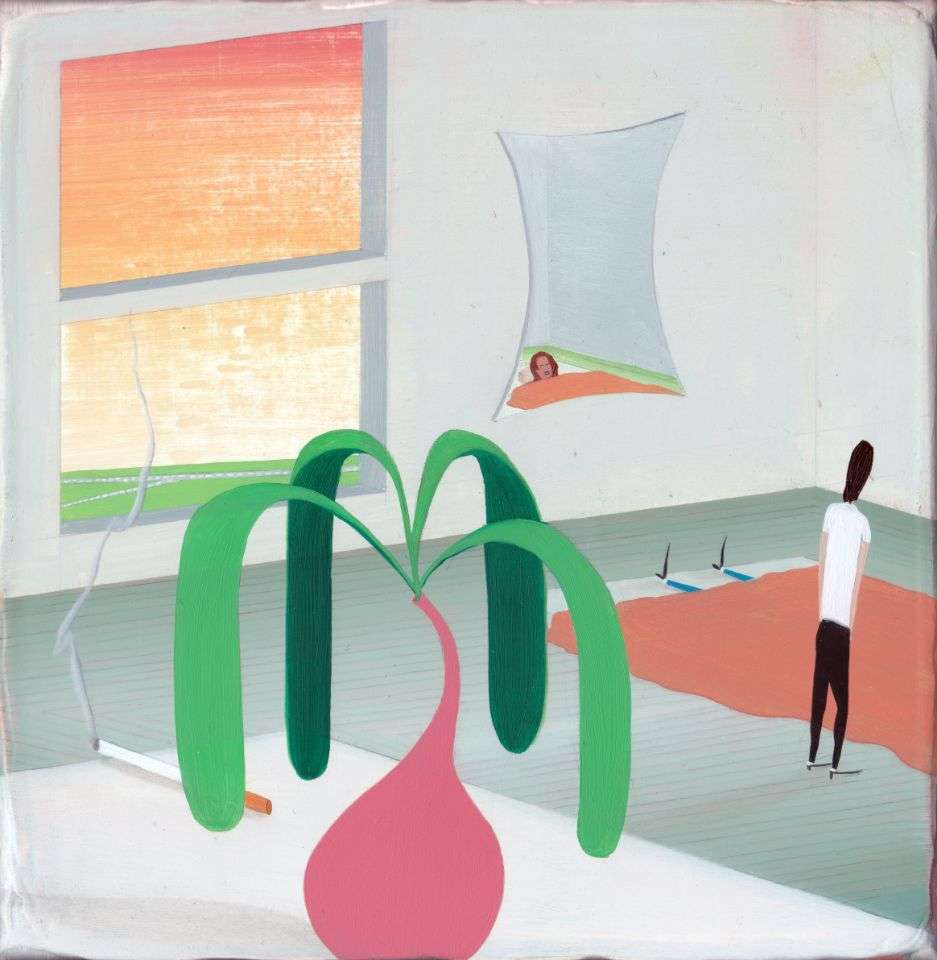 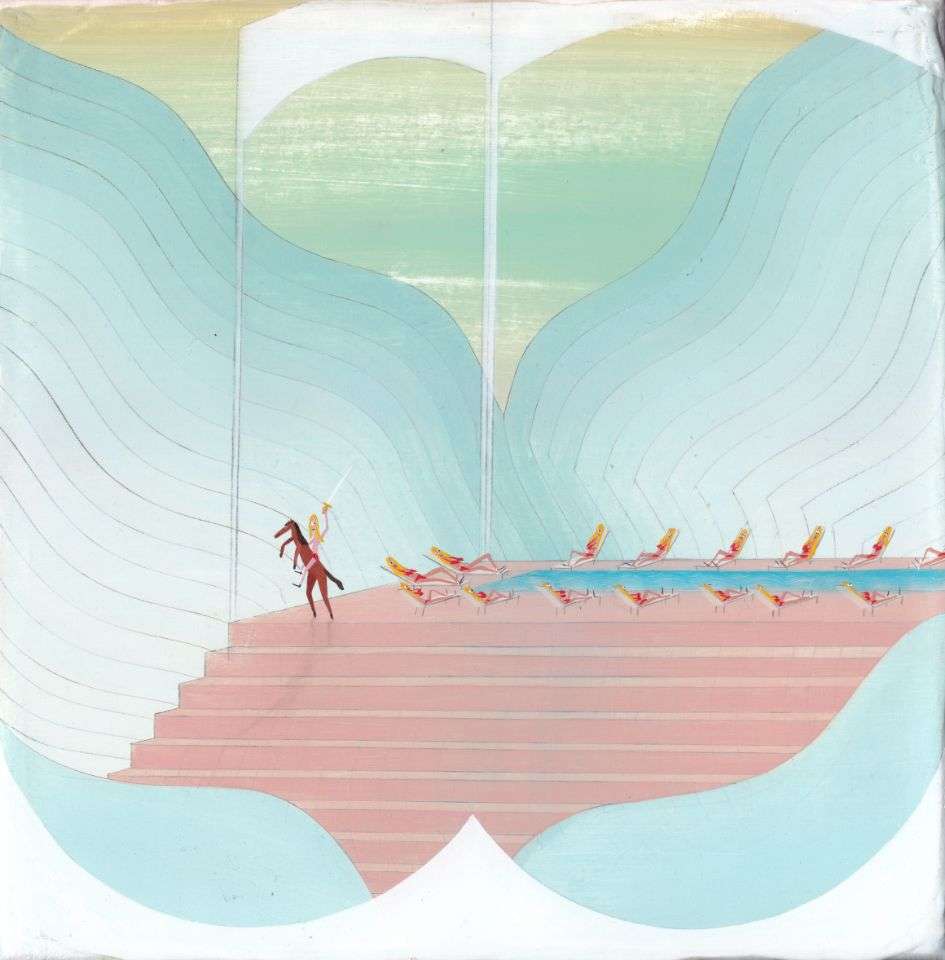 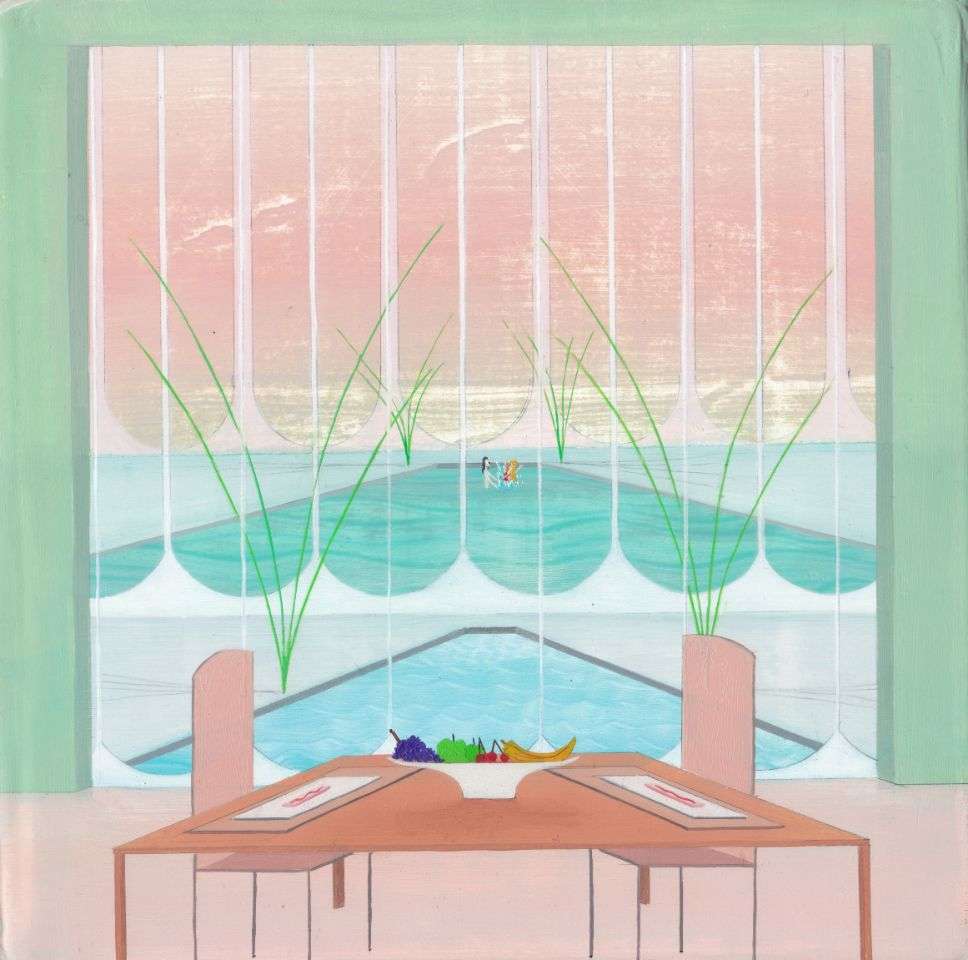 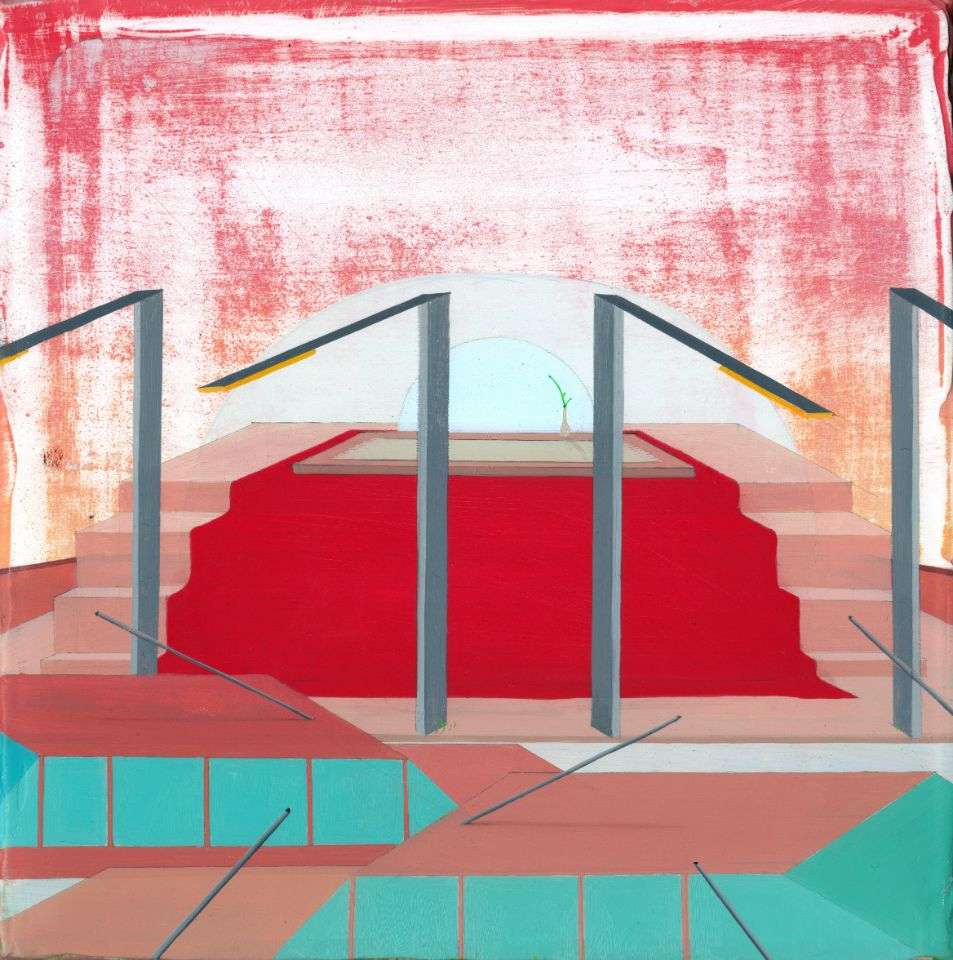 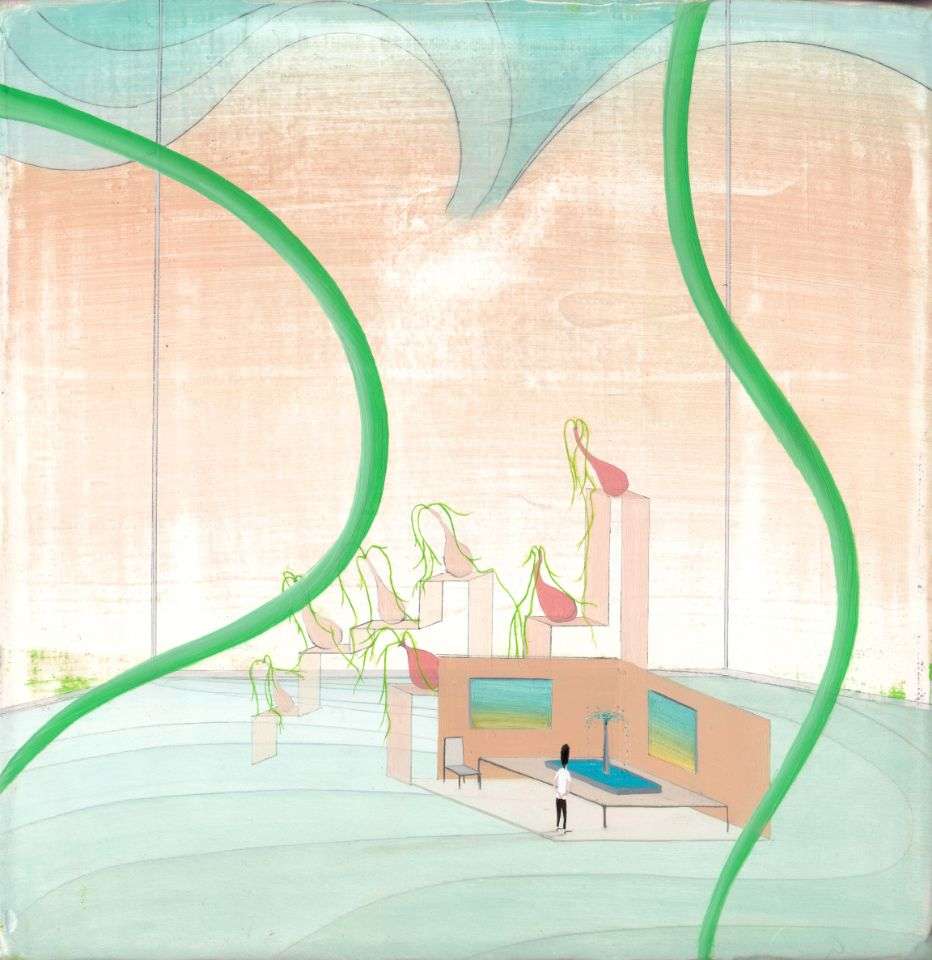 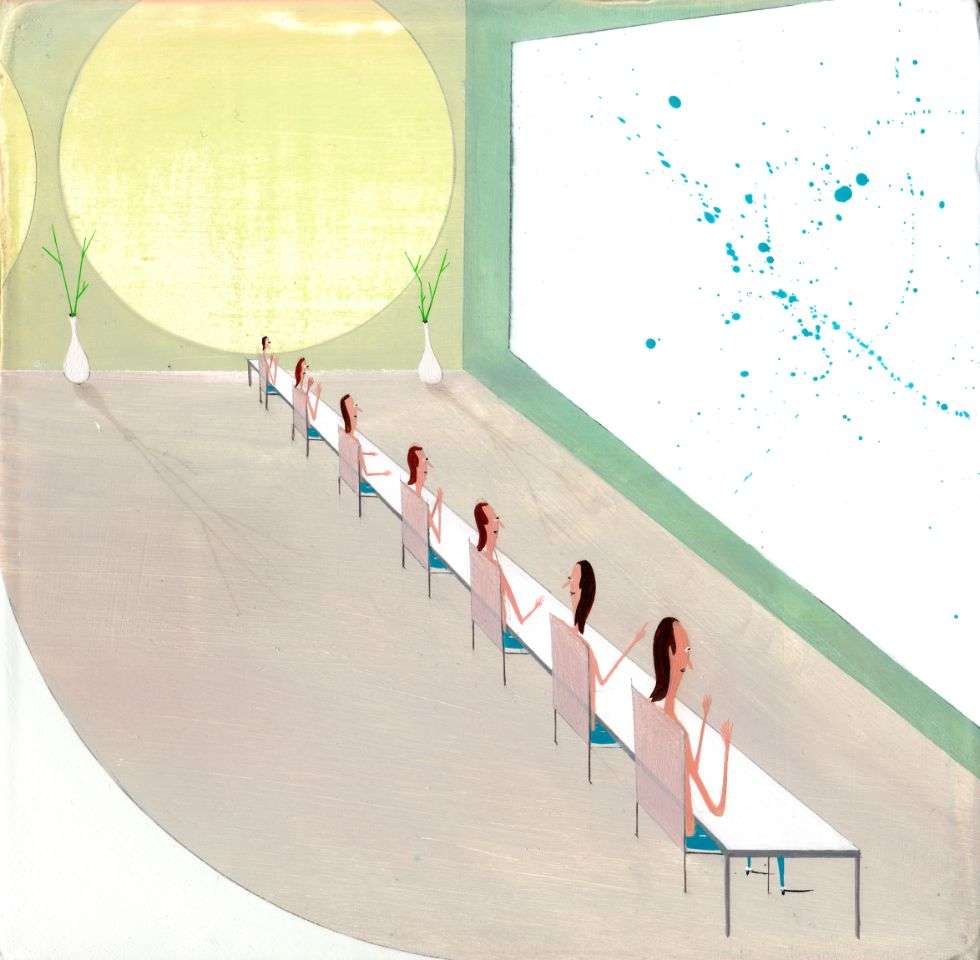 I grew up in Belgium, and I live and work in Brussels. At the beginning, I first started with graffiti, and at the time I was studying computer science. I was studying near a contemporary art museum. In my last years at school, I began to paint a little. At home, in the privacy of my bedroom. I painted tortured faces on plywood boards that I bought with my mother.  At the same time, I started graffiti. Timidly. I went out under a bridge near the house at night, with a ladder. I was a self-taught painter. At that time, I had never taken courses in painting or drawing.

It was through the internet that I became interested in it. Then I met graffiti artists elsewhere in Belgium. I made contacts. I began to travel. Then I began study painting at the Royal Academy of Fine Arts in Liège.

Painting was the only thing that interested me. Upon entering the Academy, I did graffiti. First in Liège, then in other cities, in Belgium and in France. Never very far. But we moved around. Every weekend, we tried to go somewhere to jam in abandoned places. Illegal things sometimes, but not much. And then, with the help of my professors, I discovered artists who influenced me and led to what I do now.

Brussels is a very exciting city to make art actually. It’s a place where collectors, many gallerists, and artists are gathered. It is also the capital of my country, to which I am very attached.

I paint the environment in which people live, but without intentional critique or judgement. I paint what I observe, and I feed off of that, I let it steep, and then it comes out. But more than observing the world and its absurdities, I paint a form of solitude. A collective solitude that is unique to our era.

I wake up, put children at school, and then go to the studio and work. Some days, I do not paint at all. I only think. I read comics, listen to music… Other days I will paint intensively. This is my daily life.

Some people told me my paintings and the scenes in them take place in half-real, half-virtual architectures that have a colour range reminiscent of some films from the 1950s, such as The Forbidden Planet. I like that movie, of course. Right now, I am quite influenced by retro-futurism, and brutalist architecture. But why that, more than something else? I do not know… Perhaps a link to childhood.

When I was a kid, I was into science fiction. I read Star-Trek novels, I collected Star Wars role playing cards, I read all the Valerian graphic novels. My bedside book was 2001: A Space Odyssey by Arthur C. Clarke… At one time, as soon as I came home from school, I always watched the last 15 minutes of Star Wars, episode 4. I loved that euphoric moment when the Death Star is destroyed.

In the past, I had some “food security” job like at a call center, as a cook’s helper, etc… But now I try to making a living from my art. It works until now… (fingers crossed)

I am a graphic novel fan. Independent graphic novels. Not comics. Not superheroes who go out “to beat up bad guys”. I do not like the drawings, and the stories bore me. On the other hand, I read a lot of graphic novelists such as Peter Bagge, Robert Crumb, Charles Burns, Chris Ware, or Daniel Clowes. Mostly satirists, who share a similar caustic observation of American culture and the young generation, which are themes that one can find in my work.

Of course, art history interests me. At the Academy, I even took courses in it! I like painting. I am attracted to painting. I like American painters: folk artists like Grandma Moses and Earl Cunningham, as well as Grant Wood, Horace Pippin, and Edward Hopper. I like Mexican ex voto paintings. I love Henry Darger and Adolf Wölfli’s works and outsider art in general. Bosch, Van Eyck, the Flemish Primitives, the Italian Primitives, all the primitives. I love Spilliaert. Recently, we went to see the David Hockney exhibit in London; I love Hockney. Among contemporary artists, I like Neo Rauch, Tal R, David Shrigley, Walter Swennen of course, Chris Johanson, etc…

I admit to being a solitary person. I don’t go out much. I like to work alone in my studio, with my headphones on.
I create a bubble for myself. Sometimes,I have the impression I’m in a teenager’s bedroom. I could put up a “Keep Out”sign on my door!

Next to that, I sometimes rub shoulders with other artists and visits fairs and other shows… I also have 2 children, that takes a lot of time 🙂

In my studio, there are several objects set on the window sill: a plastic rifle, an old vinyl record, a little tank, a plate decorated with a German Shepard’s head, a drawing of a child on tile, a photograph of a bird on a branch, a ceramic… They are objects that I have had for a long time. Some of them were in my mother’s house when I was painting in my room. They are souvenirs, gifts, inspirations. The rest of my studio is rather bare. No books. No papers. No sketches. I work from imagination.

I paint with my headphones on. Music has always been there. It helps me concentrate, it transports me. I listen to
a huge variety of different styles: post-rock, early country, blues, jazz. I love the anti-folk movement, and I like what is being done on the Smallville, Captured Tracks, and many other labels. I always need to seek out new things to listen to, new styles… I must
suffer from a form of musical bulimia, haha!

For me, going to art school was like going to the studio. The teachers let me work quietly. They saw that I was in “my thing”.

To believe in yourself. Even if it doesn’t work, and nobody wants your art 🙂

Something we all want to achieve, even those who deny it. Most artists do this to say “Hey, look at me, I’m here!”

Be published on yngspc of course.

Nothing! I’m taking a little rest during a current solo show. But most of all, actually my daughter has chickenpox…! 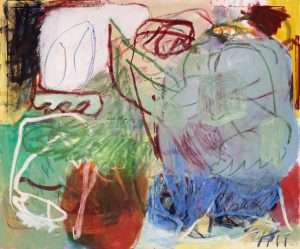