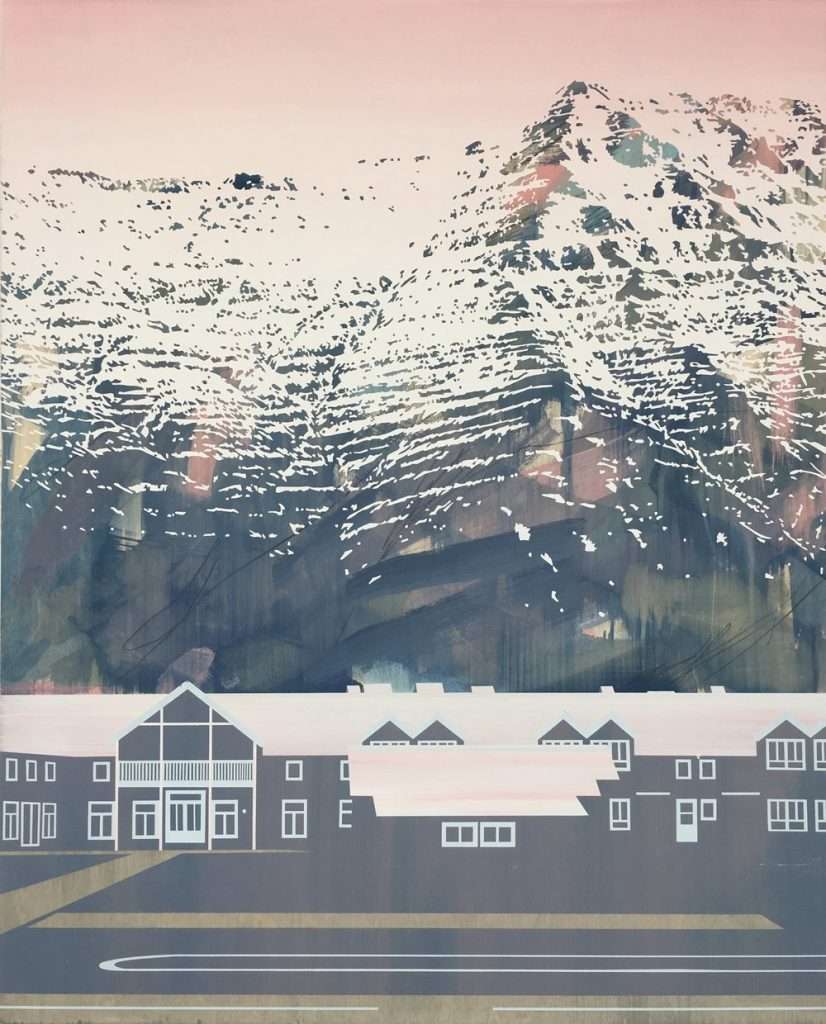 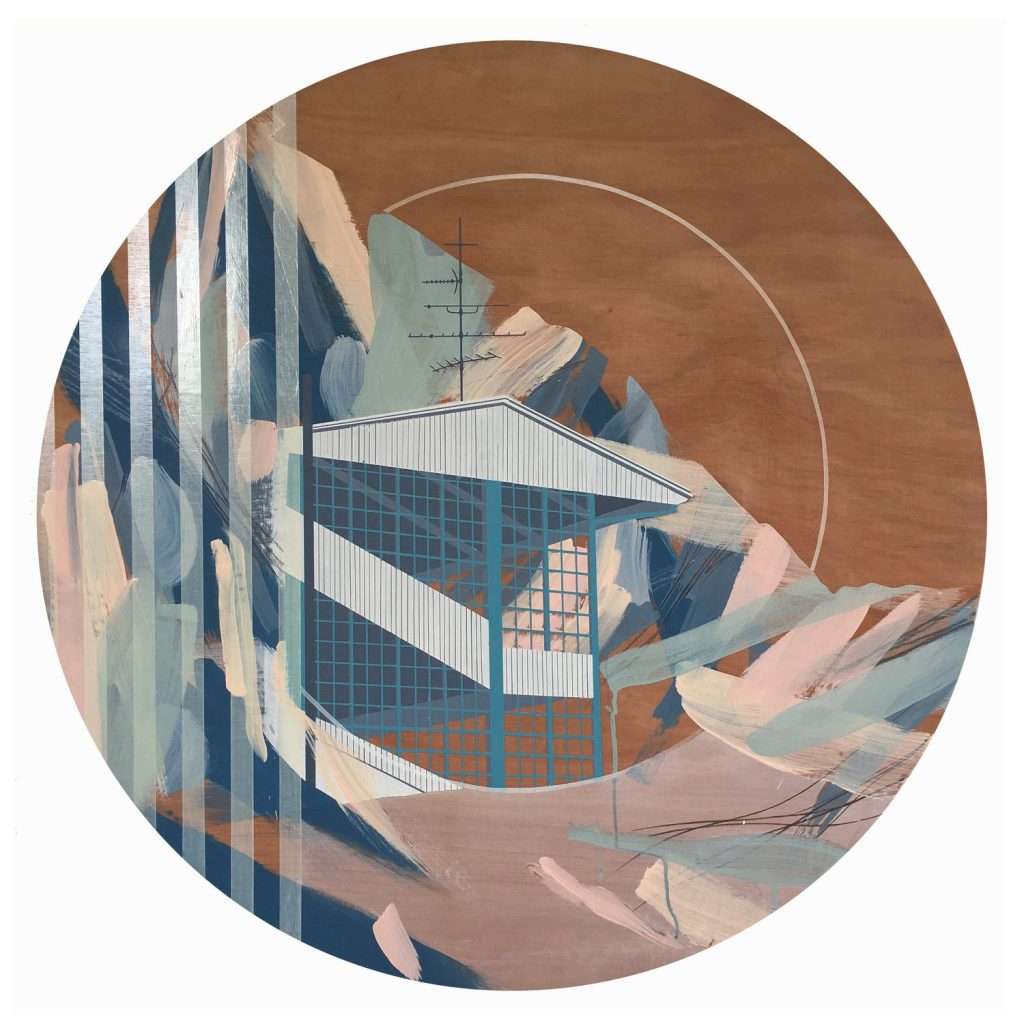 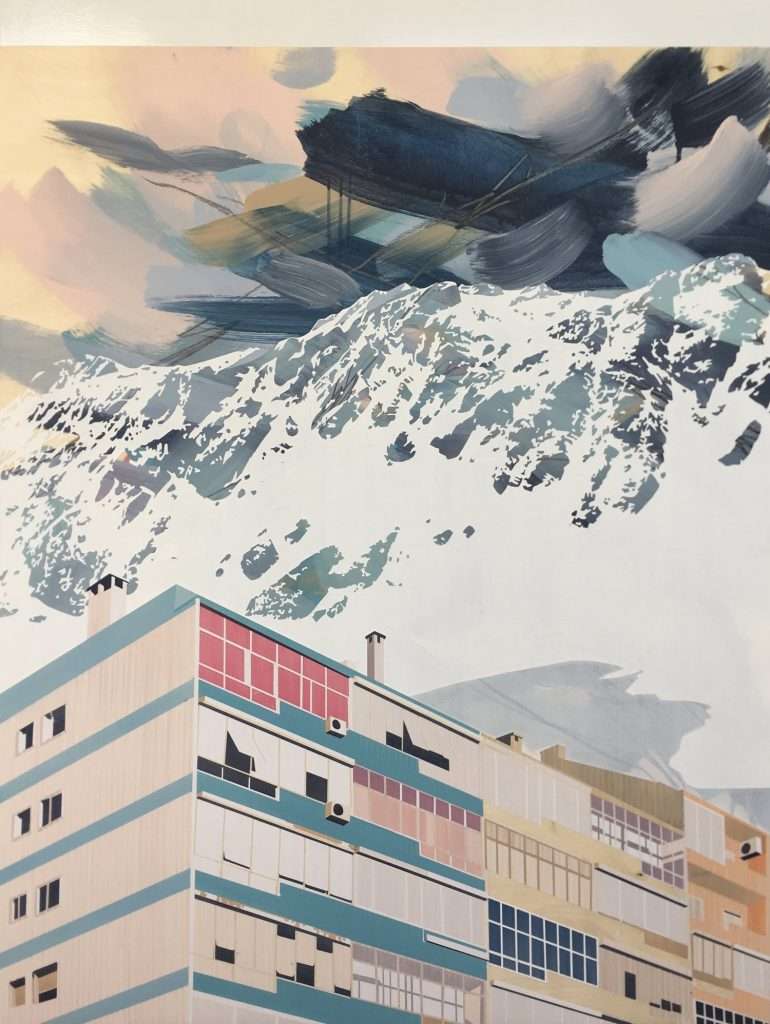 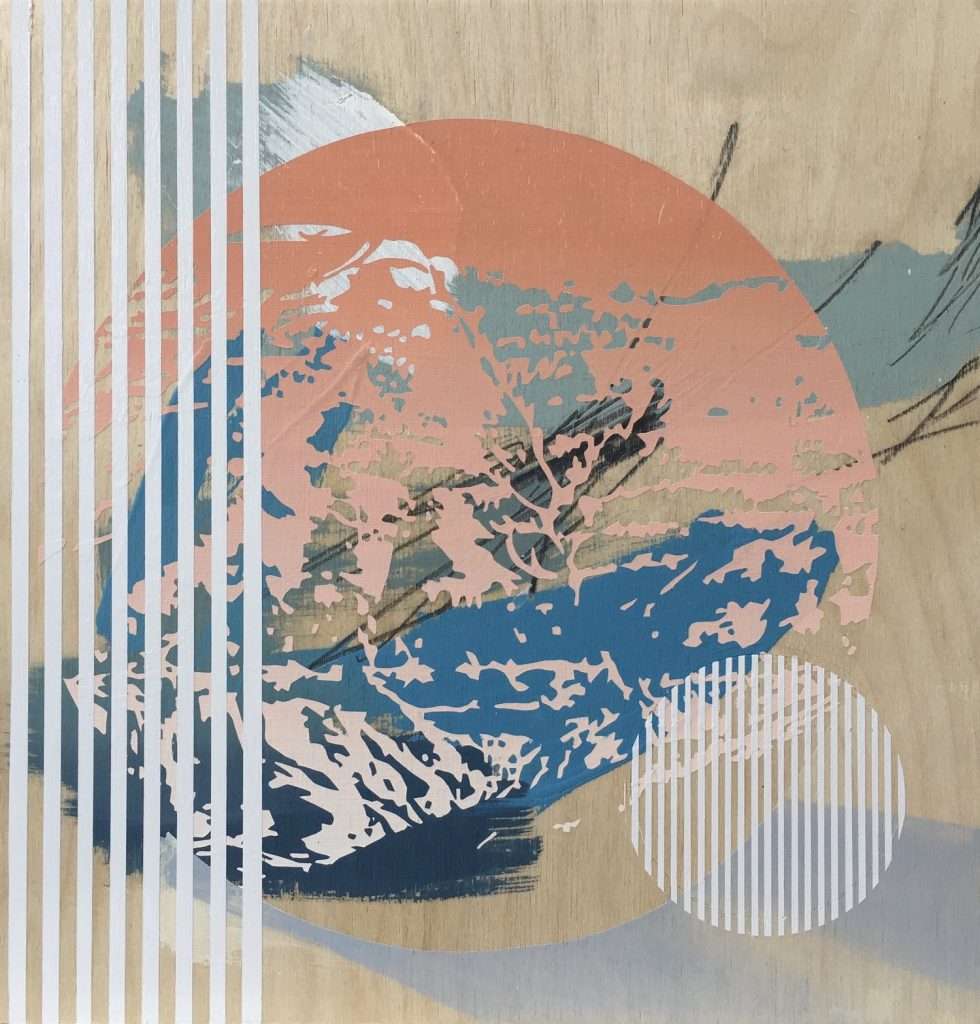 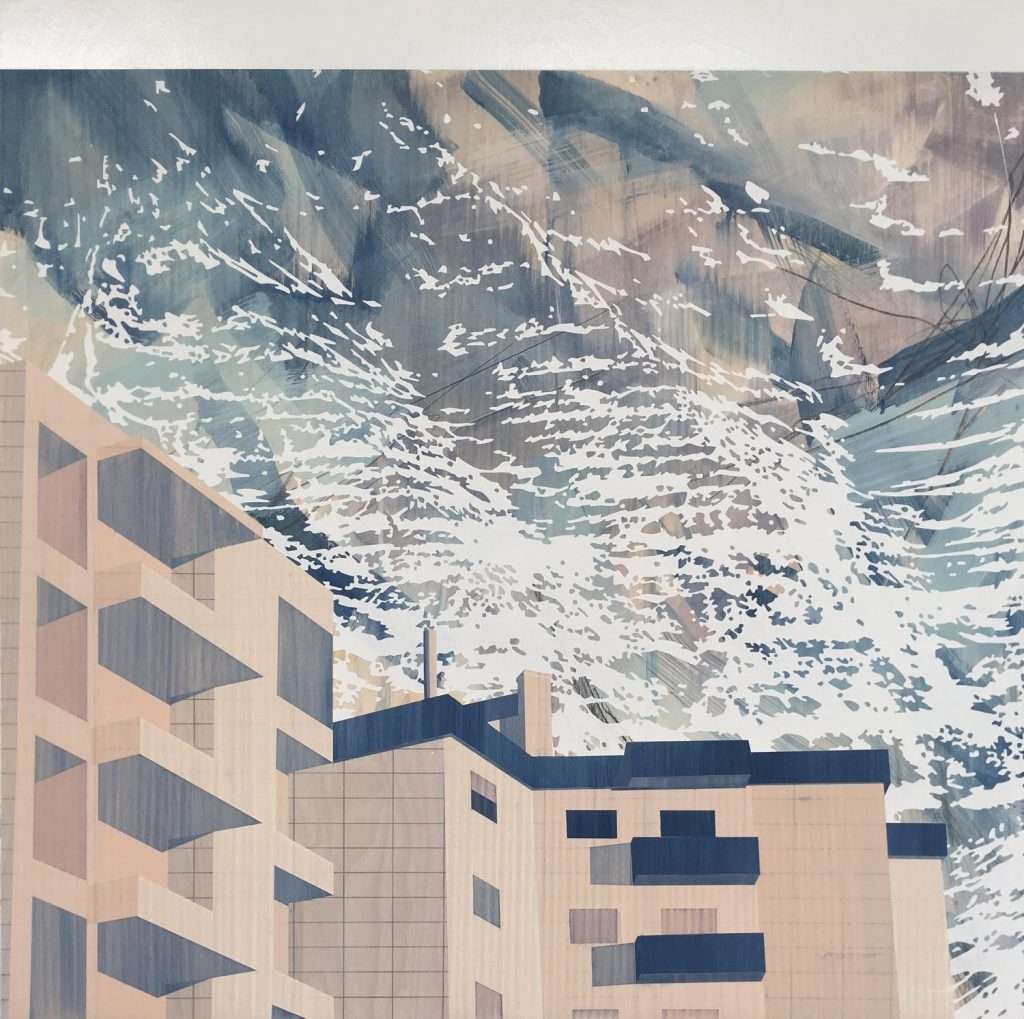 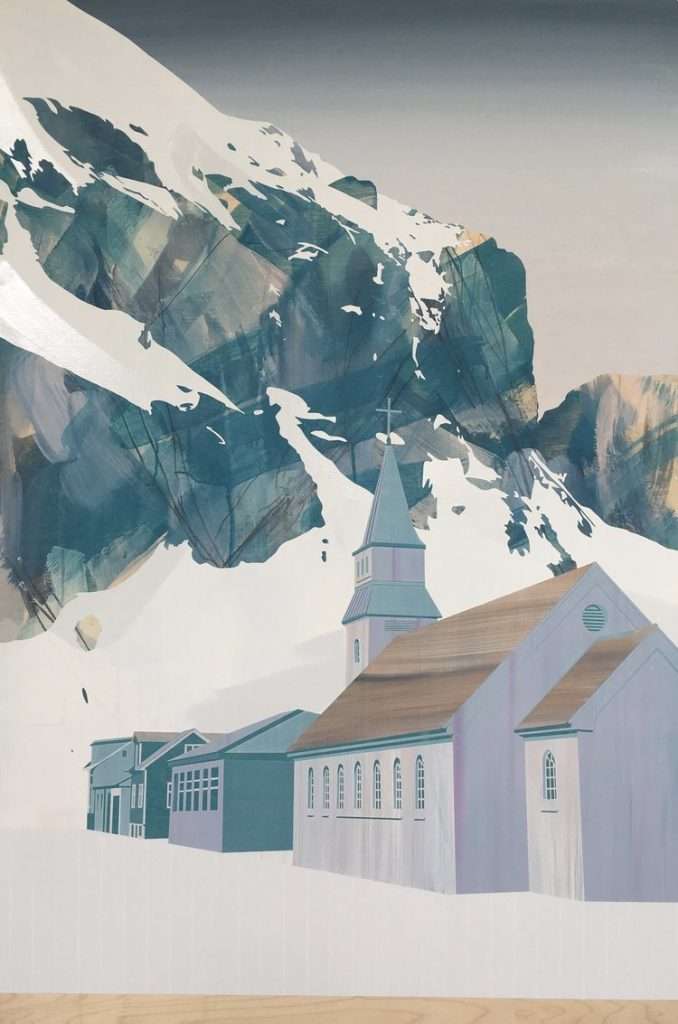 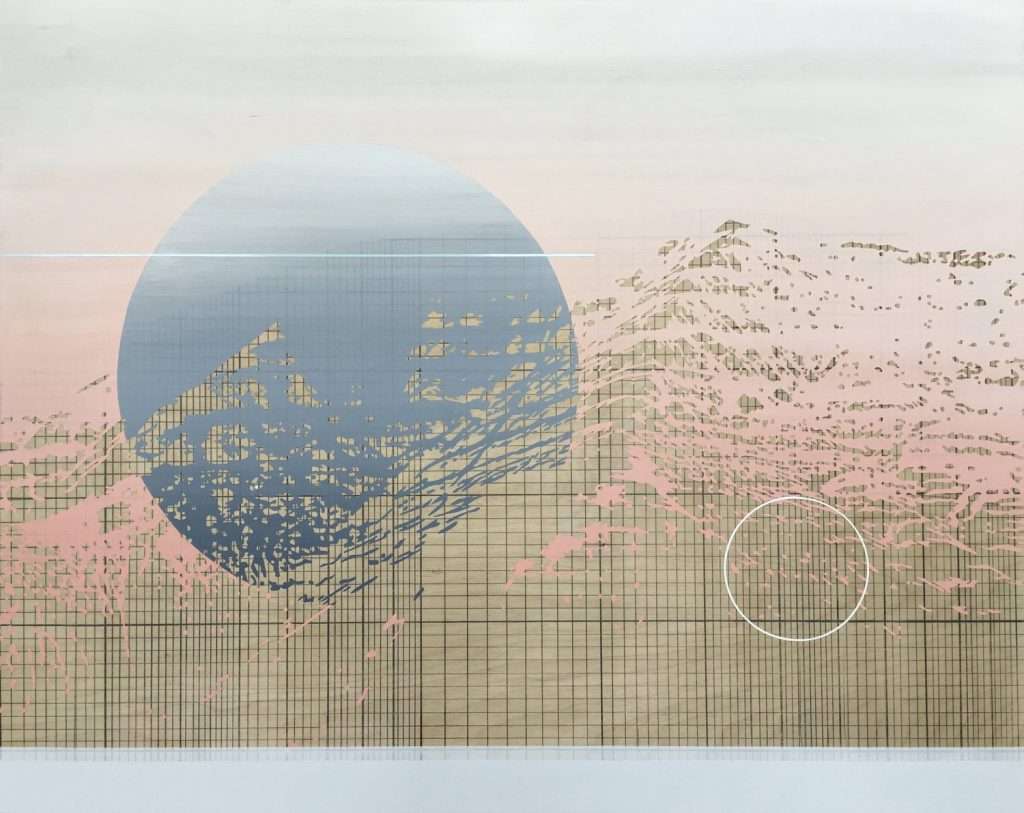 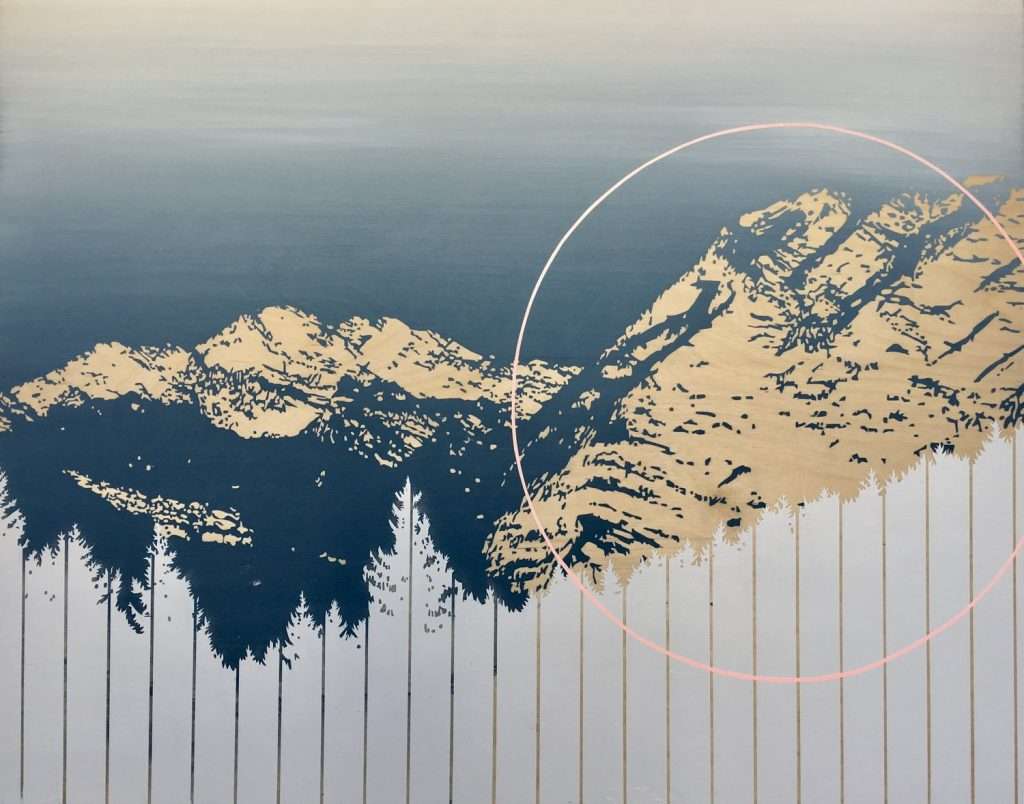 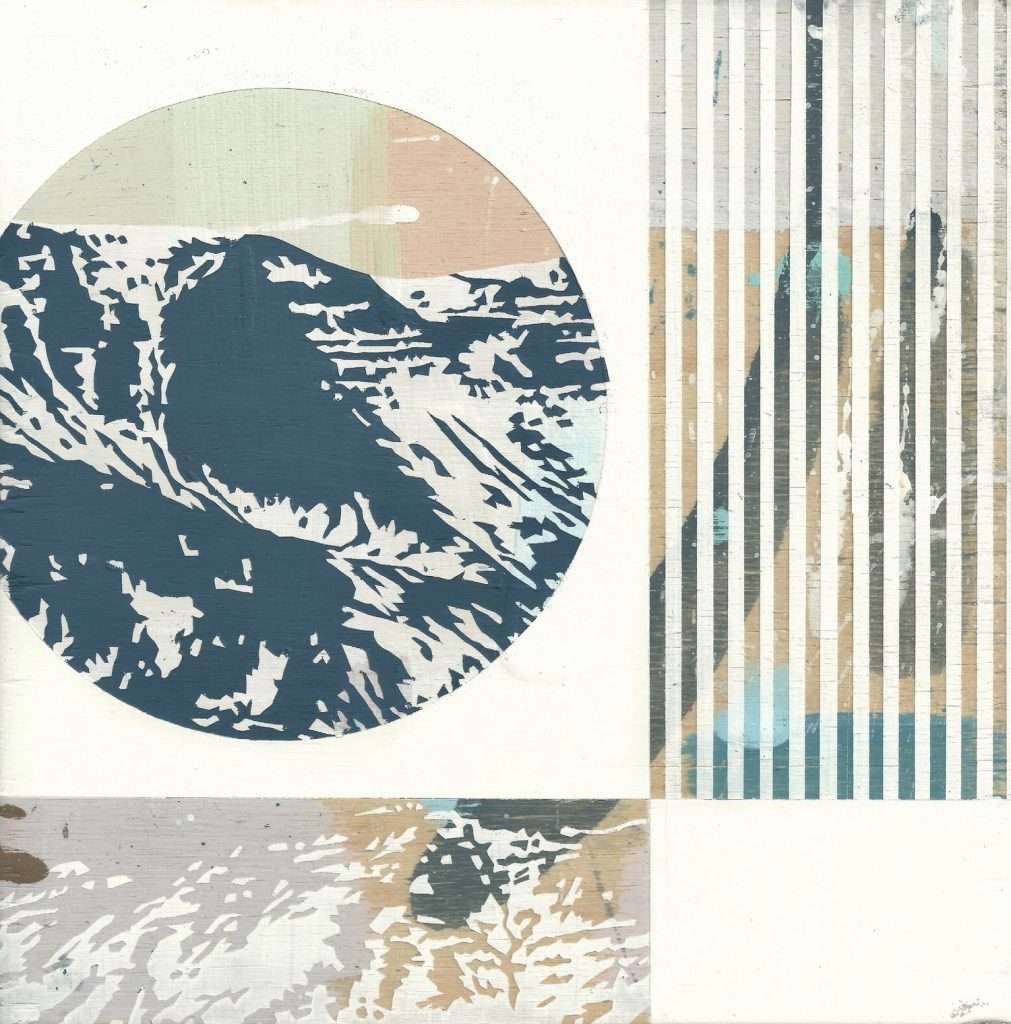 On the occasion of Edinburgh-based artist Emily Moore’s first-ever solo show, at Arusha Gallery, I’m kicking off an ongoing series of interviews, Revisiting, that reconnect with YNGPSC-featured artists at least a couple of years after they were first featured on the site. As their practices have grown and changed, so has YNGSPC, and it’s exciting to reflect on how things have evolved since their initial features on the site! Emily’s show Snowlines at Arusha is on through 25 November 2018!

We first chatted about your work back in March 2017, and since then you’ve been continuing to work in Edinburgh. Your work has been exploring themes of architecture and landscape, especially mountainous environments. Do you feel that your work has evolved or matured in a specific way since we first spoke?

Definitely, my work is always developing. My primary interest is still the landscape but my process is constantly evolving. In my final years of art school (’12/’13) I was really interested in screenprinting which had a big impact on my practice; I developed my own process, using masking tape and a scalpel to create the layered, tonal images on the birch panels I work on. Although I still really enjoy this process and the smooth application of paint I was worried my paintings were becoming too methodical and flat. Since then I’ve been trying to loosen up, creating more contrast between the layers of each piece.

You’ve just opened your very first solo show at Arusha Gallery in Edinburgh, congrats on that! Can you tell me a bit about the work you’ve included in this show?

Last October I spent a week travelling around Iceland, photographing the landscape. The majority of paintings in the show were made using images gathered during that week although some later works in the exhibition depict a variety of locations. My paintings are often created using an amalgamation of personal source images. Each body of work is a documentation of those experiences, the creative process allowing me to recall each place and combine them to create new, anonymous landscapes.

You had just moved into a new studio in a Wasps studio complex, following another change of studio when an office block in the city centre that had housed artist studios was no longer doing so. Have you maintained the same studio space for a while now, and has that influenced your work at all to be settled?

The studio I moved into last year was only under a short-term lease but thankfully another space became available downstairs in the same complex. The floor space is similar in size but my new studio has lovely tall ceilings with big windows. Not ideal if I’m wanting to use my projector but a much nicer space to work in. I’m not sure if there’s been any direct influence on my work but it’s a relief knowing I’m in this studio for the foreseeable future!

Do you have any routines or rituals in the studio that get you into the mode to make work?

Nothing too rigid. I usually just turn on the radio, get changed into my messy painting jeans/trainers and I’m ready. If I’ve had some time away from the studio it’s always harder getting back into work mode but I find it’s best just to start making something.

As someone who loves to travel and whose work is influenced by other parts of the world, do you anticipate staying in Edinburgh for a while?

It’s hard to say. Next year will be my tenth year living in Edinburgh which is crazy. I always presumed I would finish my degree and move on somewhere else. It took me a while to feel settled in Edinburgh after travelling for six years but now it would be hard to leave. I’m really content with things at the moment; my studio, having close friends nearby, my hockey team but I’d also like to experience living somewhere else. Watch this space!

Is there anything you’re currently super interested in, or particular ideas you’re beginning to explore more?

At the moment I’m continuing to experiment with the layering and process of my paintings. I’ve long admired the loose brushwork and energy of some abstract artists. This is something I used to shy away from in my own work so have been trying to incorporate aspects of this in my recent paintings.

What do you do if a piece you’re in the process of making is just not working?

I’ll always continue working it through to some kind of end point. Even if I’m not happy with the piece and will most likely never be, it’s good to stick with it.

What was the last thing you read?

Do you have any upcoming projects that you’re working toward currently?

At this point in time I’m pretty free. Having just completed a large body of work for my solo exhibition, I’m looking forward to spending time in the studio experimenting. It’ll be nice not having the pressure of creating work to exhibit and I’m going away over Christmas so hopefully this will provide me with some new inspiration. I’d also like to look into residency opportunities. This is something I’ve always been interested in doing and now feels like a good time.

I’m always looking for new opportunities to travel, exhibit, collaborate so please get in touch: art@emilymooreart.com 🙂 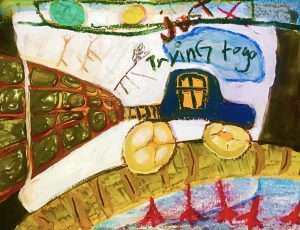