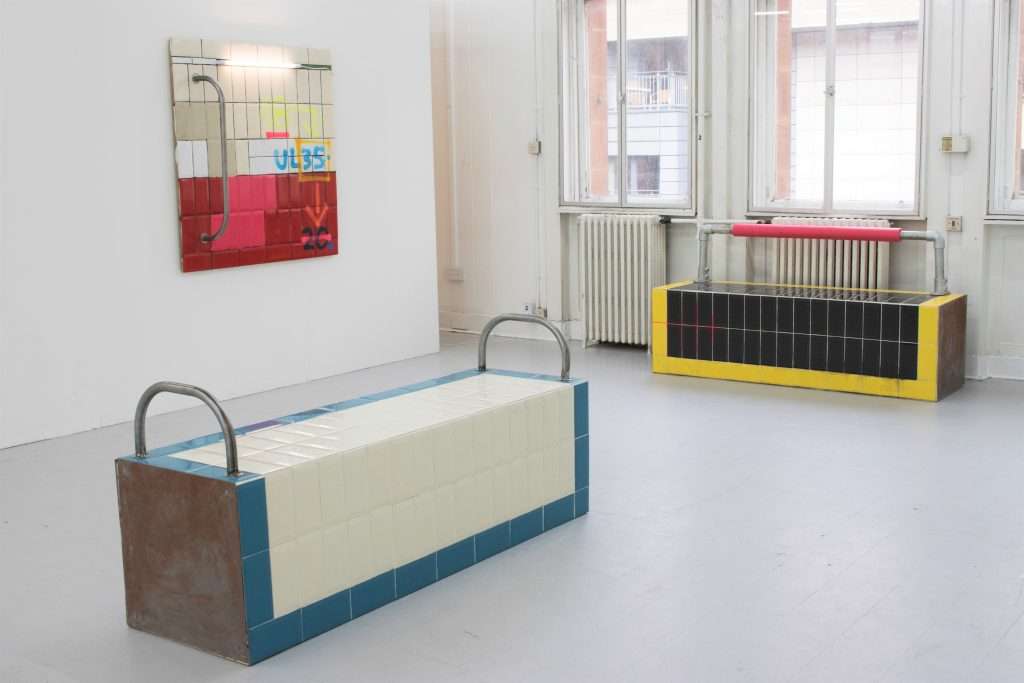 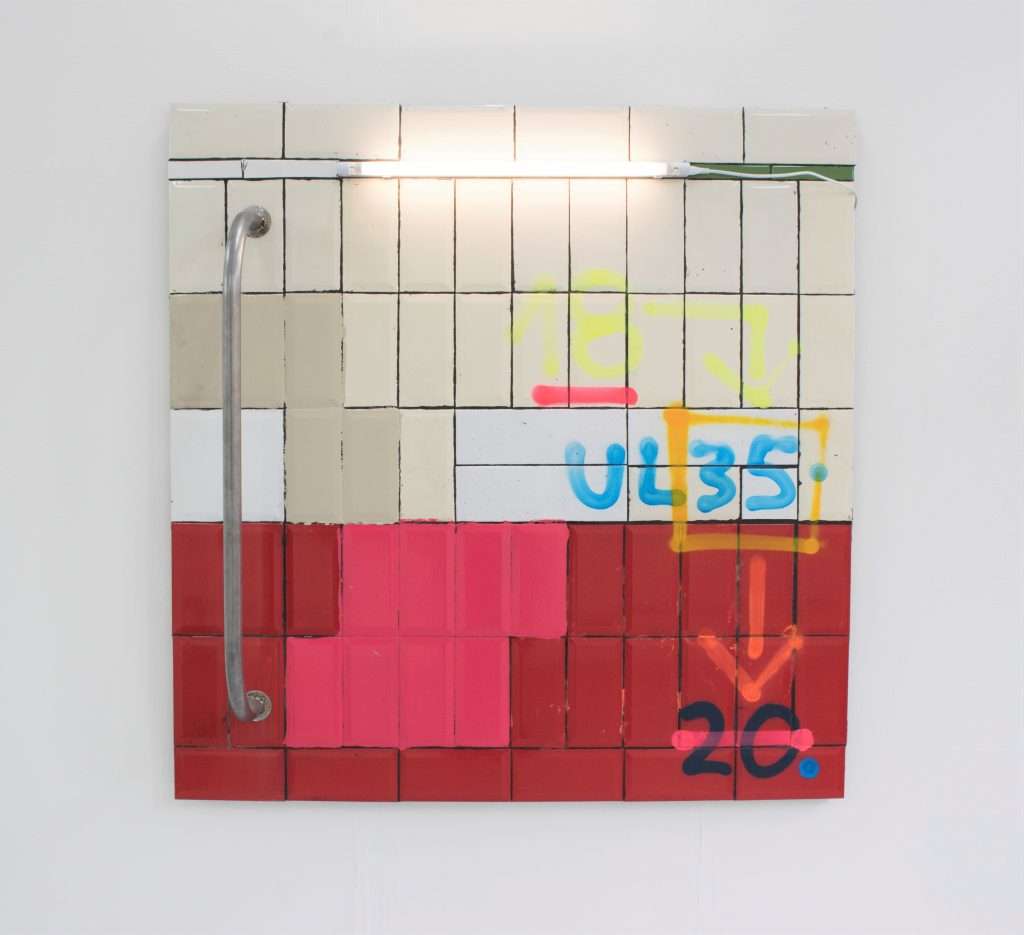 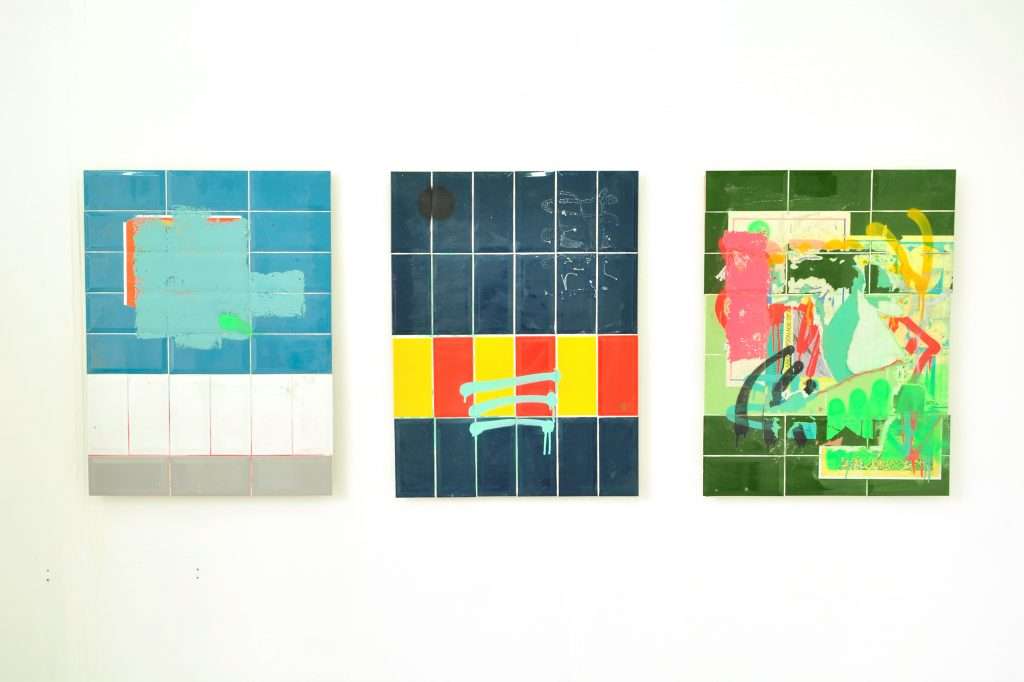 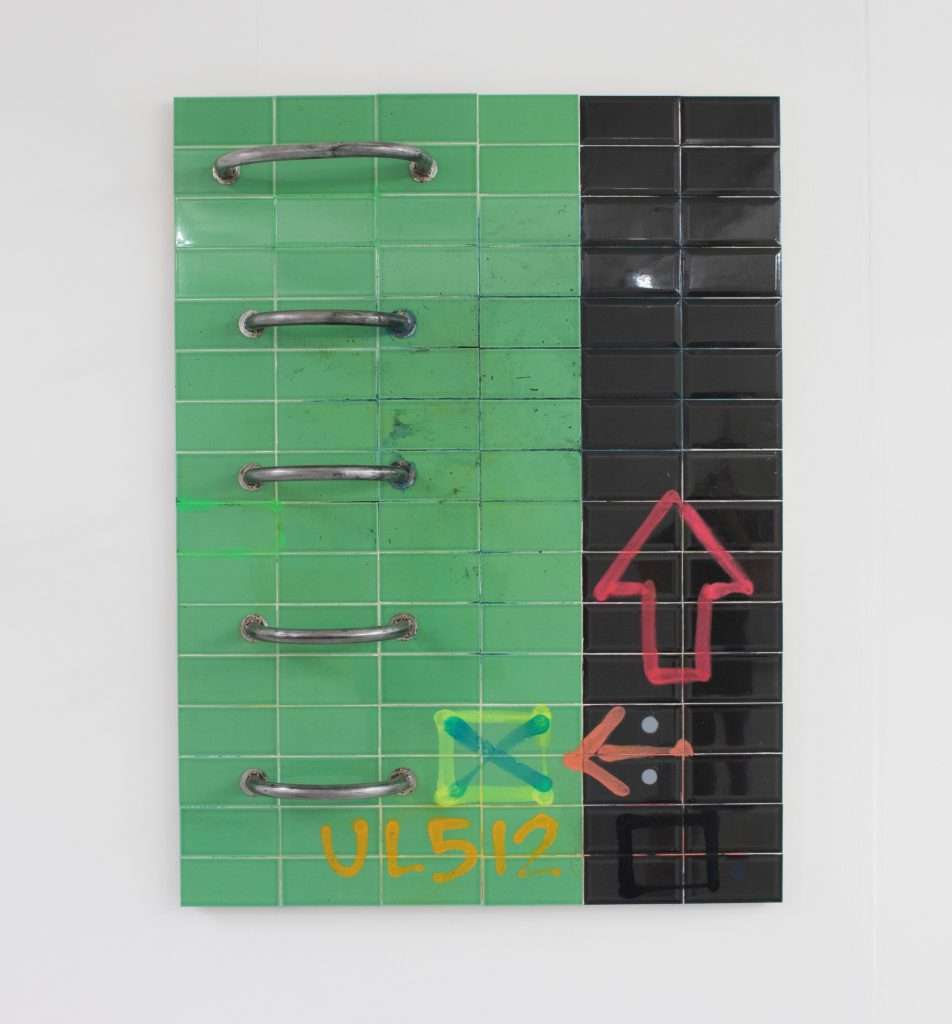 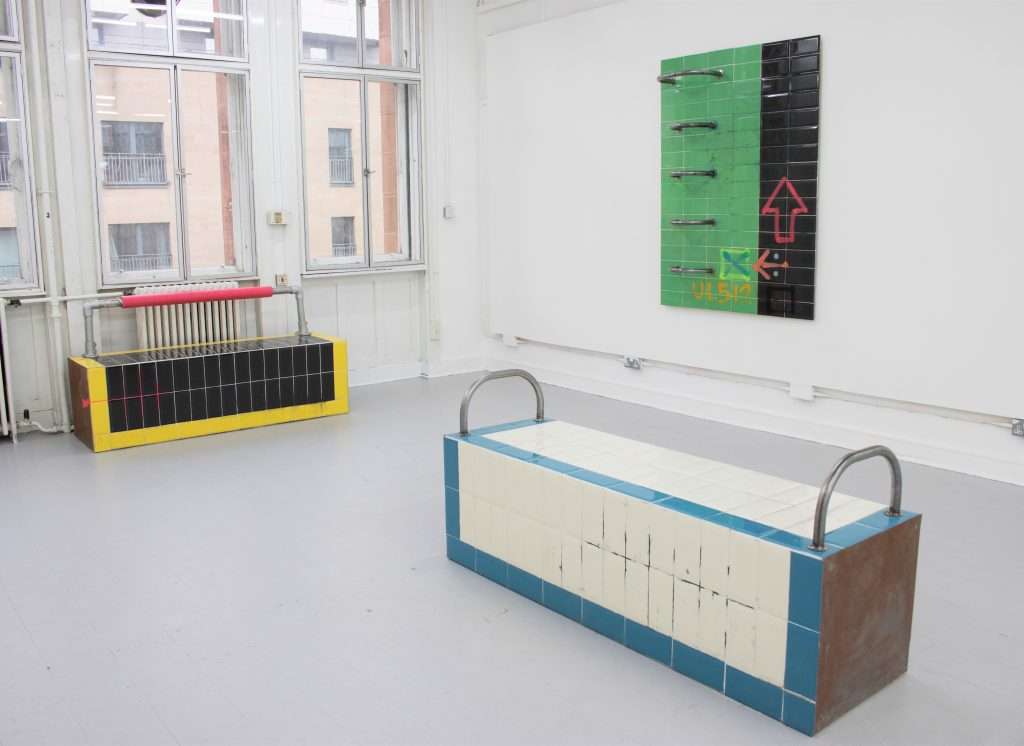 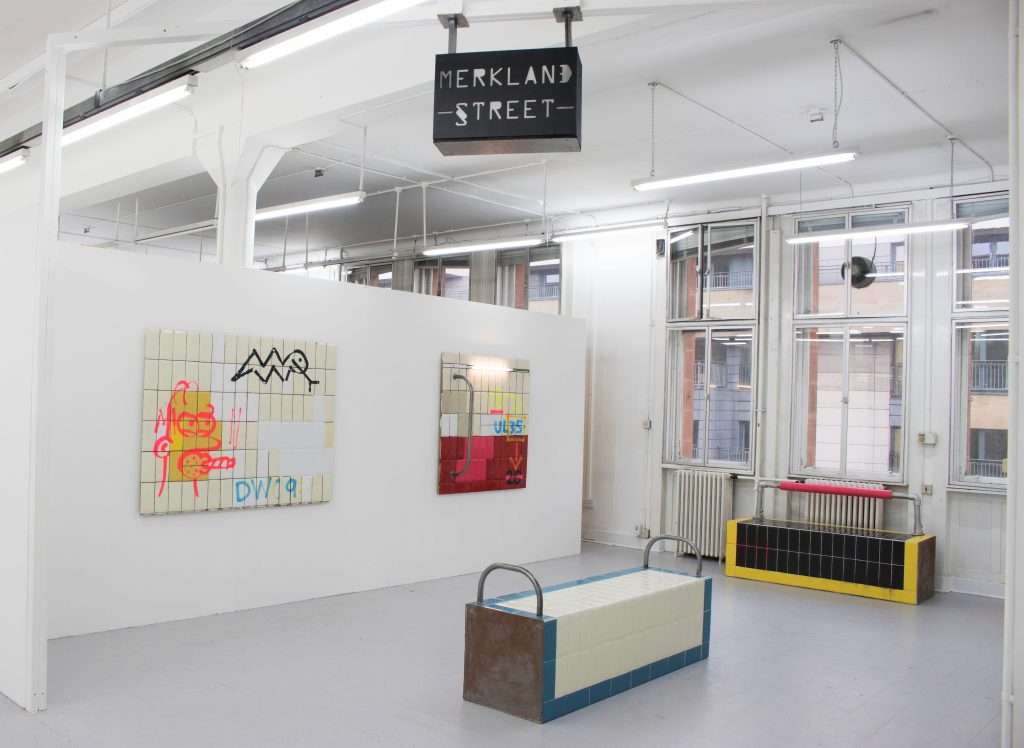 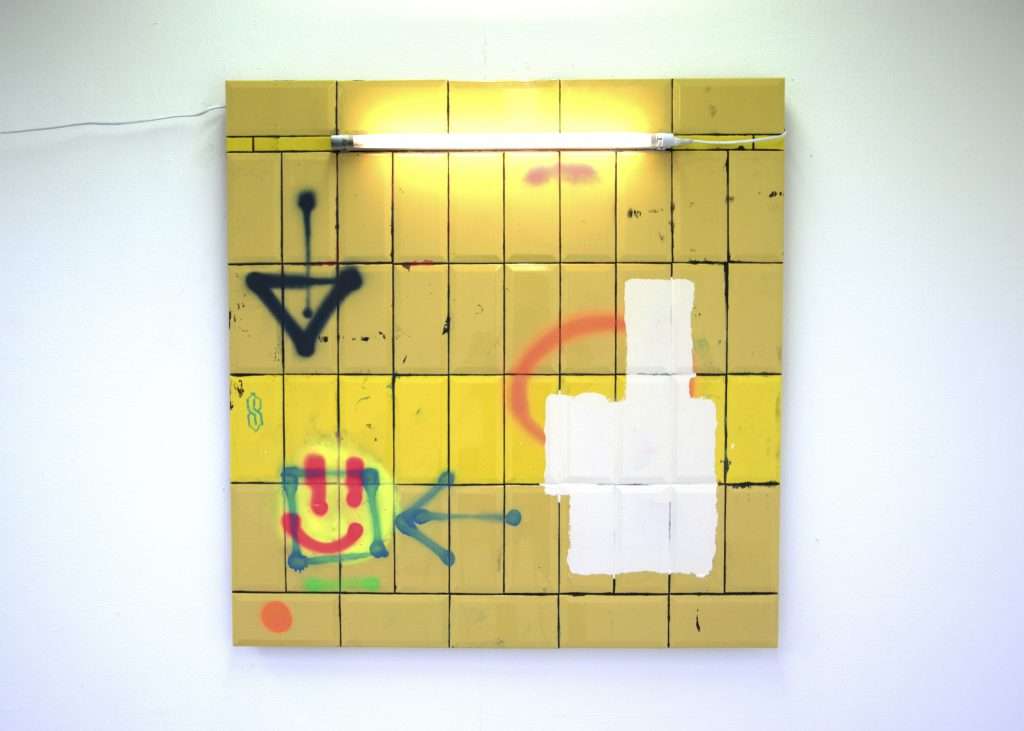 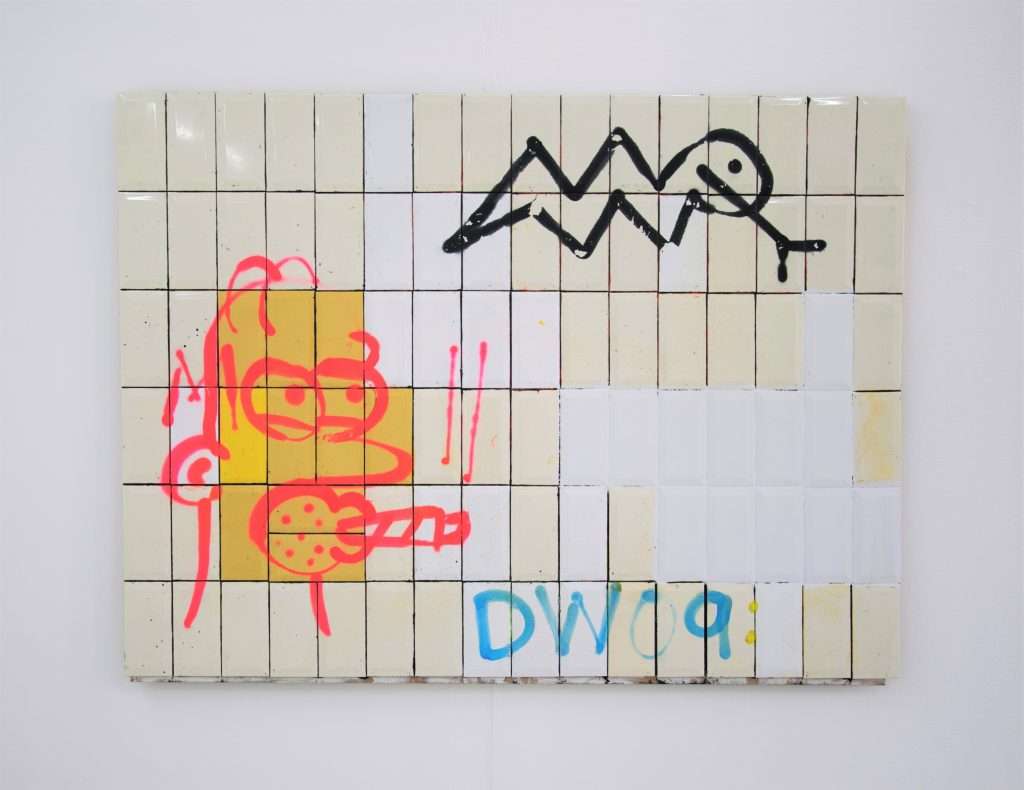 I love Glasgow-based artist Stephen Burke’s interpretation of the urban environment and graffiti into 3-dimensional elements and installations, combining elements of painting, assemblage and sculpture. Find more at the links!

Can you tell me about yourself?

I’m a fine-art painter from Dublin, Ireland. I graduated with a BA in Print-making from NCAD, Dublin in 2016 and spent the following year putting together and publishing ‘Buff’, which was a book exploring some of the creative notions attached to the removal of graffiti as a form of labour art. I moved to Glasgow a year ago to do a masters in painting which just finished up last week so I’m on a studio hunt at the minute. I guess that’s a rough timeline of what I’ve been doing the last few years.

When did you first discover art or knew you wanted to pursue it yourself?

I first discovered art through graffiti. I always had an interest in doing creative things but never really had a viable outlet for it. Graffiti was that outlet in the beginning. A lot of friends I painted with at the time had progressed to art school so naturally I wanted to see what all the fuss was about. I really enjoyed it and some years later I’m lucky enough to still be creating things.

What do you enjoy most about working where you do?

I’m working in Glasgow at the moment. The cities brilliant for the arts, lots of interesting venues and artists pushing the envelope. For my own creative interests it’s quite interesting too, there’s some gritty areas dotted around the city that have some really brash characteristics, lots of really bad graffiti down steely lanes and worn away tiling patterns on old tenement buildings. There’s a real beauty to these things when they’re framed right.

What ideas are you currently exploring in your practice?

Currently I’m exploring ideas on public vs private spaces, post-vandalism painting and as coined in the recent ‘Streets to Studio’ book by Mike Ballards anti-landscape painting. I like many of the ideas of the Situationists too, public space interventions are something I’ve always had an interest in. The work generally revolves around the urban environment as subject and playground which is quite topical at the moment due to the gentrification of areas across Glasgow and Dublin.

Can you describe your process?

My process is quite lengthy. I shoot photos everywhere I go looking for interesting characteristics about the city, reading up on some of Guy Dubord’s psychogeography texts has been really beneficial for this. Once I’ve chosen a photo or some features from a series of photos I set about constructing paintings or sculptures from that. Usually I’ll construct a surface as opposed to using canvas. Canvas has never made sense for my own work as it’s a material that doesnt really relate to the urban environment. I want to construct something which looks of its context. Next there’s a process of addition and subtraction of marks using emulsion, spray paint, dirt, soot, paint stripper and what ever else I can find until the composition is correct, this part of the process uses lots of marks I’ve documented as reference but the working out process is quite intuitive. The addition vs subtraction only stops once it looks right, this varies from work to work, it could be 5 minutes or it could be a few days.

Is there any subject or theme that you’re particularly interested in right now?

I’m most interested in whats happening now within the art world. There’s been a influx of graffiti writers into the contemporary art world recently which is cool to see. There was and to an extent still is a stigma around graffiti, it’s a polarising topic by nature. This hasn’t been helped by the mega corporations highlighting the more glamorous and tacky aspects of graffiti and absolving it of any criminality, stripping it of its essence. That stigma seems to be declining now due to folk that paint being more publicly transparent and thanks to some artists today producing interesting works which have taken from the ideas of graffiti and translated them into contemporary works. The last thing the art world needs is another wildstyle on canvas.

What does “community” mean to you?

Community is particularly important within the arts. It’s so easy to get derailed after art school, life gets in the way and other things get prioritised. I think people for the most part end up coming back to it though. Having a motivated group of makers around you helps a lot in maintaining a high moral, especially in between shows when its hard to see whats in sight. A bit of outside perspective helps keep me on the straight and narrow. 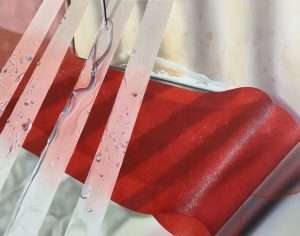