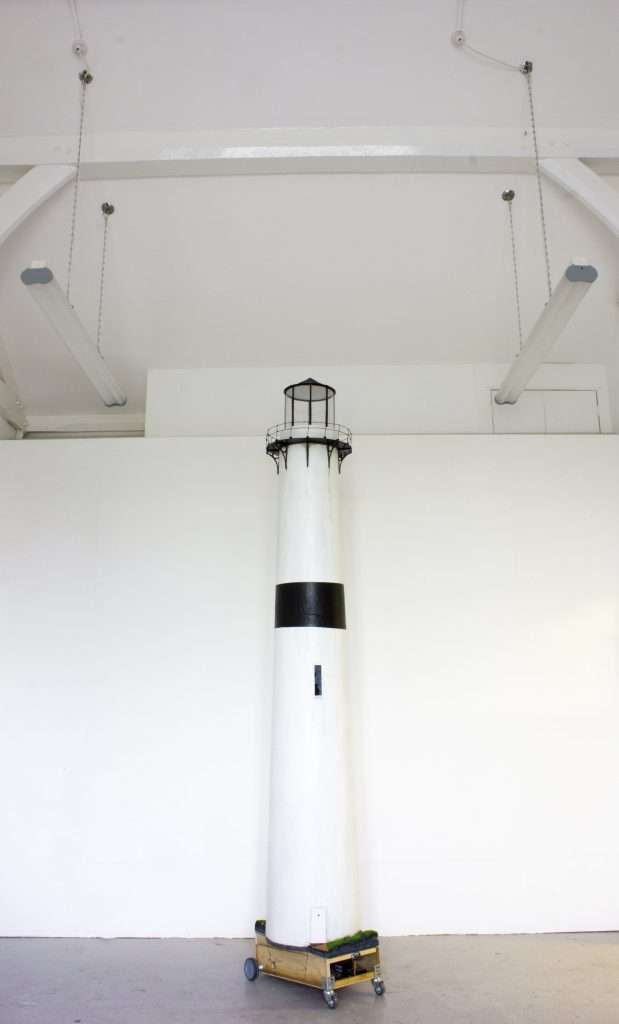 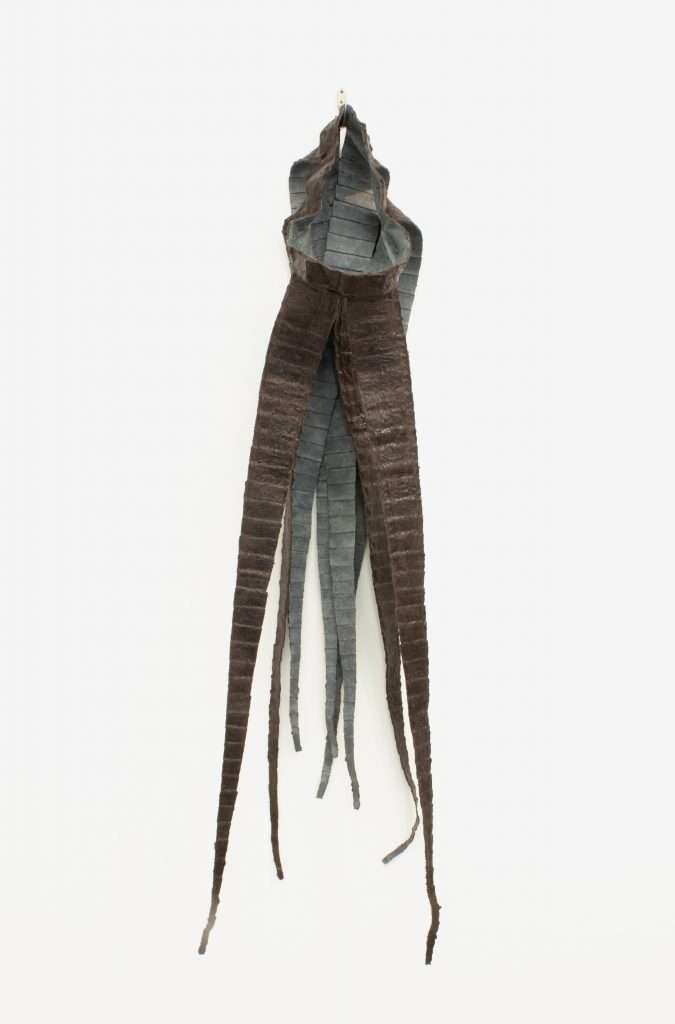 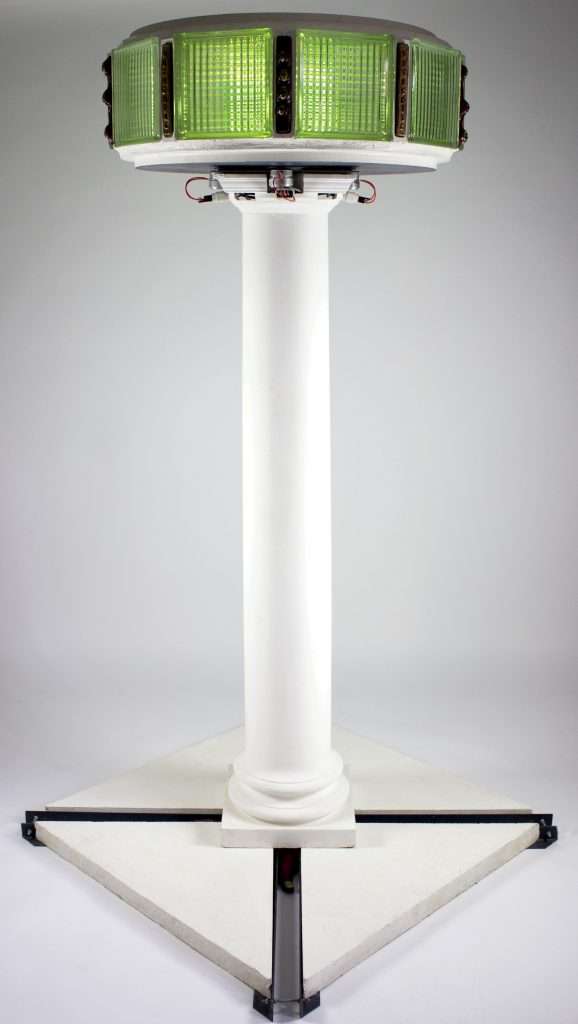 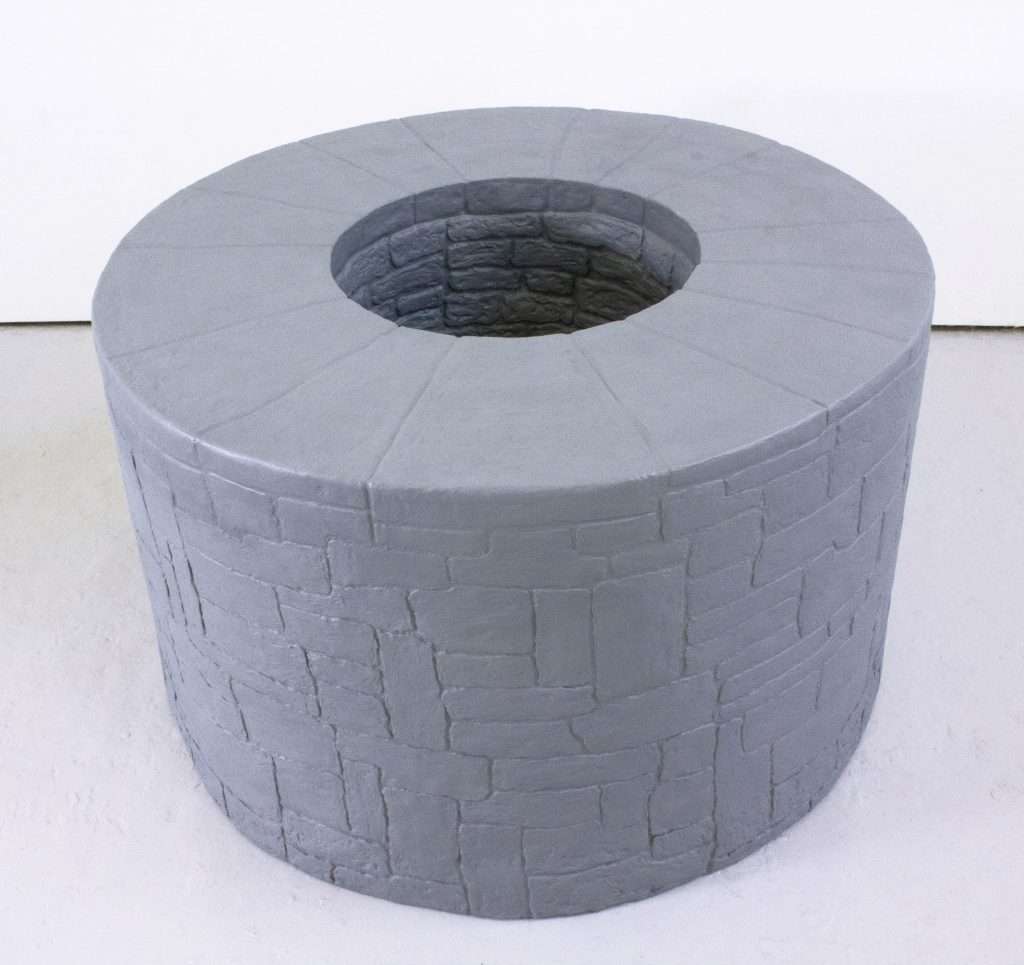 I ran across Simon Handy’s work at the Camberwell College of Art degree show — or perhaps it could’ve run into me?! His sculptural installations often have a participatory element, and are fueled by an interest in technology and robotics, sometimes utilizing websites to allow others to contribute content to an artwork, or other times scaling down permanent structures, such as a lighthouse, and putting them on wheels to humorous effect.

I was born and raised on a farm in the Cotswolds but now live in London and I just graduated from Camberwell College of Art doing BA Fine Art painting and loved it. I make techy work that tries to deal with issues like automation, displacement, and the mechanistic view of life but I try to make it funny to humanise the intimidating topics.

Last year I won the Mead scholarship which funded my robotics project so for the last 12 months I’ve been teaching myself electronics, coding and robotics and for my degree show I made 3 large autonomous robotic artworks. Dumbness is really important to me because it makes my work approachable – you’re probably not having a deep dark contemplation about ideological hegemony when a giant model telegraph pole is chasing you around the room, but maybe you’ll think about it later.

Neither of my parents are arty and I grew up pretty isolated from the art world (and most off the rest of the world) so I’m not really sure how I ended up doing art. Living on a farm meant I was always building elaborate dens, playing with machinery and carving spears, bows + arrows etc. so I guess that was a start. I studied art in school and then went to the local foundation because my older brother did and because I didn’t know what to do and then I somehow ended up at Camberwell.

I actually don’t think I properly understood why I make art until this year. A combination of great tutors, lots of reading and a kind of political urgency has led me to a point where I feel like I can justify art-making to myself.

As I’ve said, I’m interested in technology and the critical theory that surrounds it. I’m interested in technics of all kinds, in how the made object effects culture by serving as a semi-permanent form of memory that can be passed into the future. I try to challenge technologies that I believe are damaging or dangerous and I try to create technical objects that will positively impact future culture. Comedy is a big part of what I do though because without it the work would be cold and impenetrable.

You might have noticed I studied painting but I make robots. I started out as a painter but last year my nerdyness got the better of me and I started to make machines and kinetic sculptures. From then on I just got nerdier and nerdier until I started making robots.

My most recent work is moving towards social engagement; it is a digital wishing well that reads out wishes made by anonymous users online using text-to-speak software. The well is connected to a website where the audience and general public are allowed to make a wish as part of a financial transaction using Paypal. It questions our relationship to consumption, freedom of expression and our dependence on technology to communicate or to have a voice. It talks about the internet as a platform for free speech but also the controlling structures within that system and the use of capital as its enforcer. Mostly the wishes that come out are totally banal or funny, but occasionally they are incendiary and turn the gallery space into a political battleground.

I have two strands running through my practice. I usually start out from the technological side with something I want to build that will perform a function and then I introduce the artistic side and try to disrupt and undermine the thing that I have made. I make lots of large works pretty quickly and I try to have several pieces on the go at once, the bit that takes the most time is working out the technical problems.

This year I’ve been making large-scale models so I spend a lot of time meticulously hand making them. My tech is the same, I insist on making it myself – partly because I’m a control freak but also because the labour that goes into the work is important to me, especially when juxtaposed with automation technology.

I love to build stuff so I have loads of unnecessary shelving, racks all the way up the wall to store sculptures, a DIY extraction unit, a folding workbench and a homemade locker. I usually have a few big sculptures on the floor which I work on until I’m tired and then I will do some robotics or something techy at my desk in the evenings. Having the sculptures on the go at the same time as robots means I have to keep things clean but I am pretty bad and everything gets covered in dust. Generally it is a pretty nice environment with people making stuff all around, the radio on, and lots of cups of tea.

I find the seeming inefficacy of art most frustrating, I have to believe that art has some meaningful impact on the world in the long-term but it seems pretty futile in the short-term. The intense marketisation of all things art-related, the use of art as and investment vehicle, the link between artistic communities and gentrification, and the conservatism and cynicism of most major art galleries and institutions only serve as further disincentive to carry on. It takes a lot of faith in what you’re doing to be able to look past these issues so, like most artists, I go through long periods of disenfranchisement where it is very hard to keep making and that is a major disruption to my practice. 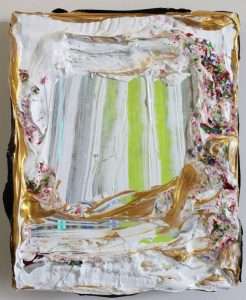