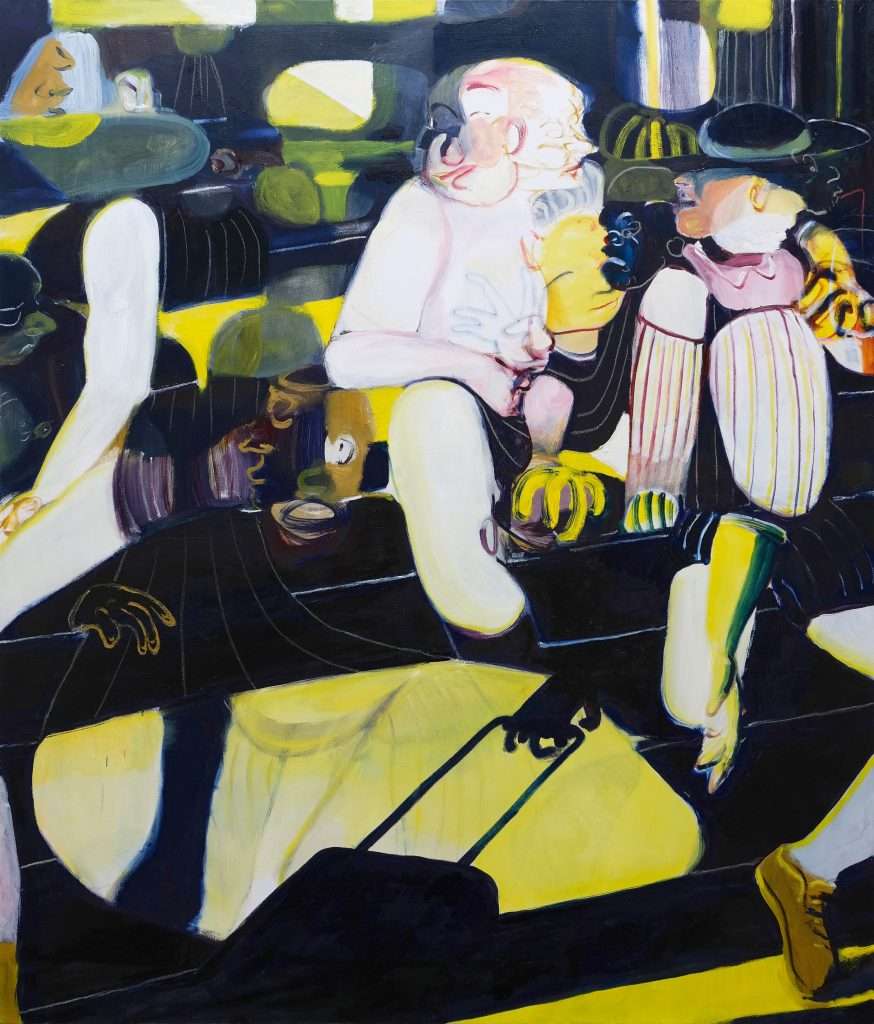 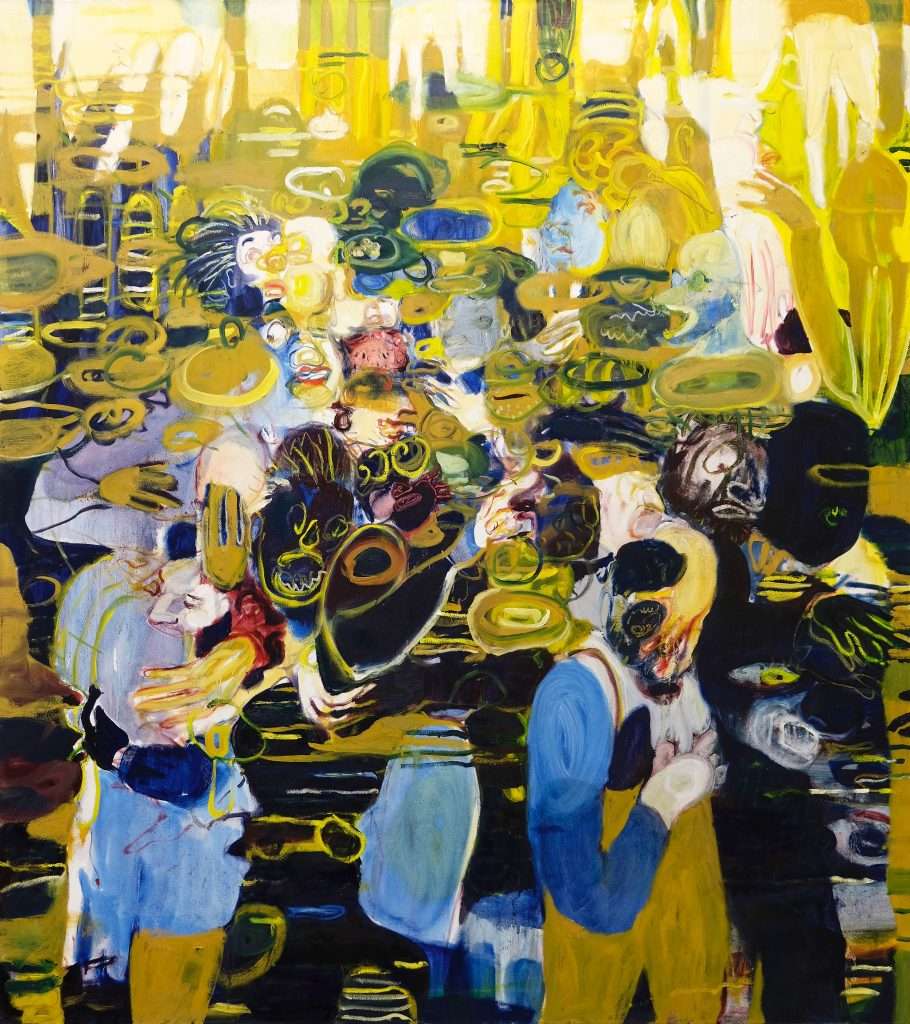 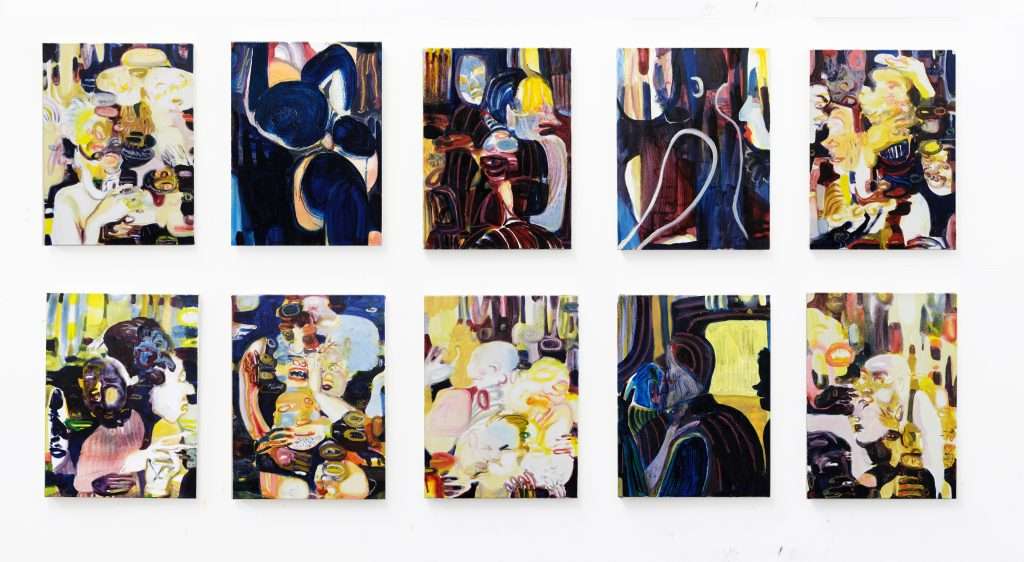 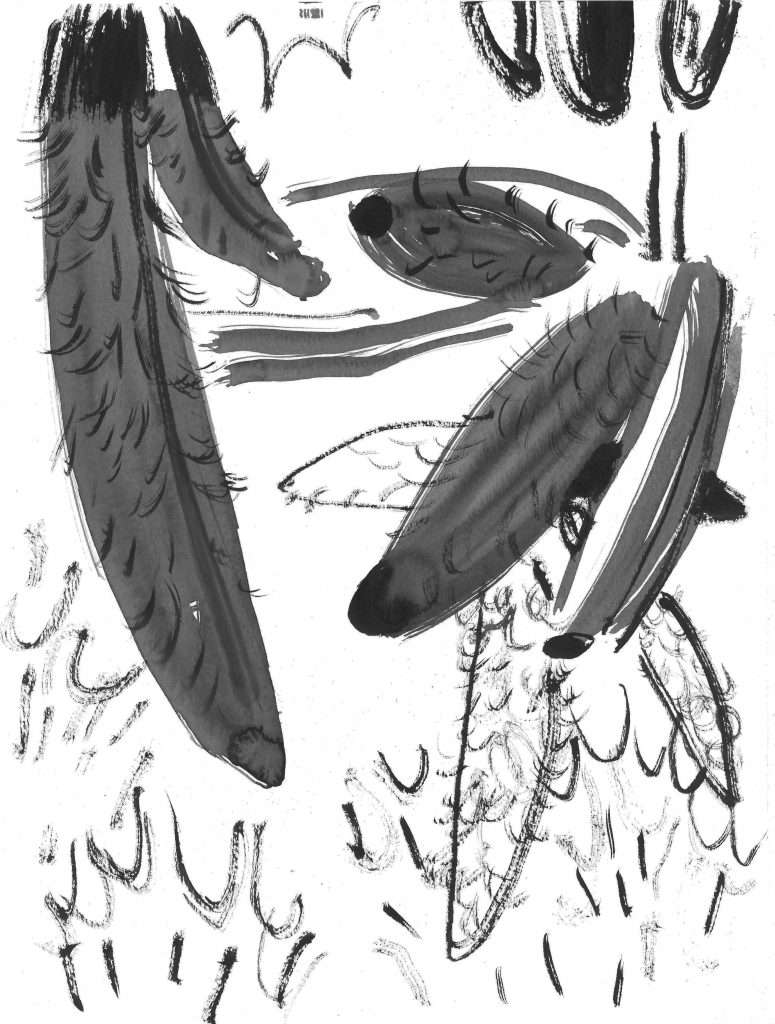 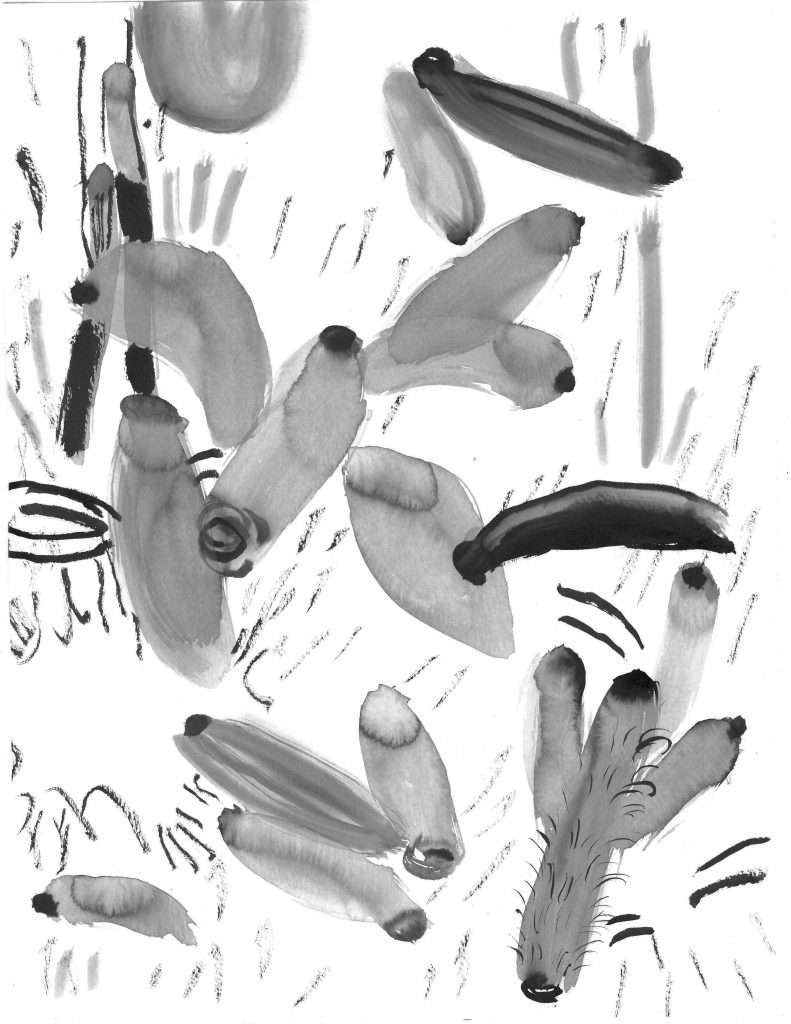 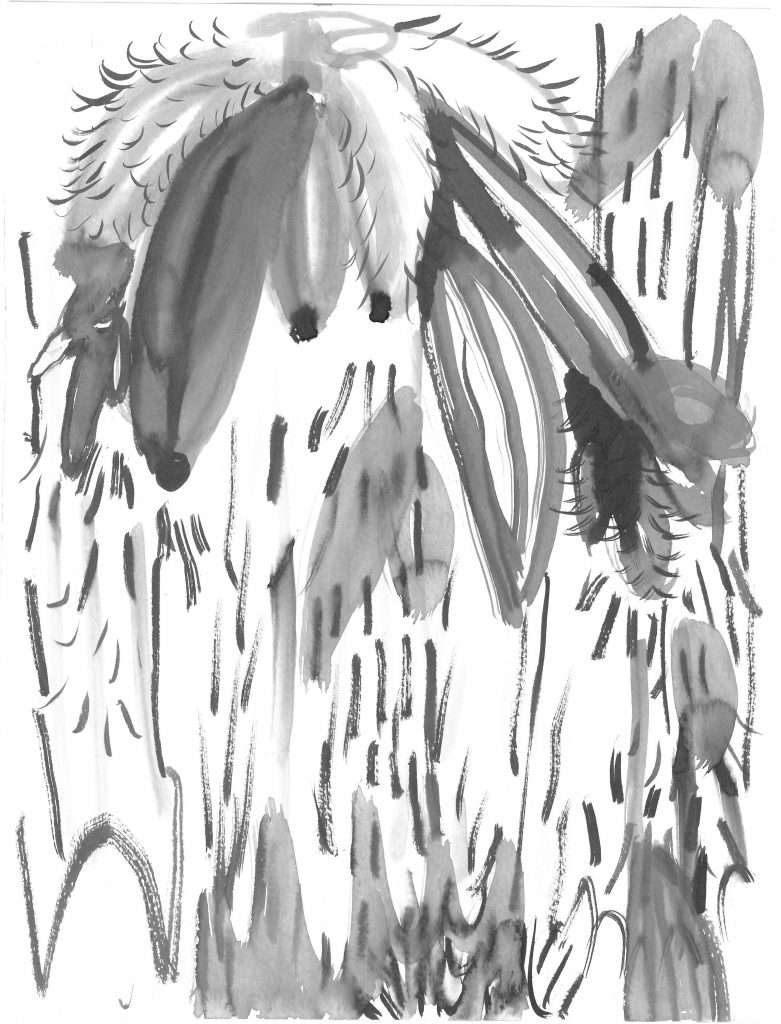 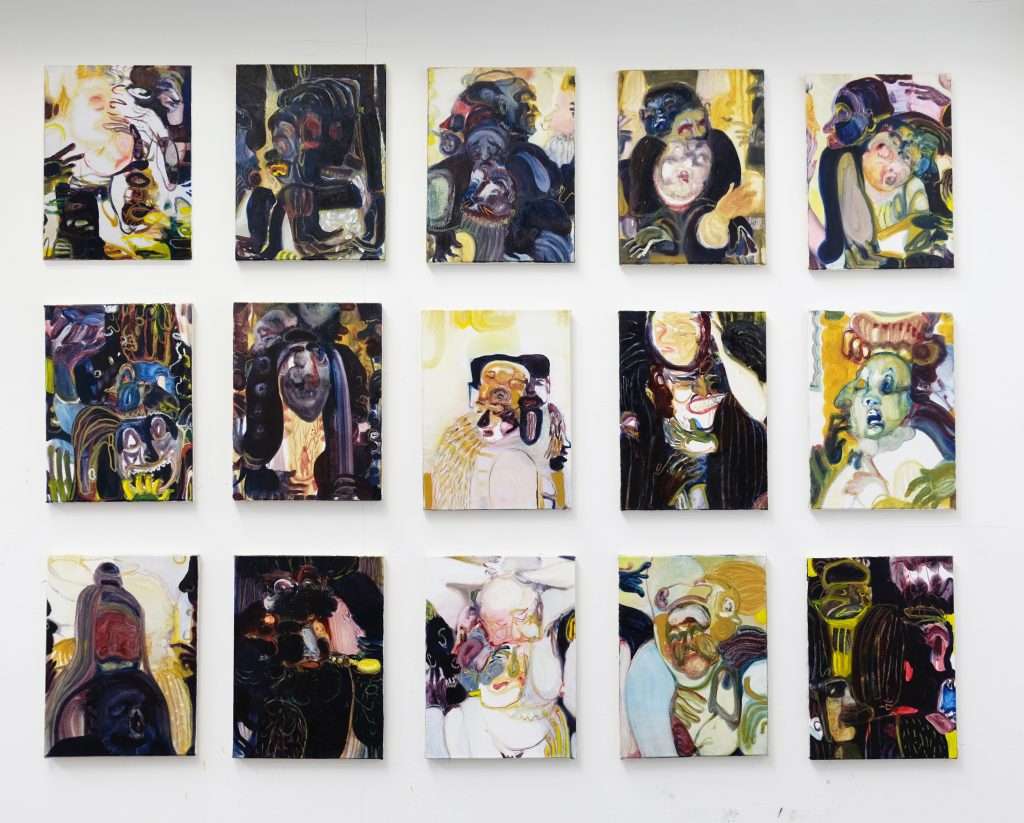 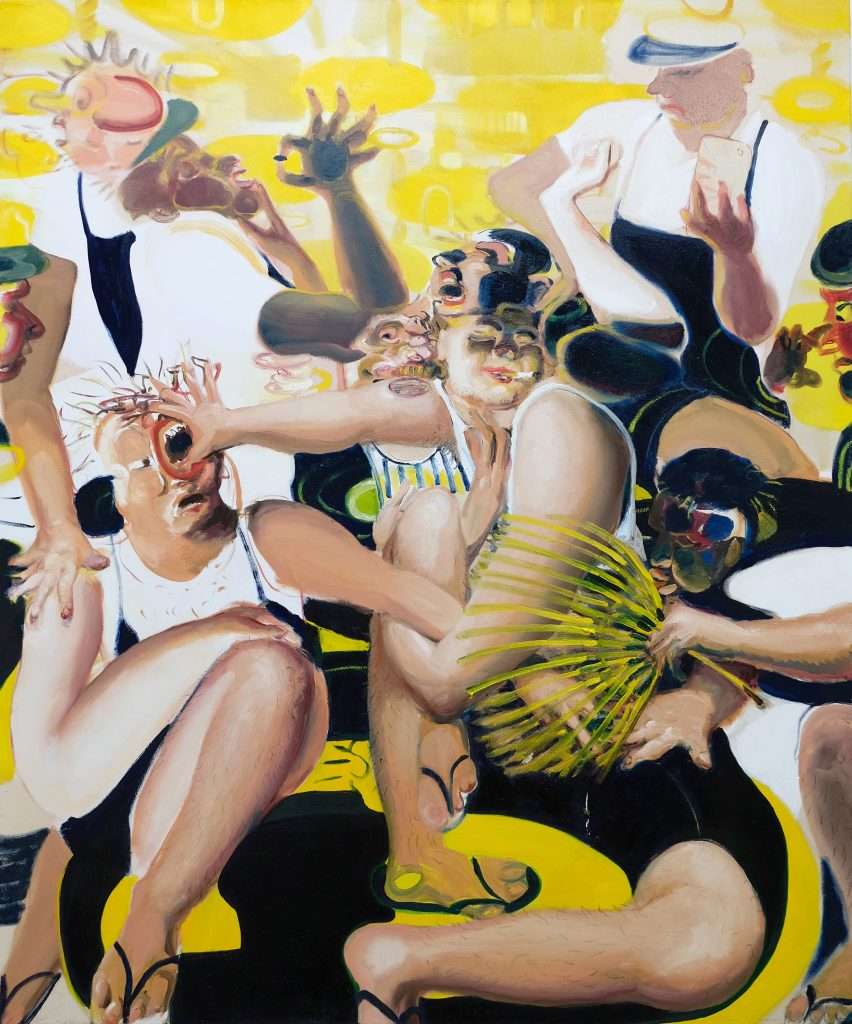 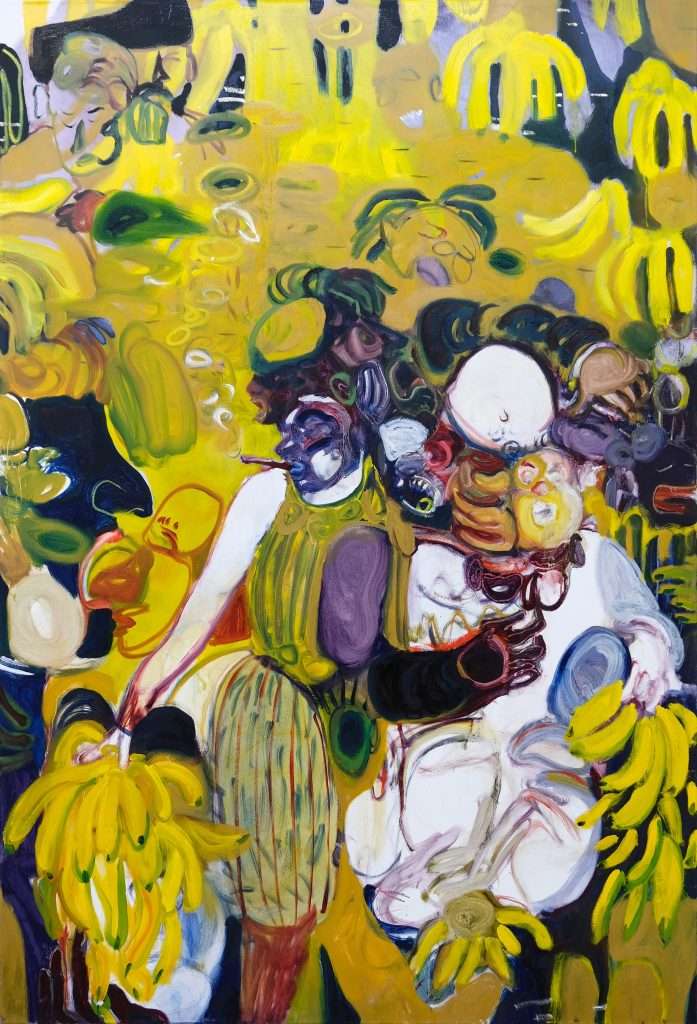 Alvin Ong just completed an MA at the Royal College of Art in London, following a path of study that started in architecture and took him through the Ruskin College of Art at Oxford. He chats about forging his own path, the influence of music on his practice, and upcoming projects in Singapore. More at the links!

I’m currently based in London but I was born and grew up in the suburbs of Singapore, which I found to be rather banal, so drawing became a window into another world. After doing mandatory national service in the army, I went to architecture school, but left to do my BA at the Ruskin in Oxford. At the moment, I’ve just completed my MA at the RCA.

Music is a huge part of my life here in London. I also enjoy watching masterclasses at the music schools here. I find them hugely illuminating. The music-making process to me is so visceral, it helps me connect the dots to articulate difficulties I have in my own work. Back in Singapore, I mostly gorge myself on its amazing food – like durian, which I used as material for a recent work.

My mum would tell me that when I first picked up the pencil, the first thing I drew were circles, which soon mushroomed like algae across our tiny flat, rudely appearing on toilet paper, tabletops, dictionaries, and anything I could lay my paws on.

Much later, as a young adult, through painting commissions, I managed to save up enough to partially self-fund my education here in the UK. And it was only at the Ruskin that I started to break away from this rather transactional relationship. An act of paring back and diving back in. Today, painting has become, for me, a very visceral thing, a portal through which I lose myself – amidst blurry memories of pushing paint around, breathing fumes, wiping, jabbing and tussling. Most days are shit. But you get that one day when the canvas acquires a life of its own, and that’s enough to get you going again.

Sometimes, as a figurative painter, I feel as though I am but a witness, a vessel through which figuration is poured into and offered a space to come into being. In this space, the figures jostle for rank and influence amongst one another, seeking (but not always finding) their place in the world.

Surrounded by atmosphere and energy of a school such as the RCA, and working alongside so many talented painters, my work has changed rather dramatically, particularly during the last 2 years here, no doubt also egged on by tutors like Emma Talbot and Phil Allen.

Most recently, I’ve been making these rather abstract pieces in Chinese ink – interrogations of my obsessions with a particular family of marks and motifs. hairy and spiky stuff.

I’ve found that when I begin my paintings with a particular idea or narrative or a drawing, the resultant paintings often end up looking like illustration. So I enter with a blank canvas, where the propensity to fail is very high, but I find this trill immensely gratifying.

At the moment, I use a rather particular palette – whites, cadmiums, and ochres, set against prussian blues and alazarin crimsons. These color limitations allow space for the development of a visual language. In my application of paint, I try to keep a light touch. I try not to overwork my canvases, so most of my time in studio is spent looking, and looking hard. When I’m stuck, I try to work it out on my doodle app. Most times, a good night’s sleep helps resolve everything.

I am most productive in short, intensive bouts, so work is often produced in very quick succession. Its like harvest season where the fruits are all ripe and juicy.

Back in the Ruskin, I had a tutor who told me to stop painting, just because he was a successful video artist. Those were really hard times, but I’m glad I ignored his advice. On the other hand, coming to the RCA, and discussing and witnessing painting and its myriad of process with fellow painters makes me feel very alive.

Ryan Mosley and Dale Lewis were also game changers to me. Encountering their works in the flesh made me feel really excited to be a figurative painter today. But also, I felt the need to assimilate all these influences into my bloodstream and forge my own path into the jungle.

I’m currently in between studios at the moment, having left the RCA and moving to one in Bow. When I’m back in Singapore, I use the spare room as a studio. Its a very mobile arrangement. Here is a picture of my space when I was on residency at the Royal Drawing School last year, and this one, when I was at the RCA. 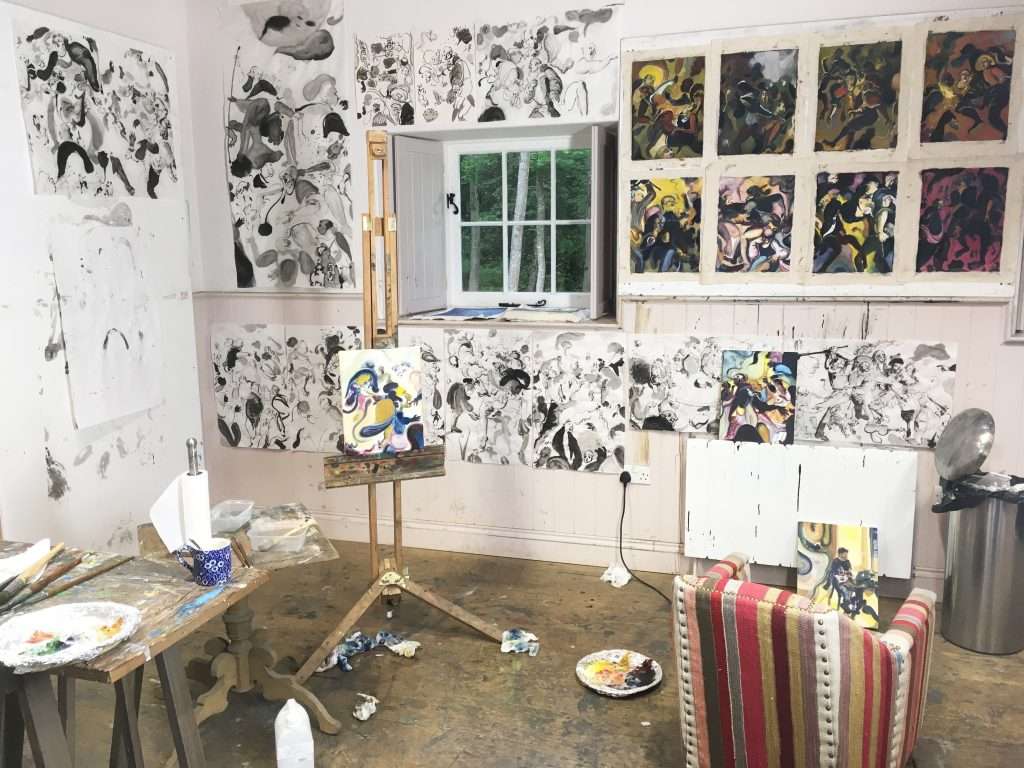 It’s a little like going on a long trek, a deep plunge into the unknown. I pack what I think I will come handy, and I leave the rest to the journey and the road. I don’t want to be a CV artist. I try to stay as honest to myself as I can. When the work is done, I allow myself to spend some time with them before they leave the studio, and forge their own lives. I find myself requiring some level of distance before I can talk about my own work.

I’m now planning and making work for a solo show at Yavuz Gallery in Singapore which opens during Art Week in January next year. Really looking forward to that! 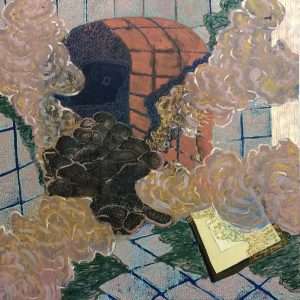