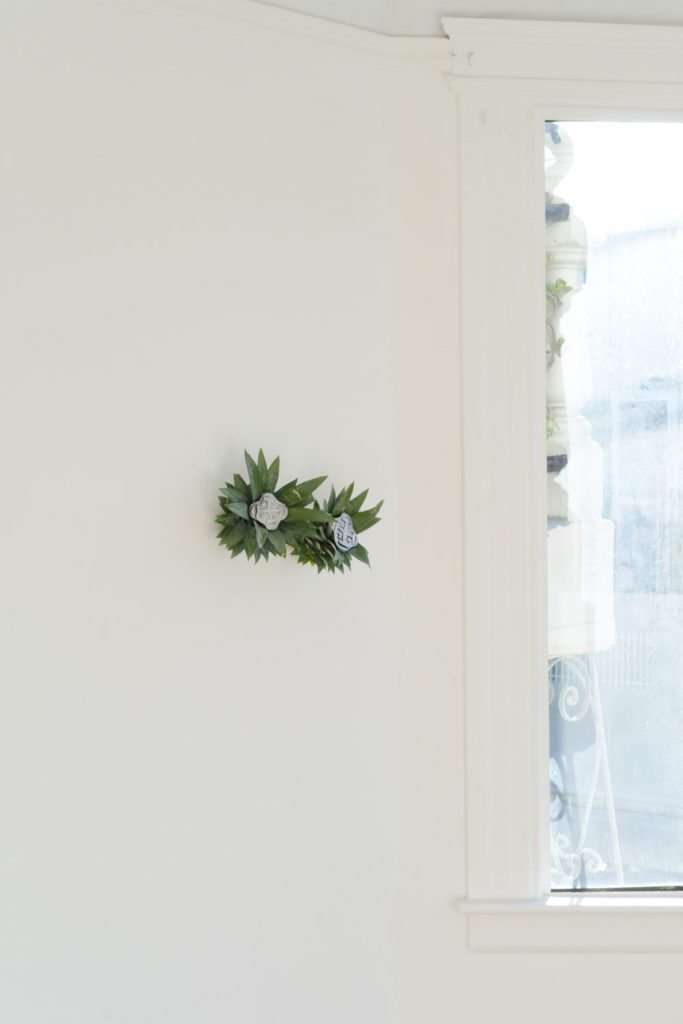 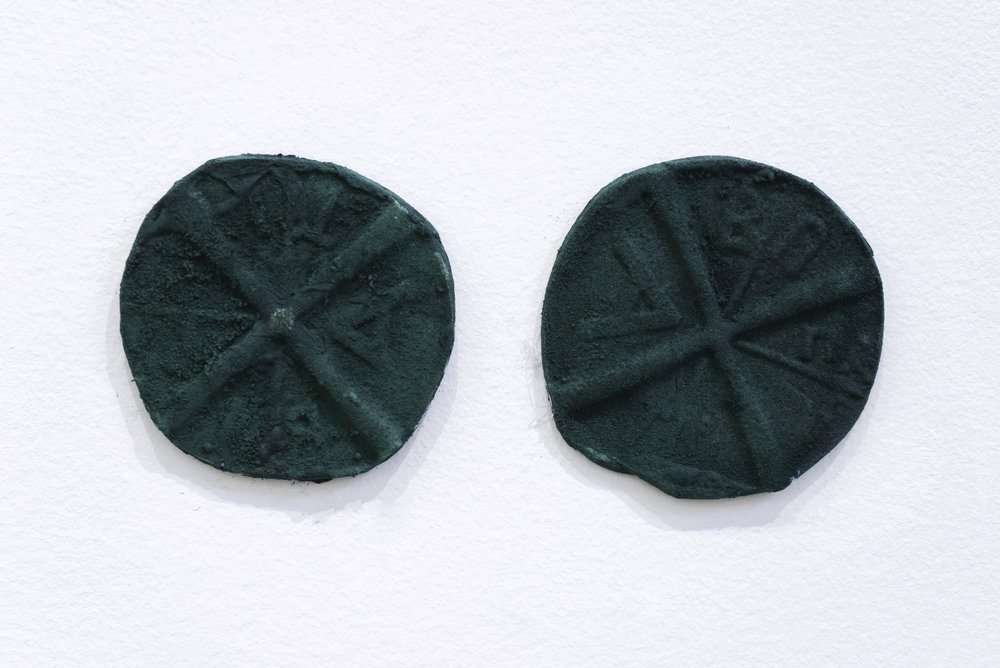 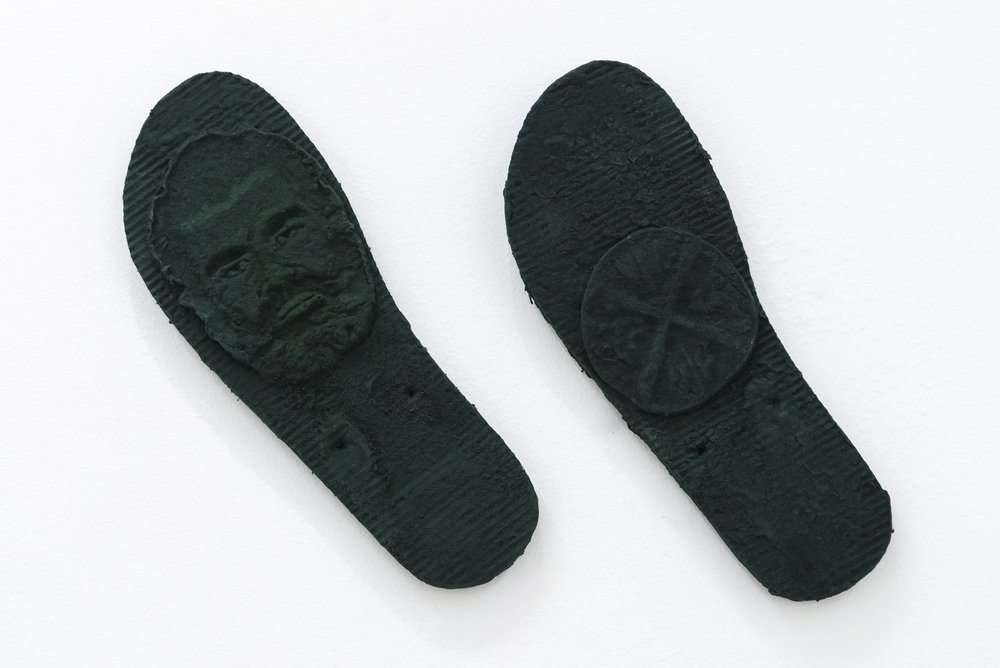 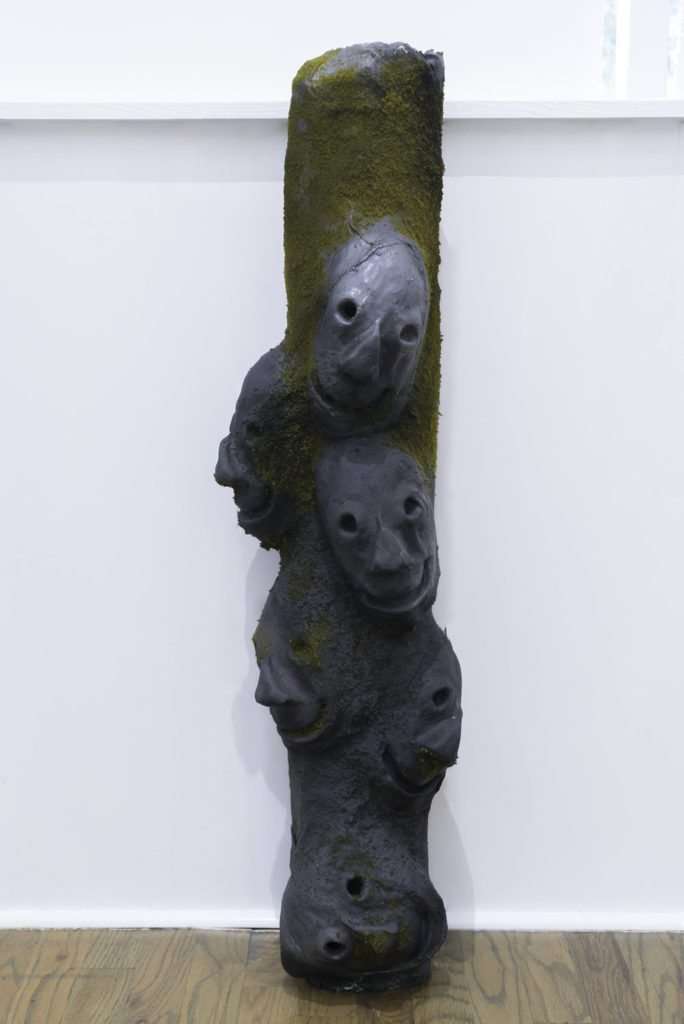 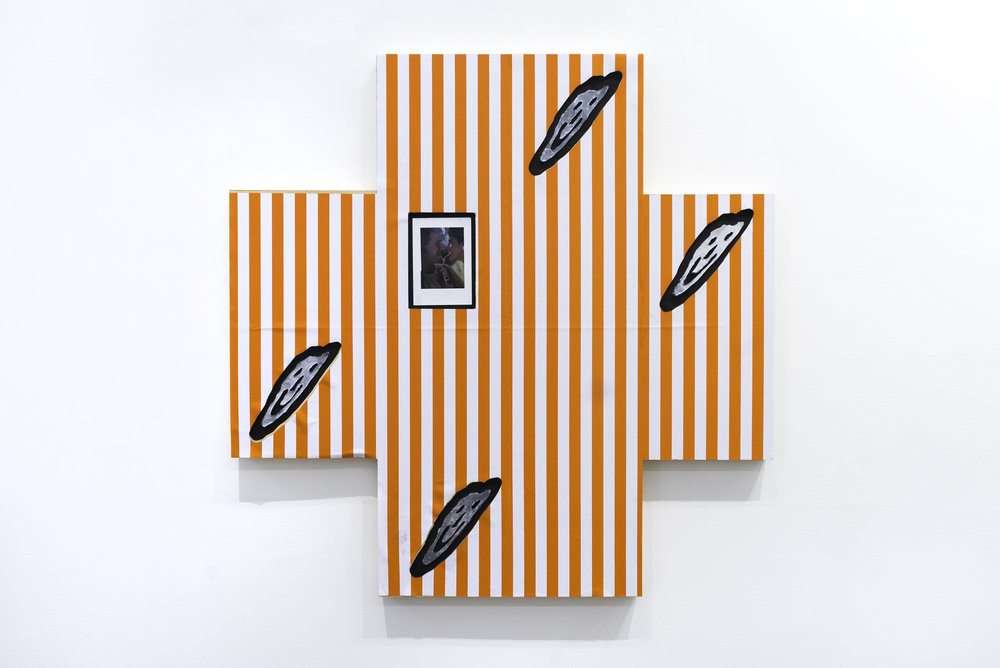 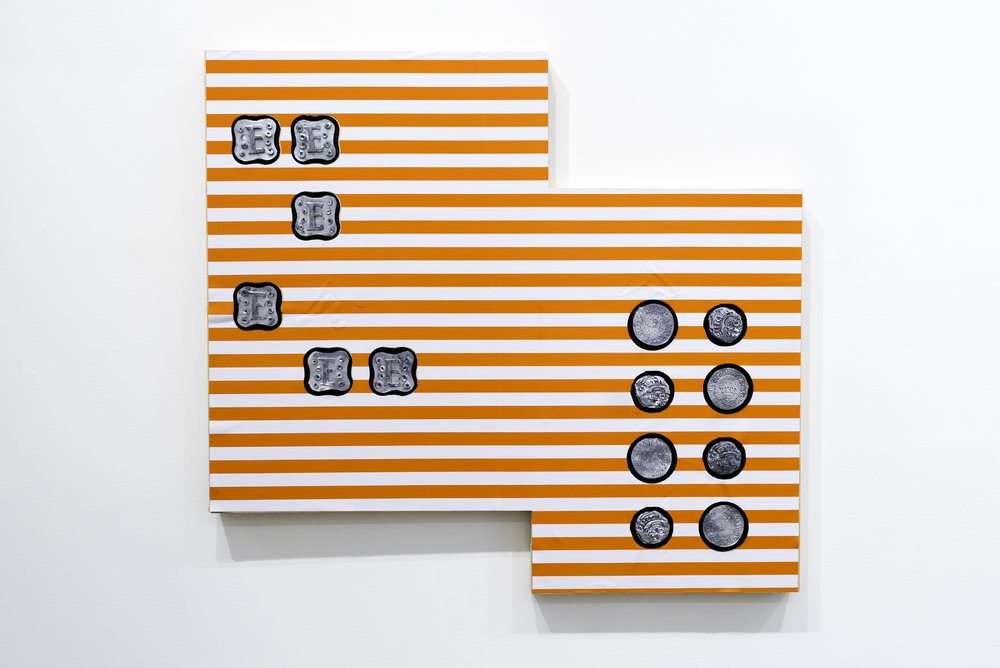 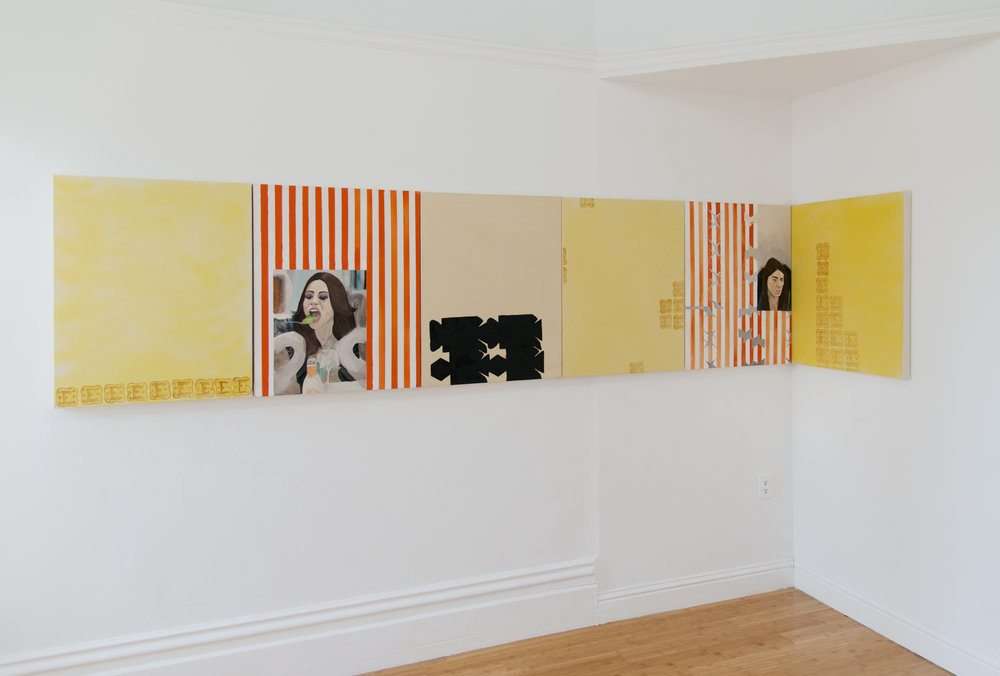 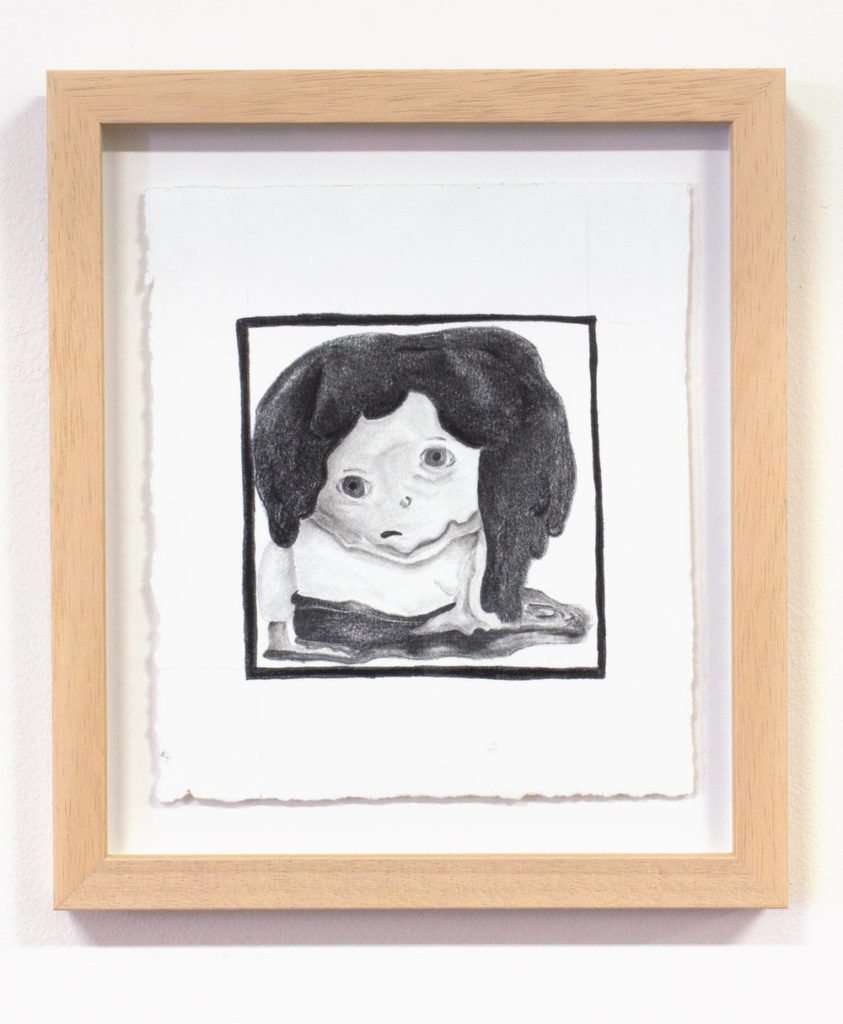 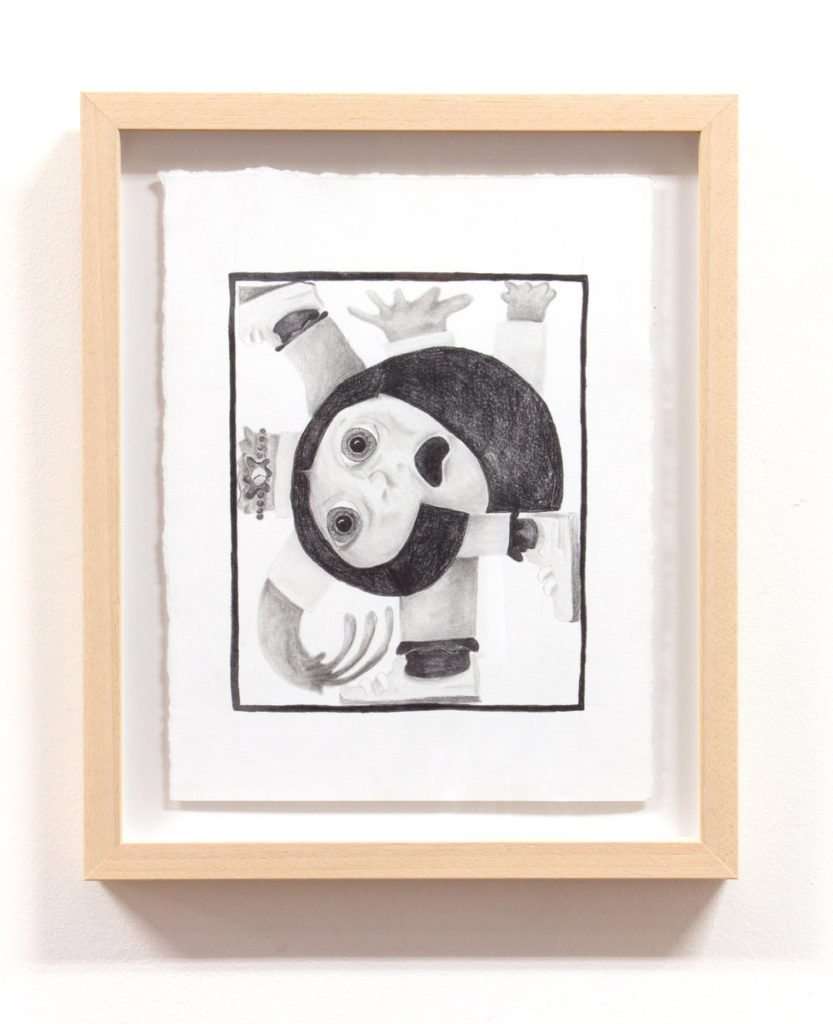 I am from Lagunitas, California, which is about an hour outside of San Francisco on the edge of a national park. I went to school in Portland and ran a project space called HQHQ there for 2 years.

I resisted making art directly for a while – My career ambitions at different times were photojournalism, documentary film, graphic design, and advertising. Near the end of my undergrad was when I started to understand how I would operate as an artist and shed some of the capitalist baggage that was causing me to compartmentalize making art as a foil for being a designer or vice versa.

My practice is situated around themes of Mexican culture, and how the history and memory of colonialism shapes it. I find myself always returning to subjects that are implicitly pregnant with Spanish influence, or colonial influence. I kind of  marry myself to objects for a little while, and trying to work them into a new language for interpreting or processing Mexican identity. When you look at Mexican culture as a whole, you can kind of pick it apart and see what is endemic to the land and what isn’t. There’s an overarching embrace of mestizaje, a term that describes the post-colonial culture in Mexico that results of the blend of European influence and Indigenous culture. It’s apparent how people have internalized the violence and self hatred because a lot of philosophers tell people that mestizaje is a beautiful thing — it seems like everyone forgot that there was a Mexico before Spain. When I look at subjects I try to find that contradiction in them in them.  For me, it is a reflection of my own identity as a mixed person living in the US with immigrant parents, sort of twice removed from that history, but still feeling it in a different way. The pain of colonialism in Mexican culture, and in general acts as the bedrock for intersectional thought about race, ethnicity, nationality, and identity.

I usually have a projects going at a time in different stages. Things usually begin with a back and forth of discovery and seeking. I’ll usually work off of something I see in a store or out in the world and I try to find out the context, or connect it to something else I’ve been thinking about. It’s kind of intuitive research – really disorganized. I let things coalesce organically, and find ideas that I’d previously thought of as separate all intersecting at various points.

I’m not really a sketching person, so I do some structured writing when I’m figuring something out. I wouldn’t say i try to nail down the ideas before the piece is done, but writing helps me get into the headspace and drives my decision making and problem solving in the work.

I lean on my peers for support mostly, a lot of us are at different points in our careers so it’s good to get a lot of perspectives. I don’t know if the mentor structure is helpful for me- the power dynamic can be unhealthy sometimes. It’s better to grow together and support one another.

I share a studio with my partner, which is an extra bedroom in our apartment. Since we both work full-time jobs, this works, since we have access to it every day. We’re looking for a bigger space.

It’s very hard to disengage and do other things. I invest as much time as I possibly can into my work, but it’s frustrating to know that I have it in me to be doing much more. For now i’ll be focusing on getting to that point.

I can usually solve a problem I’m having by stepping away. I feel like I get a lot of cognitive work done while walking, so I will maybe go farther than i have to for a really stupid thing, like going to Home Depot to get tape even though there’s a lot of places to get tape.

I try to go to Mexico to see my family twice a year but I only went once in 2017. That’s a big part of refreshing for me.

What do you love most about your medium? What challenges or surprises you most about it?

I like not being attached to a medium. I don’t really understand how to be stuck in one medium — lets say if i was only a painter. Harnessing the form of something i’m trying to speak on somehow is just very logical to me, so I like that I can do that. I’ve built up this idea that if I focus enough I can materialize what’s in my head even if i have no background in it. For a show at 100% Gallery in San Francisco I wanted to paint portraits of Sofia Vergara, and I hadn’t ever painted a person before.

Time, community, access to other art, and access to material that I don’t even know i need yet. All kind of at the same time.

I just opened  a show of drawings at Jace in L.A. The drawings are versions of Dora the Explorer in distress or discomfort. I’m continuing that investigation in perpetuity, while working on some CNC Routed works for a show at 77 Mulberry here in New York this February. I’m spending a lot of time writing as well, trying to synthesize my ideas from the past year and plan new projects for the summer. 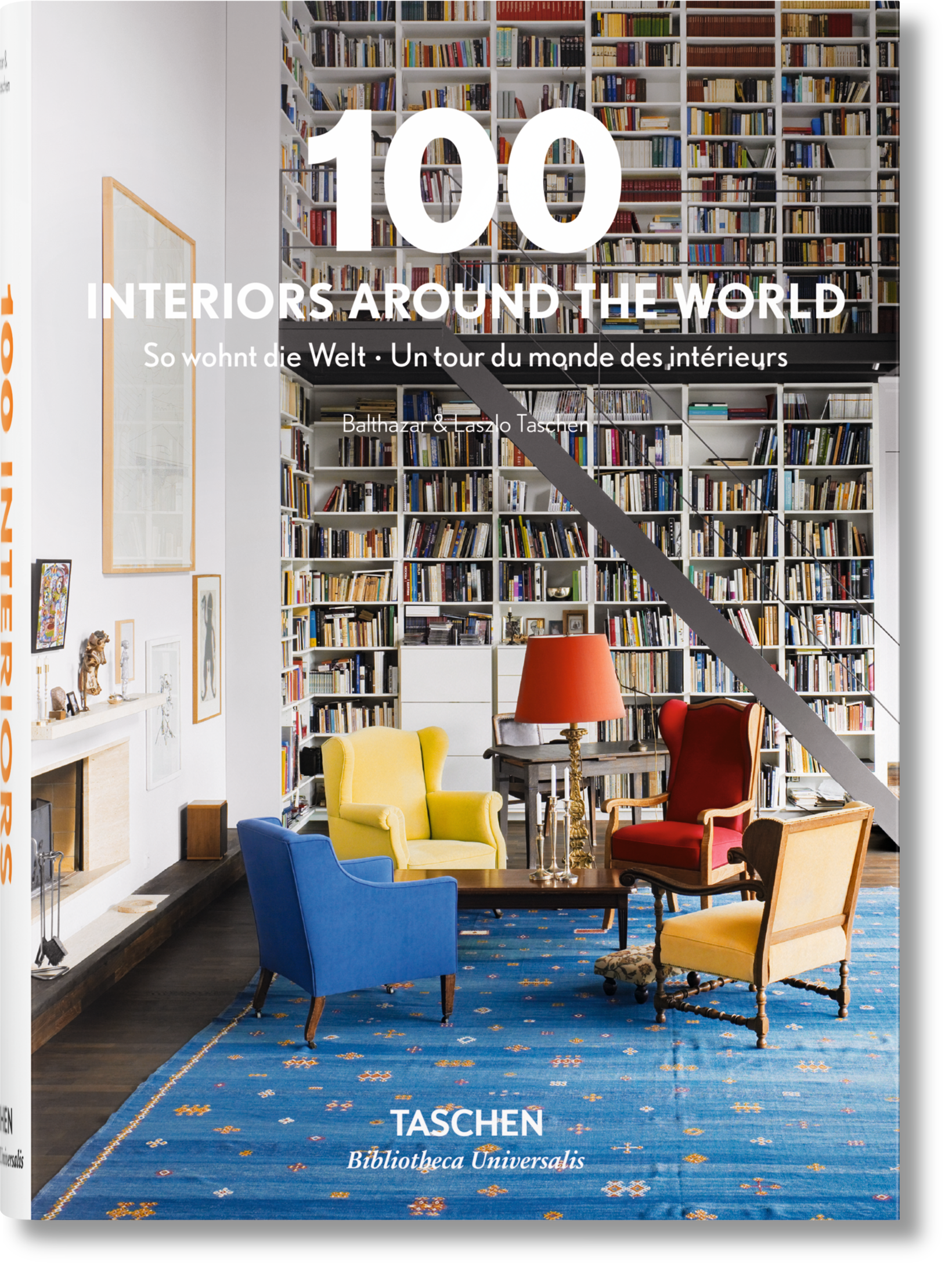 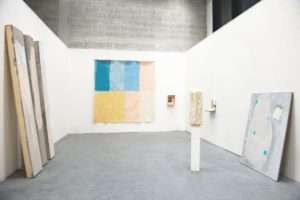 Juliette Dominati
Tell me a little bit about you!  French, born 1990, lives and…