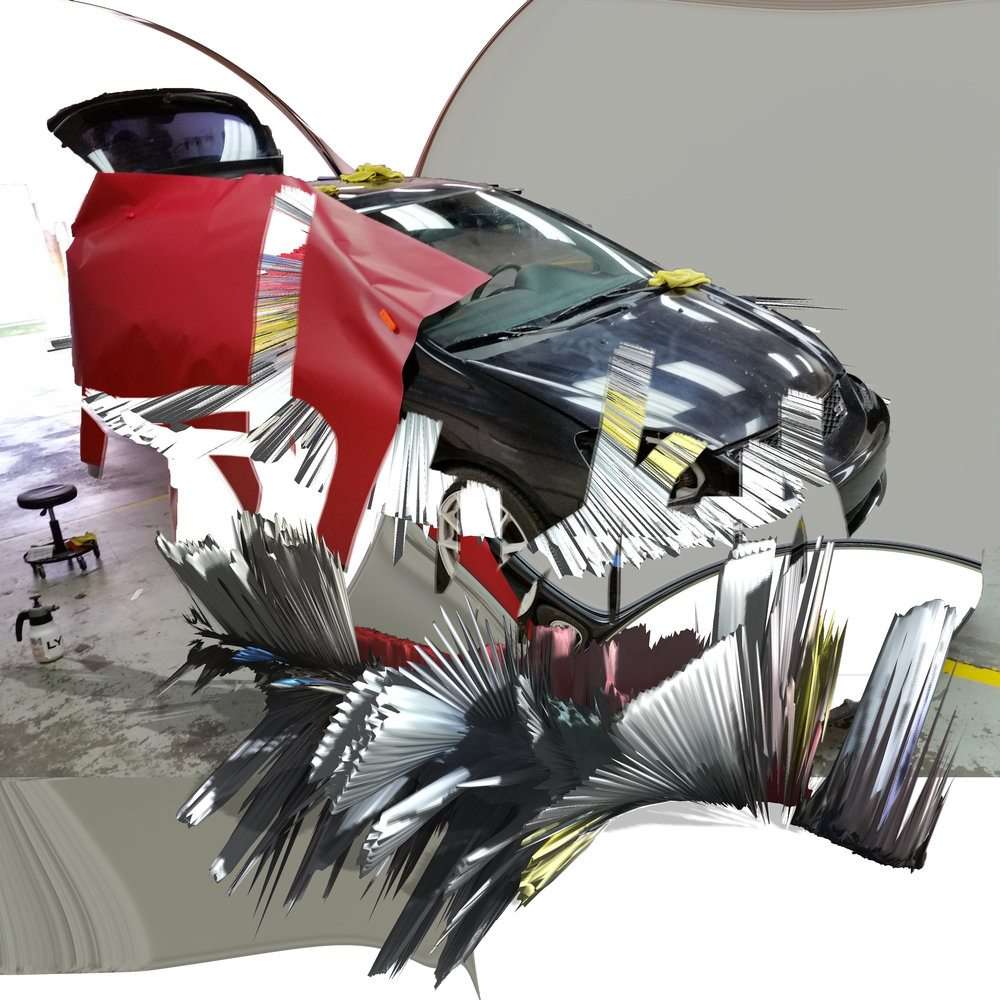 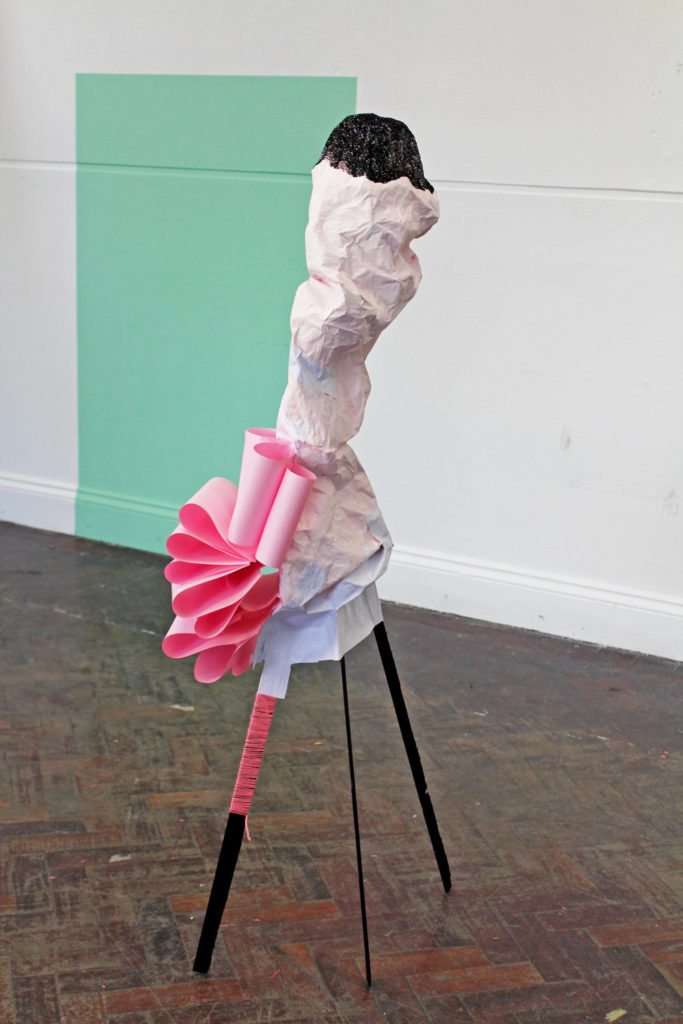 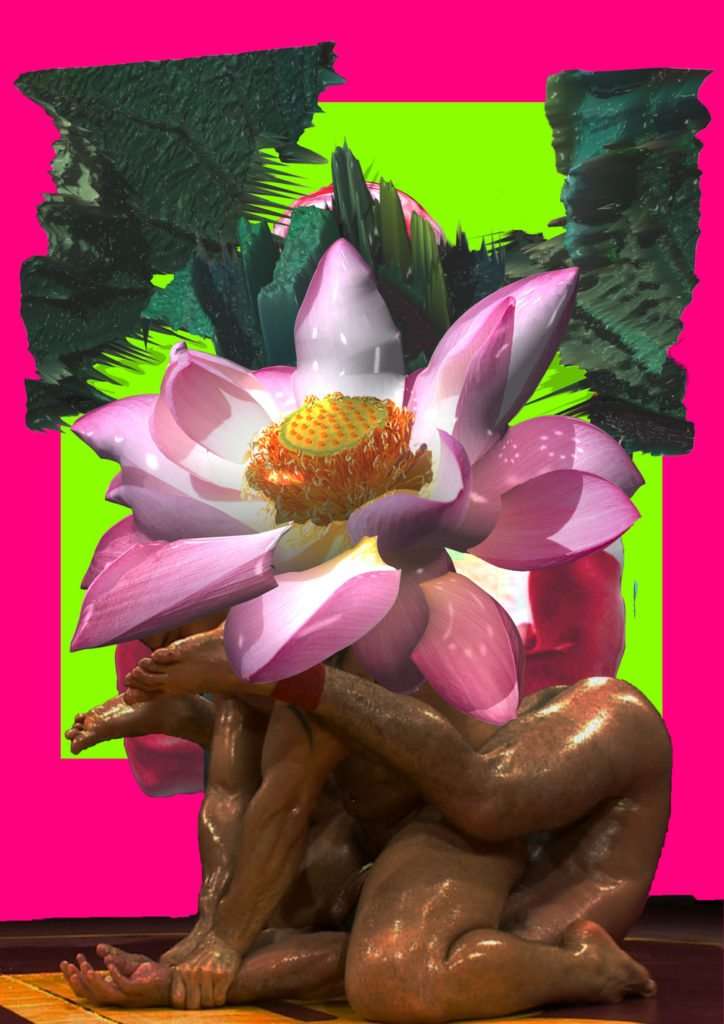 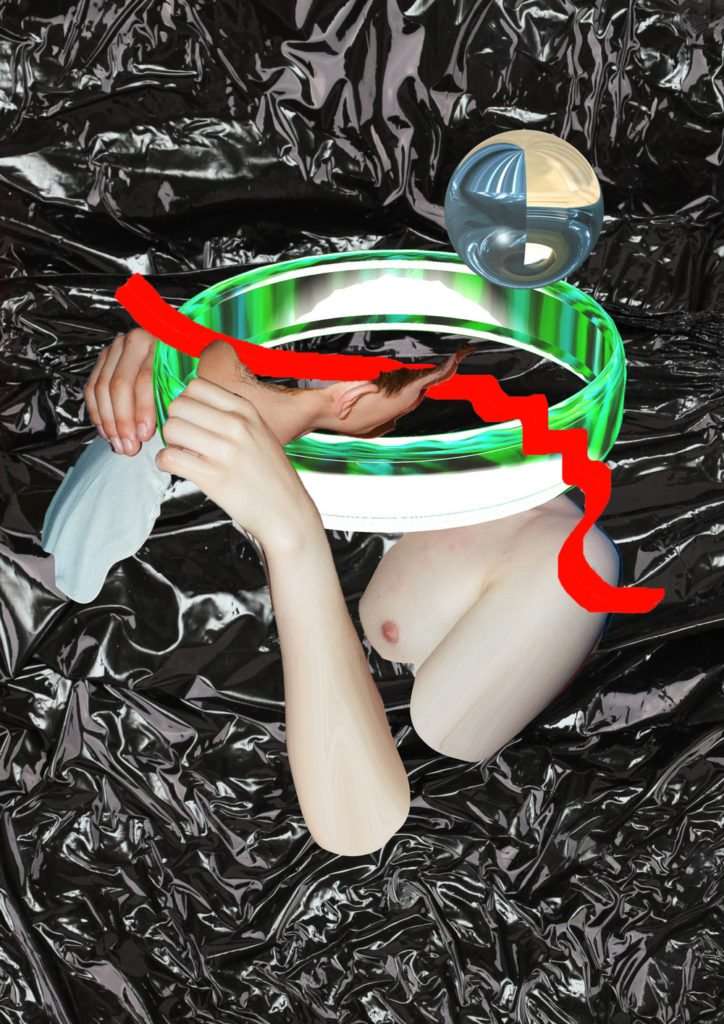 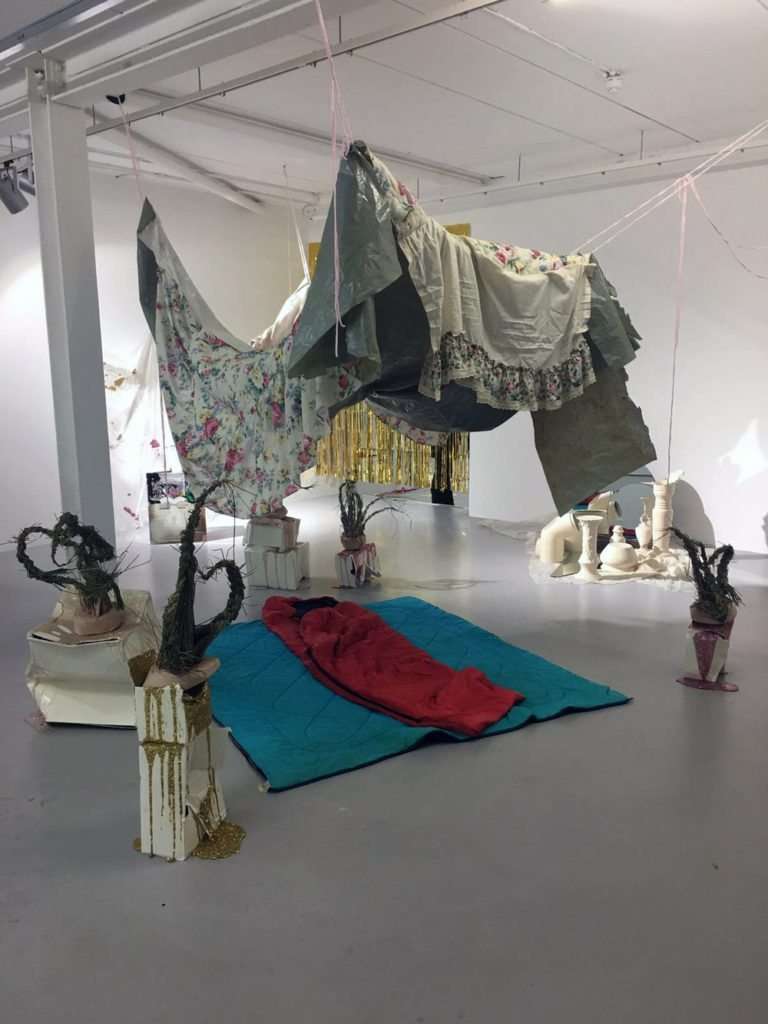 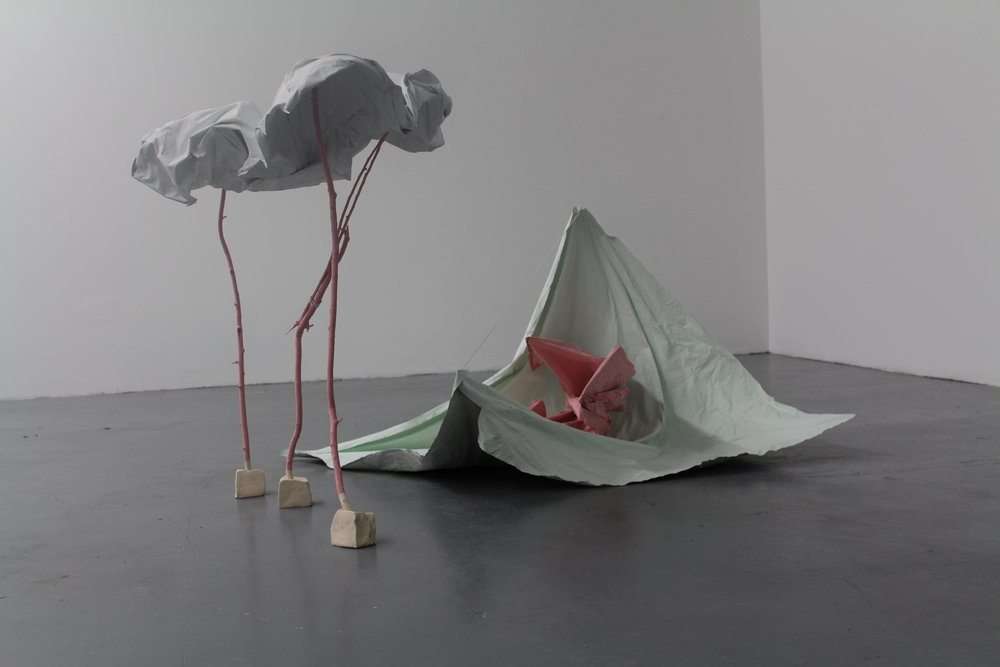 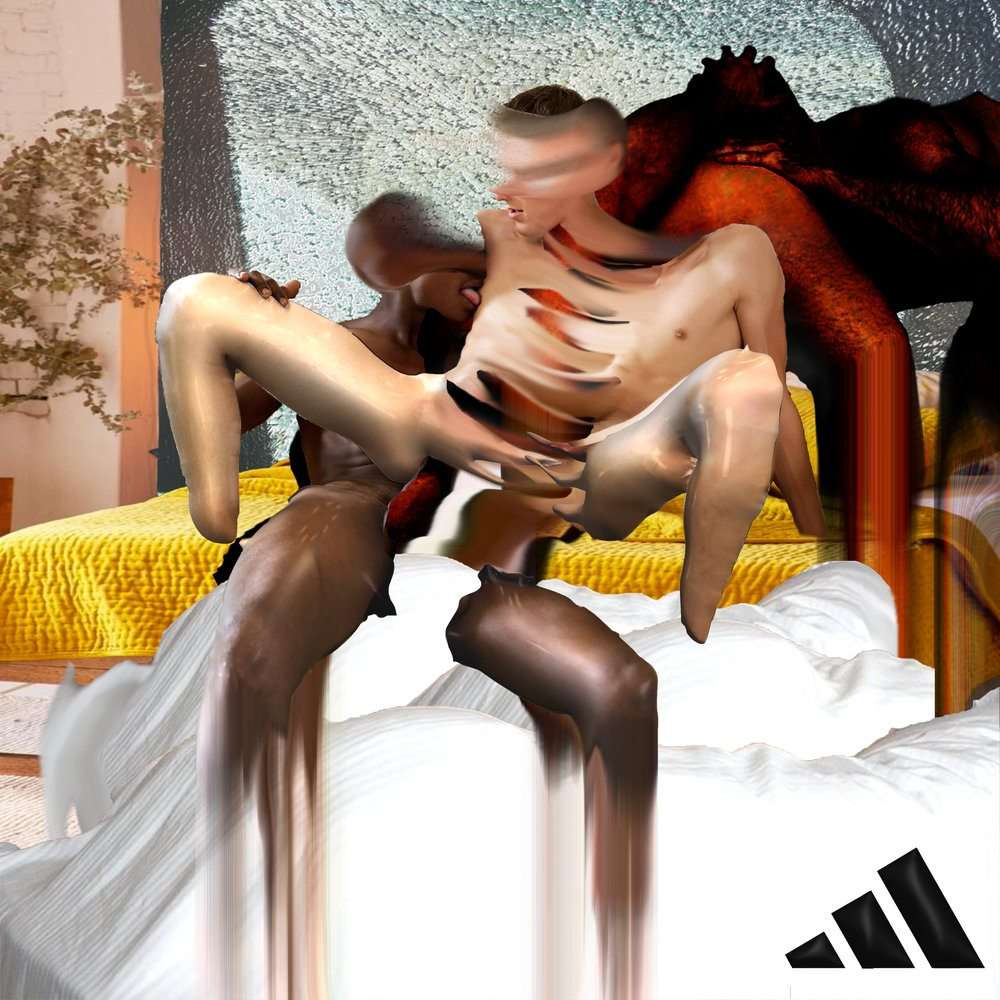 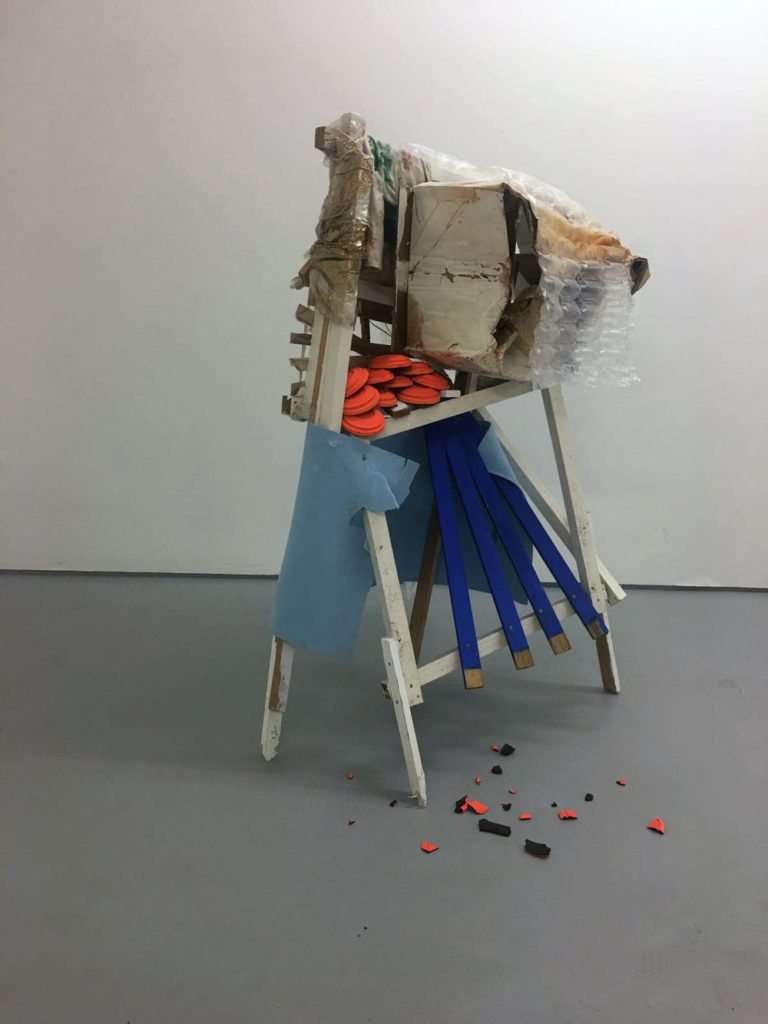 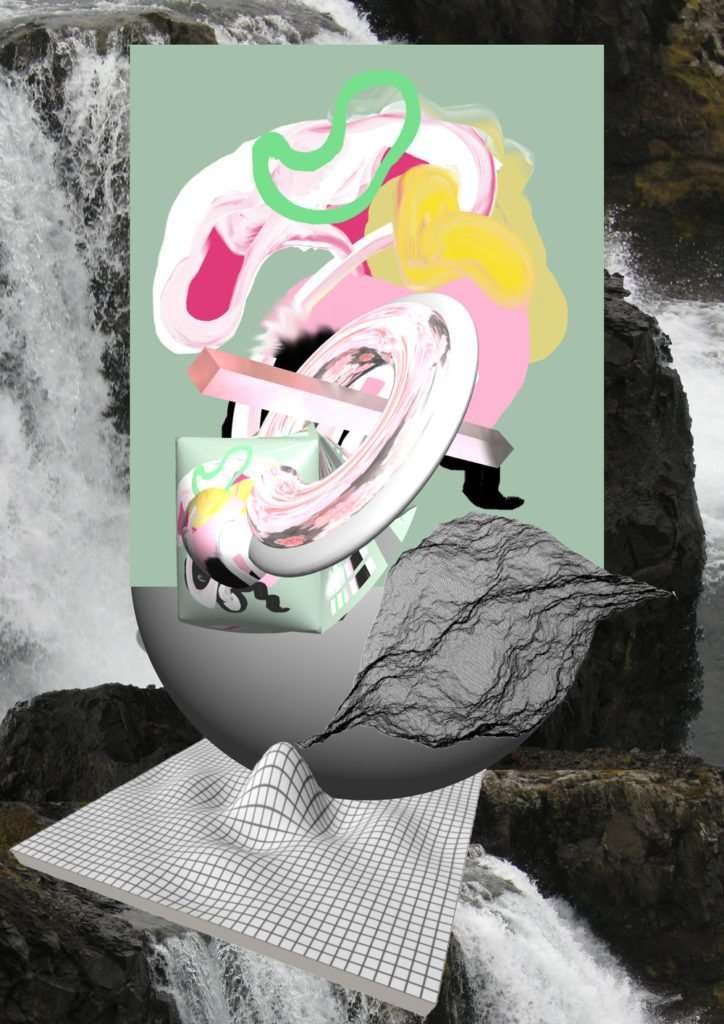 (NSFW) Dublin-based new media artist Kian Benson Bailes' work explores intertwining themes of identity politics and sexuality, within the context of his Irish/English heritage. A mix of installation environments and multi media digital work comprises much of his practice, and you can find more examples at the link following the interview!

Can you introduce yourself?

My name is Kian Benson Bailes, I’m an artist born and currently residing in the west of Ireland. I graduated from the Institute of Art and Design Technology in Dublin, and have a practice exploring multi media and identity politics.

I guess as a child I was always artistically inclined and knew from a very young age that art was an avenue that I wanted to explore because of conversations that adults, friends and family members shared with me about my drawing and painting.

What has your art education been like so far, whether formally or informally? Have you had any mentors or tutors who significantly guided you toward your current practice?

My art education has been consistent in terms of taking art class in school as a teenager, and then doing a portfolio course before going to college to study Visual Art Practice (Fine Art) for four years. I guess I’ve had an informal education in art so much as my interests in music and fashion and doing a lot of theatre as a teenager as well. I’ve never see any of these areas being mutually exclusive and there is definitely a wealth of information and references in the fields outside of formal contemporary art that I like to pull from when making.

I would say that the tutors I had access to in college for critiques and conversations were very important in terms of refining my practice. I had a clear area of interest and direction with my practice very early on in college, that I found through being exposed to conversations surrounding identity politics and getting to explore my own sexuality in a city outside of the small town where I grew up. I came to a point in my second year of college where I asked myself whether what I was doing in terms of making was something that was creatively rewarding and was something that I was actually interested in, for myself regardless of external dialogues. I came to the realisation that what I was interested in was my own identity and its historical and cultural significance and what that meant for me as well as what it meant on a much larger scale.

You describe your practice as an intersection of your heritage (Irish/English), queer culture, and material development. Can you elaborate a bit on this?

I guess there are a lot of interesting intersectional politics at play in terms of my own Irish/English heritage and what that means historically in Ireland, coupled with being a gay man. There’s definitely a sense of displacement that comes with being queer and young that makes you want to understand your history, and what that means in the present day. I was raised catholic and the history between state and the Catholic Church has been problematic in Ireland regarding identity politics, with homosexuality only being decriminalised in 1993,  and women’s reproductive rights being fought for even to this day. When I think about material development there is something inherently queer about specific art movements historically and the transmutable conversations surrounding materials as points of references for things that are “other” or relative to the “majority”. There’s an interesting subversion when it comes to making work within a queer framework that encompasses historical material movements inclusive of very specific visual representations of Irish-ness and what that means in a country where the line between church and state has been fraught but also the revaluation of ‘Irishness’ before and after the occupation of Britain.

Do you work primarily with digital processes? What draws you to this medium?

I work with a variety of processes, sculptural installation being one that I have worked with extensively within my own practice, but have begun exploring other processes recently including digital, video and sound processes. Material practice and exploration have always been key to my investigating of queer culture and history and the types of materials and aesthetics considered “high brow” and those that are considered “other”. I suppose a big draw to these processes are their lack of preciousness and readiness. Accessibility and materials that are found or discarded quite readily have an energy that I find very appealing in terms of their “queerness” and allow me to build spaces, objects and images that have the same transient nature and lack of preciousness when it comes to evolving contexts surrounding queer narratives.

Can you describe your process?

I do a lot of formal and informal research when it comes to making and then there is usually a point of departure from the academic and theory and is literally me responding to materials in a very organic way. It usually then becomes a balancing act during the process of making decisions in terms of the theory, whatever I’m interested in that time informally, and the material and object itself to reach a satisfying conclusion where the work operates either on its own or has to be considered within the context of a larger work or body of work. It’s very much a process of construction, deconstruction and reconstruction, which can even happen again after the work is “finished” and it gets into a space and almost has to be built in a way that responds to the space specifically.

My current studio is an attic in the countryside with hundreds of bats that live in the ceiling and sometimes sleep in the sink when they get lost and cold.

If you could meet anyone at all, and talk about anything with them over lunch or a drink, who would it be, and what would you want to chat about?

I would probably meet Celine Dion (my childhood hero) and ask her if she thinks Ariana Grande’s impression of her is really all that.

The uncertainty is definitely killer. I have an existential crisis once a week about the stability and validity of my future and whether I’ve made terrible choices.

I’m making some work for a couple of shows that I have coming up later on this year and potentially this summer and then a couple of informal projects that I’m hoping to realise this summer with another artist and my soul mate Roberta Murray. 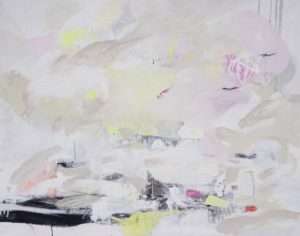 Alba Escayo
I'd love to know a bit about you! Where are you from…