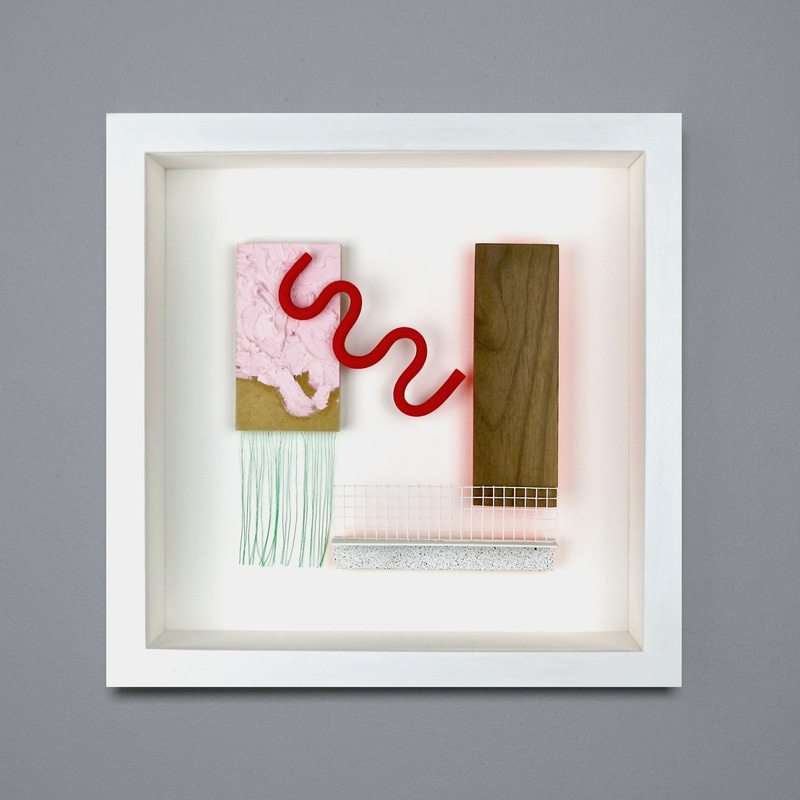 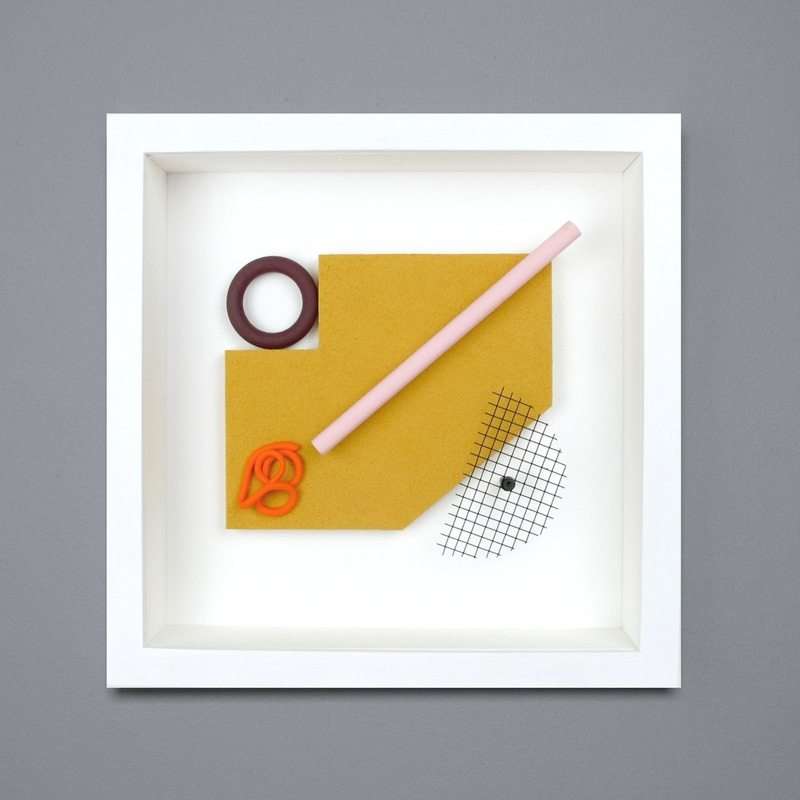 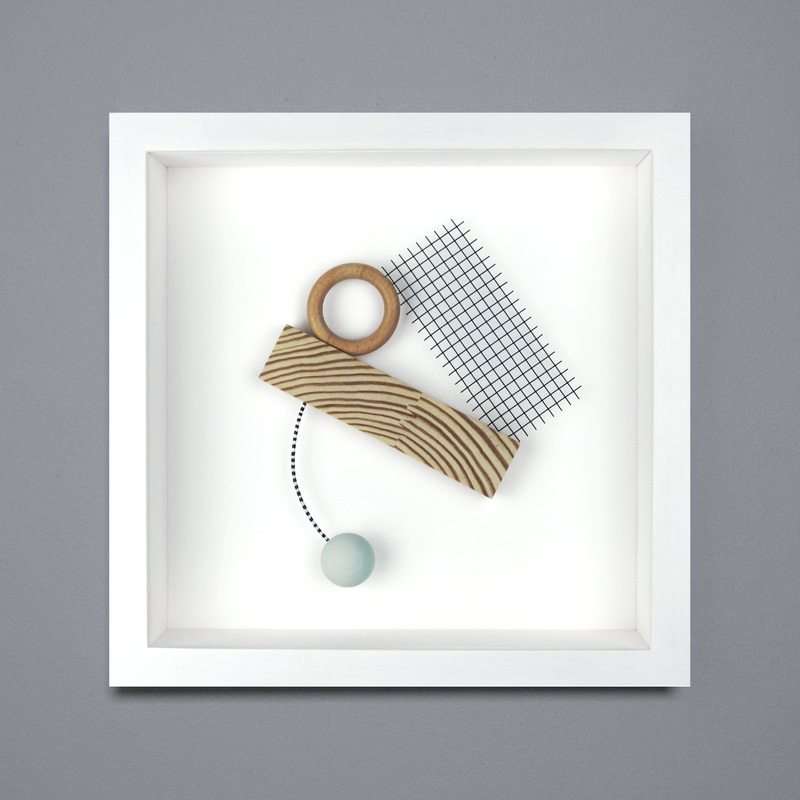 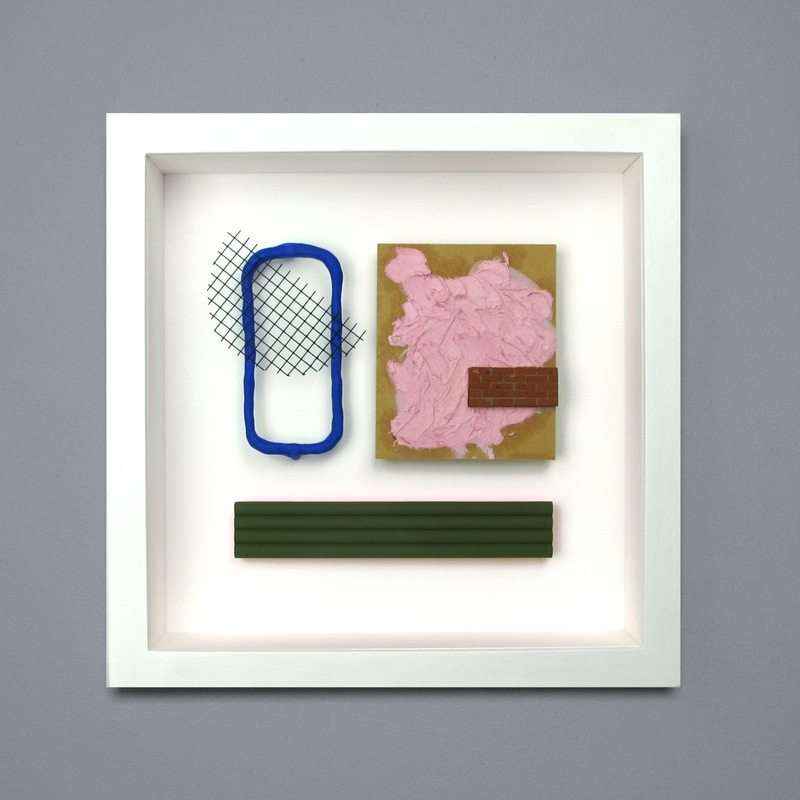 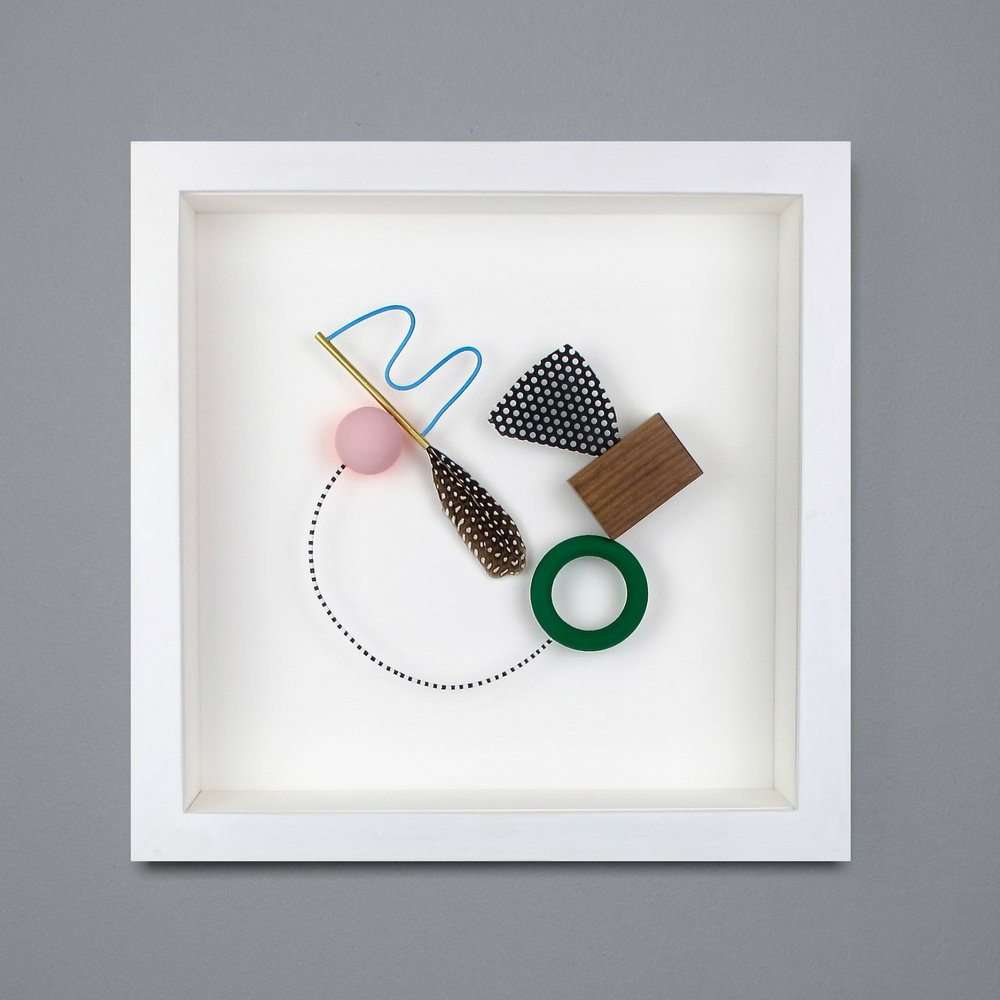 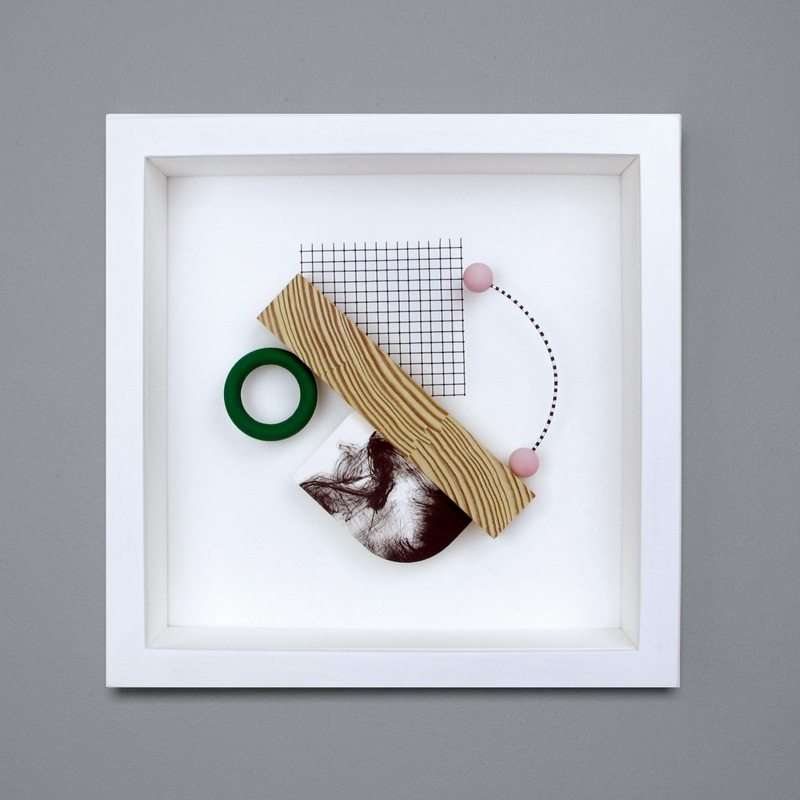 I just love Ferris McGuinty's minimal, playful assemblages! Check out this lovely interview, and make sure to find more at the links below!

I’d love to know a bit about you! You’re currently based in Cornwall, U.K; are you from there originally?

I moved to Cornwall in 1998 to study Fine Art at Falmouth College of Arts, so I’ve been down here nearly 20 years! It’s a great place to live, far from the “hum drum” of most places. There’s definitely a feeling of space, and room to breath, which makes it quite a nurturing place to make work. The art school has also kept a community of interesting and creative people here too!

Ferris McGuinty is a pseudonym; how did you come up with it?

It really happened quite by accident! It was whilst I was living in Sydney, Australia in 2009. My practice up to that point was in many ways wildly different, but none the less, it proved to be a particularly creative period for me. It was during the down times from making this work, that I would encourage and challenge myself to make things that I wouldn’t ordinarily consider.  It gave me an opportunity to play, and what emerged really excited me.

It seemed quite a natural thing at the time to attach a pseudonym to this growing body of work.  It was more a marker for me to distinguish clearly the two types of working.

In a lot of ways, having this pseudonym has been really helpful.  It gives me a sense of detachment from the making process meaning I can be much less precious and more playful with the work.  I’ve become a lot less intimidated with the direction the work might go in!

I chose the name “Ferris” because the early work definitely had a “day off” feel to it!

I can’t pinpoint where the journey started, but I feel like I’m still discovering and realising!

You’ve been working with the process of assemblage — can you tell me more about that?

When I first began working with assemblage, the materials I used were generally things that I had to hand.

I suppose, without really knowing it at the time, it gave my practice an element of restriction. Working from there, with limited materials and tools, it really refined my understanding of composition.

It’s a process of making that I have found really interesting.  It feels a lot like a form of drawing for me, but obviously with much more of a physical outcome.

I typically work on the flat. The making process of arranging and re-arranging elements can be quite dynamic.  What I really enjoy is, unlike mark making on a surface, which is something you have to really commit to, assemblage allows me time to consider a composition with fine tweaks, until the elements eventually find that still place.

Where do you find the materials for your compositions?

I find I generally respond best to the materials that are closest to hand!  This has meant that I’ve become quite a hoarder of stuff!

Sometimes I don’t know why I’m drawn to certain things, but I will collect them, and they might sit around in the studio for years  before I find a use for them.

In earlier works, a lot of the elements came from houses I’ve built, flea markets, hardware stores, the beach, and now, even my kids who have developed an eye will find bits of discarded rubbish on the streets and bring them home for me!

Recently, I’ve been moving away from using found materials and have increasingly been making my own elements.

Through the years of working with found objects, a language has appeared that I am able to reference and extend with the new made elements.

I work in “fits and spurts”!  Typically I’ll have five or six works on the go at once in the studio, which enables me to move from one to another if I feel like something isn’t working. Like I mentioned before, the initial stages in the work can be quite dynamic, so some works are resolved quite quickly.  Others can and do take longer, but I will always come back to the “sticky” ones that I’ve shelved with fresh thoughts informed through the process of making other works

There are rarely any specific reference points. From the beginning, the work has always been a balancing act between the notions of form, colour, line and texture.

I have always drawn on inspiration from a wide lexicon of visual culture, from architecture, painting, sculpture and design, which have all had a trickle effect into the work.  The work hopefully resonates through a language that is common across this spectrum.

I also think that paring back to the basic principles serves to condense these varying influences, and what the work reflects through these connections isn’t a conscious reference, it’s more a symbiosis.

Recently, I’ve been really drawn to Haiku poetry, or more particularly the strict form it takes.  I think my work engages similarly, where disparate elements are cut and juxtaposed, as if compressing a wider experience, emphasising simplicity, intensity and a directness of expression.

Compact……but with lots of natural light.

What is the best piece of advice you’ve ever received? Any that you decided to pass over, or took, but realized it wasn’t for you?

“Measure twice, cut once” I think applies well to most aspects of life as well as the obvious!

I think that actually having time to reflect is probably the most important!  This is where the most valuable work is achieved.

I can’t say there is anything daunting about my practice. I guess I’m really lucky to have found myself in a position where I enjoy making, and challenging myself in that respect.

I suppose it is daunting when I consider the career aspect to it. The admin side which can become quite consuming is something that I struggle with sometimes. Like anything though, the more you do, hopefully the better you get!

I’ve recently finished up some new works for a show in Berlin at the Johanssen Gallery, which runs from 29th June – 10th September. It’s a mix of some older works, and some recent work from this year, which is very exciting!

Over the past few years the work has stayed quite small in scale, as if lending themselves to being more like studies. I’m currently pushing the scale of the work and exploring a larger format.  It’s still quite loose, so we’ll have to see where it goes!

Thank you Kate…….. its been great to chat. 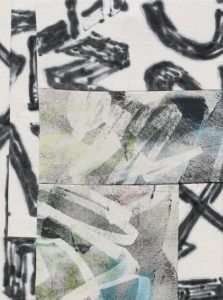 Ralph Hunter-Menzies
I'd love to know a bit about you! Can you introduce yourself?…