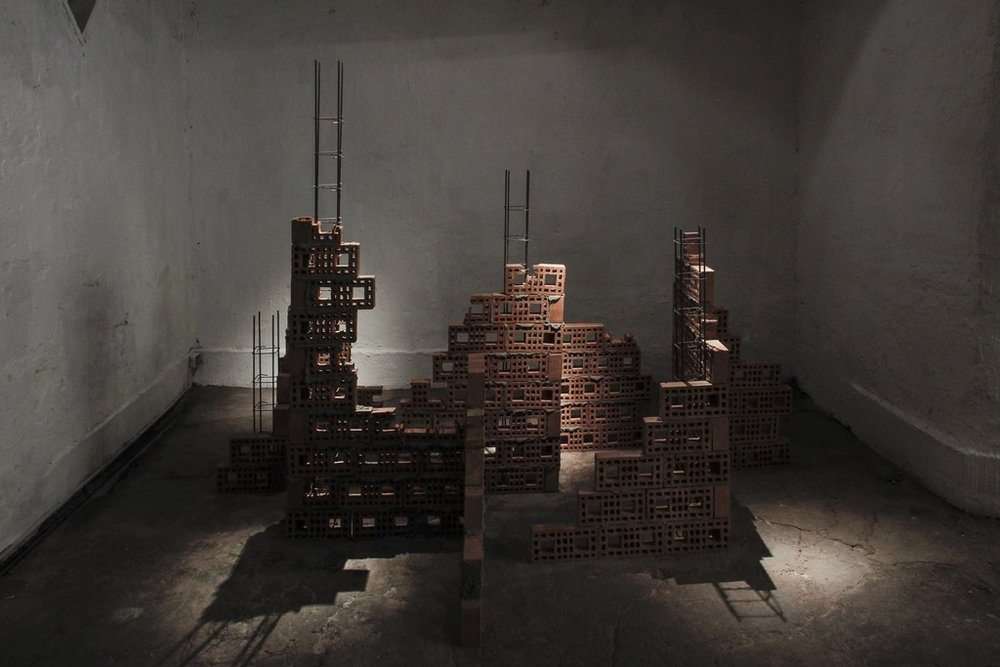 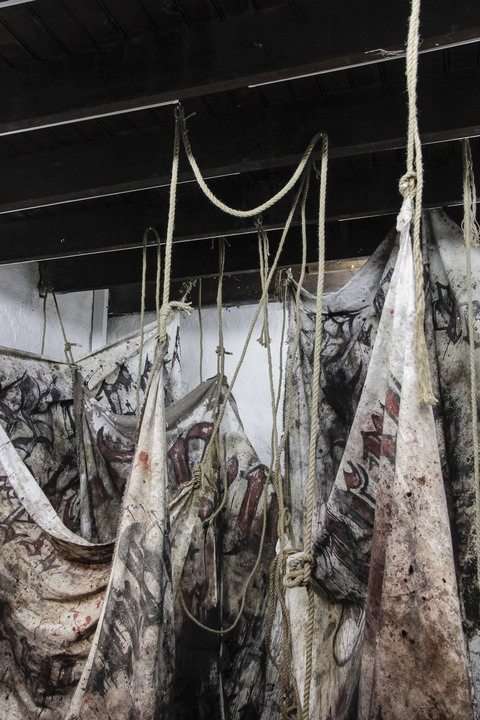 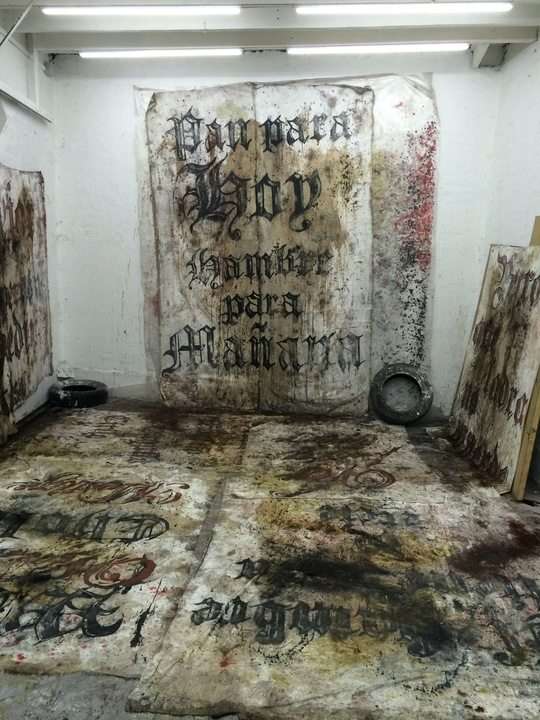 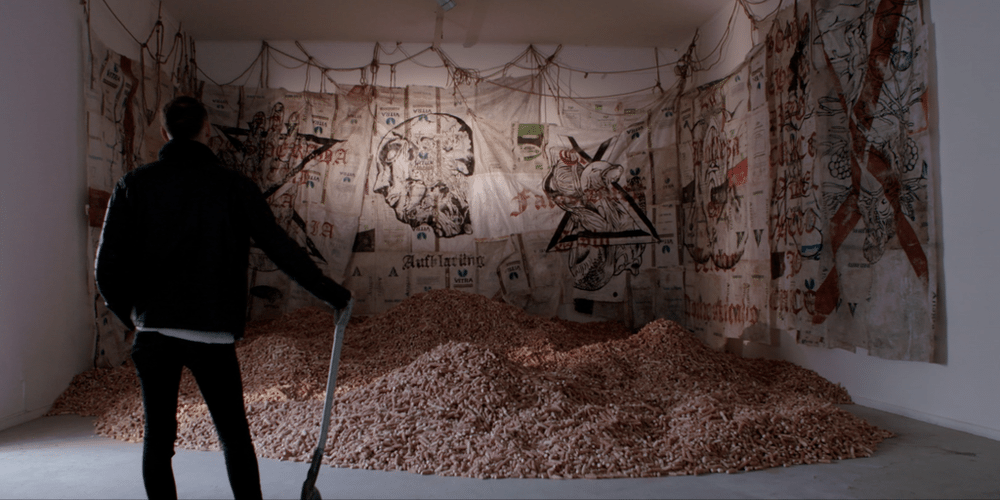 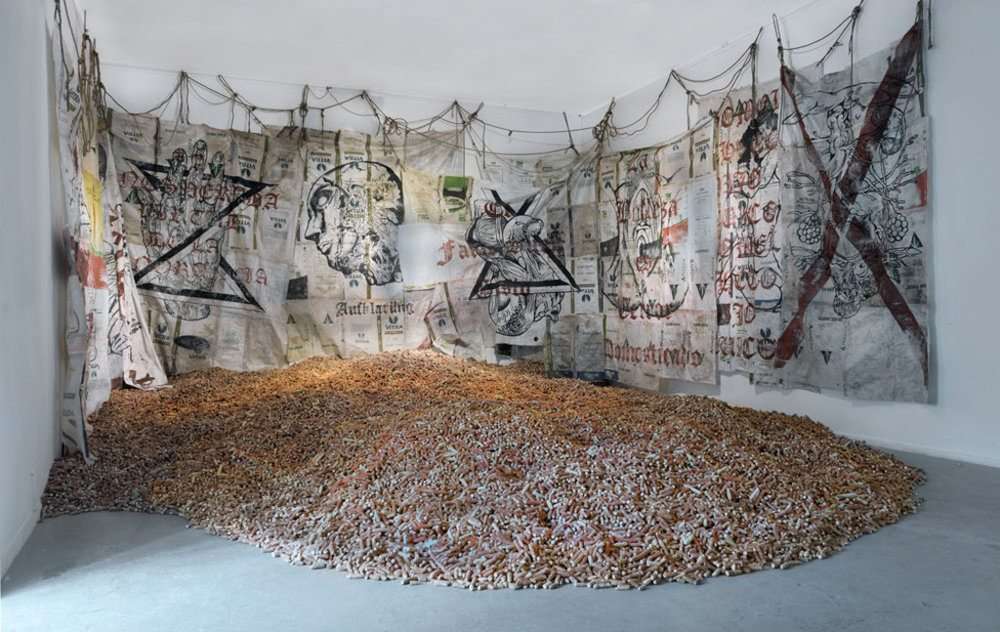 Really stunning recent work by Barcelona-based Chilean artist José Caerols, whose large scale installations and multimedia works investigate various aspects and comprehension of Latin American identity. We chat about the themes and questions that underly his practice, how his work has shifted over the years, and the importance of staying focused.

Can you introduce yourself? Where are you based?

Hello, I am José Caerols “Yisa,” a visual artist from Santiago de Chile, who currently resides in the city of Barcelona, Spain.

The city as an object of study is my interest, through its residuality as footprint and context of a postindustrial identity. The idea of identity in constant construction and deconstruction that is mobile and manipulated — the system of power in all its variants as constructor of an overwhelming reality, both politically and in a plastic and visual form.

This residuality is presented as an archaeological symbol of a system today, symbolically speaking, exploring the conceptual and investigative process of production, to give a form and a weight to its most invisible processes. When entire aspects of our existence fall into abstraction as a product of world scale change, it is through the process of production that a chain is formed between signs and images.

You have exhibited in galleries and museums, but you also do public street art as well. What first interested you in making art?

My first interest was always in drawing. From a very young age, this was what I was interested in. Because of the circumstances of my life, I found myself very immersed in the world of graffiti, so this is what appeared constantly before in my artistic development — not as a choice. Life is what ordered these factors in the development of my work, very far from the idea of pre-established pyramid of interests.

Your practice questions ideas of Latin American identity, culture, history, and politics. Your recent works consist of site-specific installations that touch on various aspects of these themes. Can you elaborate more on that?

First, in my practice I am thinking about the idea of Latin American identity, rather than questioning it as such… I generate questions and seek points of view where these ideas are so common and handled without being analyzed deeply, and find a basis for generating moments of reflection.

What first led you to exploring these ideas in your work?

The theme of Latin American identity is a projection of my work in relation to the systems of power and how these are developed and generated into ideas and environments, and realities of daily understanding and reflection. Particularly in relation to the specific work I have done since 2015, starting with the piece “El robo de Hispano America,” there is a relation to this research that I make in confrontation with the “I” as Latin American. Through my personal experience, I have always tried to identify and be able to establish the boundaries of the idea of Latin American identity beyond what is understood almost as a caricature from a dictionary.

It’s an idea that has been defined by great Latin American thinkers such as Acha, Joaquín Torres García, Octavio Paz among others.

Do you find that you approach your work differently if you are doing it outside, in public, as opposed to a gallery setting?

I faithfully believe that each work is produced and articulated in a particular and unique way — that the moment in which it is generated, the place where it is realized, and the idea that is projected, are as independent as the technique in the new work. I think they will always be very different from one to another in production, in comparing two public situations or two gallery situations.

My process “in general” starts from an idea that as it approaches the moment of its realization varies in innumerable ways. The idea itself is already a production process, so that when it comes to plans, sketches, painting, or whatever, its focus can be changed in search of greater coherence. It is a particular process to each one of the pieces.

How would you describe your studio or workspace?

It is a great question, currently due to my new stay in Barcelona, y study is constantly moving, through projects of artistic residencies that I realize and plan to do in the future, in each one of them to generate a specific project.

What is the best advice you’ve ever received so far?

He who eats quietly eats twice.

How would you describe “success?”

What do you feel is the most challenging thing about pursuing art, either creatively or professionally?

I think the most difficult thing is not to be distracted, not to be dazzled by the external brightness. Continue to work on what one is constantly working on.

It consists of a series of pieces carried out theoretically and objectively in a traveling residency process that I plan to carry out until July 2018 in Barcelona. 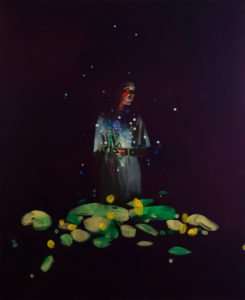 Bartholomew Beal
First, I'd love to know a little bit about you. Can you…