Last fall I found myself rather spontaneously at an arts event in Green Bay, WI, where I ran across a screening of local filmmaker Samuel Karow’s short film, “Excising the Heart,” which was so lovely and so quintessentially Midwest that I just had to share it here. Originally from the agricultural heart of central Wisconsin, he had just recently relocated to Green Bay when I met him, and was at the time participating in a number of Midwest film festivals. We chat about this film, his influences, and the process of making.

Can you tell me a bit about yourself? What first interested you in film?

I was born and raised on a small farm property near Marshfield. It was an idyllic place to grow up. I discovered my family’s Hi8 camcorder when I was 13 and instantly became obsessed.

Spending my teenage years making home movies with friends, I gradually came to appreciate filmmaking’s broad canvas. Performance, photography, sound and music all coalescing into a whole. Excited by the possibilities in overlapping these forms, I pursued film school at UW-Milwaukee in 2007.

Can you tell me about “Excising the Heart?” As a Midwesterner, it certainly strikes a chord, but it also touches on the universal idea of history and memory. How did this project come about?

Much of my work falls under personal documentary. I use film as a means of introspection. The goal with “Excising the Heart” was to help cope with feelings of guilt surrounding the demolition of my family’s barn. It was built in the late 1800s and remained the centerpiece of the 40-acre property where I grew up.

I was heavily influenced by a book written by Jerry Apps called “Barns of Wisconsin.” In it, Apps compares barns to cathedrals. He details similarities between the two: vast expanses of space that hold back the elements and connect people to a larger power. This analogy stuck with me. Especially when interpreting the larger power as a tie to nature and link to the past.

This helped me realize how my grandfather had served as the barn’s guardian and curator. He came from a small dairy farm that saw three generations living and working together. After his death in 2006, the building devolved into a glorified lawn ornament, lacking purpose and left to rot. I wish I could have saved it, but it was not mine to save. I never milked a cow, bundled hay, or shoveled manure. My formative years saw the barn as a place of fantasy; a bare framework for amateur movie sets. Needless to say, I did not continue my grandfather’s legacy.

Have you always pursued film, or do you have other artistic interests as well?

In addition to film, I also make time for photography. This is largely because I use a DSLR as my primary camera. It’s nice to invest in a single piece of equipment that does both stills and video seamlessly.

Do you have any particularly significant influences?

“Koyaanisqatsi” is a documentary that had a profound impact on me. It’s a testament to the power of visual storytelling. The film captures the disturbing relationship between humans, nature and technology. And it manages to do this using only images and music. There is no dialogue or narration.

The film also highlights how to find beauty in the everyday. When you slow things down and take time to observe and look in a new way, there will always be unexpected discoveries.

I have a modest home office that I use for video editing. It’s built around a standing desk, which I can’t live without. It makes staring at a computer screen for hours feel much more active and engaging.

I would love to have a proper studio space in the near future. I’m running low on room to store a growing collection of equipment.

Can you tell me a bit about your process? How long does a short film, like Excising the Heart, take to complete?

My process involves shooting lots of footage. Documentaries tend to be written in the editing room. More footage means more options. And sometimes it just takes a massive slab of ore to get just a little gold. With “Excising the Heart,” I shot twelve hours of raw material over the course of a year. The finished film runs five minutes.

What do you find to be the most challenging aspect of doing what you do? What about the most rewarding?

It has challenges, but I find documentary work incredibly rewarding. All I need is myself and a camera. From there, I can freely explore different people and locations without drawing much attention or self-awareness.

There’s a unique process of discovery as well. Starting out, there isn’t always a clearly defined idea. I certainly don’t know what form a film will ultimately take. When granted the luxury of time, I can go back and forth between shooting and editing for weeks or months. Slowly but surely it comes together.

What is the best piece of advice you’ve ever received that has helped you in your creative career?

I learned an important lesson from Dick Blau, one of my film professors at UW-Milwaukee’s Peck School of the Arts. He encouraged the “write what you know” philosophy, stating that in order to engage in something real you have to call on your own experience.

I don’t interpret that to mean having grand ambitions is always a mistake. But I do think it’s foolish to tackle subjects you’re not qualified to handle. I’ve learned this the hard way. Sometimes your own life experience needs to catch up with an idea.

Do you have any projects or events coming up that you’re currently developing?

I’ve had a successful festival run with “Excising the Heart” and it was great to have a final Wisconsin screening as part of the Green Bay Film Festival. I’m excited to make the film available online. I’m in the middle of shooting several new projects. With a little luck, I’ll have at least one completed by this fall. 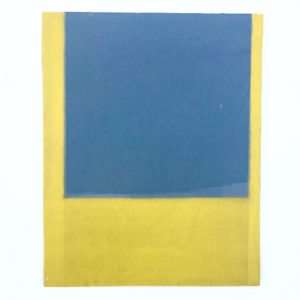 Tom Wilmott
First, tell me a bit about yourself! What first interested you in…