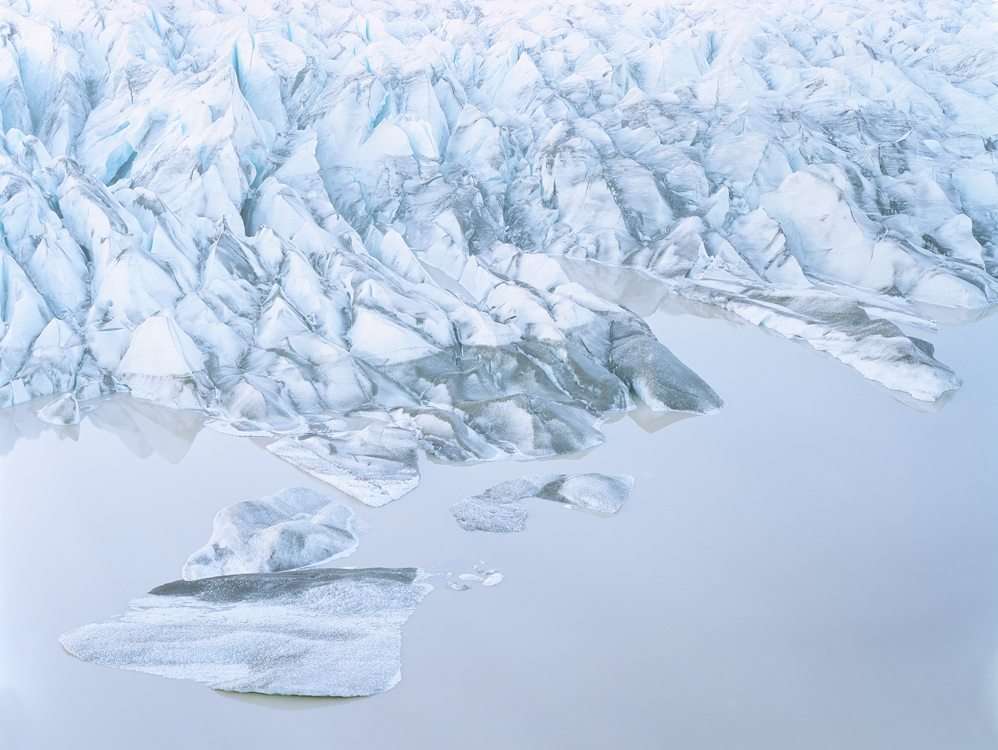 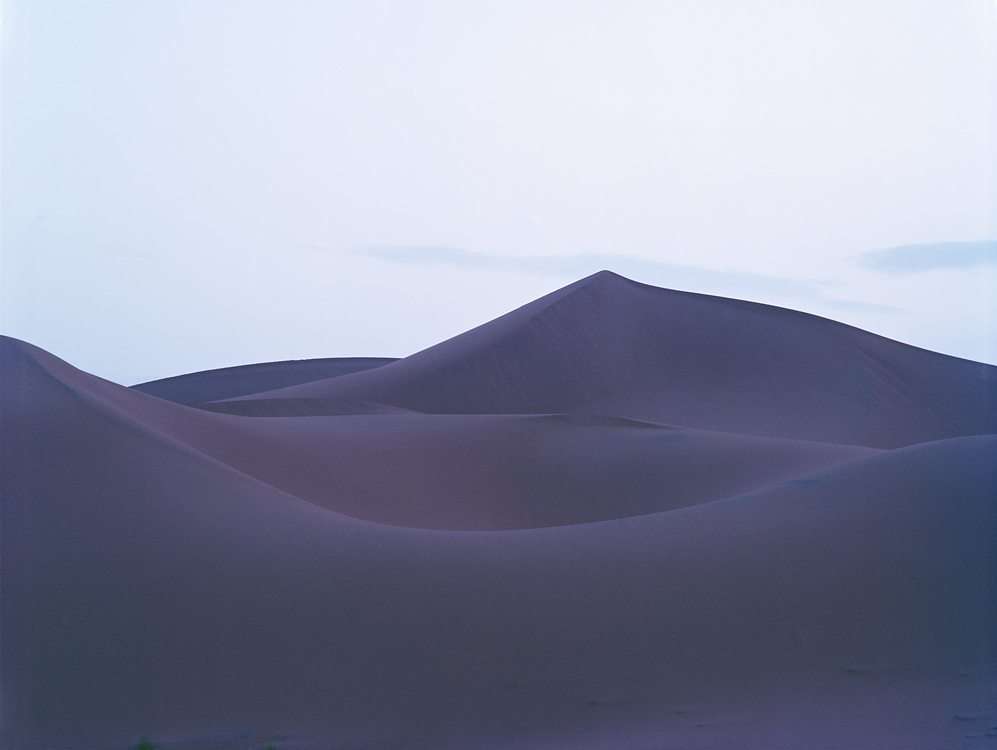 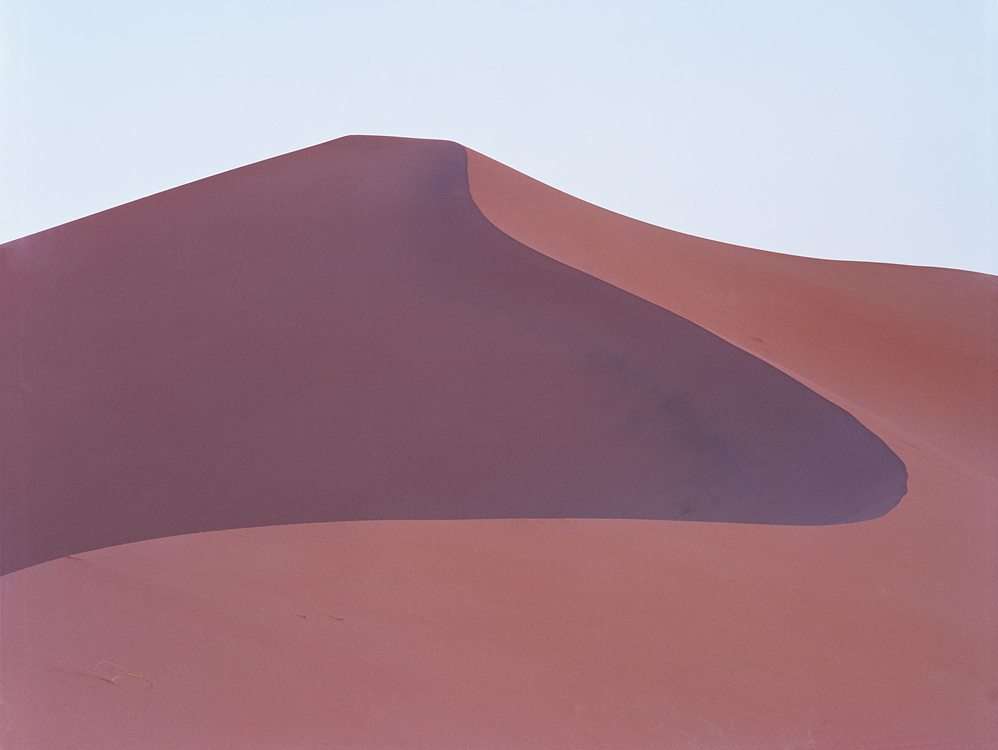 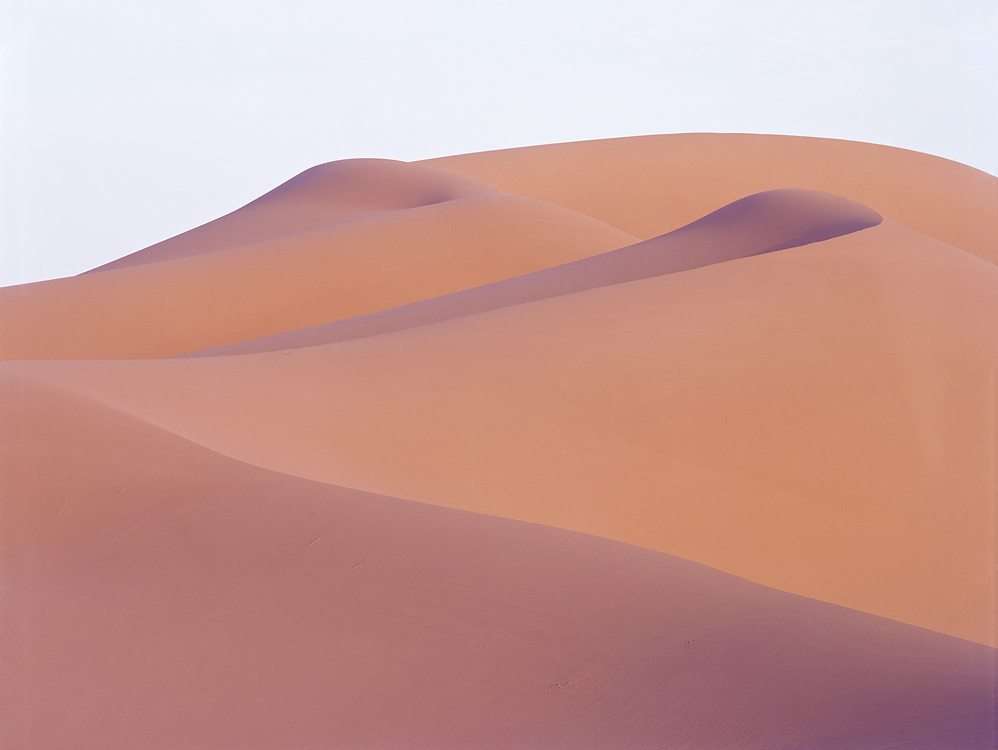 I first came across Luca Tombolini’s stunning photographs in the upcoming Earth Issue, a publication of 29 up-and-coming artists with an emphasis on the earth as subject, being released at the end of this month. It’s impossible not to marvel at the beauty of the remote places he finds, which in turn is an exploration of self through these journeys. Love to have this wonderful interview here, and find more information and examples of his work at the links afterward!

Hello Luca! Can you tell me more about yourself?

I began with photography in 2004.. and in 2011 decided to concentrate on my own projects. I like to shoot large format films, travel alone in remote areas and get lost in the place and in myself. Behind my images there’s a mix of adventure and spiritualism, to the point that photography has become just a part of this broader experience that i’m putting together.

I struggled a bit to define something that really interested me in photography. As a matter of fact my love with the medium only came to be when I encountered large format cameras; before that I played a lot with 35mm reflex cameras but never really fell in love. The idea of having so few chances to shoot obliged me to really think about what I was doing and carefully consider all possibilities before shooting. Being totally absorbed in creating an image, that’s what I first felt.

Your practice centers on the idea of the self, and your research takes you on long trips to remote areas. What interests you the most about this idea? What have you discovered along the way?

As self-thinking beings we are much more than our conscious mind tells us to be. There’s a whole part of ourselves, which psychiatrist C.G.Jung defines as personal and collective Unconscious, that plays a big role in defying what we are and how we behave. Going on solo trips gives you an idea, acting by difference, of that part of yourself that exists beyond the social mask and the facts of being born in certain times, in a certain family and grown up participating in specific social schemes. Traveling, as I do, gives you a chance to get a bit more close to this entity, to the point that what I decide to photograph could be a visual representation of that part of me.

The background of all this reasoning is that we’re putting a lot effort in achieving things in our lives, while it’s quite possible that we do that without knowing who we really are, and what we should be seeking instead.

Your compositions are often beautifully minimal, and very colorful. How is the minimal nature of these images important to your practice?

I’m naturally inspired by purity, power and simplicity, so that’s what I’m after in the landscapes I photograph. It looks like I’m seeking harmony behind things, but I do not exclude that later on in my life I could be in need of different experiences, maybe to complete and balance the circle. We’ll see.

You use large-format film in your work; what do you like most about traditional film processes?

Three things: 1. The magic of the moment when you decide to finally release the shutter. As it is in the nature of the medium, with digital you can take many more pictures, but this abundance spoils the magic of that single shot. 2. The colors: the sensation of warmth of the true natural pastel colors of the negative is just hypnotizing. 3. And the scanning process after: I’m using a 1997 drum scanner which takes about an hour to complete a scan. It has become a ritual and gives me a lot of time to think about the project I’m putting together.

What is the equipment you bring with you on your trips?

Is there a favorite place you have visited?

Well, the highlands in Iceland are a very unforgettable place to set camp. I think I’ve never been so alone in terms of miles to the next human being (me personally, then for sure there are more remote places, I think about Antartica for instance). These are places which have never been inhabited by humans, and when it gets dark it feels like being swallowed back in time to an undefined primitive dream.

What is your workspace like? Or are you somewhat nomadic?

It’s a room of my apartment that became a studio. The main presence is the old drum scanner that I use, which is as big as a piece of furniture. Three tables and a big and thick carpet where I lay down when I’ve got too much of looking at the screen complete the scenery. Right now it looks nice and tidy, but it’s not whenever I start scanning a new project.

Do you identify more as a photographer, or an artist, or both? Do you think there is a difference?

I’ve got an ever-changing idea of what an artist might be, and a real doubt if someone could eventually call himself such. I am for sure a photographer in one of the many different ways people could create images. And yes, of course I see a difference between the two things, especially when a photographer has got a client to deal with.

Is there anything you find, or have found, particularly challenging or difficult about pursuing your work, whether professionally or creatively? What is the most rewarding aspect?

As a photographer, and most of all as a human being, you gotta make choices. And every choice means you’re leaving something else behind. So when I felt I had to dedicate more time to personal projects, I also needed to decide what I really wanted to photograph, and what else to leave behind. It all came together as steps of a personal process of individuation. The next step was to inquire behind the aesthetic level to identify the real reason behind the fascination for those primordial places. I went back to C.G. Jung’s studies and came up with a personal adaptation of his thoughts to my photographic and traveling experience. The most rewarding aspect is that I’m finally using the pleasure of wandering and photographing to know myself a bit better, especially the part that exists aside from our social persona.

Other than the Earth Issue, do you have any upcoming exhibitions, or projects you’re currently developing?

I’m actually preparing for a very big trip that will hopefully happen in spring, maybe the most ambitious I’ve done so far. I’m trying to figure out the budget, and I’m putting pins on the map. And in the meantime I’ve been doing research about a very interesting series I could do in Italy itself, that rather than focusing on places, would shift the attention on how humans, through the history of mankind, sought for the same thing I’m seeking in lone travels.

Fabian Treiber
Hello Fabian! Can you tell me a bit about yourself? I was…