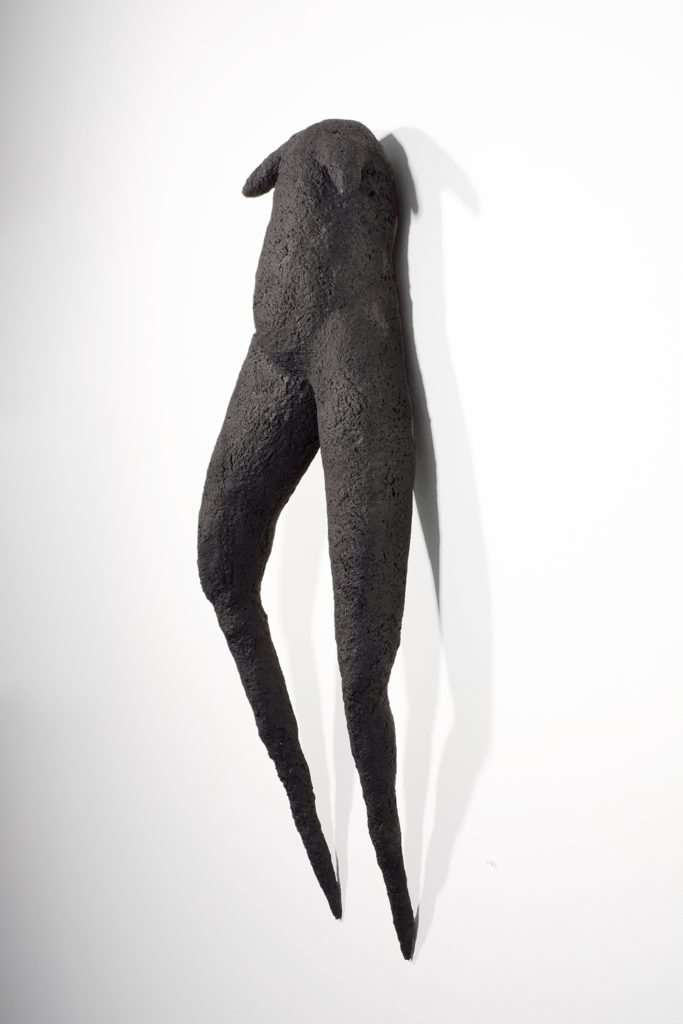 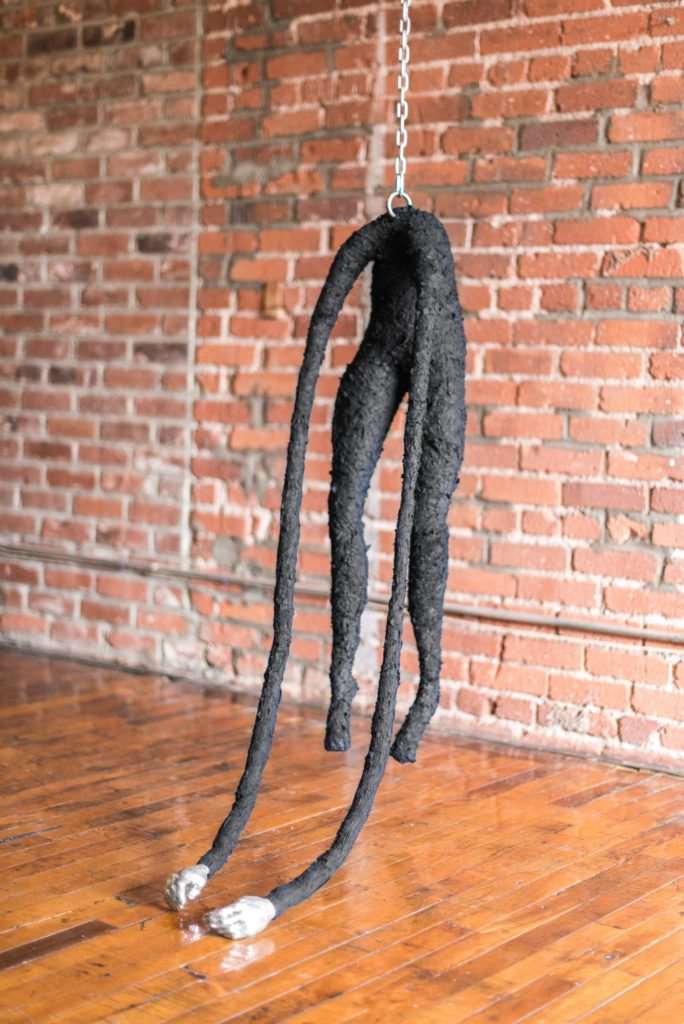 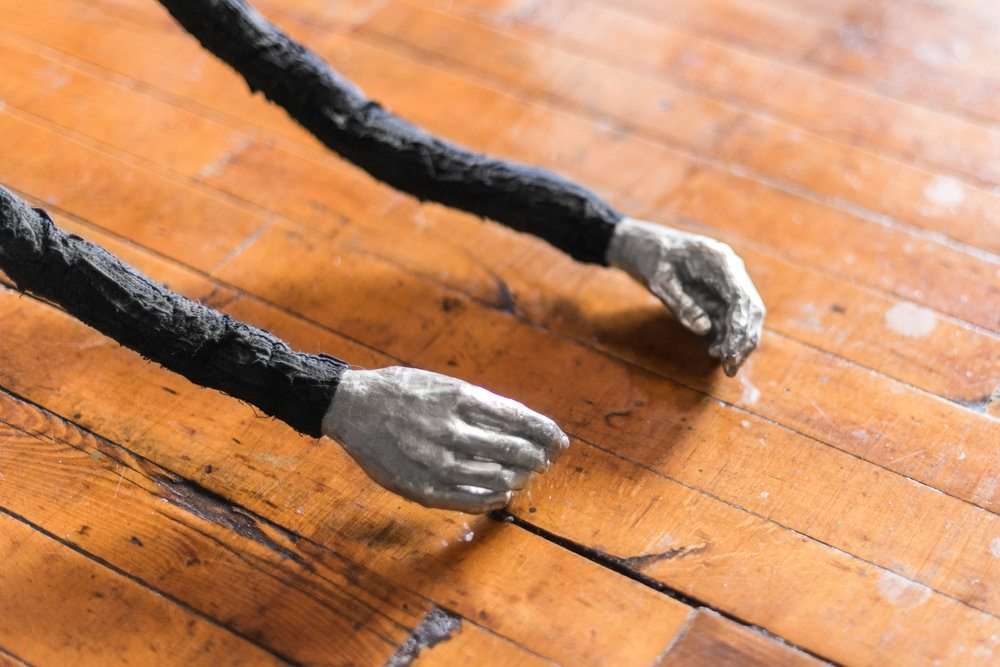 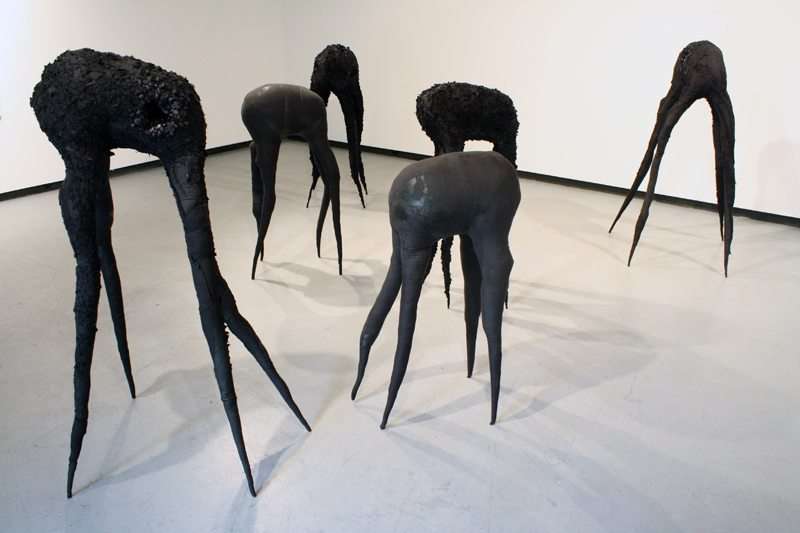 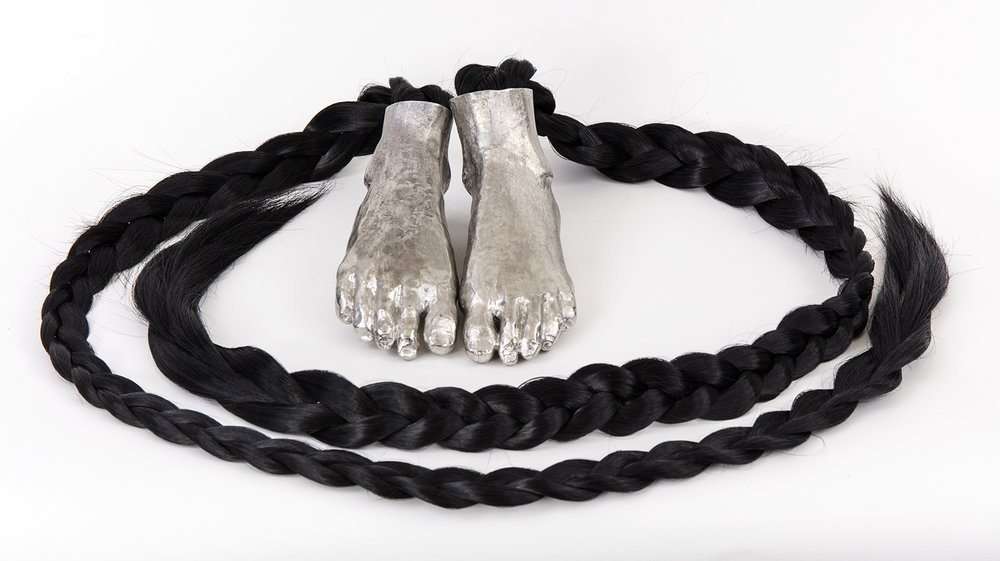 Absolutely loving the mysterious sculptures and prints by Camilla Taylor, who explores ideas surrounding psychology and the body. Her moving interpretations on paper and in 3-dimensional iterations cut down to a sort of essence of what it means to be human or not, both delicately and with a palpable darkness and uncertainty. So happy to share this wonderful interview, and check out more information at the links below!

First, I would love to know more about you! Where are you from originally, where are you based now, and what first interested you in pursuing art?

I grew up in Provo, UT — the most conservative city in America.  I was interested in art throughout my childhood, but it was on a school trip to Los Angeles that I finally decided it was what I wanted to do.  We came to LA for the Van Gogh exhibit at the Getty, but also visited LACMA.  While at LACMA, I was overcome with the possibilities within art while inside Michael C. McMillen’s Central Meridian installation.  Years later, I returned to LA to pursue my graduate degree and have stayed here since then.  I’m now just outside of downtown LA in the produce district.

You emphasized printmaking in your MFA, but your practice also includes a strong interest in sculpture. Can you tell me a bit more about this connection?

Printmaking is very physical, and requires more planning and rational thinking than, say, painting.  I think it was easy to transfer this thinking process to sculpture, the need to figure out the support structure and the practical concerns of the material used in advance of the execution of the piece.

What do you love most about either of those mediums?

I really do enjoy the planning and the satisfaction of things working out.  In magic, the reveal is called “the prestige”, the part when you gasp.  I’m drawn to media that has a step at which everything goes wrong or succeeds–the cast coming out of the mold, the ceramic from the kiln, the print off the press.  It works out perfectly sometimes and it’s like a magic trick.

Somewhere in all that it feels like the artwork becomes independent from me, initially we’re immediate and close, and then I’m just helping it along until it doesn’t need me anymore.

You explore a motif of the human form, minimal in ways, often depicted “unwhole” in some way. When did you first start exploring the human form as a motif? Can you explain more about your interest in the body?

I’ve always worked with the figure in some way, except for a few recent forays into abstraction.

I try to avoid the impression of violence with the fragmentation of the body as much as possible, that it’s a psychological rather than physical fragmentation.

I hope the viewer sees something familiar in the work, without the ability to be specific about what it is.  That is the uncanny aspect.  In the recent past, I also worked with the way the human form and the forms of other animals overlap, and blurring the lines between them.  In the past couple of years I’ve focused more on the human form, and bring more specificity into individual features..

I hope for a visceral response, but not quite disgust.  If someone responds this way, I think I succeeded in reaching the part of them that they can’t always reach intellectually.  I define art as communication, and it’s communicating in a way that you can’t with music or words.  I want to reach that place in a person that is difficult for them to explain or talk about.

My partner and I live in a loft space, and about a third is my studio.  It’s cluttered with tools and objects, dominated by one large work table I bought from a neighbor when he moved out.  I have great admiration for artists who can work in a minimal clean space, but I lack that ability, and most of the time it’s full of various pieces mid progress.  A giant unfinished clay sculpture just collapsed yesterday–I need to clean it up and start over.

Is there a tool or an object in your workspace that you just can’t live without?

A burnisher–it’s a tool used in etching, but I use it all the time in sculpting as well.  They’re lovely, wooden handled with a smooth steel rod ending in a lazy curve and point.

That there’s a vocation to being an artist (the artmaking), and the job of being an artist (the business side).  You can be good at both or just one, but they aren’t the same thing.  A gallerist whose name I’ve forgotten said this in a conversation on a podcast, not directly to me.

What do you find most challenging about pursuing art?

I never really know if I’ve succeeded or not–it’s hard to know if you’re ever actually good at what you do. There’s a constant uncertainty in whether or not it’s worth it to make art, but what’s at risk is if I’m wasting my time or not.  I don’t think I am, but in the end I could be deluding myself.

On the other side of that coin, what is the most rewarding part of doing what you do? What drives you?

When you’re deep into making something, and you lose all sense of time and forget yourself, immersed completely into the thing.

Do you have any upcoming exhibitions or projects?

I have a solo exhibit January 13th at Penny Contemporary in Hobart, TAS, Australia. Just before that, I’m in a group exhibit, With Liberty and Justice for Some, at Walter Maciel Gallery, January 7th, in Los Angeles. 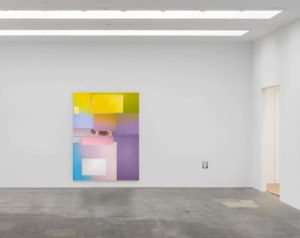 Andrea Martinucci
First, I would love to know a bit more about you! You…