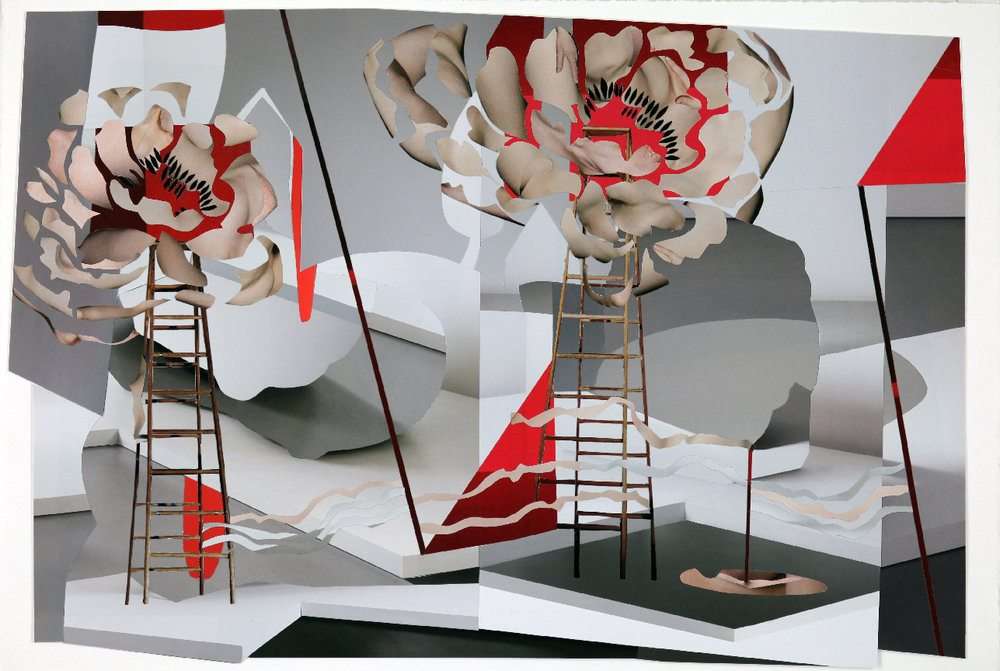 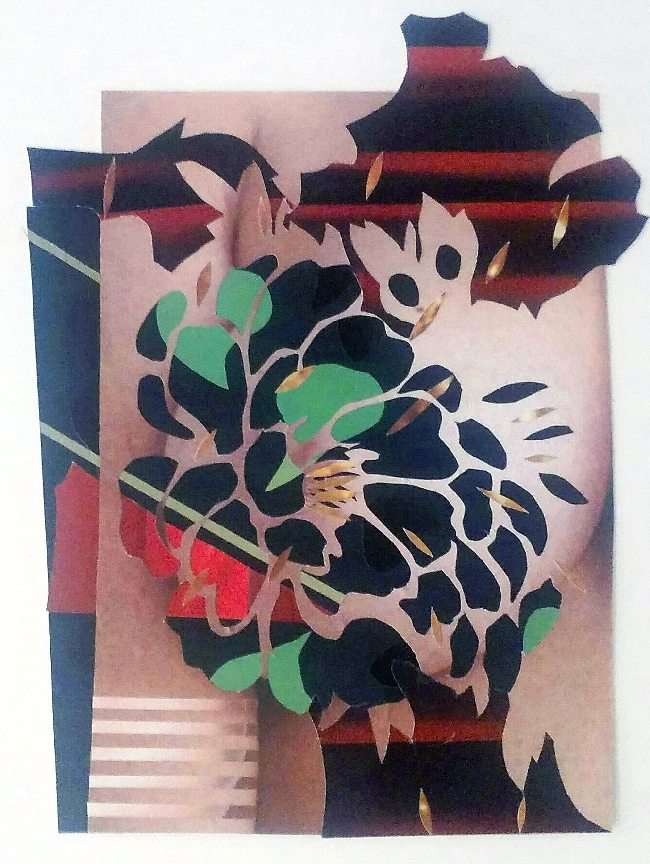 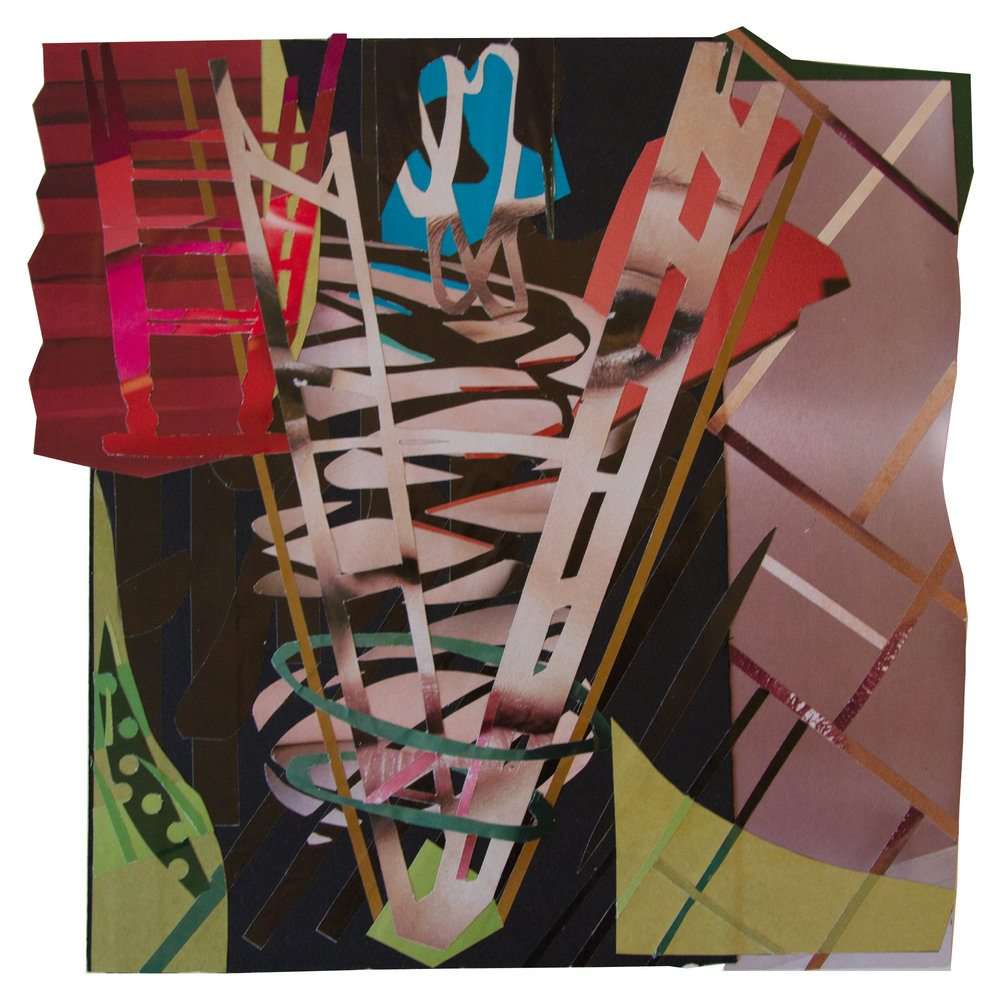 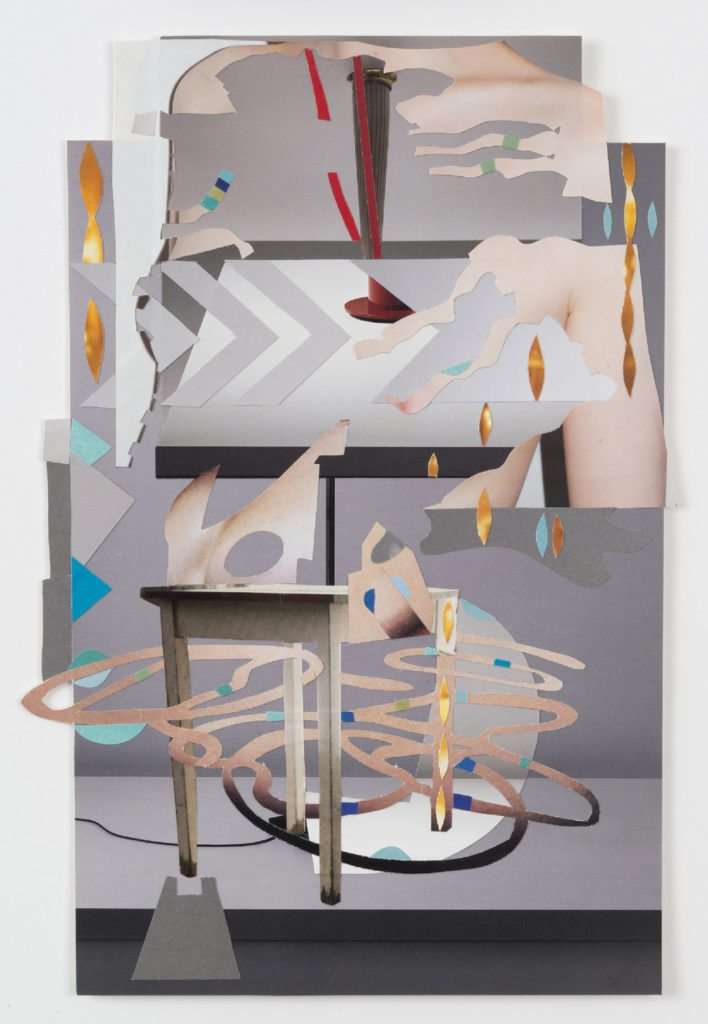 Today I'm sharing work of Brooklyn-based artist Paul Loughney, whose unanticipated interest in collage has taken his work in new directions since he initially studied printmaking in art school. I love the contemporary, glossy, and refined source material he chooses for his compositions, which often feel spatial and architectural, as if on the set of a photography shoot -- hinting at the nature of the magazines he often uses to find imagery. A great interview below!

Hi Paul! You’re currently based in Brooklyn, if I’ve got that right. Can you tell me a bit more about yourself? What first interested you in making art?

I’ve been living in Brooklyn for over 13 years and for 12 years in Philadelphia before that. I have a son who is 9 1/2 years old, am a single parent and co-parent with his mom.

I had fortunate guidance from a number of art teachers along the way, starting in my early teenage years. By my early 20’s I had a good amount of classical training as a young student at the Pennsylvania Academy of the Fine Arts in Philadelphia (great school). A strong contemporary art presence was there as well, and helped me on my path. It was there I became fully immersed in printmaking, and that lasted for several years. I focused heavily on etching and monotypes. I went on to get my MFA from Rutgers University in 2006. I was already living in Brooklyn and commuted to school.

For several years after I worked as an adjunct professor, which I loved, and occasional freelance work in galleries while supporting my practice at home. It is deeply sad that adjunct work pays so poorly in this town, and I was unwilling to relocate elsewhere to teach, as being close to my son in his formative years is still a priority. So, I currently freelance full time, and also work as an assistant for a couple artists. It’s okay. The last few years have been very productive with creating, exhibiting locally and nationally, and private sales.

Your practice is collage-based in particular; what first interested you in that? Where do you find your source materials?

I was a fan of collage for many years before ever making one. Early on I was exposed to the important work of Hoch, Ernst, Heartfield, Picasso. But it wasn’t until after having a child that my creative practice shifted dramatically and resulted in developing a collage-based practice. I certainly didn’t plan on it! At the time I was making mixed media work and showing with a gallery in Philadelphia. That relationship ended soon after I began to lightly experiment with collage. I gave up a large studio and downsized to a table at home. This shift fragmented my time and my focus. Sometimes having only an hour a day to work, I did an hour’s worth of work. In turn, this helped me focus on play and to play with magazine fragments. And slowly the first works emerged in relation to themselves and became my first series, The End of Days are So Yesterday, which excavated magazines from late 1950’s – mid 1970’s to reflect concepts in the work.

Because I tend work in series the source material changes to meet the needs of the images, more recently it’s been contemporary fashion magazines that fulfill the needs. Glossy, shiny, slick and very fleshy. The scale of my collages result in typical, modest size while others I enlarge fragments to print out, re-cut and create larger collages in 3′ – 4′ range. It’s important for me to know my viewer knows the work is created by hand. All the work is one of a kind, and I’m a traditionalist in that respect. Lastly, a quote I once read by Richard Serra has become a kind of mantra for me when considering collage, ‘You’re only as good as the obscurity of your sources’.

Your recent work has also played with the idea of abstracted or distorted space and depth. Can you tell me about your recent series, Big Impossible?

Thanks for pointing that out. The abstraction of space, depth and illusion of a “place” is apparent throughout my previous collages and one can say it’s a consistent thread in the work. Another thread is ambiguity, which I consider the teasing of tension between familiar and unrecognizable forms as it creates a sense of mystery. I find that very attractive. Both of these threads tend to rely on recognizable imagery from contemporary magazines. Many of the forms and symbols in the work are either superimposed imagery from other sources or come right out my drawing. Many of these tend to create a visual double entendre and I like that a great deal.

The most recent series, The Big Impossible, construes the idea of the difficult to impossible transition of adolescent boys to become men. My increased interest in transitional spaces, (physical, emotional and spiritual) along with the consideration of difficulties experienced in the midst of development had me consider how rites of passage, rituals and other cultural signifiers demonstrating growth, or failure could be codified within a visual framework. All of the recent collages display constructed objects in an illusionistic space. They also all contain patterns of flesh (I prefer to think of them as storms) that occur as camouflage, ribbons, static, frequencies, imploding flowers, totems of chevrons; they represent ongoing confrontations and investigation with our own bodies as well as foreign ones. The reconfigured materials from contemporary magazines help to highlight the tension of ambiguity that familiar and unrecognizable images can create: a sense of mystery that is intended to keep the viewer engaged.

My workspace for the past 15 months has been the front room in my apartment, and I’ve been making it work. Four years prior I kept studio in the Greenpoint neighborhood of Brooklyn. Like many local artists, I lost my space and had to adjust quickly. Over the part several years, I’ve gone back and forth to studio space inside an apartment then outside, then back again. That can be life in New York. Thankfully, my flat files fit into this perfect nook and all my finished work and stuff in progress can live safely.

What my work space “is like” depends on the day. There can be more distractions at the home space, so I try to get all the stuff squared away first — laundry, cooking, etc. — to focus on the creating part alone. Even if it’s puttering around for a bit. Whatever it takes to get going.

Ideally, I tend to start out in silence for a stretch of time before including any external sources. A podcast with words tends to come before music, though I love them both. It is spacious enough to feel comfortable with a couple visitors. I’ve grown quite a bit in the last year.

How much time do you typically get to spend on your work each day?

The idea of my “work” has changed quite a bit over the years. I have learned to look at my practice as if viewing a pie chart and all the different parts that go into the practice. If it’s actual creative, making of artwork, then it’s 15-20 hours per week, on a good week. Being in a situation that I need to work full time, saying no to many social things is part of my choice to get things finished. I think about the work all the time.

The rest of my busy New York life pie chart includes hustling people for studio visits (often), going to other artist’s studios, showing up to specific openings to support fellow artists (even when I don’t want to), making and maintaining contacts, the social media component, updating my website, reading, research and depending on the time of year-applying for grants. I don’t know where the pie chart concept emerged, but it’s certainly not my original idea. If anything, and most importantly, it gave me the freedom to stop beating myself up if I wasn’t producing art ALL the time. I’m very productive in general if I stop to think about it.

What is the toughest part about trying to pursue an art practice?

To remain positive and stay in the light.

What is the most rewarding aspect of doing what you do?

Regardless of my circumstances, the only thing I have control over is the quality of the work. And I get to be an artist living in New York.

Do you have any upcoming exhibitions or projects you’re currently working on?

I just had a nice run of four group shows back to back, three of which were in NYC and Brooklyn and two that produced catalogs. Currently just working on a brand new series post Big Impossible (although I have unfinished business with that one!) and am now having visitors over my apartment. As per usual just stoking the irons in the fire and hoping things fall into place! 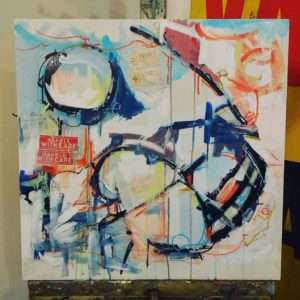 Matt Demers
Hi Matt! You're from Maine and have a pretty varied background with…