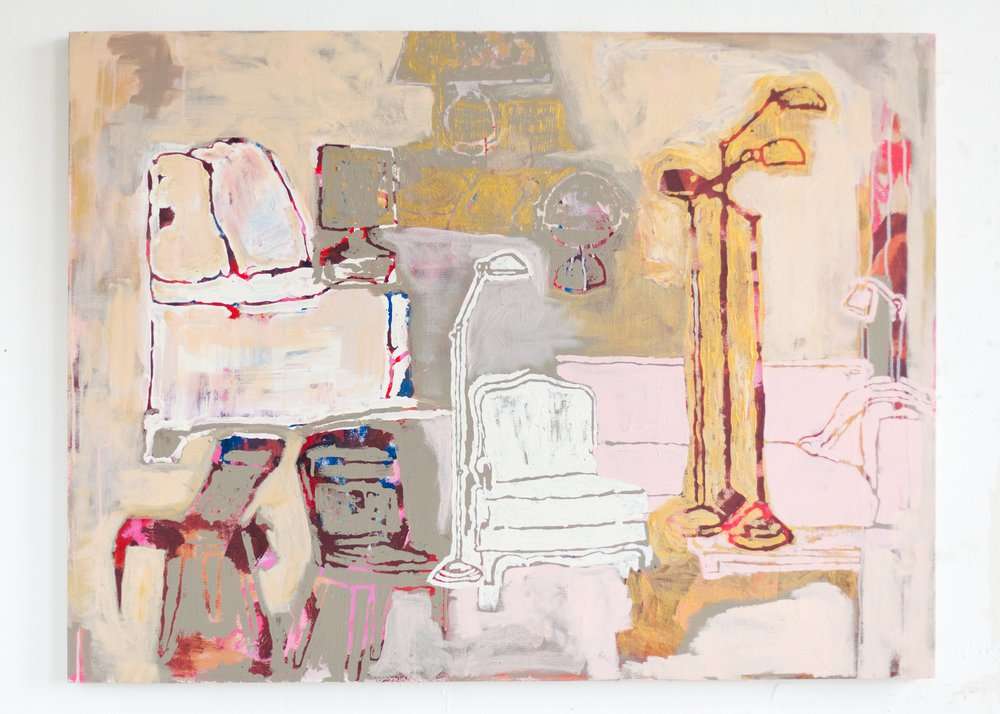 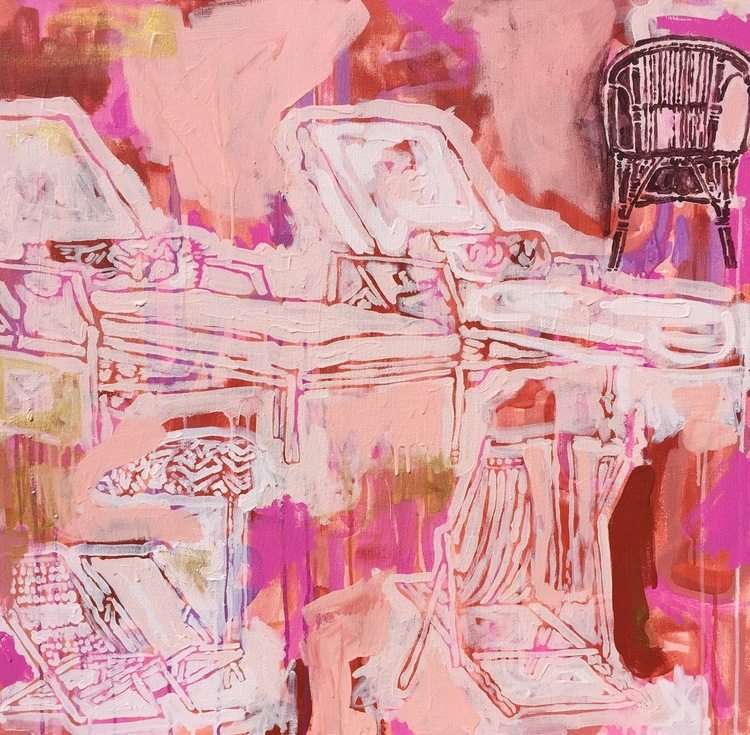 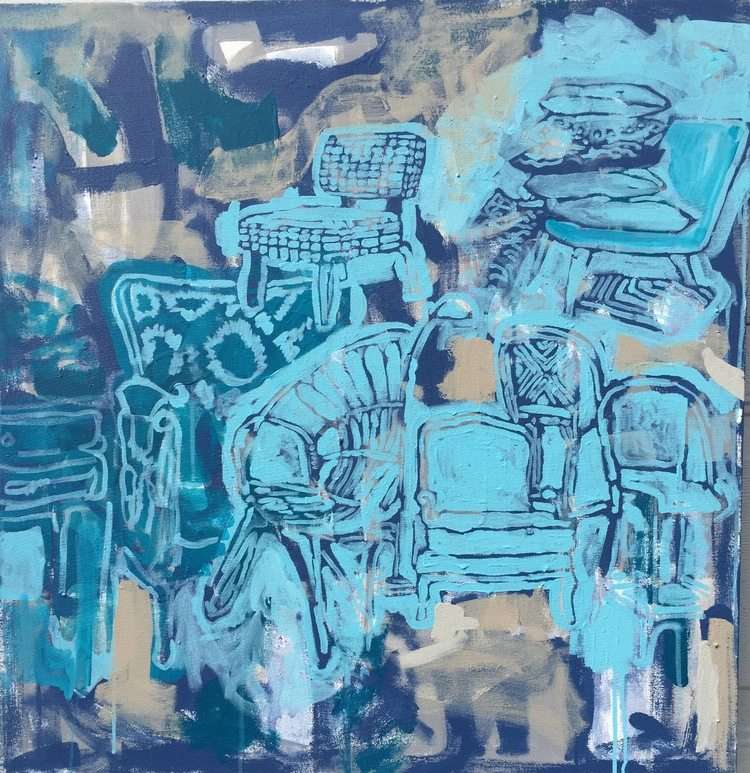 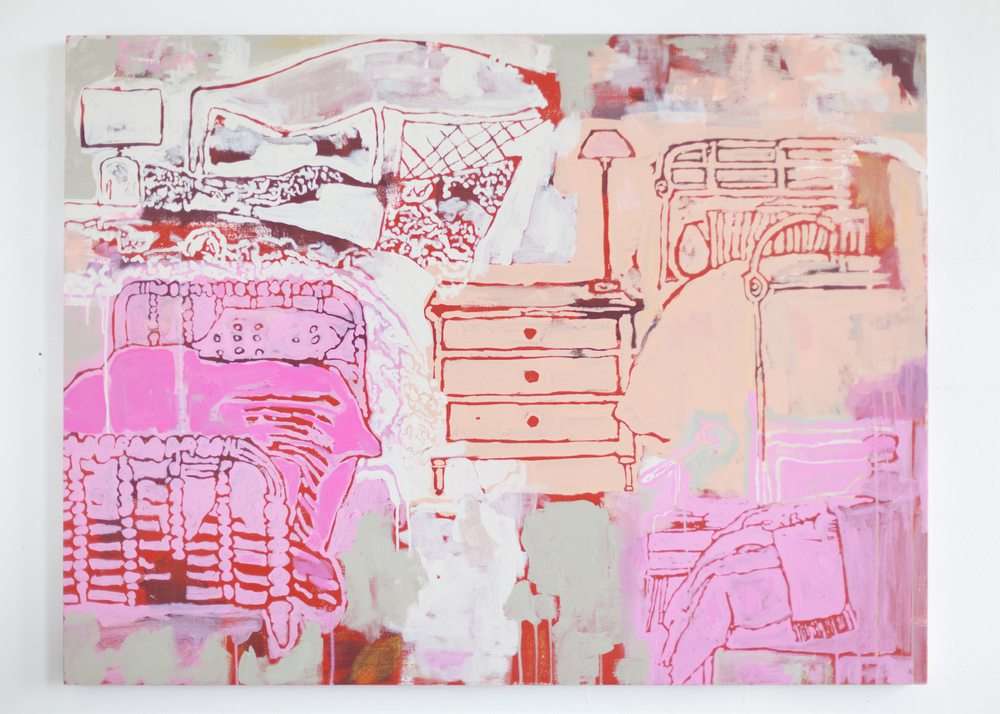 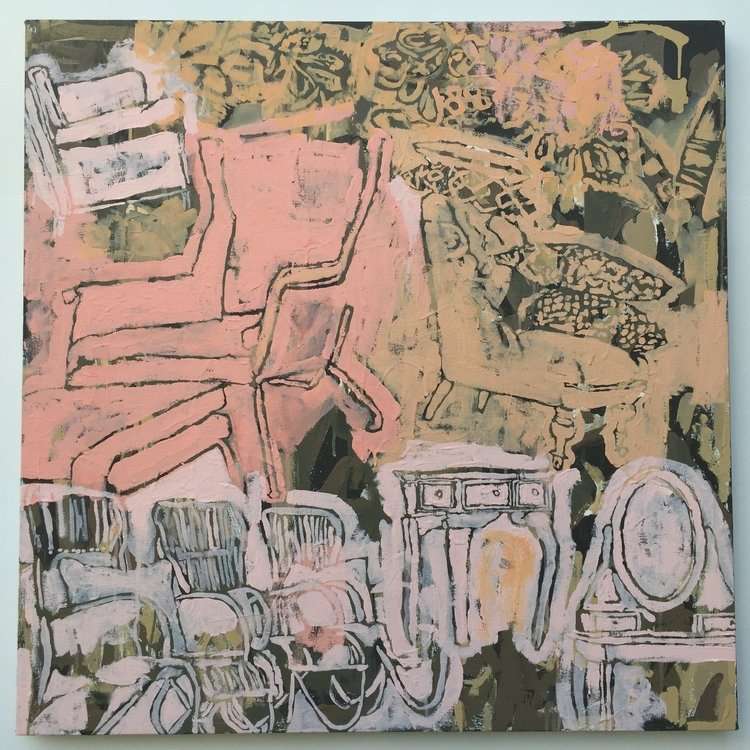 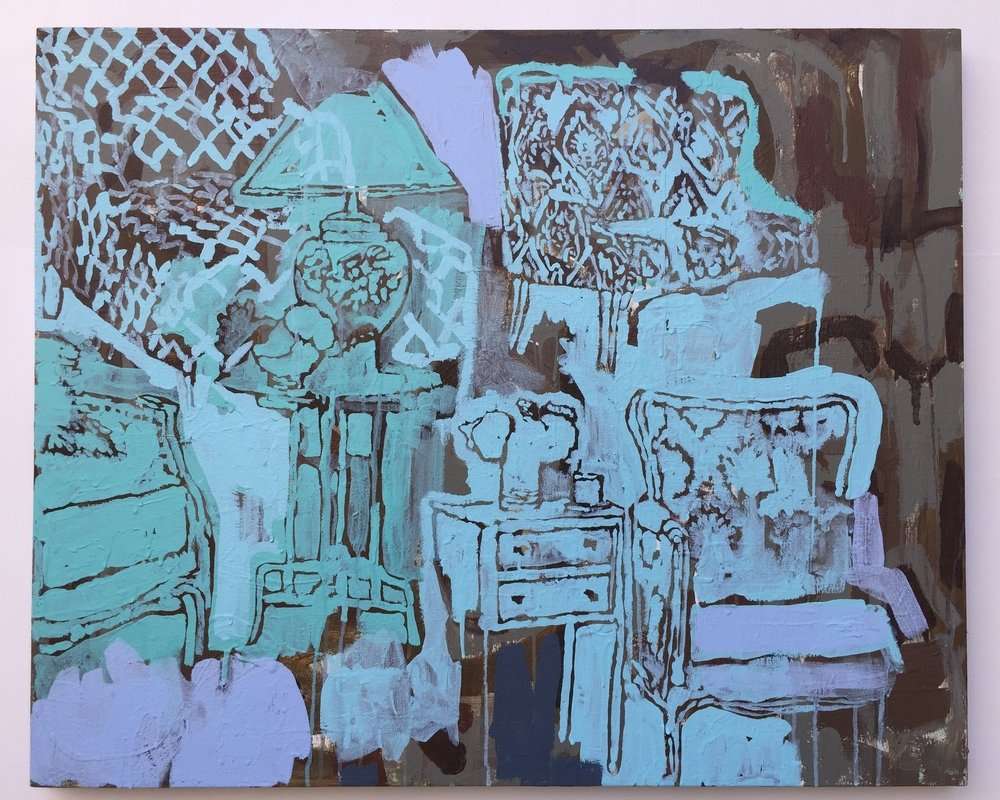 Ohio-based artist Mychaelyn Michalec addresses themes of domesticity and taste, which in the contemporary art world (or market) are often-skirted issues. Jonathan Jones, art critic for The Guardian, wrote in 2010, “There is nothing worst than good taste. Nothing more stultifying than an array of consumer choices paraded as a philosophy of life. And there is nothing more absurd than someone who aspires to show good taste in contemporary art.” Jones touched on an endless debate surrounding contemporary art — and just about all art made after the turn of the 20th century — which argues for or against a separation of fine art or “high art” from the purely decorative. If it’s made expressly to look pretty, but not to “say” very much, can it be considered fine art? Jones thinks not. And that’s where Michalec’s practice comes in.

Much of Michalec’s work centers on ideas of women’s creativity, consumerism, and idealism. She addresses and explores the boundaries of taste, especially concerning the role of the woman in determining or following it, which begs the question: where do women fit in the realm of high art (if we take Jonathan Jones at his word) if society continues to view them as arbiters or practicers of taste as opposed to… generating ideas? being makers? being boundary-breakers? (What do you think? Leave a comment below!)

Michalec describes a bit about her practice below!

You have a diverse educational background and the origins of ideas for your series seem to pop up from literary or historic examples. Can you tell me a bit about your influences and why you choose the subject matter you do?

I have been working in series, however I don’t see a huge separation between them. My work has been narrative and it is primarily about domestic life and memory. The furniture itself in some works may not seem overtly narrative to some people.  People may look at a painting and say, “That’s a beautiful room”, or “I remember that chair”. But seen from a series, some items are repetitive and certain items are representative of certain people. That is why the titles in my works are so instrumental. I think it gives the viewer another way of considering something that isn’t overt when you initially look.

You work is very centered on domestic life and memory; is there a particular memory or association that you return to a lot?

My work focuses on domestic life because that has been my primary focus for over a decade. I have degrees in painting and art history and I worked for a brief time in a variety of arts jobs, but I had two children, and my husband and I decided that I would stay home with them. That time was a gift and a trial. I felt conflicted about having my own accomplishments and also abandoning my own children to achieve them. It was a time of reflection for me as well. When you become a parent, you naturally consider the way in which you grew up, the shortcomings and inadequacies of your own parents, and expectations versus reality. It changed my view of my own parents and sadly, I think, our relationship as well.

What or who are some your major influences?

I love doing research, so I was compelled to get my Masters in Library and Information Science and I do think that is where my literary reference in my work lie. I am drawn to fiction writers such as Raymond Carver, Lydia Davis, and Sylvia Plath. Carver’s style is sometimes characterized as dirty realism, his writing focused on sadness and loss in the everyday lives of ordinary people. And Davis’s brevity is parallel to my work, her work is described as “the way life’s interactions partway estranged from their contexts”. I do use their writings as influence for my titles.

Two painters that I relate to are Fairfield Porter and Karsta Lipp. With Porter, his figures kind of pose, and don’t relate much to each other. With Lipp her interior domestic scenes are ghostly and beautiful. I feel their emotional tone and I hope to convey that with my own work.

What do you find to be the most fulfilling aspect of painting? And on the flip side, what is the most challenging?

There has been a lot said lately about women in the arts and having children. I know my own personal struggles with it are a consideration in my own work. I do consider the options for creativity open to women in general. So I started collecting house paint from other moms, left over from home decorating projects for use in my work. It is interesting how this affects my color pallet and the mood of the pieces. I think it also says something about the collective creativity of other women.

I have also been interested in memory, how one recalls things, how it influences your own life. Memory itself is a creative process. It is proven that every time the brain accesses a memory it rewrites it.The brain edits memories relentlessly, updating the past with new information. Scientists say that this isn’t about having a bad memory. Instead, they think the brain updates memories to make them more relevant and useful now — even if they’re not a true representation of the past. Memories are a lot like painting, you fill in the gaps, you try to clarify or obscure some things. Viewing a painting is like visiting a memory, the interpretation is dependent on your perspective. It is influenced by previous experience. I think that is what I like most about painting. 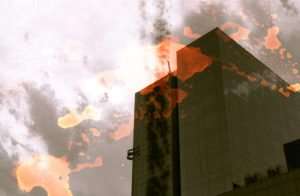 Isabel Val
YS: So tell me a bit about yourself! Are you from Barcelona…