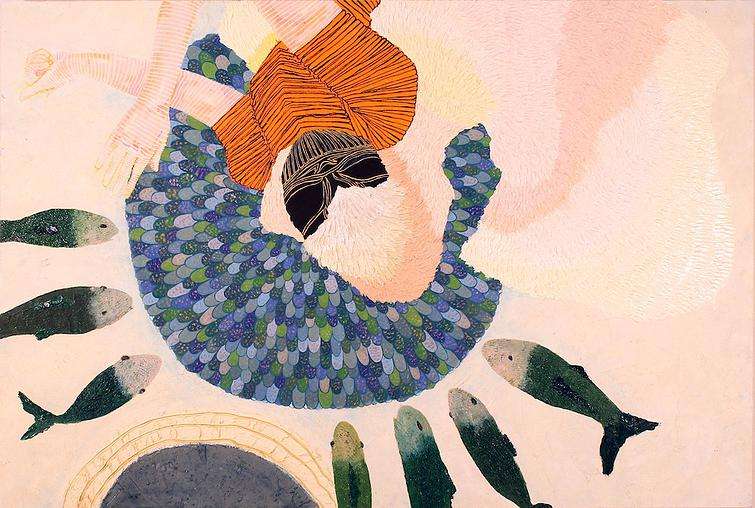 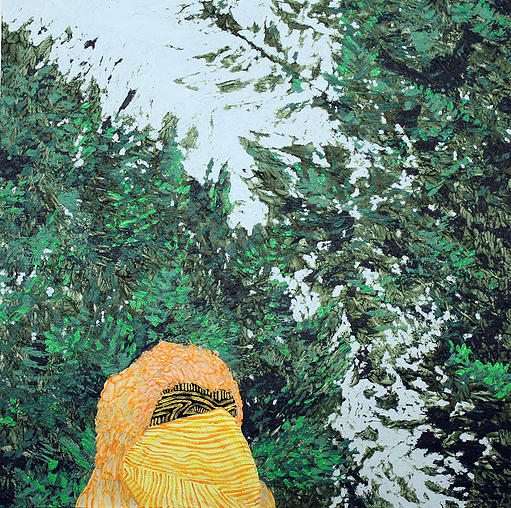 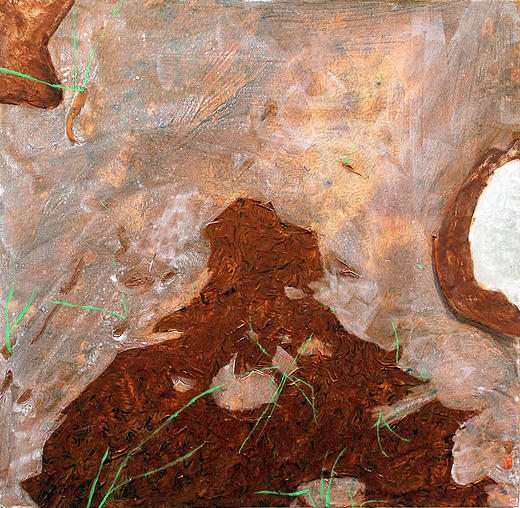 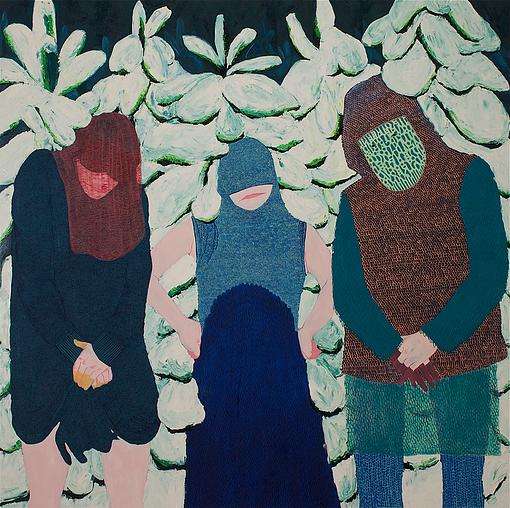 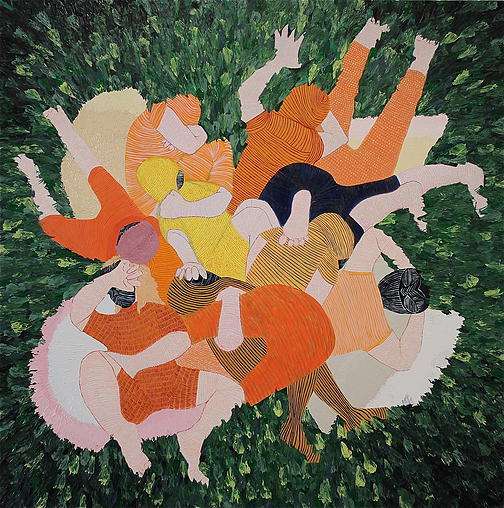 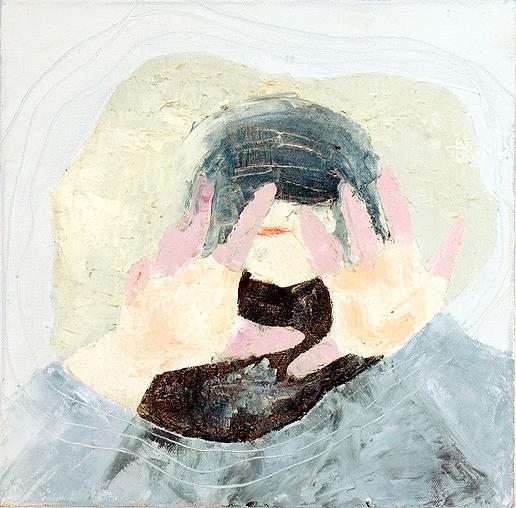 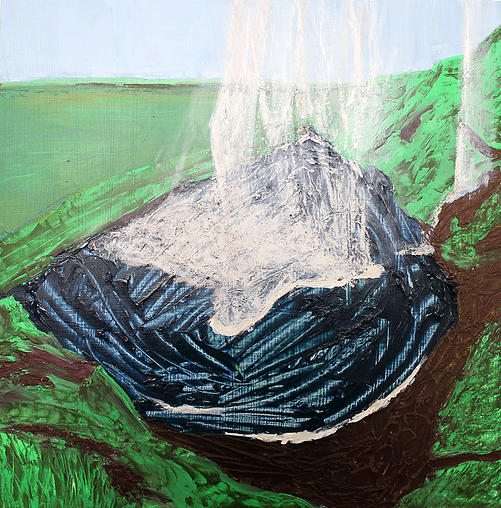 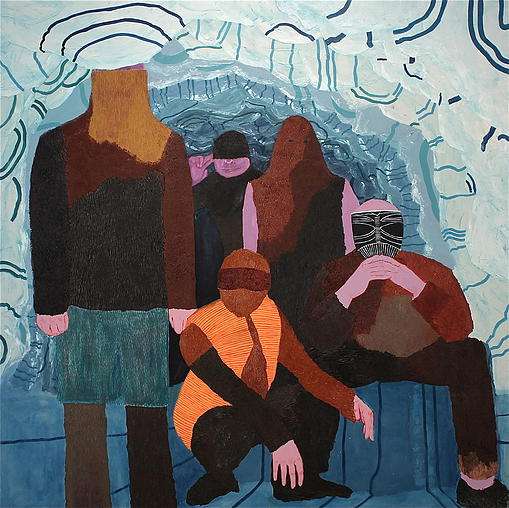 Continuing a somewhat (happily) accidental look at contemporary painting by artists who are from or who have passed through the Midwest in the last couple of years, the work of Andrea DeJong stands out for her use of texture and pattern. As much as the patterns, primarily in representations of foliage or fabric and textile designs, both portrays boundaries between figures and space as much as it confuses them. The stripes, swatches, and netted patterns delineate figures from their surroundings while at the same time obscuring them from us by covering their faces or their bodies with bright hues and multidirectional lines.

Some works dip into more abstract territory, and yet again I ask myself: do they? A mix of small and large-scale works are presented here, which skew how one views them on a screen, pulling detail further away in the larger works and seemingly amplifying it in the smaller ones. But scale aside, the smaller works are as effective as the large ones in their use of media on the surface. I particularly like Noodling, which could be a thin, melting ice sheet over mud with a few pieces of grass sticking up. Or it could be an entirely abstract demonstration of earth tones. Or it could almost be a Boyle Family Earth Piece, lifted from mid-spring Minnesota.

DeJong is originally from Minnesota and currently lives in Seoul, South Korea. She earned an MFA from the University of Iowa in 2014 and participated in a rural artist residency in rural Iceland that same year. More examples of her work and further information can be found at andreadejong.com. 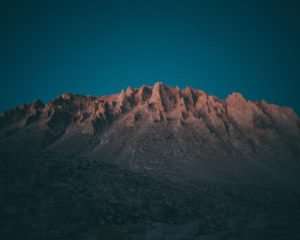