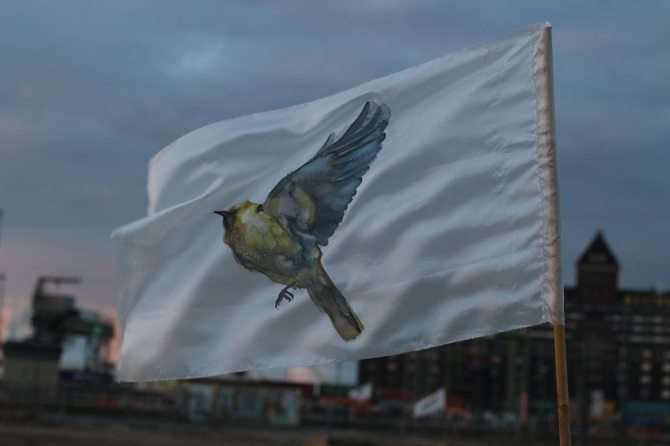 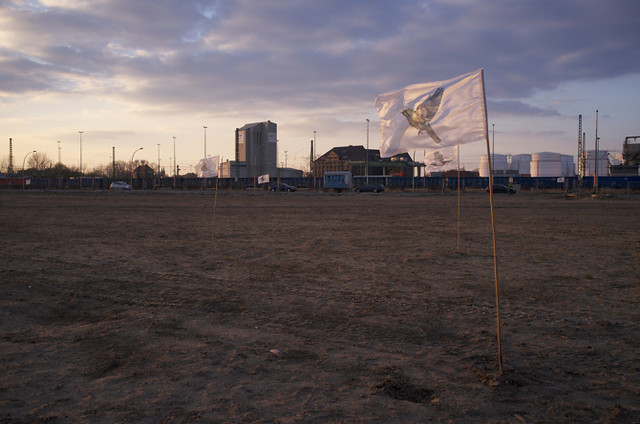 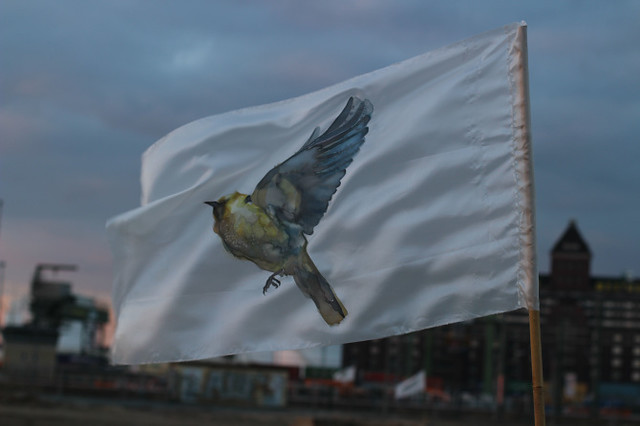 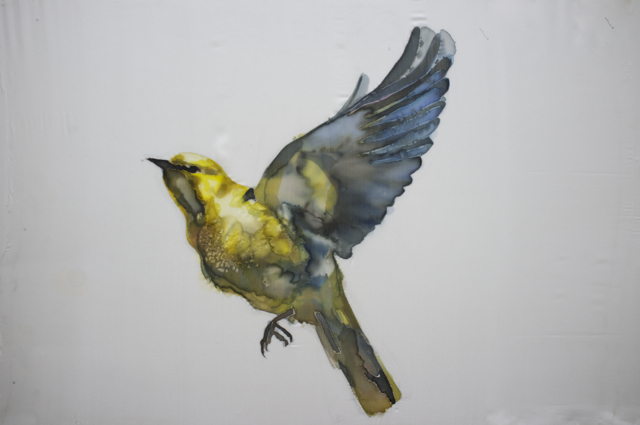 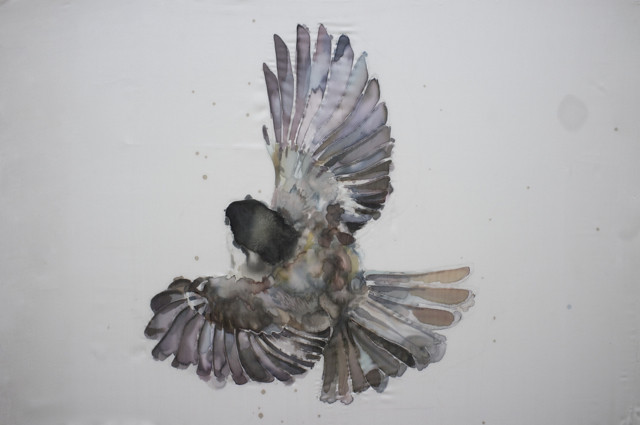 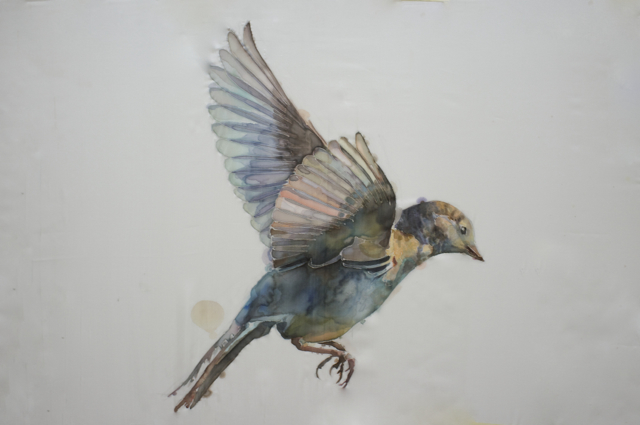 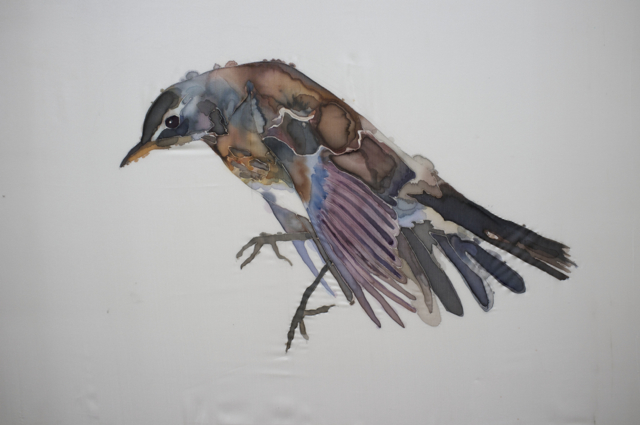 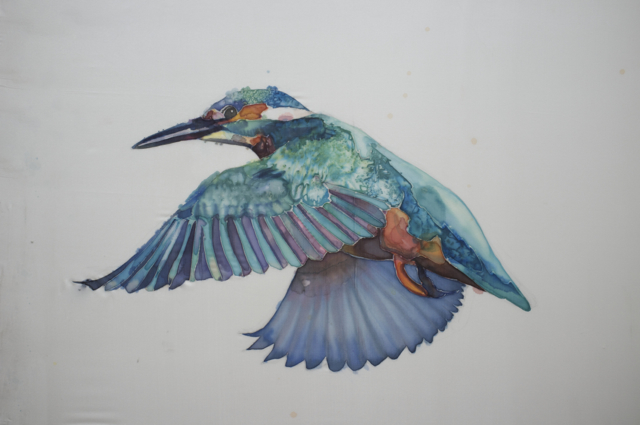 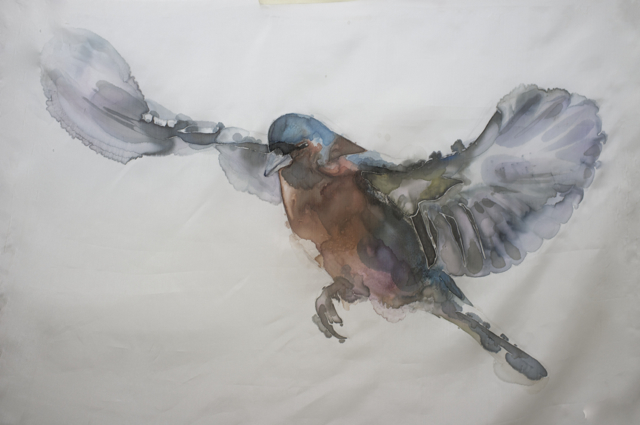 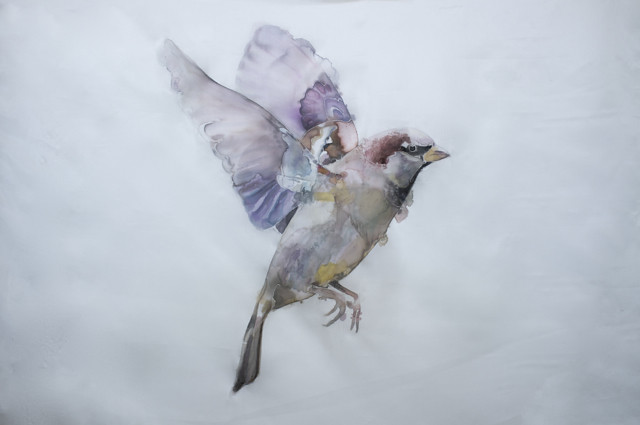 Gabriella Hirst’s project Locals took shape while she was living at the Zentrum fur Kunst und Urbanistiks (ZKU), Berlin in early 2014. While there, a vacant lot next to ZKU was slated for commercial development, and she learned from locals that a total of one-hundred and eleven 45-year old poplar trees had been felled to make the space for a new supermarket. When the trees had been felled, 24 bird nests were found in the remnants. In response to this, Hirst painted 24 species of bird onto silk flags and installed them on the development site. She explains:

Passers-by and residents from adjacent buildings joined me in placing the flags in-situ. The painted flags were left in the wasteland, vulnerable to destruction. Until their complete disappearance, they occupied the space as a symbol of simultaneous fragility and defiance: a site-specific reminder of the losses involved in uncompromising urban development, and a physical metaphor for the nature of combined community voice in a fast-transforming urban setting. Some of the souvenired flags turned up on the balconies of local community members who currently use this space recreationally, where they are still “flying” today.

More information on the artist is available at gabriellahirst.com, and more details on the Locals project can be found at cargocollective.com/localsmoabit. 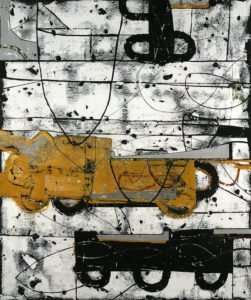 One by: Erik Gonzales
Erik Gonzales currently lives and works in Phoenix, AZ. More information and…