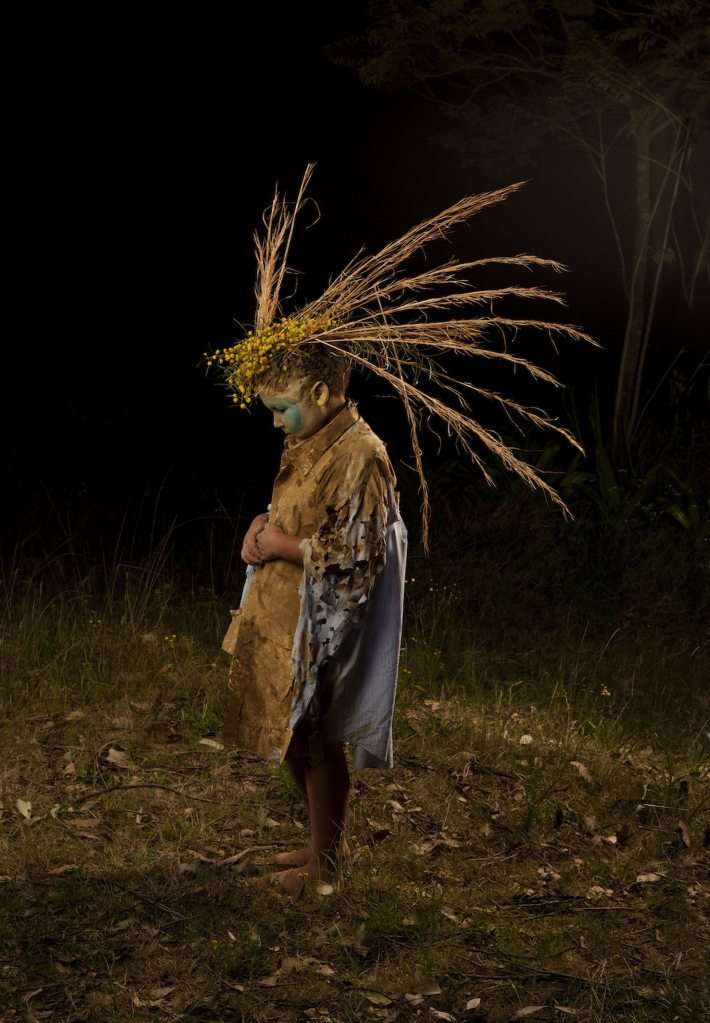 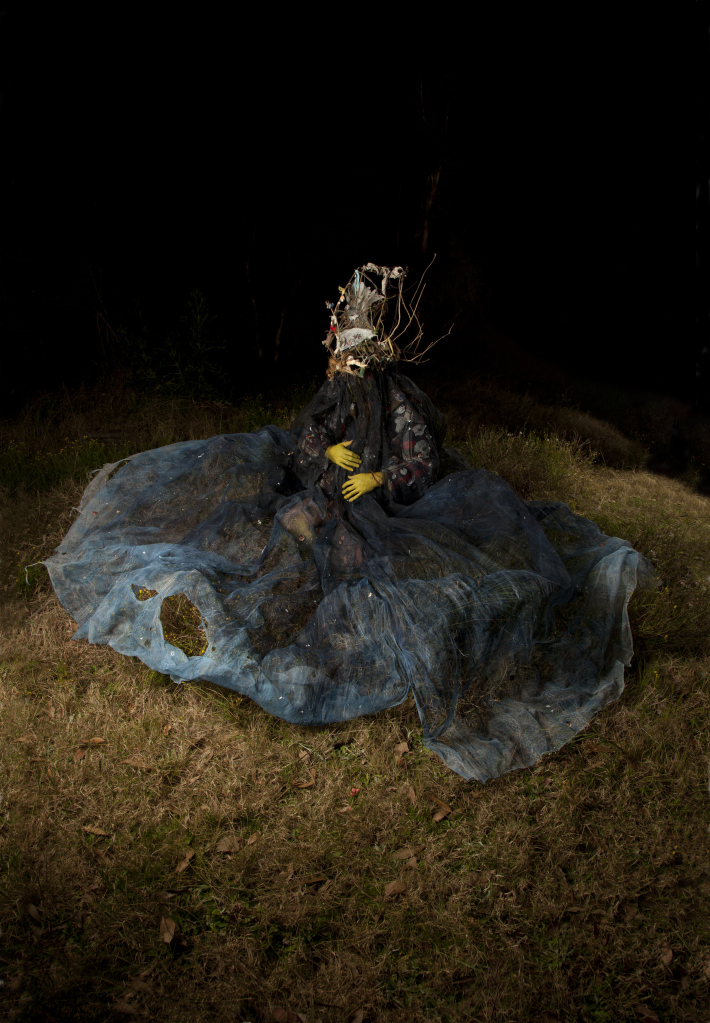 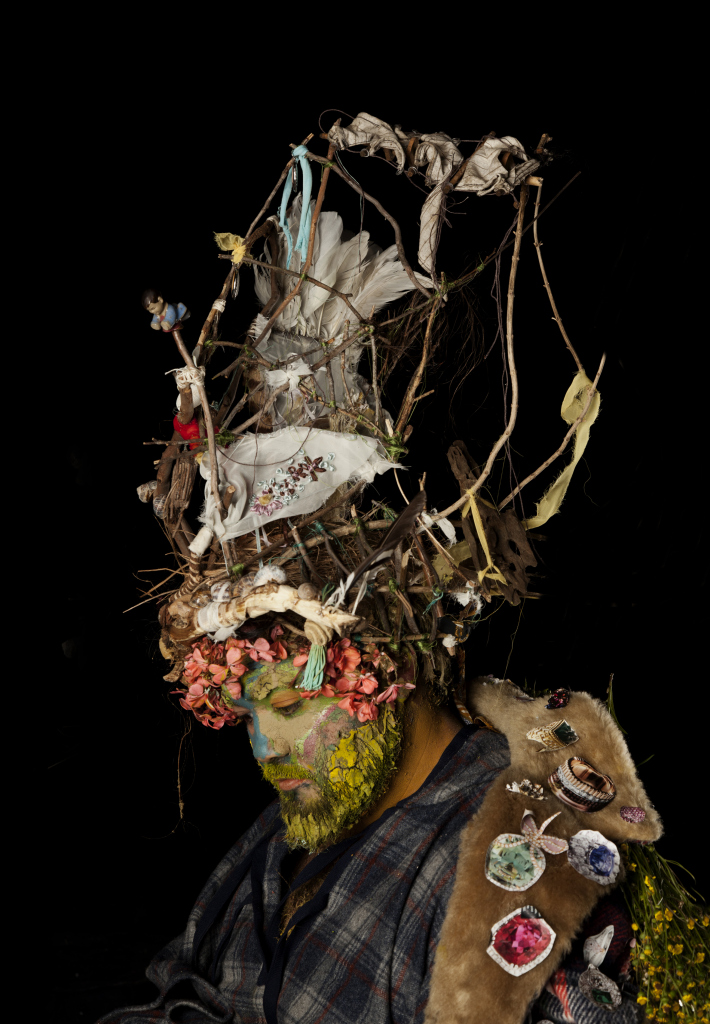 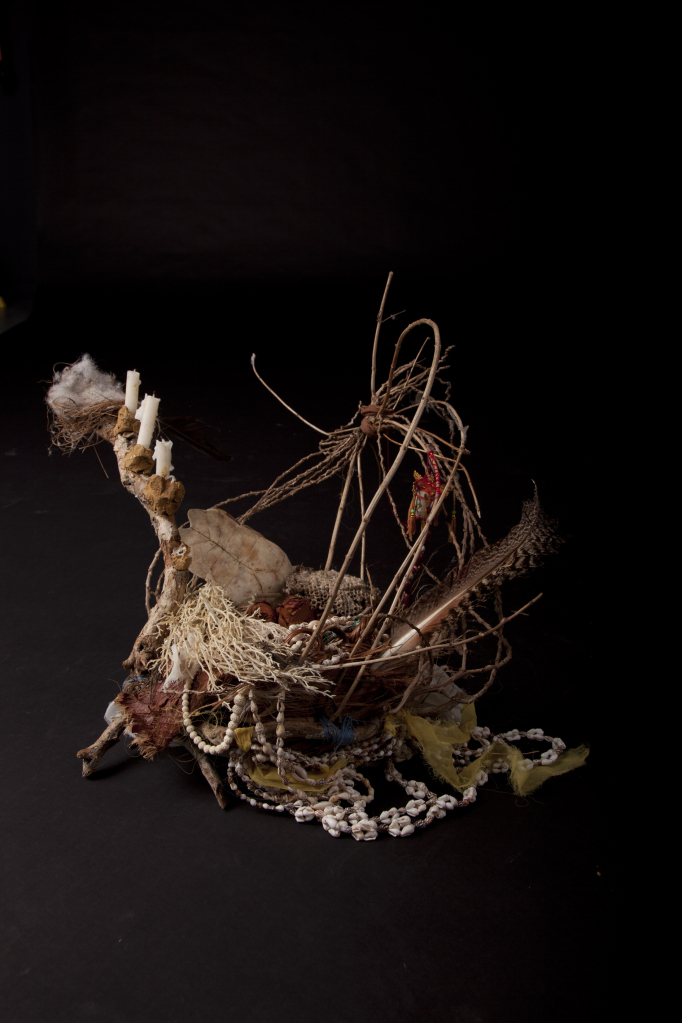 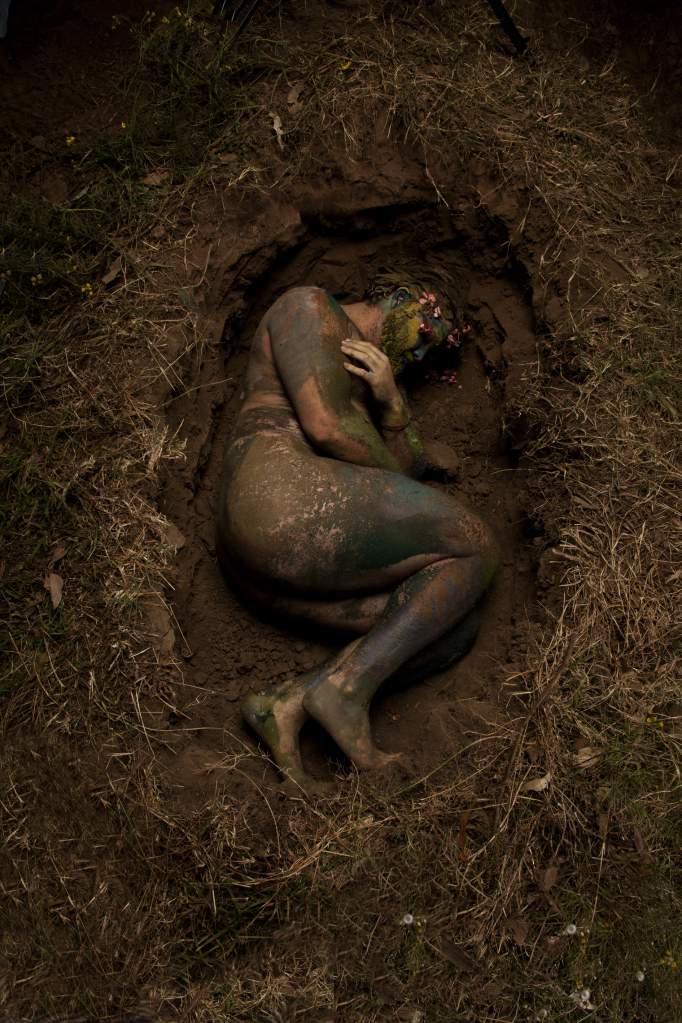 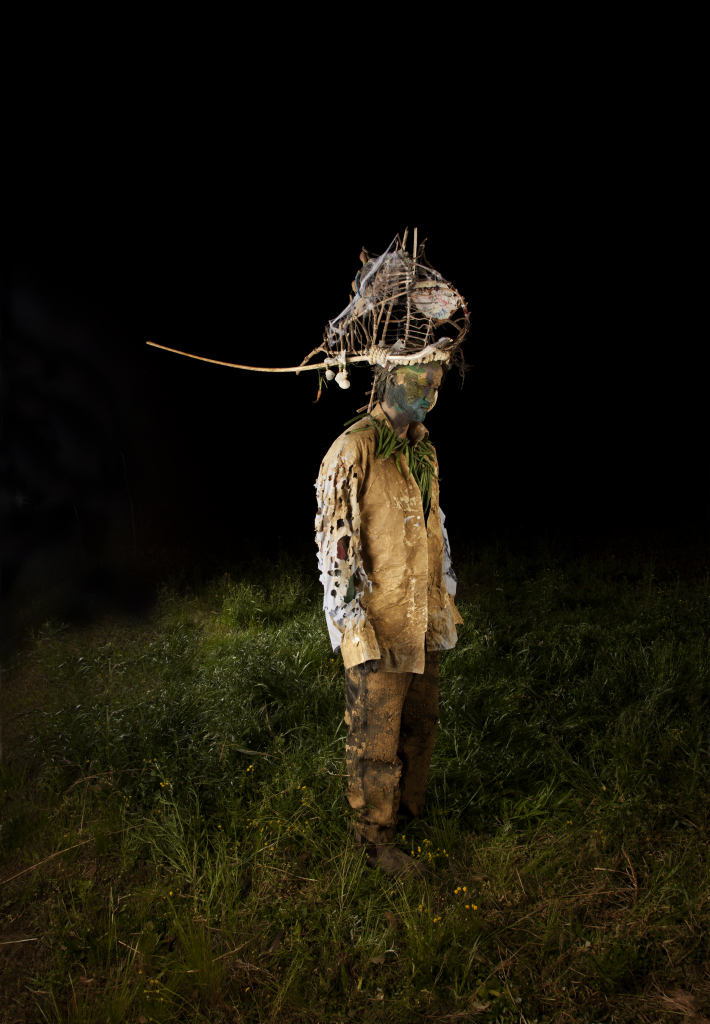 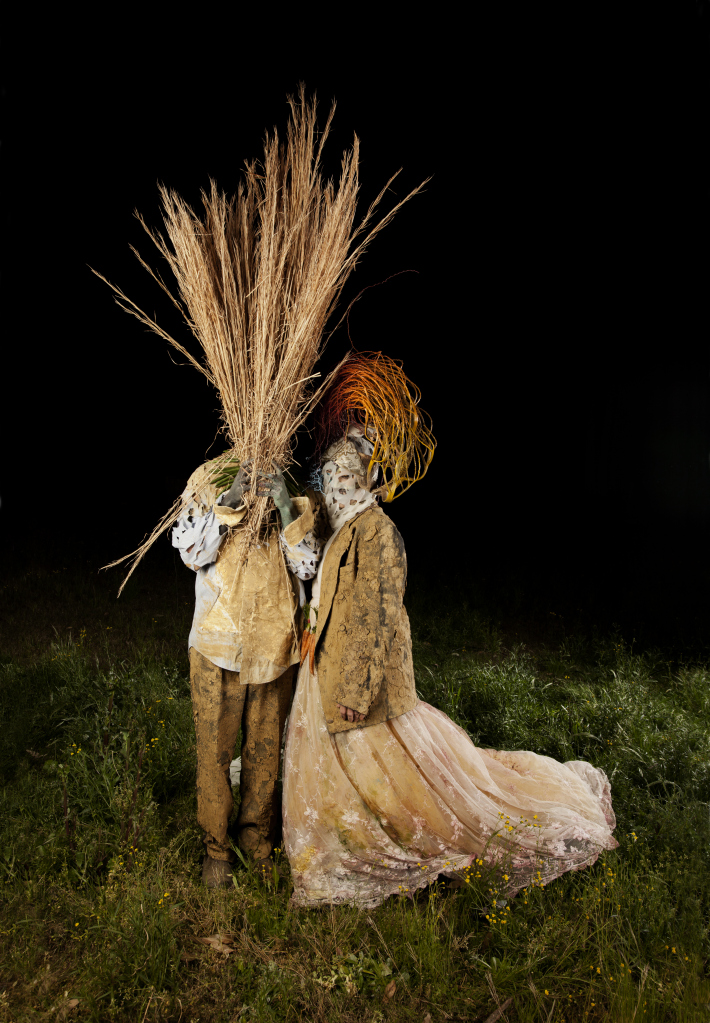 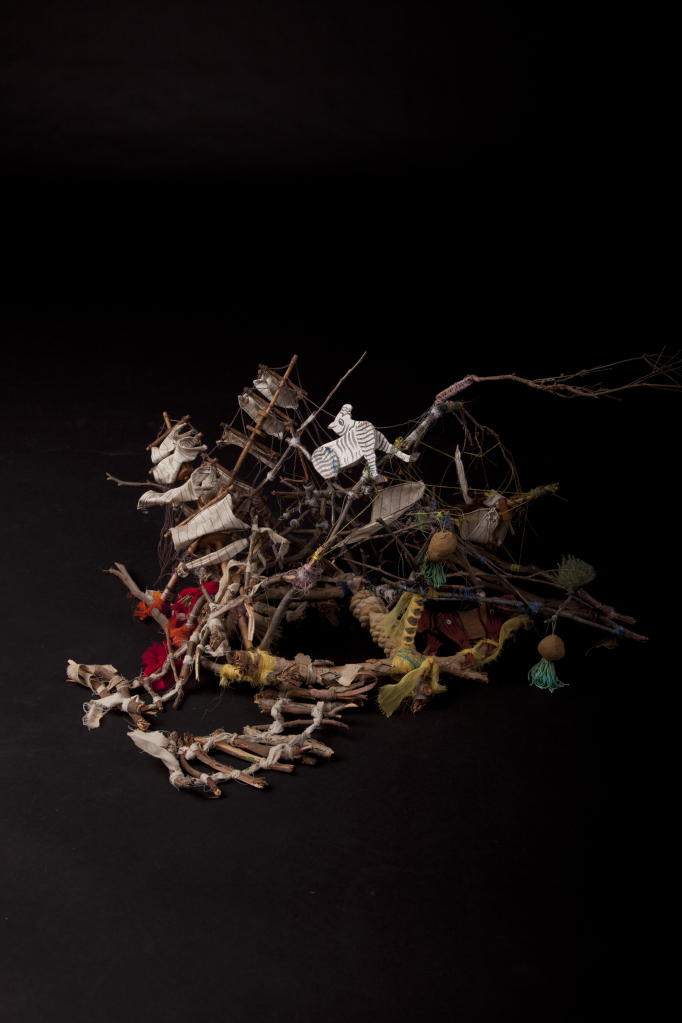 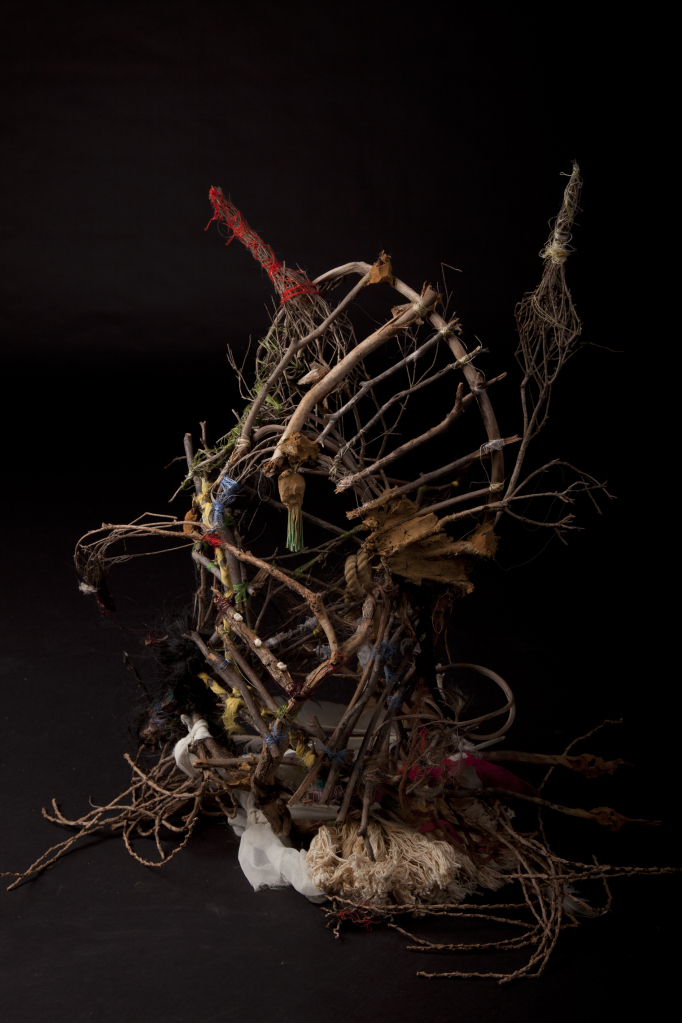 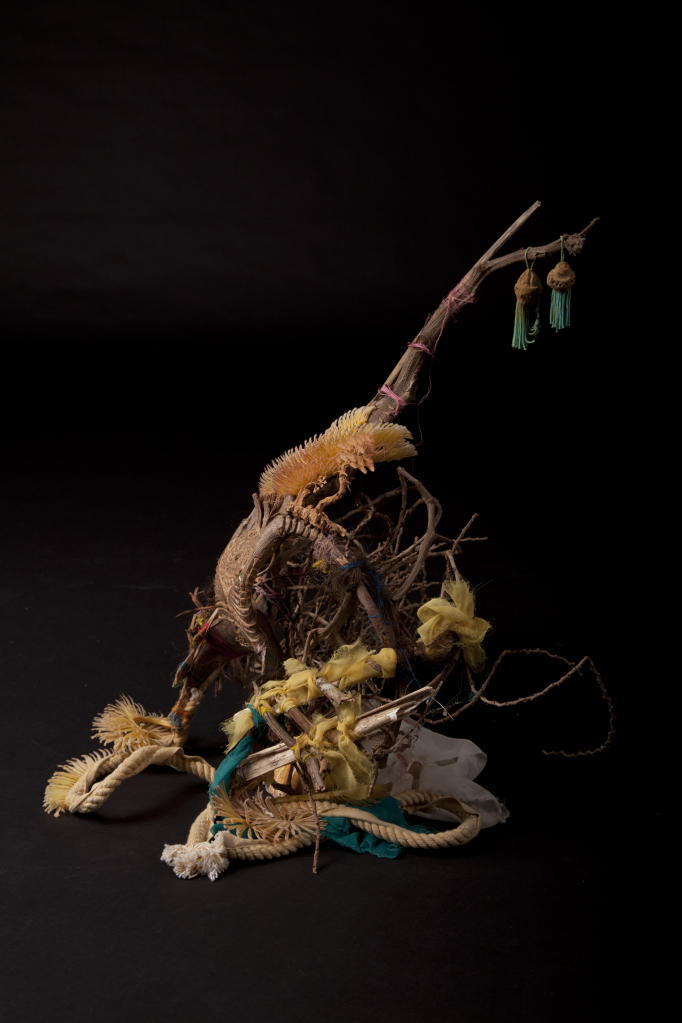 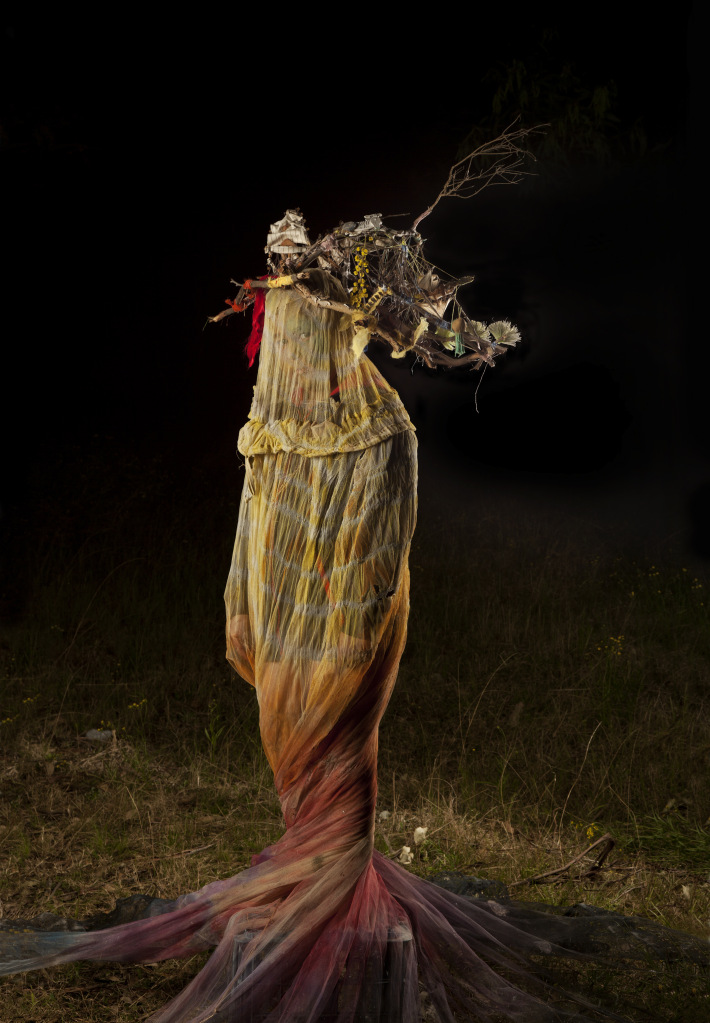 What first drew me to the work of Shan Turner-Carroll, who is currently pursuing an MFA at Newcastle University in Australia, was his enigmatic series Hattie and Nellie which show a flair for drama and dark energy. I decided to feature, instead, images compiled from two other related series, Primal Crown and Crowns which both explore identity and self-discovery through photography. Turner-Carroll’s research for these pieces revolves around tribal ritual and imagery deeply rooted in personal experience and memory of his own upbringing in the Australian bush.

The artist’s interest in performance and theatre is channeled through the stage-like setting of nighttime photography and intricate costumes, which he hand-dyes with homemade natural dies from plants and food. The crowns themselves are fascinating assemblages of objects, made from twigs, scraps of fabric, bones, and other unusual items like candles, model ships, toys, and baby teeth — all of which connect the artist to his subjects and his own history and identity.

The nighttime photography suggests documentary-style footage reminiscent of nature and wildlife films, playing off the idea of the artist encountering the unsuspecting subjects in each image as if in their native environment. In his exploration of identity and the human condition, Turner-Carroll includes himself in the images as much, if not more than his other subjects, turning the lens on himself and therefore outrightly expressing his own important role in his process: rather than outsider looking in, he is insider looking even further inward.

Much more of Shan Turner-Carroll’s work and information can be found at shanturnercarroll.com.

All images courtesy of and © Shan Turner-Carroll. 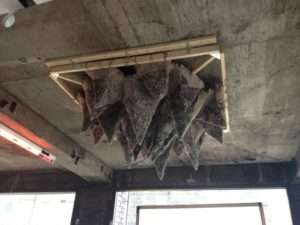