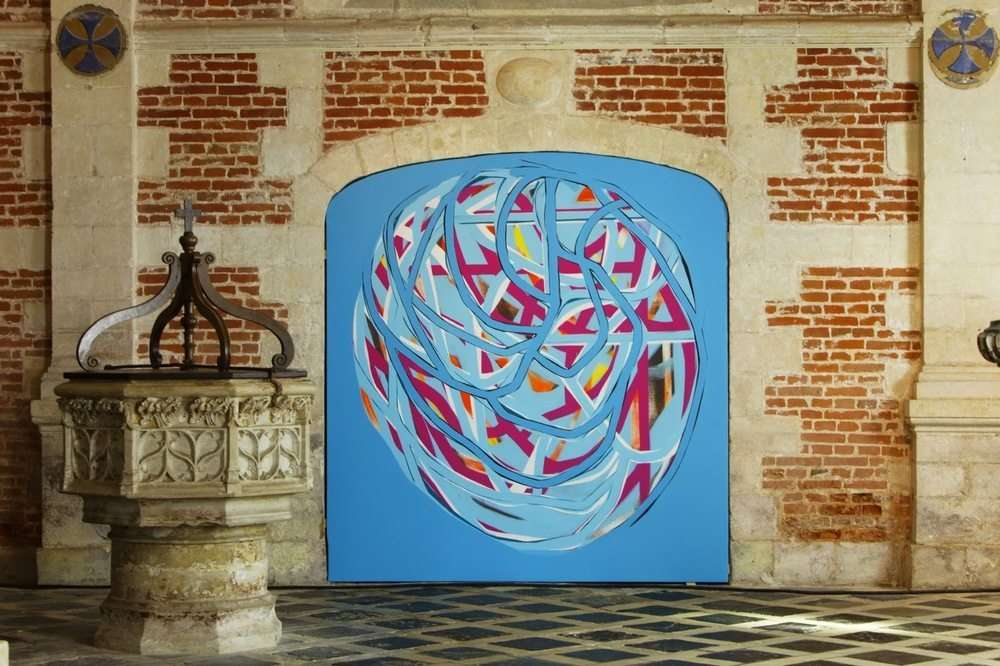 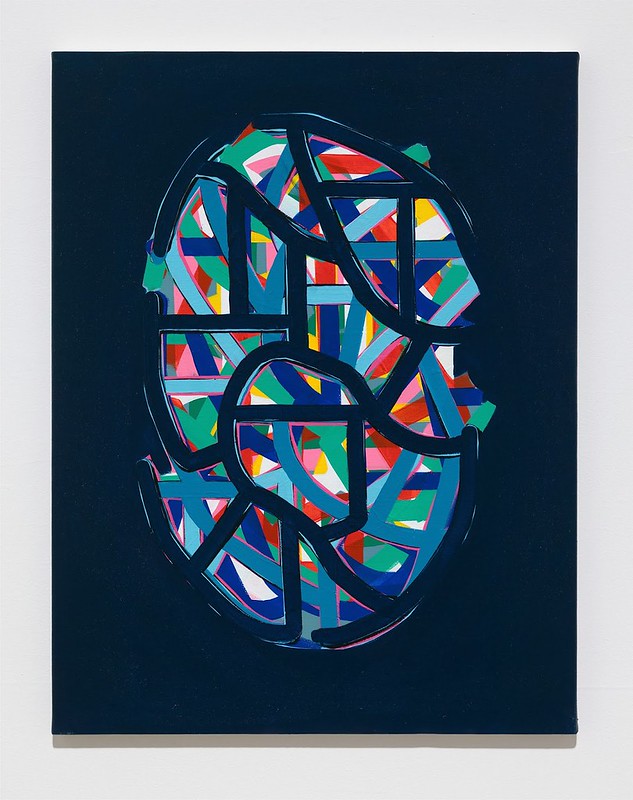 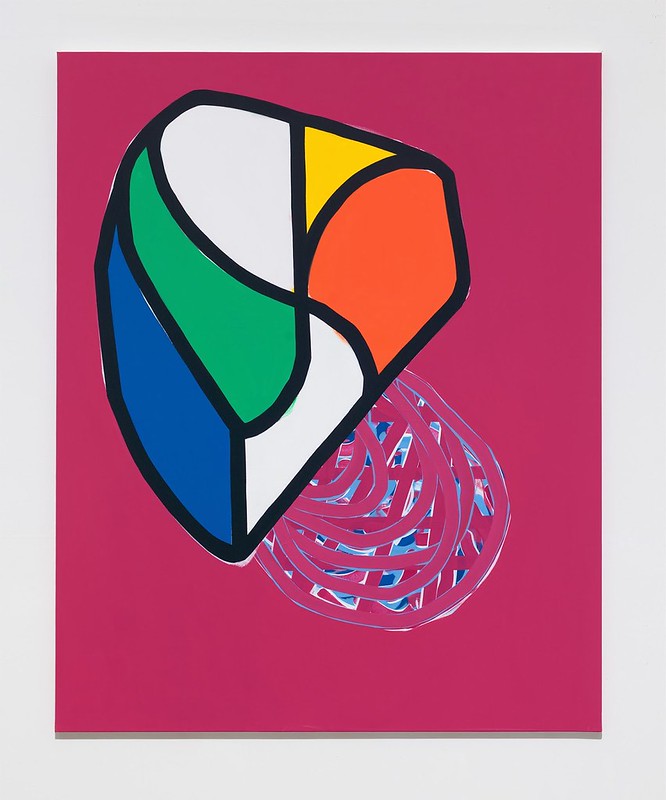 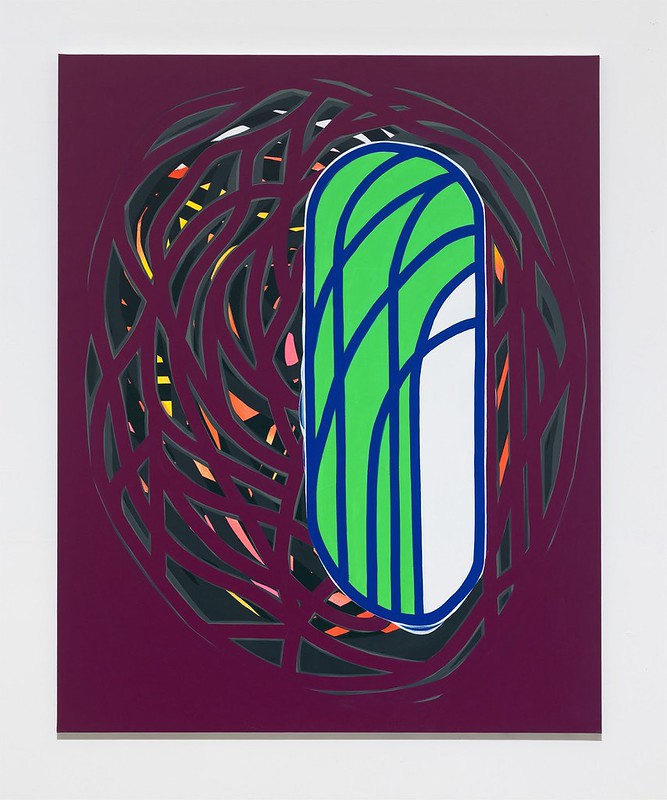 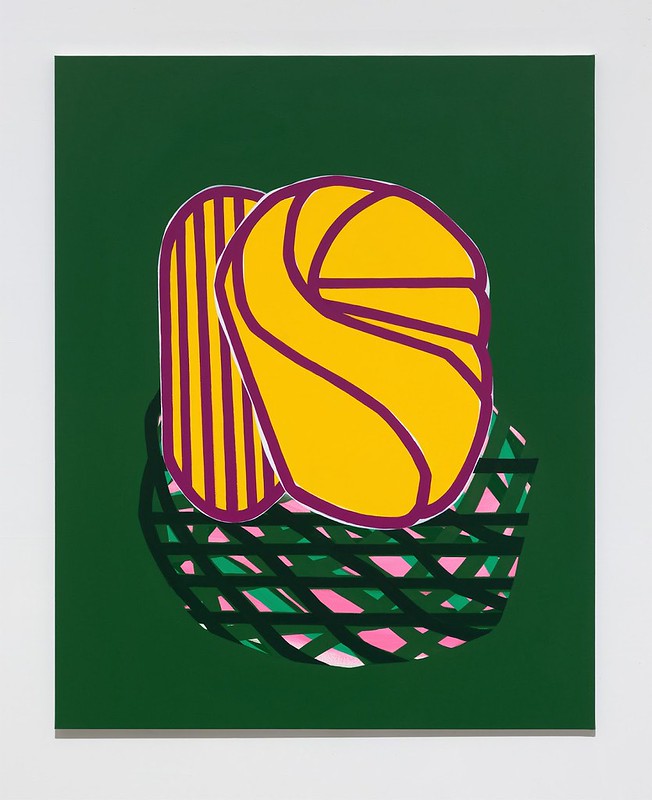 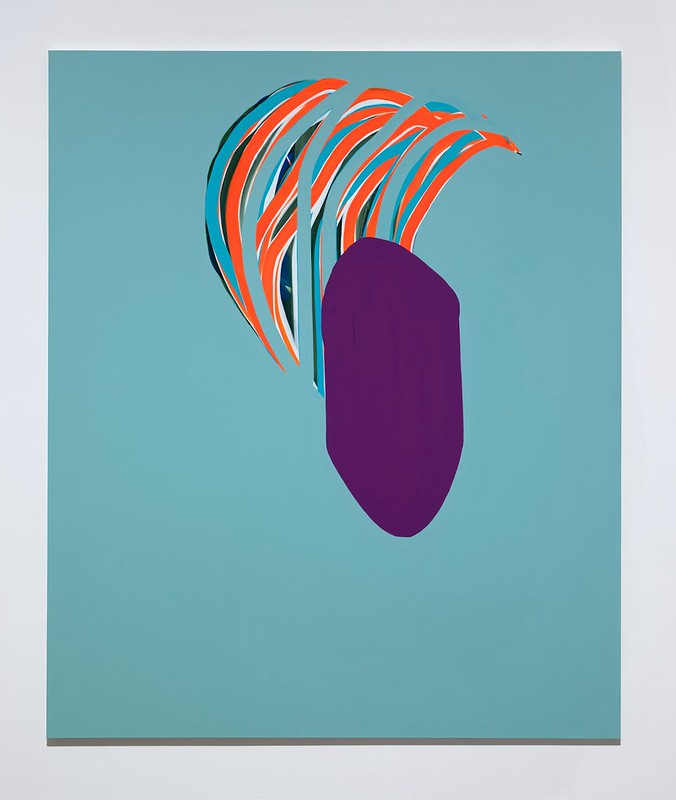 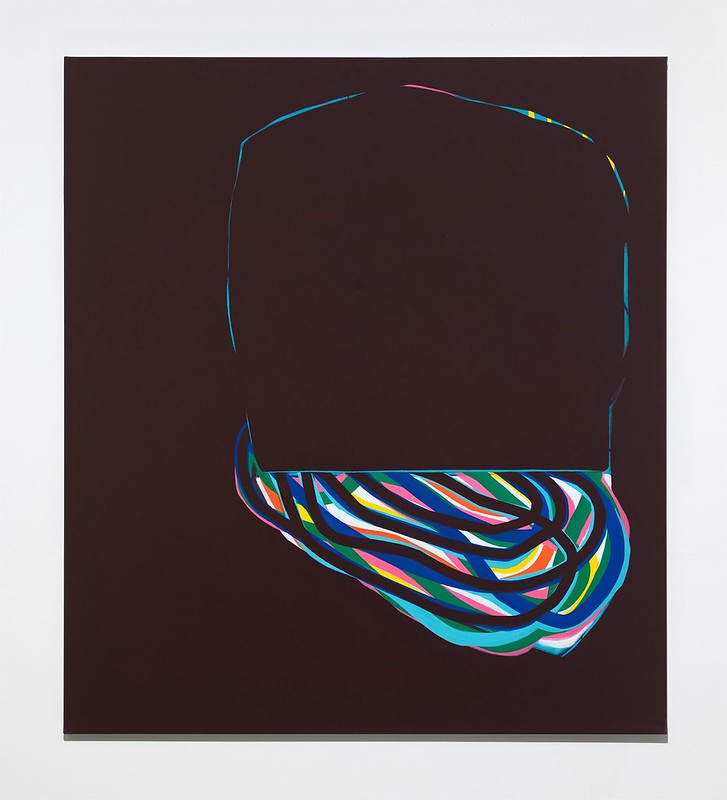 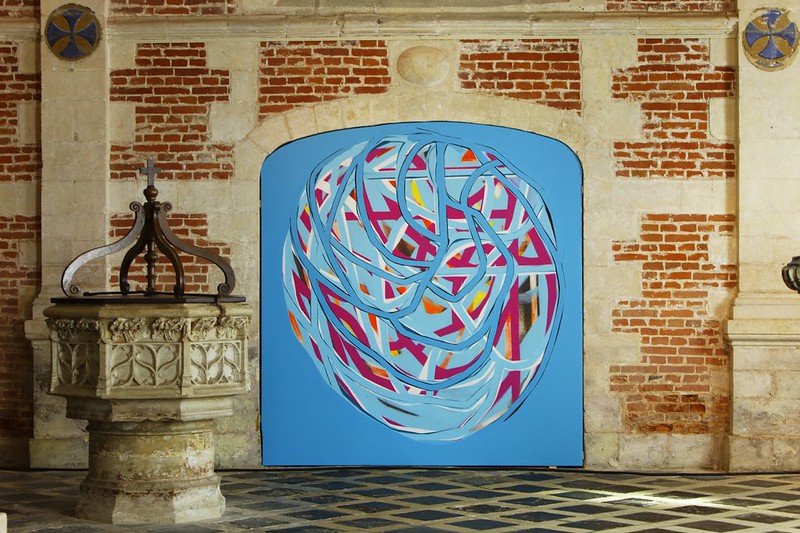 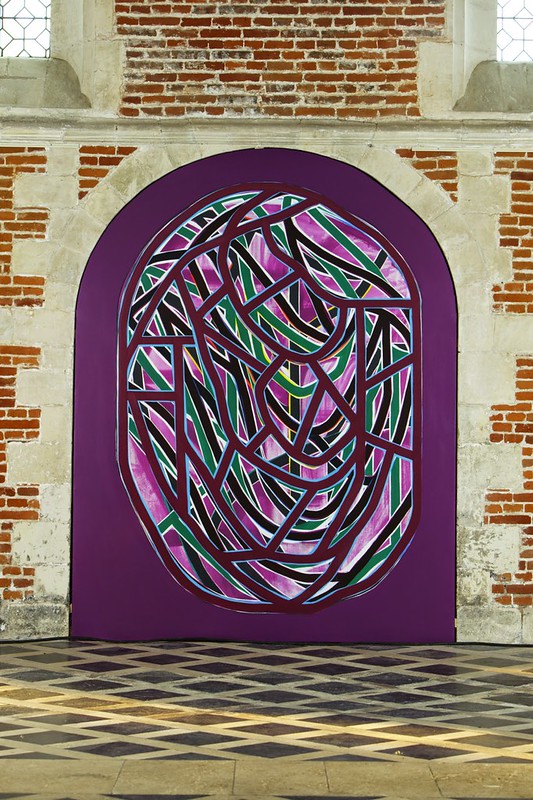 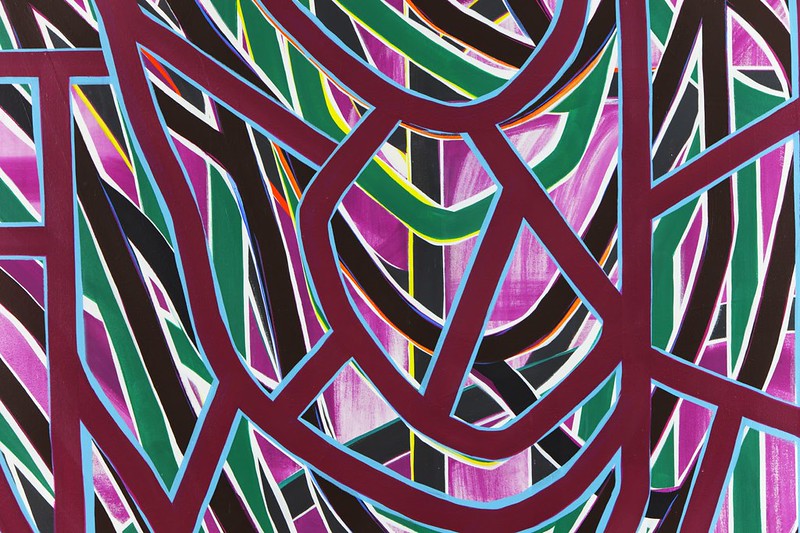 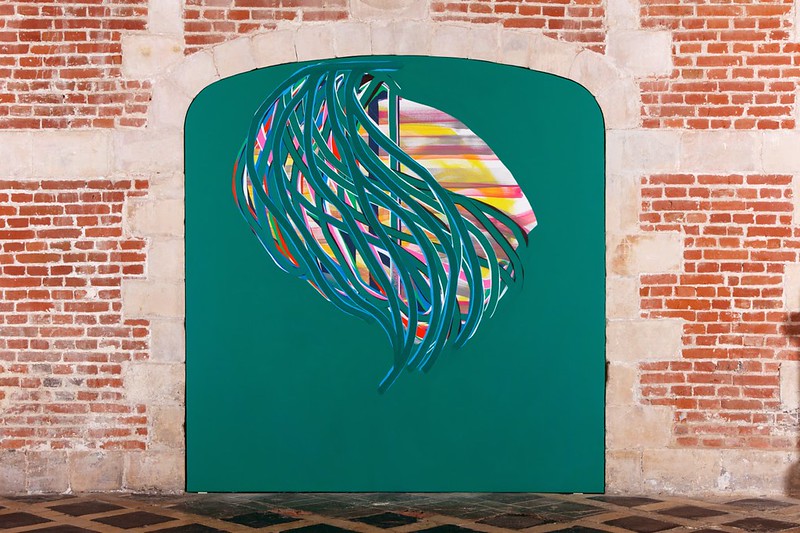 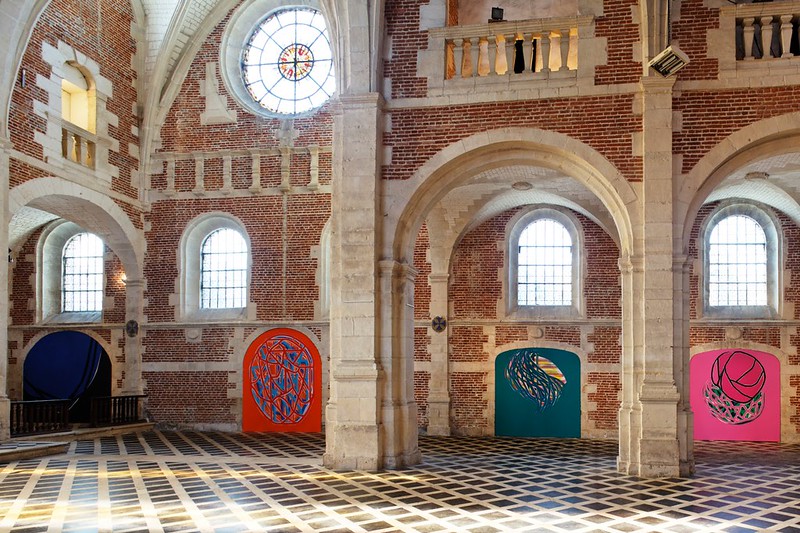 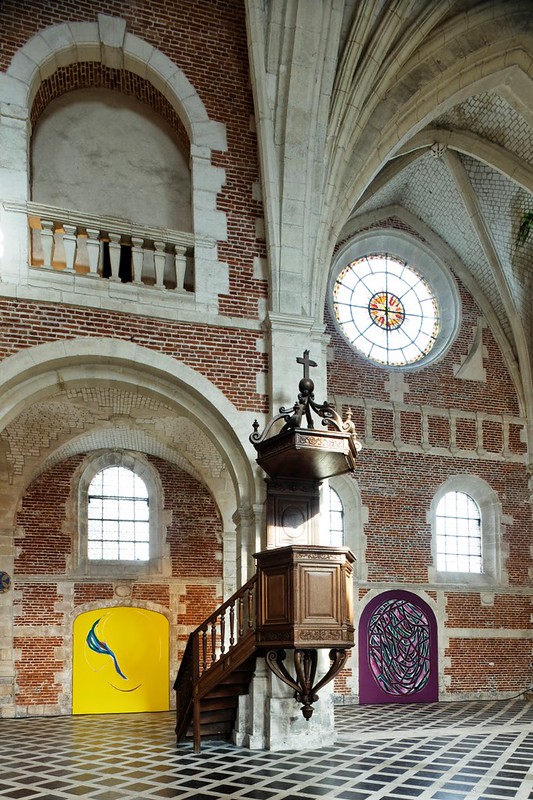 The undulating, web-like forms in the large-scale work of Paris-based painter Soo-Kyoung Lee swirl and extend from beneath the surface of the canvas. Some of the masses are fully formed while others are only just starting to appear through the surface. In Chocolat, the surface appears almost like a portal of some kind, like a stone pushed aside, perhaps trying to contain the movement and energy that spills out from inside.

The concept of the portal is not lost in the installation at the Chapelle du Collège Eu, Normandy, where the paintings are stretched to fit the arched doorways along the wall of the church. While the colors and the surface are essentially flat, placed in doorways they becomes studies in perception and consciousness.

The artist’s works are not meant to be representative; her goal is to, by eliminating the subject, to make the work the subject, and to leave interpretation entirely up to the viewer. She describes her process like facing into a void until, sometimes after hours of studying the blank canvas, she begins to work. She describes the gap between thinking and seeing while painting as “very narrow,” in which “an action leads to another, colors confront themselves and harmonize in a movement” that proceeds to become an artwork.

The brilliant color initially hooked me to this body of work, but a painting can certainly be bright and lack power. The scale, and the way that the colors “confront themselves” possess exhilarating force.

Soo-Kyoung Lee was born in Seoul and moved to Paris where she has been working for the last 15 years. More images and information can be found on the artist’s blog, sookyounglee.blogspot.com 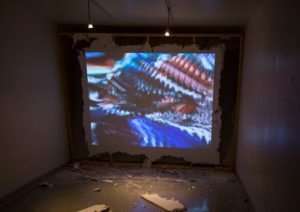