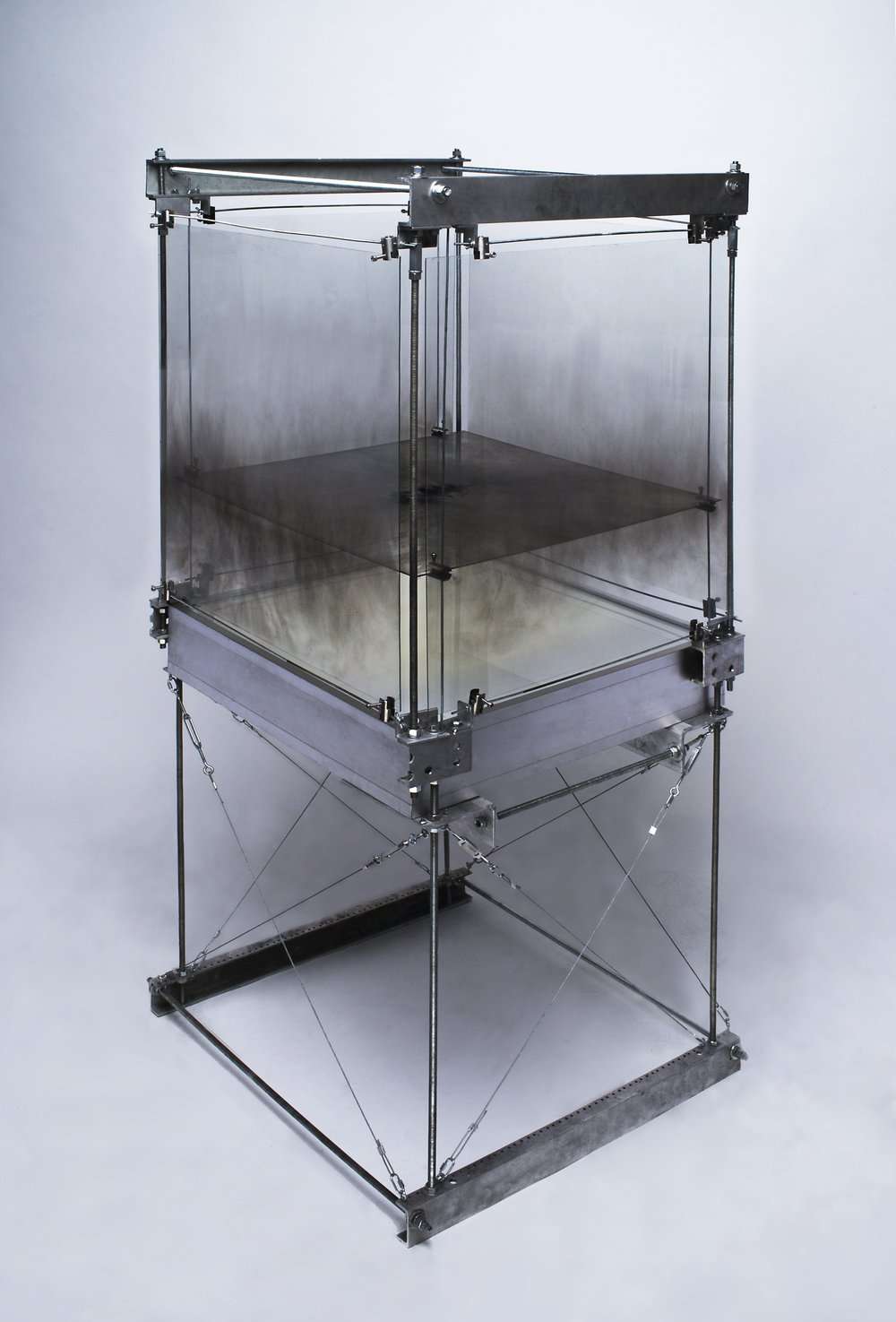 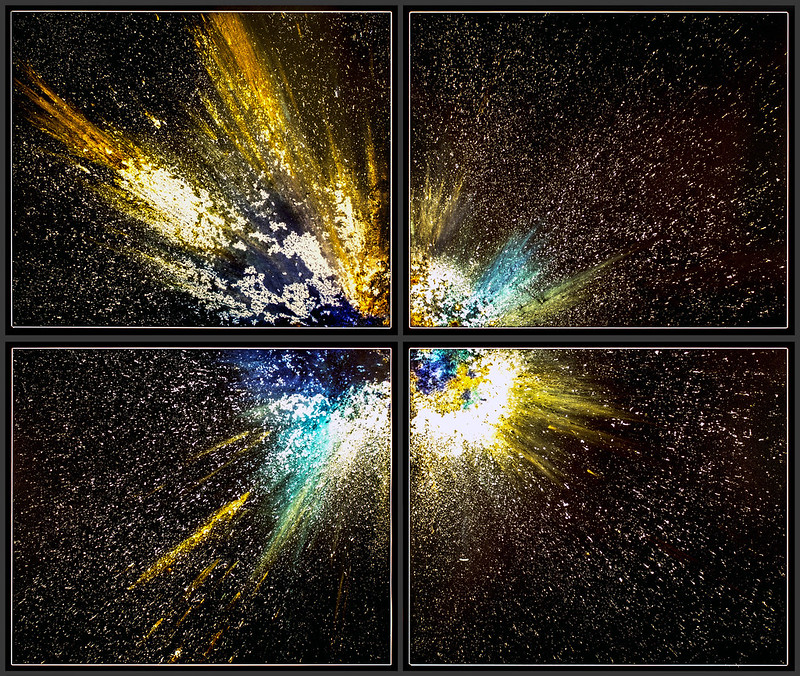 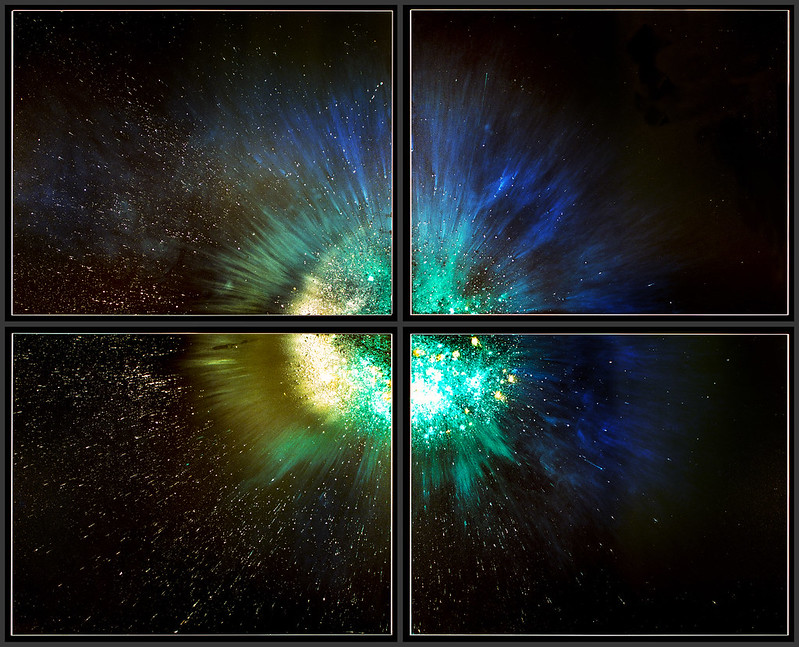 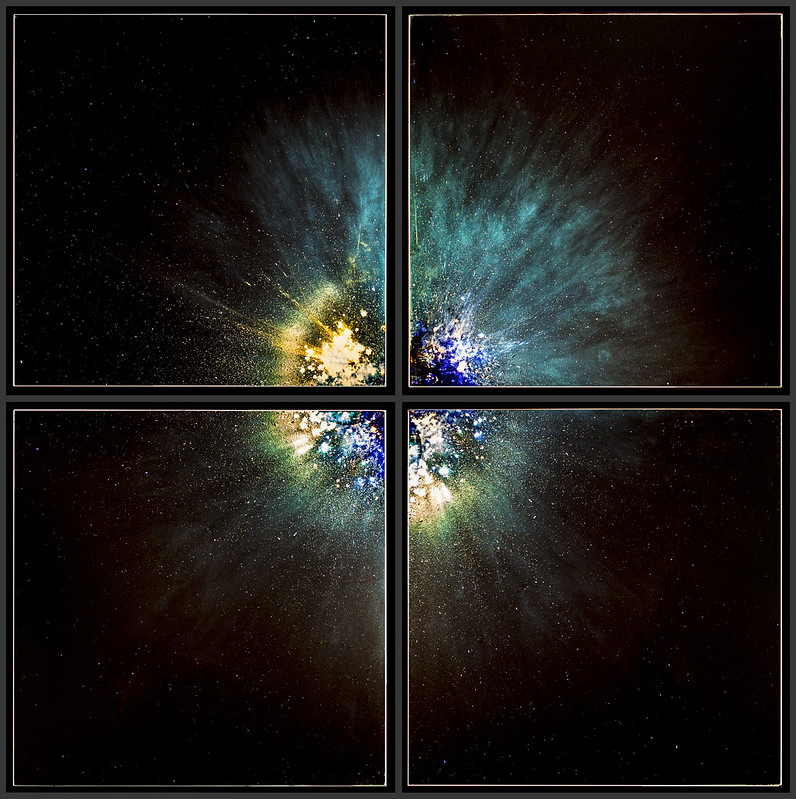 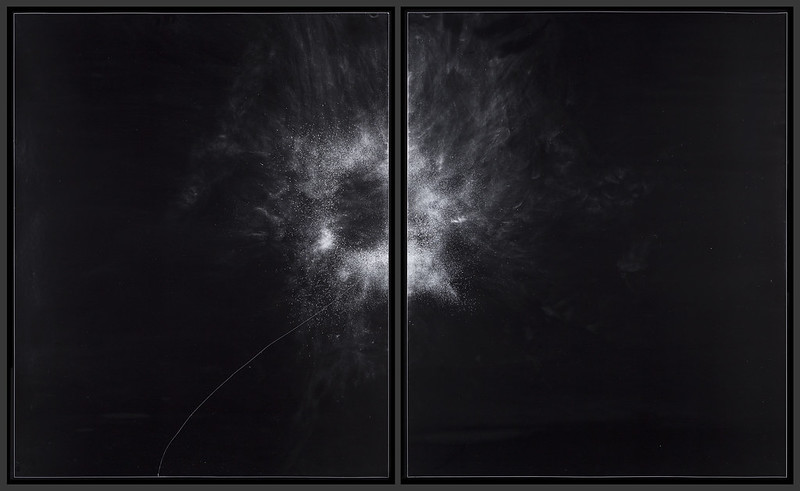 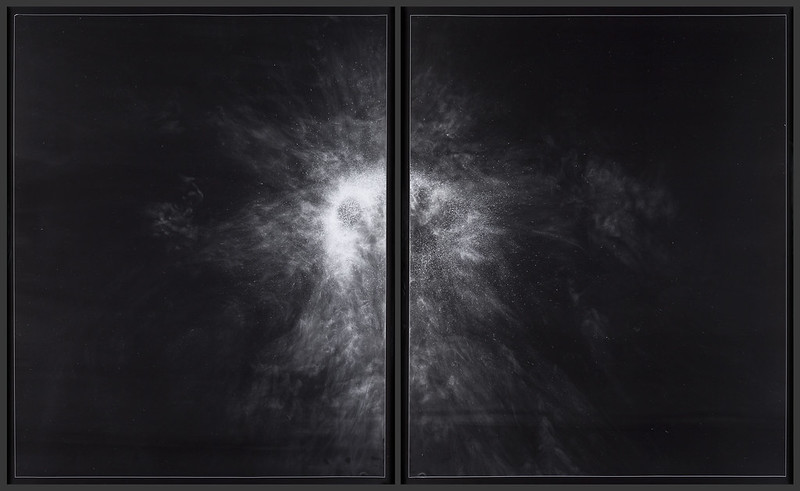 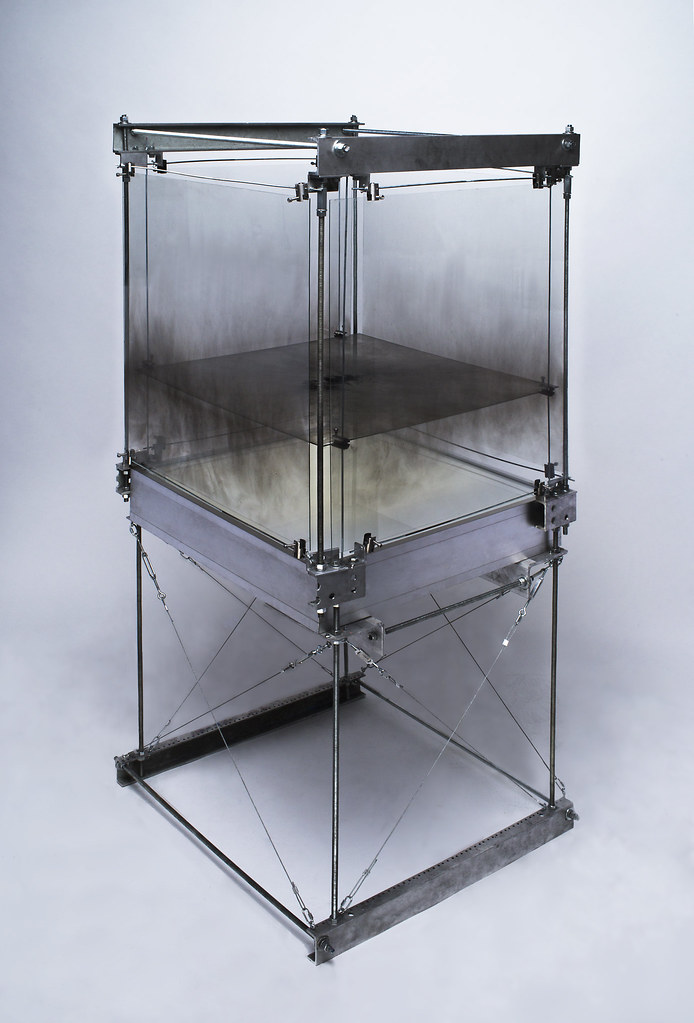 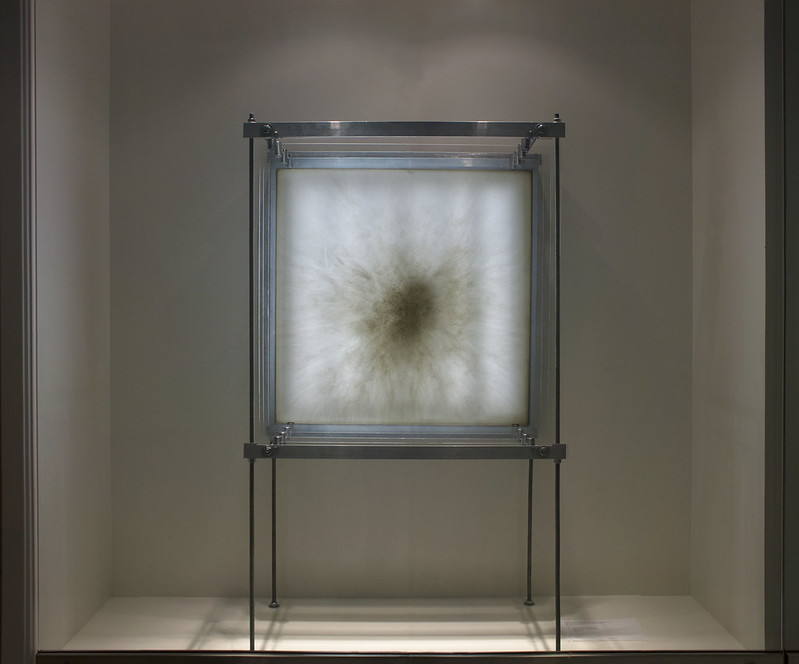 Kauppila’s I.O.P. I.E.D.’s (Inside Out Printer Improvised Explosive Devices) explode printer toner onto glass plates from which photographic prints can be produced. The glass plates effectually stop the explosion’s projection, but Kauppila sees them as cross-sections of the explosion, and in his Scaffolds they are presented in layers as if the explosion itself could be peeled away plate by plate. And although he names them fittingly with cosmic titles like “Big Bang” and “Yellow Giant” that refer to outer space, epic mass, and intangible physicality, the glass plates remind me of exaggerated microscope slides which, of course, take us into the microcosmic and endless wonders of minuscule mass and, again, intangible physicality.

Using a medium like printer toner, which brings to mind the banality (and mundanity) of the ubiquitous office copy machine, and basically blowing it up, touches on the implicit opposing forces at work in these pieces. The titles hint at enormity while the particles appear microscopic; the everydayness of the printer toner seems at odds with the violence and uncertainty of an explosion. Even the series title that includes “I.E.D.” evokes images of unpredictable and cruel violence, often associated with the Middle East. And despite this association, particularly the Scaffolds and the black and white images are peacefully mysterious. But maybe not too peaceful, as the glass is fragile and prone to breaking, adding yet another dichotomous element to the mix.

Check out much more work by Jesse Kauppila at jessekauppila.com. 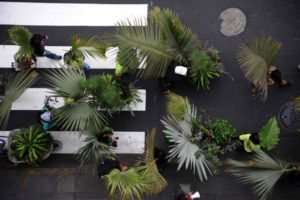