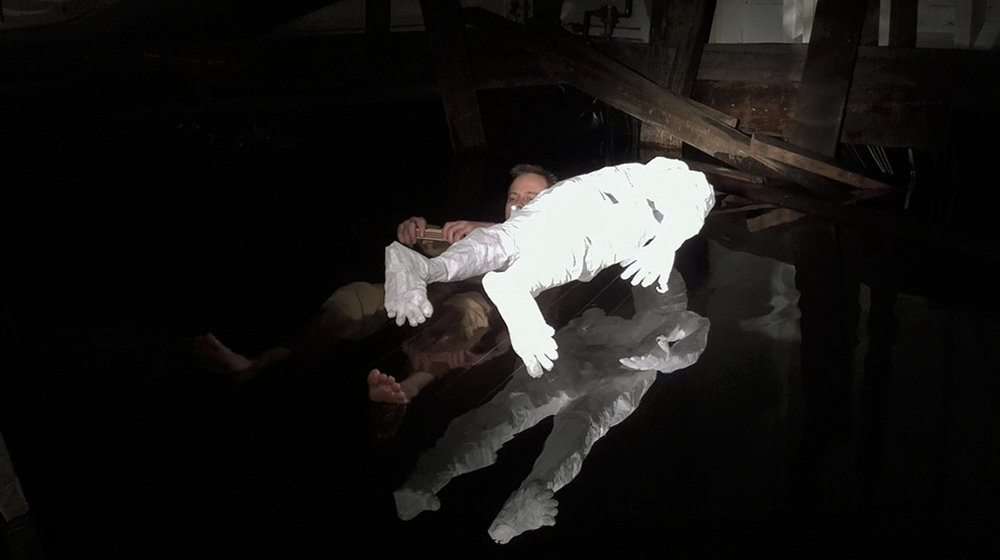 San Francisco-based Jeremiah Barber’s interdisciplinary practice explores ‘transcendence through absurdity and humor, tackling the impractical object, the impossible task, and the weariness of time’ through performance, sculpture, photography, and film. I was drawn at first to the performance just above, Other Half Orbit, 2014, an 85 minute performance with Ingrid Rojas Contreras at Southern Exposure, San Francisco. Barber explains:

In 2007, Ingrid briefly lost her memory in an accident, an event that inspires questions about self, identity and personal history in this performance. We lay half-submerged in a wide pool of water, the images of our bodies completed by our reflections, speaking of half-remembered moments, dreams and memory loss; the sound of our voices passing through both water and air.

It is a powerful look at how significant our memories are to us both sentimentally but also as a means of identifying ourselves as we are now and who we have been or known in the past. The work draws on the phrase ‘half-remembered,’ something only partially recalled, and how the parts that are not clearly remembered can be filled in, as it were, with what we suppose might have been.

Barber’s work carries a theme of identity throughout: many of his works address the body and self, such as If Only My Own Person, 2013, performed at SOMArts Cultural Center, and Dreamburn, 2012(pictured below), for which he constructs models of himself.For Dreamburn, Barber salvaged materials from a house waiting to be demolished and built a ‘negative version’ of himself which he then destroyed. If Only My Own Person explores a separation of mind and body, the flashbulb illumination allowing only the briefest, almost subliminal glimpses of the performance, allowing Barber to construct something akin to live photographs while the audience tries to connect sight and sound as Barber appears to try to connect himself to his ghostly second self.

More examples of Barber’s work can be found at sustainedbyvisions.com. 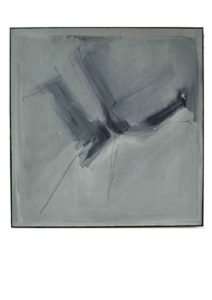