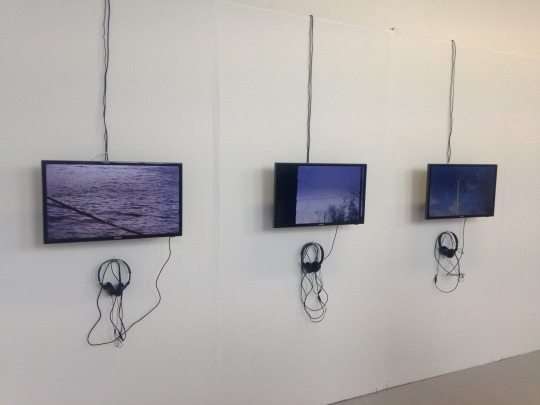 Back in April I was involved with a student-curated exhibition of Edinburgh College of Art student work, inspired by the work of Louise Bourgeois, called Confessional Art-Art Confessions. It was there that I came across the work of Hazel Powell, and I followed up to ask her a few questions about her work and her practice. It went something like this…

I’ve just finished my third year on the Intermedia course. It’s been an important year for me for finding a focus within my practice. I was always going study the arts in some form. My mother studied art history and her knowledge of art and her creativity had a great influence on me. I went through periods of wanting to design, to paint, study geography, sociology: Intermedia brings these things together.

Art is a fundamental need to express something when other means of communication fail. Or perhaps a way to bring together all means of communication. It’s a language shared. It’s a way of explaining yourself clearly when nothing else can articulate a moment or a thought. It’s a reflective way in which to live your life; everything you do gets stored away somewhere, only to resurface during the making process.

Family, relationships, travelling, coming home again, my mother, the everyday, people. I’m drawn to work that deals with subjects with an amount of tactility and a kind of sensitivity. Then again I’m drawn to bold and brash work too. Ann Hamilton, Janet Cardiff, Wolfgang Tillmans, Anna Meyer and Camille Henrot are artists I’m thinking about at the moment. Writers, more often than not fictional, but occasionally historical or analytical, have a great influence. People such as Kate Atkinson, Marina Lewycka, Pierre Nora and Ollivier Dyens. The different ways in which they deal with time; jumping, slowing and bending, and the exploration into how we store memory, is wonderful.

The work began with an interest in time I suppose. Asking time to wait. An awareness of rushing time lead me to thinking about how to slow it, pause time and hold it in a static way. In the way a photograph captures the details of a moment and place in time, yet doesn’t necessarily evoke a moment, I wanted to create a pause in time that held something more evocative and personal. More human. I began to wonder how to capture a breath, a moment in time that is fleeting and transient, once gone it cannot be recaptured. Breathing into glass was a way of freezing this moment, making it something tangible. Something to be held and considered after the moment has passed.

Transient periods and time passing, how we notice it, how it affects us, these sort of questions form the basis of a lot of my work. I’m interested in how big events in our lives can alter the effect of time. Rather than answering questions, my work is a sort of a dialogue with these ideas.

A project often begins with photography, as opposed to drawing. I don’t think I know when a piece starts or ends, I know I want to communicate a certain thought in general; one work often flows into another in an ongoing series of connections. I like to have a few projects going on at once, one thing feeds into another and the overlaps can create new parallels and veins in a work. It stops me knocking my head off the wall if I can skip between works.

I find that travelling fills your head with a rich archive of things; conversations, people, different traditions and colours. I never know how these things will feed into a work, but they turn up somewhere. I think it’s imperative to my practice.

I’ve spent the last month putting together a sort of rain orchestra. The small openings in the blown glass forms, when upturned collect rainwater. When a droplet falls in a note plays. It’s quiet and very easy to miss. The rain composes an almost silent piece of music in this way.

I’ve got an exhibition at the Roseleaf café/bar in Leith opening 31st July and running throughout August. It’s a series of photographs from the rain project with an audio work to go alongside. I’m still doing all the last wee bits so fingers crossed it all comes together; at least there will be a wee opening with gin and tonics. — More information and images can be found at Hazel’s website, hazelmairi.wordpress.com and at hazelmairi.tumblr.com. 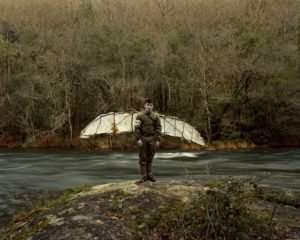