Through the glossy pages of magazines we learn that Oli Epp was born in London in 1994, that he’s a recent graduate of the City & Guilds of London Art School, has taken part in a score of exhibitions around the world, has won multiple prizes and is preparing solo exhibitions across Europe and the UnitedStates. And yes, you did read that correctly: 1994. That was the year when like everyone else you wore Reebok Pumps with a Chicago Bulls snapback and Beck sang: “I’m a Loser Baby.” Oli Epp is just like those super-talented kids, who bring out their fourth album at 23 having already invented a term to describe their own musical genres. Epp has chosen “Post-digital Pop” and his paintings are hits on Instagram, where he has quite naturally over 8.000 followers. The day he graduated, he candidly announced the sale of all his works through the hashtag #sold-out, with the press already hot on his heels.

With all that in mind, it seems reasonable to come up with a biblical play on words concerning his name. It’s important however, to point out that while our child prodigy owes much of the extraordinary diffusion of his oeuvre to the social networks, it is still a pure product of the artist’s workshop and his interviews paint a traditional picture. He spends an infinite amount of time in the studio; his paintings begin life as (vectorial) drawings and they take in a wide spectrum of the history of art as well as his personal mentors (such as Dale Lewis) and venerated masters (like Piero della Francesca, whose Portrait of the Duke of Urbino, Epp says “knocks him dead”).

Coming back to the title, the irony is that of using mystic vocabulary to adorn the prosaic symptoms of a banal and globalized everyday life, of which our young painter is the self-appointed bard. The emphasis is as much on his own narcissistic syndrome as that which afflicts his self-absorbed figures as well as the common man. To put it another way, his use of humor, which in his work borders on genius, goes side by side with a strong sense of self-depreciation. As for the pathetic figments of humanity that appear in his work, they are sourced from an autobiographical tale of ordinary life, an earthly material world shared with other connected beings, their imperfect bodies condemned to wander until they find their way to the local fitness center or tanning salon. Epp’s appetite for observation captures ineffable encounters such as that with a group of young delinquents defending a sandpit, their American baseball caps as a rallying sign (Bad Bananas, 2017), or the guy at the counter of a McDonald’s Drive-thru, whose arm holding out the order displays a proselyte “Carpe Diem” tattooed in gothic lettering (Carpe Diem, 2017). This pointed sense of social satire also lets through a glimpse of a sincere tenderness towards his fellows, particularly as they deploy so much energy in maintaining signs of identification in the confusion of the mainstream.

In most of Oli Epp’s contemporary portraits, the bodies, obeying the laws of evolution, have been reduced to frail membranes wandering through the margins of the compositions, in which identical hypertrophied heads, deprived of mouths, eyes and ears, seem to have swallowed them whole. The only things spared are the branded accessories embodying the promise of individuality despite the commercial success of these almost religious symbols or the degree of ambiguity in the inscriptions to be found in tattooists’ studios or on rubber bracelets. These objects are regurgitated on the surface of the canvas and are subject to a naturalistic treatment in an allegorical way, similar to the secular painting of the 17th century, where the physical presence of everyday objects is a symptom of transcendence—Oli Epp quite possibly took advantage of a residence in Madrid to visit the Prado and borrow some ideas from Velasquez. The same applies to the prosthetic attachments, which link these heads left without orifices or means of enjoyment to their clouds, their fantasy existences on social networks, while other stigmata of their neuroses, like the hairy mole protruding from a balaclava during a Gay Pride march, are details executed with graphic simplicity, which has already proven effective during the artist’s pink period (last year). This use of realism creates tension with the extreme planarity of the paintings, composed of smooth surfaces that intersect in colorful transparency. It is clear that for Oli Epp the subject of identity in this era of new technology is only important in the way it is treated using the painter’s means. And this transposition of the world’s superficiality onto the painted surface gives rise to moments of perfect grace. 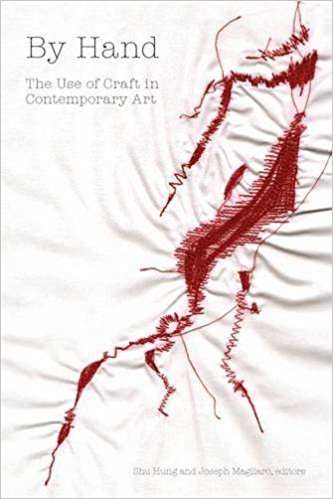